I had fun in Brunei despite being annoyed with some people. But heck, let bygones be bygones because this was my first flight in my life, ever! So I won't let anything that goes wrong affect me. I just want to be happy and excited to be on my first flight. I love those sight-seeing and mind the mosque dome that is made of gold! Brunei is one of the many countries that does not have debts from other international banks or other countries. It's a quiet country. It sounds boring! They don't really have night life since it's strictly governed by Islamic rule. Even as for shopping, there's nothing much interesting and their malls are somehow deserted I would say. Not many people patronising the mall makes more room for us shoppers. Enjoy the photos! 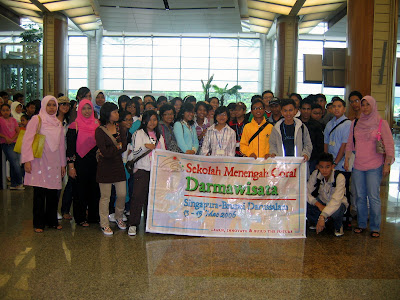 At the airport before taking off from Terminal 2. 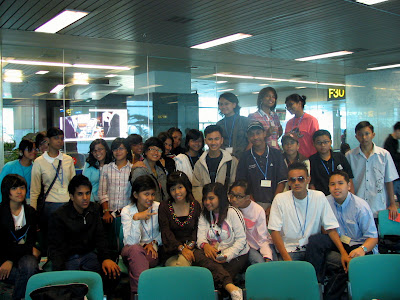 Before jetting off by Royal Brunei Airline. Food was good! 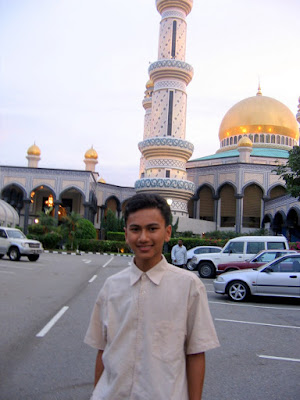 
This mosque was made by the Sultan and mind you it is huge! This mosque is the largest and is one of the most magnificent looking mosques in Brunei. It was built to commemorate the 25th anniversary His majesty the Sultan reign. What's more, the interior is fully air-conditioned! So after your ablution, you will sure to feel cold because the air-con somehow blasted and the carpet was thick enough to sink your feet in. 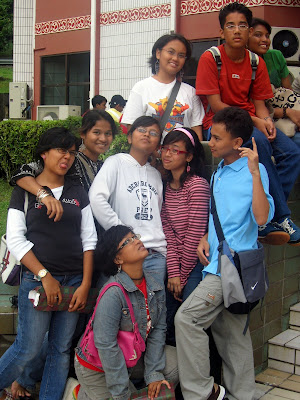 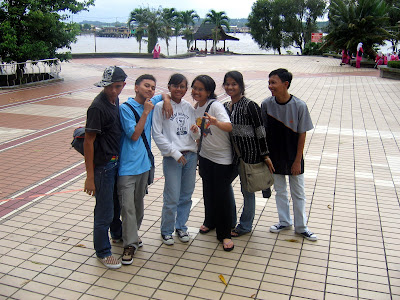 Was in front of their Craft Museum (Muzium Seni). 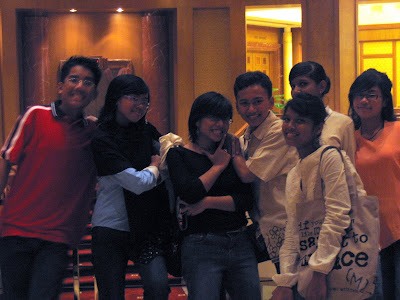 
We had this singing competition for fun and my table sent me to sing just because they thought I was the best singer on the table and I had my nervous breakdown because other people whom I don't know were watching me. I sang quite well at first until the high notes where my voice broke! I was like "What the hell!". I was so embarrassed!But it was fun, they had performance and all. They served their traditional food "Ambuyat" which tasted one of a kind and gave me that gag reflex. It tasted alright when I first took it until I swallowed it. Thank god I didn't barf! 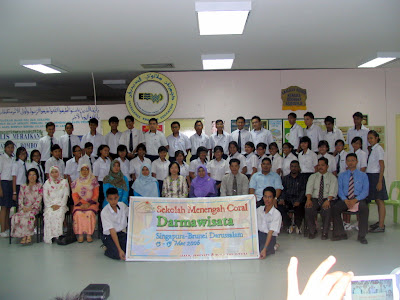 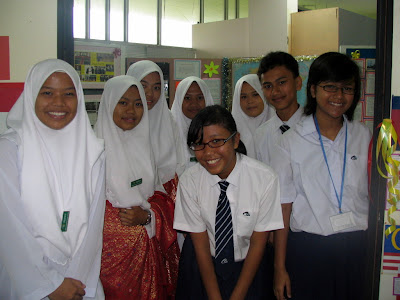 
Visited a school at their floating village and we took their water taxi, and was greeted like a royalty with their kompang and all. We felt so honored! There, we exchanged our school experiences and the activities we have in school. It was quite fun getting to see their school, their canteen and classroom and all. Apart from above mentioned, we visited their university and their examination hall was humongous! It's like 4 times bigger than our school hall! Okay, enough talk , there were more places that we went to but shan't say much. I need my break. Signing out! 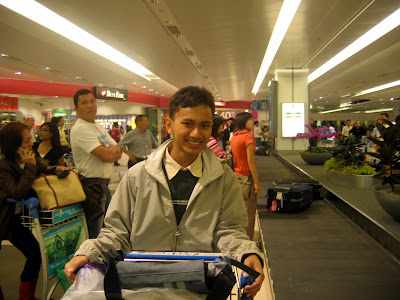 By the way, it's a pleasure to appear in one of Brunei's local newspaper after the day we visited Awang Semaun Secondary School.