Don't even bother talking to me. You make me feel like your spare tyre. Used only when you are in boredom while the time before you had fun and after which you came to me and tell me that you are bored. Obviously, next time onwards, you will not be entertained. You don't bother anyway.

Today I went out visiting with my Higher Malay friends. We have a few weeks left before Eid ends. So, grab this chance to collect as much as possible. I was late this afternoon. I entered the toilet to take my shower at 1.45pm and came out from the toilet about an hour later. Thanks to their patience and oh God, one of us arrives at 2pm. That early? Heh. 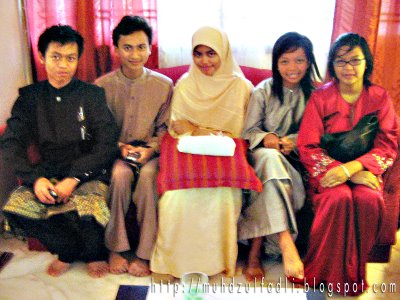 We started late in the afternoon and we went to each and every one of our houses. It was really fun and joyful. Despite the fatigue, we really had fun. I am sorry if I hit you too much A! So here's the highlight.

Taxi drivers, can they make up their mind whether three or four passengers are allowed at the rear sit because I am so confused. Or at least, make up your mind if you want to take in passengers or not. This was what happened this evening. 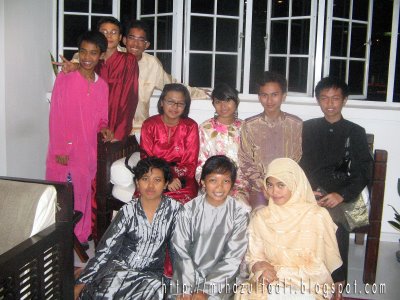 After visiting Amirah's house in Tampines, we planned to go to my house. So we thought we should hire a taxi to save time.  All these while, the taxis we took accept four passengers in the rear sit. Somehow the last cab we wanted to take didn't allow that to happen. I was so puzzled. One had sat in front and there were three of us at the back and because there were eight of us, so, I tried hailing another one and they are like thinking who's going in. So I thought maybe we could squeeze another one while waiting. Just a thought. I asked the driver, "Can we fit in one more person at the rear seat?"

So I assumed he knows what I am talking about and then he said "What one more? No more can go in." and my other friend being puzzled said "Eh? All these while they allow four people to sit at the back and why not now?" and I said "Nevermind, we can just go ahead with just the three of us at the back" Suddenly the cab driver said "Eh, go take another taxi la!" I was like "It's okay, you can just drive now." and his next reply really pulled my last nerve.

"Eh. Go take another taxi lah. I want to go home. Go, go away!"  I was the last person who went out of the taxi and I slammed the door and waited for his reaction. He wind down his window and scolded some vulgarity and me being me, I ain't keeping quiet. He showed me his middle finger. And I shall not go on after this. He drove away. But I was satisfied because I spat out the last word before he drove off. 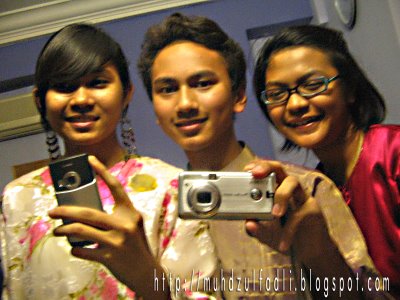 My  mum cooked for us but everyone was full then but they can't escape from eating! They're forced to eat or else they can't go home. Heh, kidding! It was the second last house anyway so, might as well have your supper at my house and have your breakfast at the last house. We really spent the wee hours of the new day at the last house. For what it's worth, it was a memorable Eid outing!