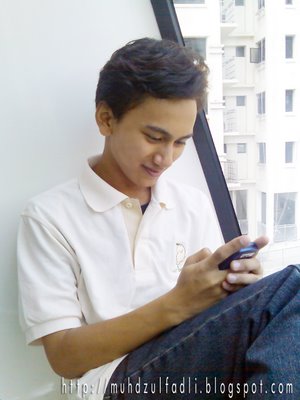 I was so tired last night. I'll tell you why. Yesterday wass my first day of my first ever part-time work with the Mr. Bean - food and beverage company. We were early and took took several rounds of the Light Rapid Transit (LRT) ride.

I'm not there to sell the food but instead, we toured shopping malls, asking people to vote Mr. Bean as the Singapore's Promising Brand Award. Once they have voted viaSMS, they will get a bag worth $8.80, and stand a chance to win lucky draw prizes worth $5,000.

Yesterday was a good one. We managed to empty the box of bags. Most of the voters wanted the blue bag. Once the bags were finished, we gave out coupons to subsequent voters worth $1.90. No big incidents happened except that before it really started I got a bad feeling about that, after sometime, it's gone.

Some of them are so-not-tech-savvy. Surprisingly, some of them don't even know how to SMS! So I felt really great teaching people on how to use the phone and some of their mobile were set in a native language that I don't understand so I had a hard time figuring out the whereabouts of the mobile. Some are English illiterate so, I has to pass them on to my colleague. Since then, my friend realized how important English is in this multi-racial society.

It feels like the mascot keeps on staring at us throughout the journey? The position of the mascot really made me feel watched and I felt awkward.

Anyway, if you wish to vote Mr. Bean as the Singapore's Most Promising Brand Award SMS: SPBA