My brother woke me up early at 7am in the morning and I was still in no mood for the family day, organized by the Fugro Company, which my mum works with. I took my shower and put on my clothes while waiting for my dad to reach home to fetch us. 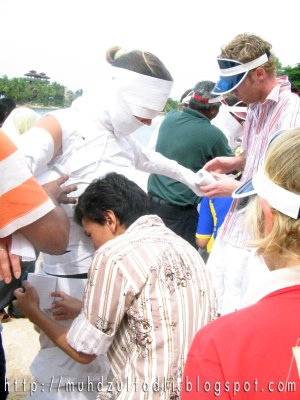 Once my father got home, he took his shower and we headed to Sentosa Island. On the way there I slept, and listen to music. I think I am in my deep sleep that I didn't know what am I listening to and I have no energy to change songs or whatever. When I woke up I realize that I'm in Sentosa already and with my sleepy face, I got off the car and took some goodie bags and played some games at the games stall. Not really fun for me but I enjoy watching people play.

By then, it was 9am so I walked around, not knowing where to go and when I came back, I saw many people coming in to the tents. So, I was like "WOW!", there's about 200 people coming to the family day. There's some Telematch games and I'm involved with the team Ang Moh United. Majority of the members were Duthces. And my accent suddenly changed unknowingly and it was so hard to change it back to my local accent. It was really fun. I didn't play all the games because some of it requires you to take off your clothes and wet yourself. I happen not to bring any spare shirt! We won most of the games! So happens my mum bought the prize. Heh! 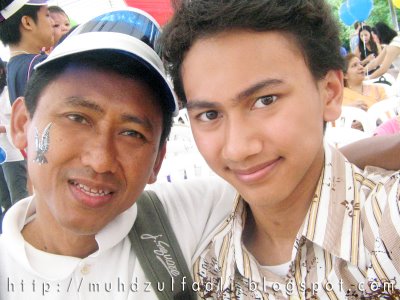 There was a stage game whereby kids get up to the stage and dance and once the music stops, they must freeze and the host for that day, distracted them by asking "Hey, what's your name?" And one of them replied "Ally." and she lost because she replied while the rule was that you need to stay freeze and not to be distracted! Most of the contestant were disqualified till the last four contestant. All of them won. And the host said " Ok! Here's your prize." They froze. "Really! Four of you won now. Everybody, give them a round of applause! Here's the prize! Take!" They froze. He meant it but they just didn't want to move! It was so funny! It took some time for them to un-freeze. Until one of the girl gave up, everybody gave up.

The food there were not bad. They got Indian food, Chinese fried noodle and some Western food. I like the chicken and the fish. They were really delicious! 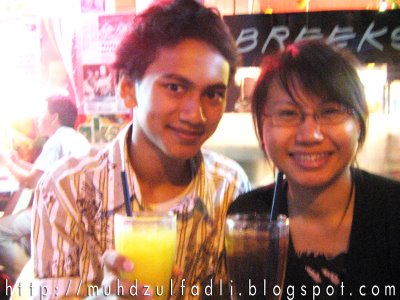 After the family day event, we went home and I had my nap then went out again to have dinner at Breeks with my relatives. My uncle treated us, which is kind of him. May God bless him.The fish and chips was to die for! 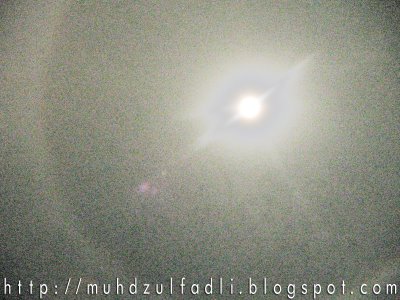 After that, we went to the mall and bought my printer cartridge. I haven't bought it for such a long time because I didn't have time to go and buy and no way I'm gonna use my money! Shall use my dad's money for it. I bought a mobile pouch in replacement of the lost one. How can I lose it in Ikea? I'm still wondering. I was holding on to the pouch while taking some photographs and then I lose it the minute later.

Went to Changi beach near the Changi Airport because there's a barbecue there that we are suppose to attend and met my peeps there and we took photographs! As usual! And when I alighted from the car, I looked at the moon, it's not full neither half but more than half, and it was amazing. First, it is so bright! And secondly, you could see a hyper-gigantic ring around the moon 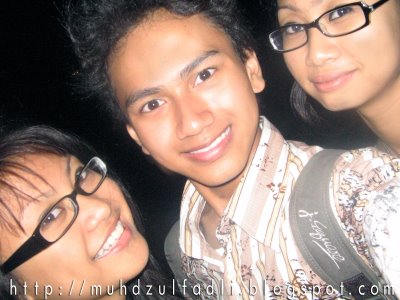 On a random note, I hate mixing my laundries with others. The clothes and underwear and pants would be mixed up and theirs would be mine and mine would be theirs. That's why I do my own laundry and it's always done during the weekends. I hate mix-ups. Now, I have a hard time searching for my long lost clothes and pants, and some underwear.