We used the second link hoping that we could avoid the jam but it turned out that both links were jammed! It was a two kilometer traffic suicide! We waited for hours. There were so many Singaporean cars at the petrol station and I got the impression that I was still in Singapore. It's like the causeway, petrol station and the public toilet, mostly filled with Singaporeans! Thank God I brought my entertainment gadgets like a book, newspapers, and music to survive the traffic jam. I'm not sure if I'm being a bookworm or what but, I like to read these days. I slept only for four hours the night before, played with computer and felt excited about the trip. 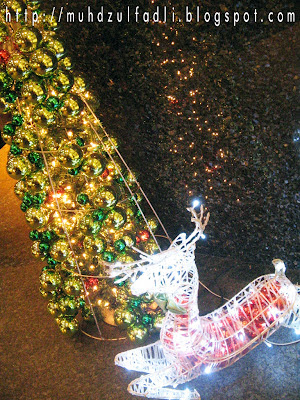 I was sleeping on the journey and I woke up after hearing that we're stopping by for a toilet break. I took off my blindfold and saw that it was raining outside and I was so happy! After the break, my dad drove and I looked out and saw mother nature at its best. It was flooding almost at the low land. To me, the flood is so bad that it reaches to the neck of the trees! Don't they have a drainage system or something? What a trip! The jam, the people, and mother nature. 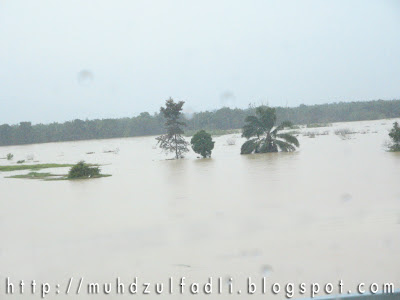 It was so frustrating to drive through the expressway, with traffic jam not once but several times. Congestion in the highway and guess what caused the jam? Road repairs and some patching caused thousands of cars stranded in the highway and the way they work was ultimately ridiculous. I thought it was a vehicle accident, so bad that it caused a mega-congestion. They're trying to fix a hyper long distance up to three kilometer of road at one go - at day time? I'd say it's totally ridiculous. This didn't happen once. After certain distance then there will be the same problem from the same cause. We paid the toll and we get road congestions as a freebie? Thanks for nothing. 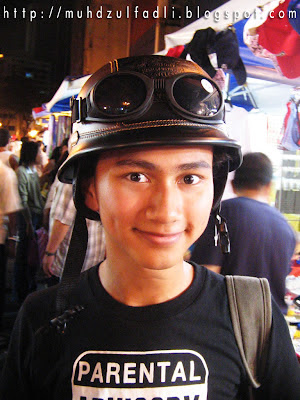 I slept almost throughout the entire journey until we reached our destination because I was so tired. We arrived at Vistana Hotel at 6.30pm. I loved the Christmas decoration. The check-in took ages! My cousin came to me and told me that the receptionist is a Singaporean and when I came near to him, he spoke to us as though we're that dumb. 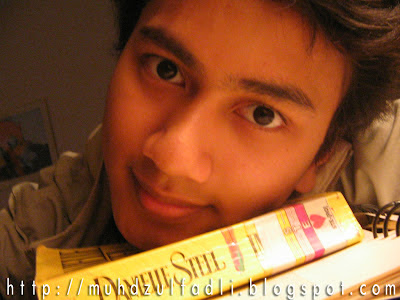 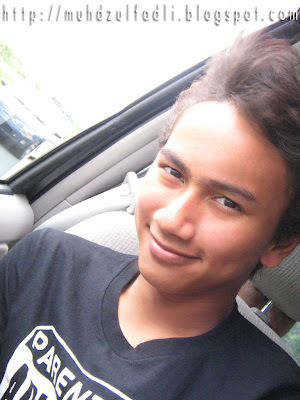 I looked forward to the next day because the plan was to shop in several malls and go to Putrajaya and I thought I could take some photographs there. After rounding Masjid India's street, we went for late dinner. The fish, prawns, rice, and spicy meat soup and seafood tom yam. Gosh, now it's making me hungry again! After which we headed back to the hotel and my dad thought he could take a shortcut, so, we entered a small street between two buildings. It was pitch dark and in the car, I looked out and saw loads of rubbish and it's like a dumping ground already.

I'm not surprised why there were no drag queens or prostitutes around. The car drove over a huge pile of trash and it's disgusting. There was a dead end. So we need to make a u-turn and my dad did it but my uncle Khairi couldn't because there was no space for him to do so. Therefore, he had to reverse all the way back to the main road. There's only one lane and a few cars parked there that made it worse. So, another hell of wriggling to the pile of trash and roaming rats and half a dozen of dogs barking terrifying us. Thank God they are behind the fence. We safely reached the hotel thankfully! After which, 'Bam!' I'm on my bed for the next day.

Oh, I love the Petronas twin towers. It is so beautiful at night. 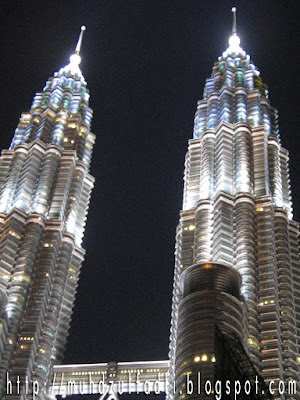 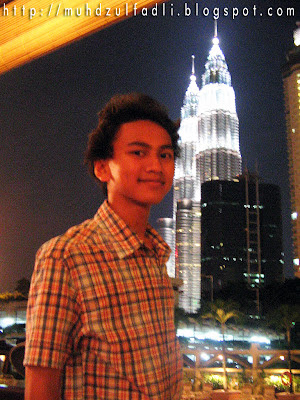 My mum woke me up and then we checked out. It was so cold that I used a shower cap to shower and people thought I didn't take my shower! I washed my hair the night before if that makes you feel better! Then we went to Sogo shopping mall and we ate at Secret Recipe and the food is so delicious! I ate pan-grilled dory with lobster sauce and cheesecake and juice. After which we rounded the mall and I went to the men's department and there were loads of nice clothes and the sales were terrific! Some offered discounts up to 70% and they were of some good brands. Not too branded and not too lousy. Most of my items bought were from Diesel. Mostly were cheap after converting it back to our currency. After shopping, nature called me so I went to the public toilet and guess what? In one of the cubicles, I heard two people moaning in one cubicles. No joke. 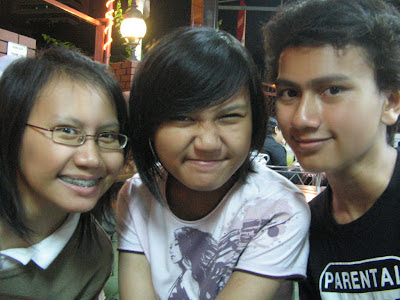 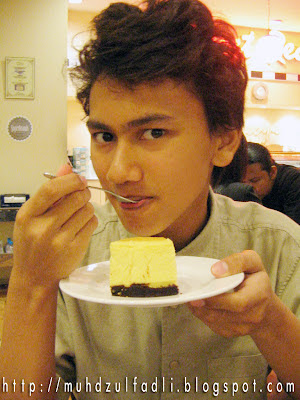 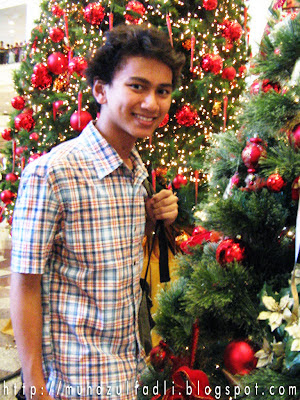 We checked in Concorde Hotel later then and asked for a spare bed and we got a free complimentary breakfast and I think it's better than Vistana Hotel with a little crappy service. We went out again for dinner and the lobby has turned into a Christmas 'carnival'. There's Christmas carol, and some balloons free for grabs. Not to forget it's beautiful Christmas tree and lightings. After dinner, we went to Petaling Street for a while to see what's there. We spent so much time in Sogo and since my parents saw their long-lost friend and chatted for a while, we had little time for Petaling street. 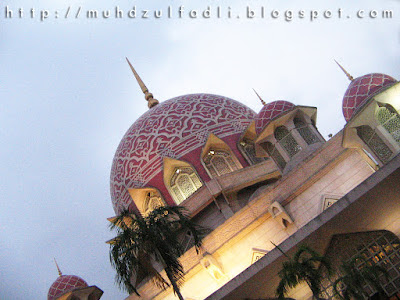 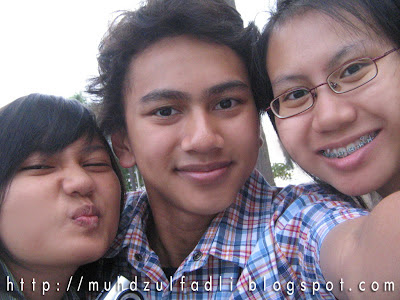 The next day shopping trip was boring. We went Berjaya Time Square but it was tad too big. They have so many sales! Ranging from 20-70%. It is so irresistible that I ccouldn't make up my mind on what to buy! In the end, I bought only one t-shirt and we didn't even go to Sungei Wang and Bukit Bintang and Midvalley as we spent a lot of time in Alamanda Mall, at Putrajaya. 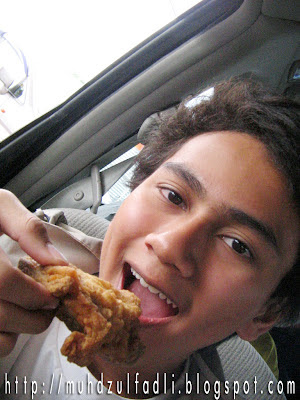 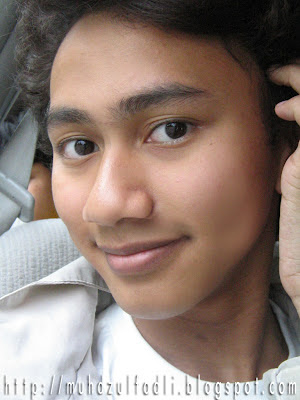 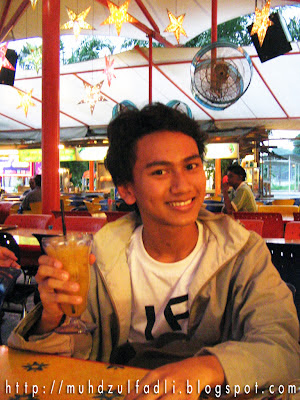 It has been a long time that I've visit Kuala Lumpur and I thought, they have changed a little. Not much haze, and now, I can see police cars patroling the roads and streets. But what stays the same, is the bumpy roads! It's like shaking me up in the car like a milkshake! 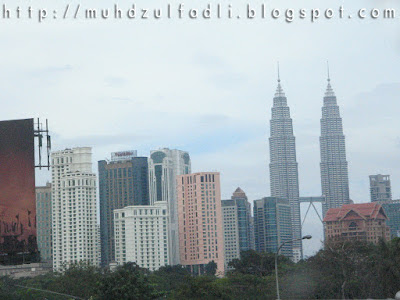 The next day is the day when we went home and time flies so fast. It's like "Eh? We're in Johor Bahru already?" We planned to go bowling and watch movie in Johor but it turned out that my brother and my cousin got sick, we went straight home. Goodbye Malaysia, and hello Singapore.