Aksara - The Passage of Malay Scripts

As usual, busy week and I've forgotten on what to write for the week but I'll start from Wednesday since it's Higher Malay lesson and obviously there are some things I wish to mention here. In Higher Malay class we went through some Malay stuffs and I was too engaged with my private conversations and our teacher was like "Nanti saya hantar awak keluar jadi awak boleh bercengkerama di bawah lampu minyak tanah..." Literally means "I'll send you out so that the two of you can date under the light of an oil lamp..." Obviously she didn't mean it but it was so funny! After which my friends and I went to the library and I borrowed "Dating Game" which has a pink cover with a heart shape. I don't care how girly the cover was because what I want is the content. So, don't be surprise if you see me with a pink covered book.

On Thursday, I had tuition in the evening and I was so tired. We went through a little bit of Physics which I've done the other day and went through Chemistry where my head gets haywire. This must not happen again ever; the haywiring of brain. And that night I've got my free time, so I complete almost three-quarter of my homework so that on Saturday, I've got a little bit left to do.

TGIF (Thank God It's Friday), is not happening to me since it's a after-another-thing to do day. After school, there's Friday prayers to go and after which, I went back to school for club meeting and it ended quite late - 5pm and then, I got to go home again and fried some nuggets because I've not eaten anything yet and then went back to school again for Parent-Teacher Conference. It was raining and before the programme started, the school hall is so cold and chilling. My hands were shivering and I just can't stand it. Obviously even the people with jacket felt cold and then they increase the temperature which improved the situation.

Today my friends and I went to National Library to have a look at an exhibition about the history of Malay writings. Aksara - The Passage of Malay Manuscripts. My Higher Malay teacher encouraged us to go there to know more on how our writings today came about. I enjoyed it because I get to read the information given and obviously I know more about Malay writings from pre-Islamic times till today. I got a little bored after some time thought - duh, library, silence, peace brings about drowsiness. However, rather than staying at home and rot without doing anything except your homework, I jolly well take this opportunity to find out more about history since I'm curious to know. The thing about history is, I like to hear the stories, but when it comes to exam, don't even think I can recall any of it. 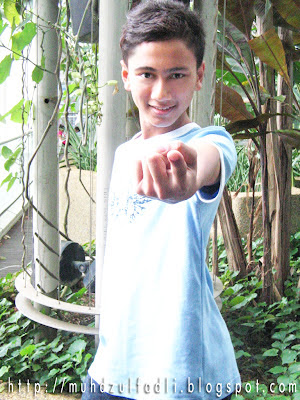 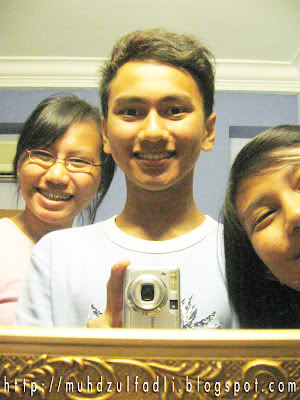 After seeing the exhibition, we went to Bugis Street and window shopped and I saw my ex-schoolmate! After which we went to Nanyang Academy of Fine Arts (NAFA) because one of us said there was an open house and it was fun. We went there and we received the goodie bags, we went round and see their artwork, ranging from the ugliest to the most beautiful one. I fell in love with some of their artwork because it feels like it has a live in it? Then, we went back to Bugis Street and got myself a bag.

We went to The Heeren at Orchard to find something and then I received a call saying that my cousins were at my house. So, in the end, we went back home and met my cousins! Oh dear, now I remembered that I have around 7-8 more inspirational posters that I need to do and I want to come out with my own quote. Ta!