Sunday was a splendid weekend. I was quite reluctant to attend the wedding reception that day but because I was hungry (even now), I think I should go and just hit the buffet! Heh! The meal was alright but I didn't try the black pepper prawn because I was wearing white and I'm afraid that I might just dirty my shirt instead. The idea of peeling it using my hand is a no go. 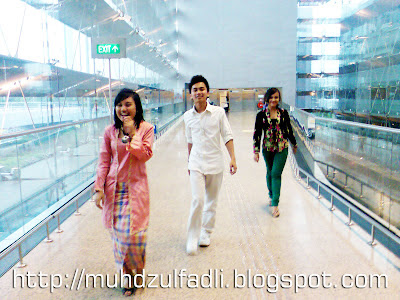 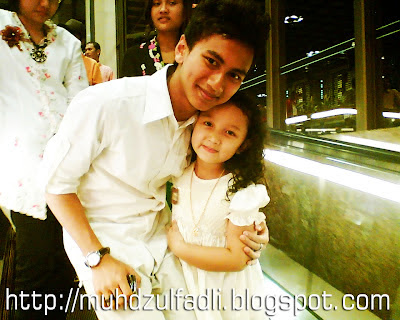 There was Fisya and Naz to accompany my boredom throughout the event.. Not to say  the event was boring because there was karaoke which I thought I wanna sing but I have no voice that day. You simpl have to go through my agent to make me sing! There was a moment in time my brother commented I could sing better than some of the singers up there. How elated I was... 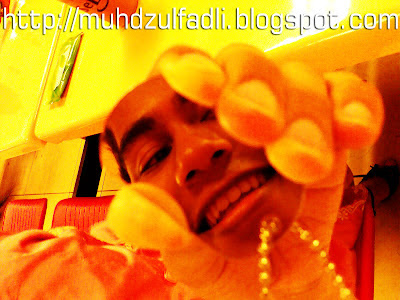 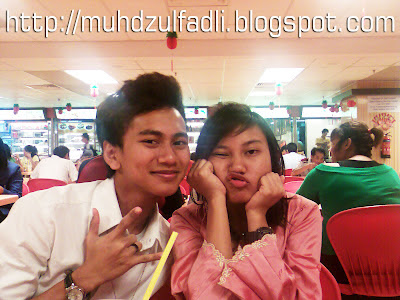 After which, SIN to have a drink with my relatives. Well, it did not go as planned, we ended up with rojak in front of us! So much for "I'm already full!" I don't eat rojak though. Not a fan of it. After which we walked around for an eyewash of stewardess and pilots while our parents catch up with each other after ages of missing in action and we cousins wandered around. This week I've been to SIN Terminal 3 for like three times almost consecutively 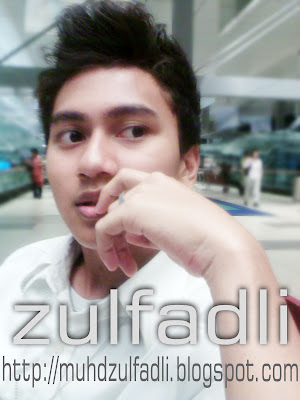 Next Sunday we'll be probably be go for ice-skating. But we're totally clueless where and how much. I want to ice-skate so badly! I just hope we could go to the same school!

Today is so called a lucky day. If I were to really bet with three people today, I'd be a tad richer by then. We were at the Terminal 2 (T2) and Fisyaz argued that Popeye's is at T2 and I really insisted that it was not there and she was so eager in proving that I was wrong , then I said "Fine, then wanna bet?" and she went, "Fine! We'll see first!" Turns out that she was totally wrong. "See, I've told you that it's in Terminal 1 (T1), I've been here like a few days ago?" She was speechless. Hah!

Okay , that was two, because she teamed up with Aisyah. Then came Syaz when I watched AJL08 on television and I texted him "I don't think this time Siti can win anything, there are other performances better than hers." Syaz denied. "Fine.." I said to myself, "We'll see!" It turns out to be true! Siti really did not win anything at that competition. See, if I were to really bet $10 dollars each, I'd be $30 richer today!

On a random note, I don't know why some people take my words too hard. You know how I work and it's just a figurative speech that you are hurt too.