Last two days I told you people that we'll be going for picnic right? Here are the updates! Today I can't write much! I'm tired because yesterday we went cycling and it was exhausting! My famly was the first one to arrived because we're closest to the beach. How fortunate to live by the beach. Yea right, as though Pasir Ris beach is clean like that! In years to come, Pasir Ris beach might be the next waste land. Please prove me wrong! Anyway, each family brought their own food as a contribution. It was after all a potluck event. My family brought spaghetti and some others brought fried bee hoon, and curry puffs and Nasi Lemak and some others that you could think of when you go to a typical Malay picnic. My dad and I pitched the tent while waiting. It was troublesome because that day was very windy!
Then one by one came with their family with their foodstuffs and guess what, nobody brought drinks! Since one of the families has not arrived yet, we called them. Once the last one arrived we started digging in. Then we cousins go cycling while our parents sit down and play some games like Scrabble and others played soccer and freezbie (I wonder how did they manage with that strong wind!) After cycling we walked around and took photographs and we walked through the swamp and my biggest fear was to see a snake there but I just kept quiet until we're out of the swamp and we were like walking so close together like it's a night walk. 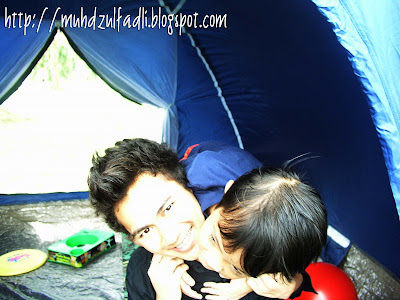 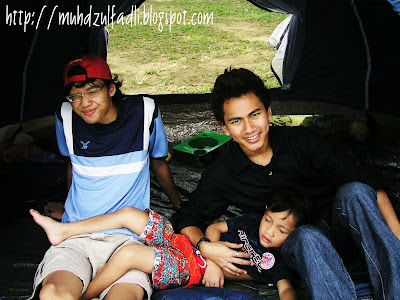 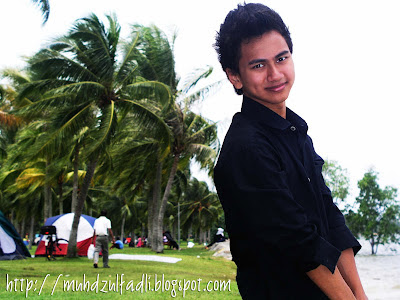 We then stopped at the big maze and challenged on who will reach the middle first. Of course, my team won, because I've been there for like a few hundred times? We then walked under the shade in the park and met with our own problems (go figure!) It seems funny that we have the same personal problem (not those teenage-adult problem).

Around 7pm they packed up and something funny happened. My aunts were sitting on the picnic mat while packing up and at the same time munching (I was in the tent by the way) and then I heard noises like "Eee! Eee!" so my cousins and I went out to see what was happening. To my disgust (if there's such a word) there was a frog jumping around. My aunts all stood up and one of my aunt, who was munching wriggled like a dying lizard! I guess she didn't dare to stand up and the frog was jumping towards my shoe! Thank God it didn't went it. Heh. Come to think of it, we should have packed up before dark!

We then headed to Changi Village to have a drink and chatted. We talked about my idol to languages to their body shape. Some were complaining they're chubby and they can't slim down and my cousins and I was laughing all the way because they're not fat and chubby to start with. They look satisfactory and they said that they're fat. Ouh well, that's it for that day. Have a great week ahead!