Basically, these four days three nights camp was fun and fulfilling. I know you'd expect this entry to be long from day one to day four. You got it and perhaps you will be full of sighs now but don't worry, I'm too drenched to make this entry a long one. To view more pictures from the camp, click here.

Day 1: Camped in SP itself. Separated into own groups and mine was group 4. Bunked in. Played games. One of the game was to find our group name in different venues. We ended up Anne Bonney. It's a name and I've never heard of it. Created some cheer (not me of course) for the group. Most of the games were rather uber unhygienic like passing rubber bands using mouth, and sharing of fruits and all. Yuck! But it wasn't as bad as the following three days.

Day 2: I was the last few ones to wake up. Actually the third last. Super panicked! Quickly wash face and brushed teeth and change up. Thank goodness I've taken a good shower before sleep. We then headed to St. John Island. It thought it was far but guess what? It's just a 20 minutes ferry ride! What a "hoax". We assembled and bunked in. The bunk looked so comfortable, for a camper. What's more when I choose to sleep under the fan. After which, we played games. I forgot the games we played but I remembered the disgusting ones which I wish to wash away from my mind! If I'm not wrong one of the games was like treasure hunt and one of our forfeit was to eat watermelon as a group using mouth. Seriously, I felt like puking back whatever watermelons I've eaten. What's more when there are eight people in a group and I'm the seventh one. Seeing all those drips of saliva from other members just made me feel like brushing my teeth and drink up the mouthwash and rinse my entire digestive system. Imagine the different types of saliva in my stomach... Gross!

At night was the MT Nite whereby you have to go to different stations where they will scare you. At first my heart was thumping but after sometime I felt nothing. One of my partner wanted to go with me but I decided to go alone. Otherwise no thrill! First stop was to collect five marbles from a banshee and I was so dumb to ask "Pardon?" when he/she asked me to kneel down while searching for the marbles! The worst stop was the second one, which is to find the stockings. I had a hard time searching for it and in the end the "ghost" showed me. Haha! It ended quite late like early in the morning and I think even the "ghost" fell asleep. Seriously?

Day 3: It was the camp fire night. We sat by the beach and cheered by the camp fire and by the sea and from there you can see the skyline. It was a wondrous view, with the glimmering lights and all. To add on to the calming mood, one of the seniors played the guitar. Since it was the last night, we campers did not want to go to bed instead we kept cheering and singing even the National Anthem and recited the pledge! We are that patriotic!

Day 4: Checked out and went back to mainland. Headed to SP and before break camp, they showed us a video on what we have done for the past four days. The funniest game of Day 4 was "Do you love your neighbour?" That's when we learnt each others blurness! 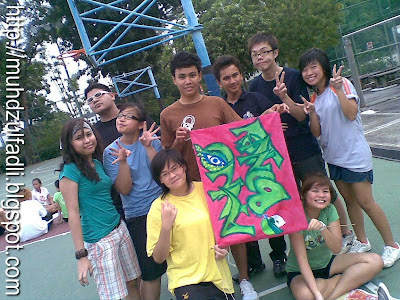 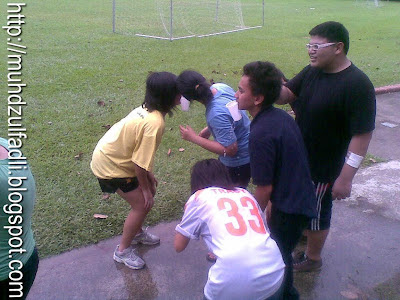 See you guys around!