January Blues
It's the start of the year and just like most of you, I would want to start it on the right note but since the holidays, just like Monday blues, at times things don't just go the way you want it to be but it's fine because for every pain we face there is a cure. I've been loaded with work and chasing time to be at more than one places at almost once. The thrill is there but there are times where you feel like succumbing facing things that you probably couldn't face. But with time, you soon realise you will get use to it and have the solution without feeling resentful.

Errand gone mad
Last week I was out with Syaz to get my toiletries, so I thought I would just take the car and go to the store nearby but ended up at Giant hyper mart. After all it's quite a distance and I asked Syaz to accompany me (in case the paparazzi's are going to chase me, I have a backup, just kidding!) From toiletries shopping errand of just a page list, the shopping cart happen to overflow the list! Thankfully Syaz was there to help me around with the finding of things around because honestly, I was quite lost.

Recently he showed me this particular video made for a school project, apart from loving the camera and the quality, I just like to see him trying to lip-synch because this is like his first video clip (I was amused initially) but apart from laughing, one ought to listen to the simple yet meaningful lyric. I think his hard work paid of. I am proud for the fact that the song and lyric is written by him. It's in Malay, but this song tells me about how life is defined: it is up to you on how you want to lead your life, and there is no other hero than yourself.

313@Somerset
Last night I went to 313@Somerset with Fiz and Nat, for the first time since it's the new mall in town after ION Orchard. Finally we met after about three weeks of missing in action because of school assignments and projects which never fail to stop flowing into the streams of my organiser. The new mall was awesome except for the little fact that it could do better with some Forever 21 men's collection (Heritage) since it has three levels, might as well save one level for men. At least Kuala Lumpur's The Pavillion has a segment although not the entire storey of men's line. Demand for men's fashion is booming if you realise. Food for thought. 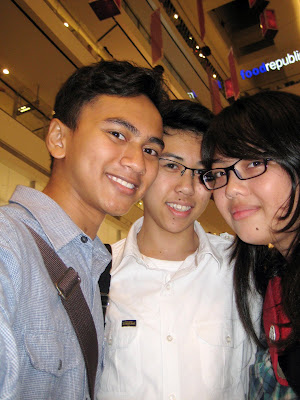 Dempysey Hill
As Nat had to go, we decided to head back and when she left, Fiz and I thought we could spend a little more time for boys night out. Okay, so much for boys night out, as usual, I don't know the way and we got lost a little but found our way around. Should have burnt some religious songs to be played in the car in case someone feels creeped out! We wanted to have a cup of tea at Dome to sit and chat and while we were busy contemplating on which seat to occupy the waitress came and said that they were closed! 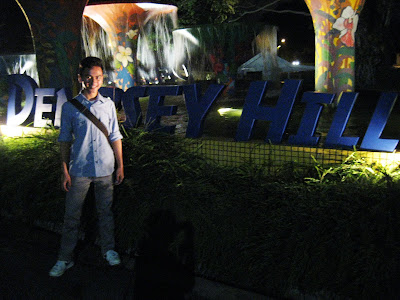