Has been imparted!
This week has been really, really been crazy as compared to other crazy week. Maybe I should stop using the word busy because that is already imparted in my life. Therefore saying it won't make things any more free or any busier. Ok it seem I'm like beating round the bush but you get what I mean, don't you? So, I must stop saying I have a busy life because that is already part of my life for now.

3 To Go
Anyway, two of my exam papers will be down this week which is a relieve then I will have one week break before facing the bigger exam papers like Law and all. Good thing I feel blessed studying law and all, not that you can bend and twist it around, but at least to know your rights. We have to learn the fact that the law protects neither the convict nor victim. In layman's term, it's a game between two parties showing who has more prove. It's like a debate, if you can present it like a delicious hotcake, the judge will take it. Don't you think it works just that way?

Good movies?
In a span of two months I've heard a lot of good movies playing at the theatres. I've seen the trailers and all which is pretty interesting but I don't have the time and "kaki" to go with yet. I'm not complaining but in April when most of the DVDs will be out by then, I hope I can get it and have my movie marathon during the holidays.

Music Festival
Last night I went to 3rd Chamber Music Festival at NUS with Ward and Ras and haven't I told you Ras looks like some Latina? Well I wasn't there for nothing but I was accompanying Ward for her write-up. I didn't regret going because I'm liking the concert hall for it's acoustic. You can even hear a pin's drop without microphone. Now I'm imagining having my own concert in that hall without a microphone. After all, everybody who hears me sing always say I don't need a microphone because it's audible enough. I wonder if they mean good or otherwise, God knows. 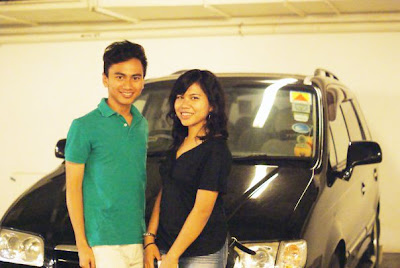 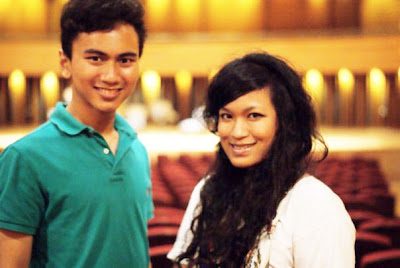 I guess that's all for an update this week. See you again!