During this one week vacation it's full of sensation with things to do round the clock. No way I'm complaining because it's the holidays and everything has been a bliss except that I was ill a few days back. So far I'm recovering, so please hope that I can regain my full health in no time.

So this week I'll be attending the ICECE event, and Singapore Arts Museum. I hope I can use this time to really, really have my final break before final year starts because I heard it's no bliss! I'm gonna have to figure that Da Vinci's Code out, what do they even mean by "not a bliss"? Shall see, shall see. 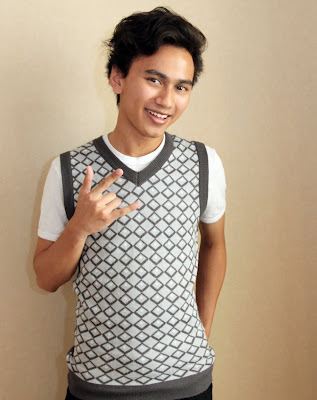 Today's weather is so hot that I can feel the sun piercing through my thin layered clothing. It was raining in the north because I was there to chill out and it was no cooler! Luckily the A/C in the bus was cool enough. Anyway, finally I settled on concession since I realize I will be out a lot in times to come to stimulate the economy in the malls at Orchard Road and to think of having to top up at least thrice a week? I'd rather do something that gives me the peace of mind without me having to check now and then for the balance of the card and cash balance in my wallet!

Something silly happened when I was at the counter paying for stuffs I bought. It costs $0.45 and being the cashless society I am (seriously, no point robbing me, I can deactivate all the plastics) I decided to pay using Visa/Nets so the counter lady was asking if I want to pay by Visa or Nets, so I said yes, Visa. I had my reason! She was like "Ha!? Visa?" Being embarrassed by her loud and annoying "Hah!" I said "No, nets!" Then she was babbling about how ridiculous it was to pay by Visa and that they have a minimum amount to spend to pay by Visa. In my mind I was like "If you know that with that amount I can't pay using Visa, then why bother asking the mode of payment I want? Do I even have a choice then?"

That's all for an update now, will keep you guys updated! I know, I know, I've been missing in action here and Facebook. They shall revive soon when I have the free time to "goyang kaki".

P/S: Just so you know, the bird's meat I was talking about in the previous post was Ostrich's meat. It's soft and tender as dear's meat, though dear's meat is still the softest I've tasted.