Time seems to fly so fast after the holidays, which is good because the pain of waiting and anticipating will be over before you know it but at the same time it seems like I don't have much time for anything else to ease the short pain. Anyway, gotta stop being one emotional wreck. 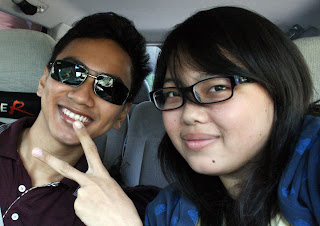 Timetable change!
This caught me off guard probably because I left the lecture hall within split seconds after lecture when the lecturer told us about the change in Friday's timetable because of lunch with Nat. Had a great time on Tuesday afternoon eating my favorite McSpicy after ages of not indulging myself into it. So Friday's timetable has been changed to a late afternoon class (I know, everybody sighed including me, I sighed the next day when I got to know about it, slow) but on the bright side you can sleep as late as you want before going for the two hours lecture and enjoy the weekend after that. 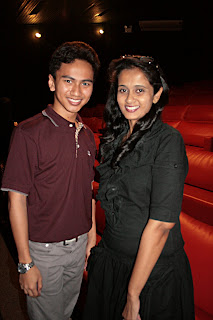 Sinema Showoff!, again!
After a month Sinema Showoff! (my Final Year Project) is back only this time the event features Malay/Indonesian directors and films. I was there again to cover the event by taking photographs which I did my best but the camera is simply stubborn to snap. No matter what, thanks Nat for lending me the camera. The event ended late so kinda grateful that my dad lent me the car to drive otherwise I will get bored to tears in the train listening to repeat telecast "If you see any suspicious looking person or article..." and occasional surprising brakes. At least by driving I can listen to songs, at the same time concentrate on something else: the road.

Dream? What dream?
Had my usual tutorial today and as the first tutorial ever with this lecturer and he doesn't know us so as a way to know each of us better, he asked us what we wanna do after poly life? When it comes to my turn somehow I turned blank but the fact is there's a lot in my mind! If I hadn't gone blank, I would probably say I wanna write. A book or something. Whatever. Even up till now I just think I could write better than I speak. Thanks to Singlish. You know after some time, there's nothing to be proud of about having this Singlish thing in Singapore. Yeah lor! Make my English go bo-chap. We don't need another new born language while our mother tongue and business language is rusted and brittle. 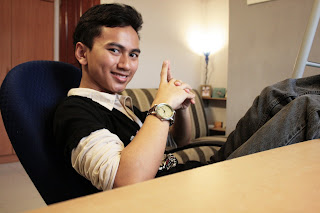 As I write right now, I'm enjoying Bond and some other music without lyrics. These days it feels depressing to listen to songs with lyrics. For now it's best to listen to the ones without lyrics and let my mind wander and be blank for once. Yes, sometimes when there's too much it's best to let it out here, freely. Anyway, this is my new wallpaper. I have my old school friend to accompany me half way to school on Thursday. Gotta thanks my parents for the efficient week and gotta think of ways not to bring laptop to school. Shall leave the duty of carrying heavy stuffs until I serve the nation. Just kidding!