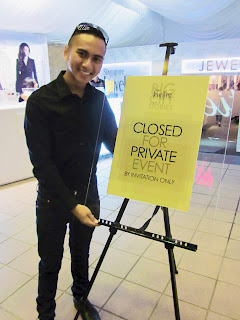 'Work hard, play harder.' That was the motto I lived by last Friday night. After a week of tough training in camp, it is good to be back into the outside world and enjoy the latest event in Singapore JewelFest 2011, ECSTASY.

This is no different than SEDUCTION party that I went last week with the models running up and down the runway and free-flow of drinks . This is just to make those who got the invitation but did not attend without valid excuse feel better because no way on earth these two events are the same!

The models, donned in Karen Miller and dolled with Shu Uemura, dazzled guests with the flamboyant blings by scintillating world class jewelers. It just got more addictive... 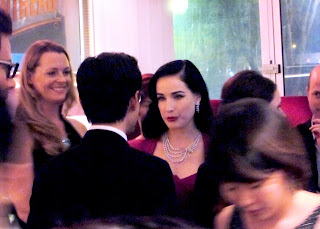 ECSTASY was made more addictive and scenic more than ever with the appearance of well-known Burlesque hearth-throbbing star, Dita Von Teese. I know, JewelFest 2011 is such a 'Tee-ser' (read: teaser). Of course, she was not there to striptease us in her lacy corset but she was beautifully donned in velvety purple dress that you can't take your eyes off. Her flawless skin definitely a jealousy of the girls around me and everyone was head over heels to have a photo with her. I didn't get a photo with her either! That's just sad!

Propping the event was not only Hollywood Burlesque dancer Von Teese but Singapore born designer who rose to international fame in early 2000's, Ashley Isham. Hosted by Bobby Tonelli, this event could not have been more surprising!

The attendees seems to be on cloud nine snapping photos of Ashley with Von Teese as their free takeaways. Naturally now more people will know what Singapore JewelFest is all about. 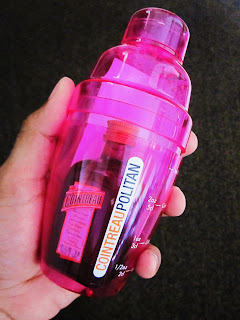 This is specially for rich, loaded-with-work business associates and executives, if you happen to be lost on where to go after the event next time, or happen to be hungry for real good food (since finger food is never bigger than our stomach), or need an accommodation right after you touch down, remember the official concierge for Singapore JewelFest 2011, Quintessentially - a concierge service created entirely to make life that much easier, that much richer and that much more fun.

They have many non-compromising quality choices of accommodation, food, events and even nightlife venues not only in Singapore but worldwide spanning from Europe, to Asia Pacific. Guess what, they even have their own Quintessentially Currency Card (MasterCard). All the more reason to say this service targets people like... Not me obviously. Haha!

I am grateful for the goody bag, not only because there's a 50ml Cointreau bottle (which I gave away to Nat) and complimentary cocktail shaker, but because there's a Shu Uemura sample in it. I love testing out products and I would say Shu Uemura lives up to its promise.


That's all I have to share this weekend. See you around, have a great break!
Labels: Events Fashion JewelFest Style