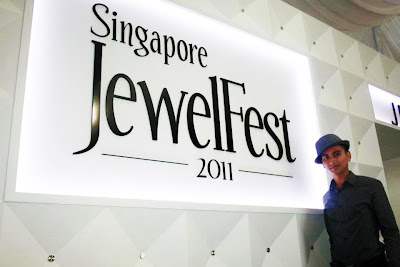 A few weeks ago, Elf and I had plan to go out just the two of us hangout and have a good laugh over dinner or just sit somewhere crappy just to catch up. Several days after that, I got an invitation to Singapore JewelFest (SJF) 2011 opening party at Ngee Ann City Civic Plaza which happened last night. Finally we had a proper place to hangout. 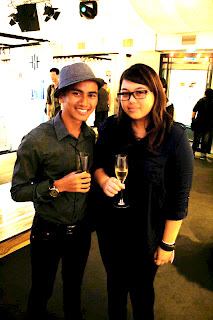 It was a great start of the weekend because I got to see Nat and Lynno (finally we met!) and introduce myself to the world of jewelries.

Being a part of YourSingapore campaign, Singapore JewelFest 2011 kicked off last Friday with SEDUCTION party. It was magnificent. You'll dazzled by sparkling jewelries. There was an array of booths owned by local and international brands like the ones from Israel, Italy, and the States. 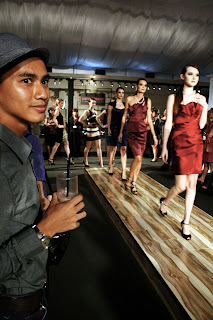 When I got in, I was quite lost on where to start because this was my first ever jewelry event that I have attended. This is no similar to fashion week or film festivals that I have went before. All booths are like the ones you see in NATAS fare or IT show except with items worth millions of dollars on display. At first I felt really awkward to be in the midst of everyone. There were celebrities, socialites, and known well-to-do people who could afford a piece of those but after some time, I got comfortable - after thinking that most of them are probably too drunk from the free flow drinks from the Cointreau bar, which is the official liqueur of SJF. Any thought works just to make myself feel better!

After some time basking in the delightful ambiance, the show started with a bubble show. You might think it's lame to have kids 'fetish' in a tent full of adults but lo and behold! It is not about blowing just bubbles, it's the art of blowing it really. Even I was impressed by how that water contained bubble exploded into mist. Do not drag science into this, I still want to believe it's magic!

The show did not stop there. After several sips of Perrier with dipped lemon, my attention was drawn to tall leggy models in silky dress, adroned with Louboutins and precious stones that was set to blind you with its resplendent glittery glory. I like seeing how the models show off their jewelries without coming off too strong. 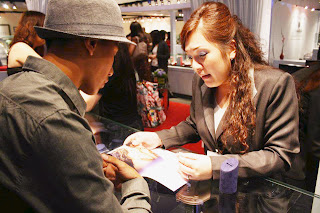 I chanced upon a piece that really got my attention - it was Marco Bicego from Italy presented by TianPo Jewellery. I took the opportunity to ask about diamonds and of course the piece itself. It is an 18K yellow gold bracelet with multi-coloured gems.

In my honest opinion, it doesn't look good in pictures but in real life, the multi-coloured gem really brings your dull life to technicolor. At the price of SGD$162,160, that piece could be yours. If you think that's expensive, the dearest that I saw is about SGD$1,200,000. 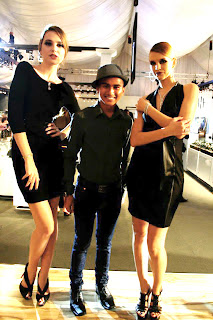 There I learnt a lot of things about diamond which proves to be useful when you're shopping with your girlfriend. You could skip this if you know. Before Singapore JewelFest, I know nuts about diamond quality. All I know is that they're shiny hardest object in the world.

Irene Sim from TianPo took the liberty to introduce me to the world of girl's best friend. All thanks to Jocelyn Yip who allowed me to do a one-to-one question and answer and all my doubts about diamonds were answered. Do you know that when it comes to choosing a good piece of bling, there are four C's you have to look out for? Its colour, its carat weight, its clarity, and finally its cut. Above all, the cut that makes out its facet is the one that really determines the cost of a diamond and how glistening it would be. Naturally, it should be the main consideration when choosing a diamond.

That explains why no two twinkling diamonds are the same. 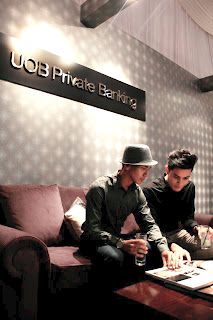 If you are a one of UOB's private banking clients, you're entitled to a special treatment in the VIP room. It is an elegant room decorated with lush carpet and cozy wallpaper and stylish upholstery by Goodrich Global. If you have one of UOB's credit card, you're entitled to privileges like discounts - they're the official credit card for SFJ 2011.

Elf and Nat suddenly got particularly interested in the food. They were 'famished' and first in line to be attacked are the servers serving banana crumble. The prawn was really nice but personally I don't think that's a sexy food to eat at a sexy event. Heh!

I just thought it could have been better if they had a small exhibition with information on transformation of jewellery like how Louis Vuitton does for their leather products. It could get appreciation on this captivating creation for some of us. Since the event is public, it always helps to educate.