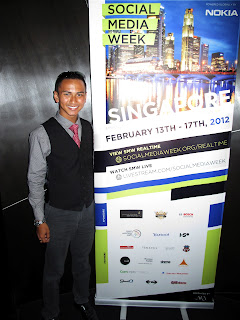 Before jetting off, I had the chance to attend Social Media Week Wrap Party: Going Analog in a Digital World at Avalon, Marina Bay Sands. The event kicked off at 7pm and it was one of a kind must I say.

Social Media Week 2012 is in its third year and it is hosted extensively in 21 cities like Hong Kong, New York, Tokyo, even as far as San Francisco and this is the first time (hope not the last) it comes to Singapore.

Personally I did not have the chance to attend some of their key events like how I was able to do so in other events like ScreenSingapore 2011 because of other commitments I had that week. Given the chance, I would have attended some of their talks like How Social Media is Changing Consumer Buying Behaviour, or even Can Man Live on Social Media Alone? talk because I really find these topics interesting and mind boggling. 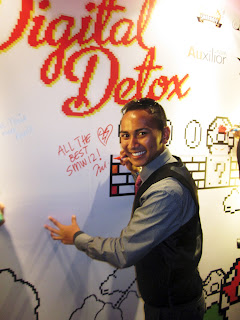 Social Media Week 2012 has a bit of personal sentiment to me - somehow I feel a little attached to it because Sinema Old School is one of their venue partners. Some of the Social Media Week events that shared the same venue as Sinema Showoff! (my final-year project then) were Poskod, Strictly Social by the Online Citizen and Friday’s Speakeasy sessions. Good thing Sinema Old School hosted these events before it is closed down.

Apparently you can watch the event(s) live at http://socialmediaweek.org. I don't think it would be a social media thing if it's not available live online. It will be ironic, isn't it? Thanks to technology, we don't have to travel to the other side of the world just for a two-hour talk. I did not expect this but it is interesting to know they even have an official mobile app powered by Nokia that is available for Nokia, Windows Phone, Apple and Android but not BlackBerry! Hmm... Hopefully there will be next year! 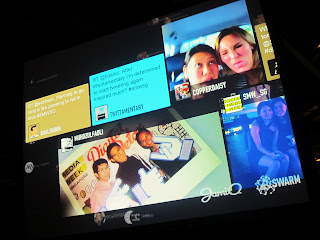 Honestly I think this event is a great idea in response to today's trend where social media is imperative in our lives. Whether social media has a negative or positive effect in today's digital world, it is in fact a catalyst in driving cultural, economic, political and social change. If I am going to go on about my thoughts on social media, it will probably be as wide as the world wide web!

Thanks to my two accomplice who accompanied me to tonight's party. Yes, we killed two birds - no, three birds in one stone. We were there to be a part of Social Media Week, to celebrate my belated birthday, and throw me a farewell party before jetting off later! This will be exciting I hope! 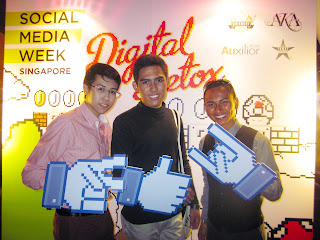