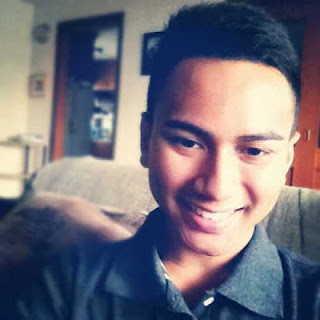 Today was supposed to be a free weekend but I woke up to eleven missed calls. My BlackBerry was on silent because I never thought anyone would need me, let alone work for today. Turns out, there's work to do which totally slipped off my mind and I count myself really lucky this time. So grateful.

I was in the office because someone has to be in the office (the rest were out for a while) and I was reading The Straits Times. I'm not a fan of newspaper for the carbon and the nauseating smell (only eNews). I think in this era, newspaper are totally stone aged. The only time I touch newspaper is at home - to clean mirror and windows because scientifically the chemicals on newspaper cleans glass surfaces more effectively and minimize on mirrors and glasses. I couldn't agree more. I look better each time I look in the mirror. Kidding!

Anyway, since now everyone is in the office, I can excuse myself from the phone momentarily. I'm here to pen out my thoughts on the one thing that I am going through right now. No, not how tough-fun work is, but rather, something that is going through my mind since day one of enlistment.

When I was twelve, I've always wondered why on earth do I serve National Service. Singapore is just a tiny red dot on the map without natural resources. Barely one can survive if trade were to stop. This Monaco would be standstill and everyone would die of hunger. But when I was twelve, all I thought was "How the hell will I carry my field pack and M16?"

Then when I grew up, I realize there is a little bit more than defense in National Service. It's a bloody business.

We spend a lot on defense and that always top the list in our yearly budget right before education and healthcare. I don't know if we are spending them on weapons and technology alone but I see that defense here is an investment.

Economically, it creates job for people. From regulars, to cleaners. The SAF has been trying their best to scout for people to sign on as regulars. But no way they should make me their target audience. Hah! But there are a few that find the system lucrative and I am not kidding at all. Everyone in the room had to listen to the one hour advertisement and while half of them were dozing off, I listen intently on all the tangible and intangible benefits that they laid out. Yet, among a hundred, only one or two came up. Why? Hmmm...

Ironically, external organizations would love to take up government jobs for the obvious reasons. They don't play small. Most of the time I realize, they outsource for a lot of suppliers especially for catering, cleaning services and other logistical support. In return, this gives businesses business to do, and naturally creates job. Otherwise who's going to do the job? Me? I'm not gonna cook! And surely I can't paint a building. Let alone to see a bunch of recruits with paint rollers and dirty admin shirt. Even my boss would yelp. I just can't imagine how disastrous it would be. So here is a win-win situation. We get the job done, businesses get the money and workers get their salary. After that party!

But let's not forget the larger scale of people that are scattered everywhere on mainland. The recruits, the commanders and everybody else that is serving. National Service has so far created a socially cohesive environment for us. Haven't you realize? The people that you are enlisted with, or work with most of the time have pretty much similar (does not mean the same) mindset. Because most that are sent in batches should have the same fitness level, mindset and blah, blah blah, thanks to the psychological and whatever test that we did. If it hadn't been for that, I think I'd be crushed by a bunch of overly sized people and the Ah Kongs with tattoos and that wouldn't be comfortable at all. Only kidding!

By this social cohesion you will soon realize that these people spend money too. Most of the time they will spend big on cohesion events at hotels, chalets, clubs, and sometimes they even rent a bloody yacht because there are corporate discounts. Which is probably why we're given allowance because I don't see the reason why anyone should spend a dime in camp when everything else in here is well catered for. Even yours truly is living by this. I got other things that I'd rather spend on! And with that amount, H can buy two or more bottles of Creme de La Mer for his face.

And with bigger events like Army Open House 2012, BMTC Anniversary, where venue needs to be booked, suppliers need to be liaised with (because army doesn't own everything), it creates wealth for people around and gives a hand for businesses. Of course, if you are a registered and reliable business, they will hire you. Because we are working against time. Unlike some supplier that takes forever to deliver.

I hope I am not suggesting for an allowance cut because more is always better. With inflation rising faster than our pay, we have to watch our money like a hawk.

Of course on the other hand, one would have thought, why must Singapore invest on defense, education and healthcare and have the aspiration to be the hub of these.

Sure Singapore could invest on entertainment and be the next buzz. Upgrade all our celebrities. Send them for major overhaul on their faces, send them to acting, singing or maybe posing classes (don't worry, I can't pose well too) We could also set up large studios over the filled landfill and make Singapore the next hoo-haa like what Korea and Hollywood has become. Give greater support for entertainment events, parties and production. After all, Singapore is the red nuclear dot that can do anything big. Even I questioned that myself then I stop and think. This can't be. Because all these sets the kind of trend that doesn't last on the long run. Financial hub? Sure, everyone needs money. Healthcare? Sure, everyone wants to survive and extend their life expectancy. Education? Sure, everyone wants to be relevant in the changing world. And those are relevant to all ages. So now we can have a rough idea why even Singapore's sports industry may not be as hyped about because it's just that, not everyone wants to play sports. If you like it, of course there's still avenue for you at the new Kallang Stadium, newly built gyms by the sports council, fields or even void deck. Anyway, where got time? Even I had to think twice before going for a run.

Here by investing in defense, the economic spinoff is like what, threefold? It spreads across not only in the army, but the civil defense and the police force too! So if I were to run a country, these would be in my priority list. Turns out, it is in Mr Lee's (I'd rather name him the wise Yoda) priority agenda too.

Anyway, NSFs always have their cravings. You name it. The police guys will not let their colleagues leave for lunch unless they got their order for donuts and bubble tea, my guys here and I will not let our people enter this island (kidding!) without our MacDonald's and for some, cigarettes and the civil defense guys will not return till they get their Asian cuisine at Spize - need I emphasize they receive the most allowance amongst all too? But know that it's for a good reason. Look at me, what are the odds of me going for a real mission really?

Never mind those, at this life stage, we men buy more stuffs than women. We buy more shampoo and everything else because we need it for home use, and camp use. Now that's not threefold, that's sixfold! Now the government should raise our allowance twice the amount because we have to buy two of almost everything!

Of course after all these chatters on National Service, it boils down to one thing. Experience.

Now if you ask me should a non-Singaporean serve national service too? No way in hell can they touch my SAR21. But when it comes to opportunity cost, we lost against Singaporean females. I think Singaporean girls should take back their word when they say Singaporean boys are weak. Please, yo mama is the one who had to carry that 10kg of rice you eat at home from NTUC, and you say we are weak? You can't even carry your own Prada because you're a nada.

For the record, I give my standing ovation to the ladies that serve willingly for the good of Singapore because not many could go through that Standard Obstacle Course, go through the 24km route march or even carry that field pack throughout field camp. I am really grateful to be able to see them hard at work - only to show not all females are weak. You, deserve to be treated well.