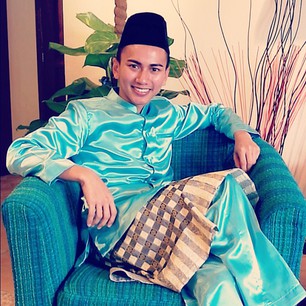 There was this one time I took a cab and after the Visa transaction was done, the driver said, "Selamat Hari Raya! Happy new year to you!" and I couldn't help but to be stunned. While I appreciate the sentiment...

He was having the confusion I had when I was nine. I always taught Eid was somehow a new year in the Islamic calendar - but I was oh so wrong. It's no way is the end of the Hijri year. We are in the month of Syawal, it's like October - three months to the end of Hijri calendar year.

As a  Singaporean, we live in a more than ever dynamic society, with different races from different background and there are probably more than enough reason to shed some light to myself, my fellow Muslims, and of course, my non-Muslim friends. It's partly revision for me should anyone ask why do we have two festivities in one year too. So just to make sure this does not turn into a radical Muslim post! This post should be informative and educational.

It would be embarrassing and inappropriate to wish a Muslim African tourist 'Happy new year!' because 'Selamat Hari Raya!' is too foreign to them. And close to heart, your Malay Muslim friends are probably too nice to accept whatever greeting that comes to them this Eid. Probably they want to skip the hassle of explaining to you the entire story. So let's get this straight.

Eid ul-Fitr and Eid ul-Adha (borrowed Arab word) is a Muslim holiday. It's a religious event, not cultural event. We Singaporeans are often confused between what's cultural and what's religious. Christmas all these while has been a religious event but, going to the clubs on a Christmas eve is probably a tradition to some impious ones - just saying, no judgements. So going to the the mosque to pray on the morning of Eid is what most of us would do. Although optional, one is highly encouraged to go. As the Muslims would understand, it is sunat muakkad.

Why do we celebrate Eid ul-Fitr, or in local terms Hari Raya Aidilfitri?

Although most would have said it is because we have fasted for thrity days in the month of Ramadan, the reason is more than just making ourselves hungry and thirsty. One would spend more time praying, seek forgiveness, giving alms and what not. Holistically, one has to be spiritual and seek to be a better person.

Additionally one must not be involved in any sexual intercourse, avoid from doing any evil (which is why I was so good last month, kidding!), abstain from badmouthing, slandering and anything along that line. If you put your heart and soul to it, you have no idea how tough it is to kill bad habits.

Hence, the reason we celebrate Eid ul-Fitr - to celebrate our triumph from abstaining from doing any sin, and to remind us how fortunate we are. And the celebration continues where people seek forgiveness from other people and start their relationship on a clean slate.

So what is Eid ul-Adha or in local context - Hari Raya Haji?

Eid ul-Adha or in Malay, Aidiladha, is a greater festival than its former. This celebration is to commemorate the willingness of prophet Abraham to sacrifice his son prophet Ishmael as an act of obedience to God, before God intervened to provide him with a sheep to sacrifice instead. Probably explains why the celebration is bigger in religious context. This celebration, being a more solemn one, is mainly celebrated by the people who goes to the Haj - the Muslim pilgrim. Eid ul-Fitr seems bigger because majority of the Muslim fasts. Hence, all are entitled to celebrate. Whereas not many could afford Haj.

In simple terms, it's like this. Hari Raya Puasa is a day where we celebrate after fasting in the month of Ramadan. Hari Raya Haji is a day we celebrate a few months after that to sacrifice some sheep back home while some others fly off to Mecca for their pilgrim. So for both celebration, I'd give you a generic greeting.

To wish someone local you'd say the easy one - Selamat Hari Raya (Transliteration: Happy Celebration Day - doesn't sound like it made sense does it?). If he's a foreigner saying Happy Eid  (Eid in Arab means festivity) would suffice. Happy new year, no go! Because Muslims don't countdown to the new Hijri calendar like the Gregorian one. It is just different.

Well I hope this has shed some light to our confusion. Happy Eid to all my Muslim friends out there!
Labels: Asia Culture Personal