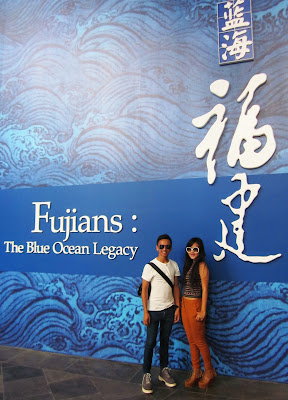 ArtScience Museum
It was my first time going to the world's first ArtScience Museum which hosts popular touring exhibitions like The Art of Brick, Fujians and the renowned Harry Potter: The Exhibition. For the price you are paying, in my opinion, it is economically wise to purchase the entry to all exhibition because different exhibit surely gives different experience.

There's not much to say but feel itself.

The Fujians: The Blue Ocean Legacy exhibit shows a lot about Chinese history and the impact it made in Singapore, as well as how different people of different races and religion live harmoniously during the Song and Yuan dynasty in Guangzhou. It also shows 2,000 year old ocean route of sea-faring Fujians from early trade to mass migration. Very interesting, especially for those who kept asking why do they see Chinese in almost every part of the world. There sure be a Chinatown in most countries! 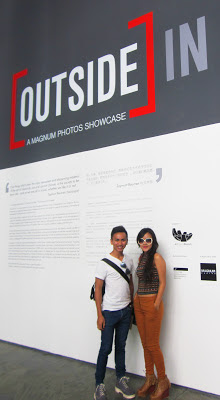 The Magnum photo exhibition, Outside In displays photographs from three lauded photographers; Stuart Franklin, Mark Power and Jacob Aue Sobol. The installations were magnificent. Well spaced, well lit, as compared to The Fujians where I had to be a little bit more cautious. As much as I love most of the photographs, I'd appreciate it more if they have a booklet with detailed captions.


Dhany and I really enjoyed The Art of Brick - the first major museum exhibition to use Lego as a sole art medium. You know when we entered the exhibit and there was this warning sign that says 'Do Not Touch', I've always wondered what would happen if a naughty kid runs around and hit one of the installations and it crumbles into pieces? Come one, it's Lego and you can detach the brick as easy as breathing.

The question is, do I pay for the damage(s) in cash, or do I have to sit there and redo the entire thing? Just a curious thought. Nevertheless, I could not be more impressed by this above all not because doing it is tedious. I think doing it is simple because you're just joining blocks but how patient can you be joining a few thousand Lego bricks, just for one installation? I'm sure Nathan Sawaya is earning big bucks for the time he had spent with inexpensive toy. These days, not many has that kind of patience. I'd be disappointed if I ever find out he uses a machine to produce this. Hah! 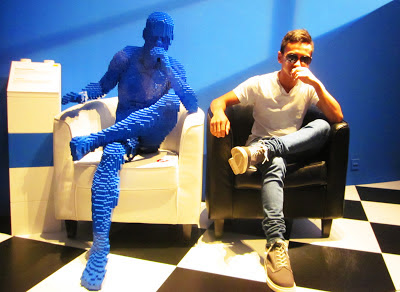 One of the installations in The Art of Brick

Tip: Find out the exhibitions the museum are having and read about them before coming. At least you won't be too lost. Only certain exhibitions has a chargeable audio guide. You're lucky if it's complimentary. 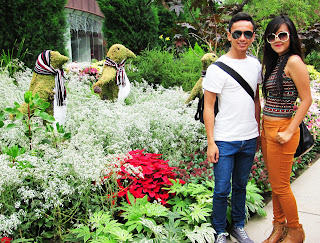 Gardens By The Bay
Gardens By The Bay is relatively new. It opened in late June 2012 and I bet only a handful of you appreciate its engineering. When I stayed at Marina Bay Sands hotel about a year ago, I've always wondered how the two domes and supertrees were constructed. There are many tall buildings in Singapore from public flats to office buildings so we tend to ignore anything that looks smaller just like the two domes and the supertrees.

I don't know the technical and engineering specifics of the construction but what I know is that the supertrees are actually exhaust pipes to the self-sustaining air cooler in the Cloud Forest. It's not just for show after all, they are functional. I recommend you to watch National Geographic's Megastructures: Gardens By The Bay. 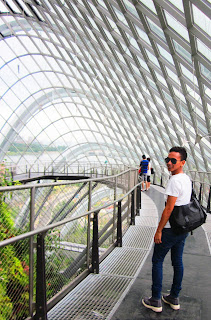 The Flower Dome is very cheery, probably because of the scent and the saturated colour from the flowers. Dhany and I just can't get enough inhaling the air and taking deep breaths. Good thing Christmas is around the corner so the dome is donned with Christmas decorations. Not wanting to take photographs would be an opportunity wasted. It's like we patrons agreed that the decorations are beautiful when we helped each other to take photographs!

The Cloud Forest is chilly and may seem dull at first. I really should have read a little bit more on the Cloud Forest because it was really, really chilly. We should have brought a sweater with us. The Cloud Forest may seem dull at first because you don't see colorful flowers around and all that's attracting you is the man made waterfall. But as you go up to the top and follow the path, then you'll get to see more. I felt a little giddy walking on the trail because it was so high that the people below really look like ants. Just when you thought the dome isn't that bag and high. I've got it all wrong! It was fun though because you'll have a vantage point of the outdoor garden and Marina Barrage.

Tip: If you're going to Cloud Forest, bring a sweater. Not winter wear, okay?

Dinner at J's Wok
J's Wok is one of the many restaurants that incorporates food business and charity. The profit that the restaurant earn goes to Jamiyah Organization - Muslim Missionary Society Singapore that gives welfare to children and the aged. So while there are many other concept restaurants that we can go, Dhany and I went to J's Wok for dinner with my relatives for they have known Dhany when we were in Jakarta. While the menu serves Western, there are still options for Asian cuisine. After dinner we spent about an hour going for karaoke. Heh! It has been a while! Thanks to my relatives for the dinner and karaoke treat! 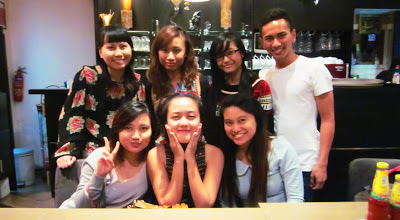 Singapore Flyer
That day I visited the Singapore Flyer, I began to lost count on how many times have I rode it. The first time was in 2009 with Nat, Faz and Fiz, then there's Grand Prix, and then with my colleagues, and several other times which I forgot. 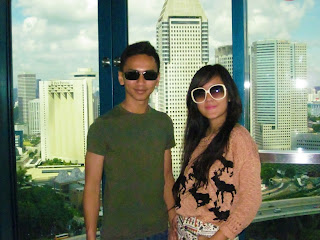 I may have lost count but that doesn't mean I'm used to riding the Singapore Flyer. At times, I do feel the anxiety being on Singapore Flyer. But this time is a little unique because my dad joined us during the tour. At least I feel a little safer with my dad around! There were only seven people in the cabin: my dad, Dhany and I, and a family of four from the Emirates.

What's so uniqe about having my dad on board?

Tips: Don't be scared, take the map in the capsule and have a read. You might want to avoid riding it at night if you're there for real sight seeing. Otherwise all you see are flickering lights. I've tried both!

On board, he explained to us what would happen when the Singapore Flyer stops functioning. Just like what was broadcasted in the news, the survival kit is just one thing. I had no idea there's this thing called dry toilet! I just can't imagine being stuck, having to do my business in a glass capsule with other people on board with no privacy. So before boarding, remember to say your prayers!

But should any breakdown occur, the Singapore Civil Defence Force has my full trust. I always believe they are capable of saving lives and does a good job in rescue missions because they do them regularly. We have all the state of the art equipment but the trouble with saving people these days is just like how my dad put it;

"Actually the mission is easy, but one capsule can hold thirty passengers. And on this wheel there are twenty eight. So if it breaks down, do you think everybody wants to come down?"

Guess we can't put much blame on our superheroes for not saving them, remember that there are many other in other capsules who will want to get down real badly. 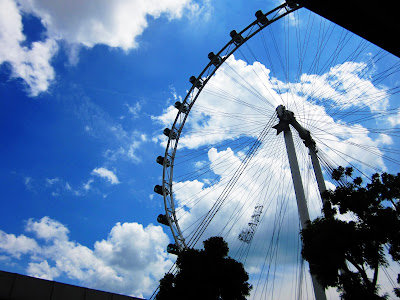 My dad has my respect for his career in the uniformed group and almost every work day he has a mission to attend. There are many stories he shared with my family and I, which gives us a lot of learning point from his working experience.

That sums up my holiday in Singapore. I hope you readers find this informative and entertaining!

I am not writing a review, I don't get paid and I don't get sponsored as what most would have asked and thought. I am just sharing my experience for my reader's benefit on what I went through as a tourist and host.

Special thanks to my family for the wonderful help, my relatives who came by for dinner and karaoke, and of course, Dhany, I do hope you have enjoyed your stay here!
Labels: Asia Exhibition Singapore Travel