I Chirp in Bangkok 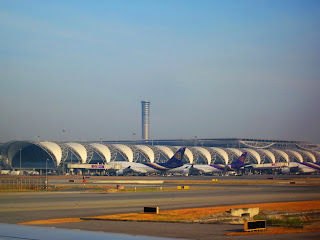 Hello everyone! This week I just got back from another fruitful holiday! Yes, I know, I've been missing from work a lot? I had my first and last week of December on vacation, followed by another one on the first week of January. Clearly, I need a break. A break from having too much break. It's like when I came back to my office I was surprised that a colleague of mine is going to leave already. How time flies, it's already the 11th!

Bangkok was great. It's the city with the longest name (only for ceremonial use):

The city of angels, the great city, the residence of the Emerald Buddha, the impregnable city (unlike Ayutthaya) of God Indra, the grand capital of the world endowed with nine precious gems, the happy city, abounding in an enormous Royal Palace that resembles the heavenly abode where reigns the reincarnated god, a city given by Indra and built by Vishnukarn.

Or better known by the Thais as just Krung Thep.

Apparently, Bangkok is the most visited city in Asia while Singapore comes in second according to a statistic by MasterCard.

This is my first time in Bangkok so I'm kinda curious to know what's so special about Bangkok? Everyone in my social circle have been talking about Bangkok about how fun it was and all, and about how I would love Bangkok because they said I love shopping. Honestly, shopping isn't my strongest pursuit.

But let's not be too egoistic on that because in Bangkok, I'm the king of shopping!

Okay, kidding. Upon arrival, we checked into our hotel to freshen up and park our luggage while the room was still being set up. We planned to reach early because it's the weekend, and the must-go place on weekend is Chatuchak market or in Thai, Jatujak market. I had to argue with my friends and family on the spelling and pronunciation of the name. News flash, both pronunciation is not wrong at all!

Chatuchak is the largest weekend market in the world and you're not in Bangkok if you don't visit this on the weekend. It has everything. As a Singaporean, if Mustafa Centre is megamart of an Indian minimart, Chatuchak is like a magnified Bugis Street with what's in Mustafa Centre combined. They have a huge array of things that you'll be spoilt for choice. You just name it, they have food, collectibles, clothes, plants, pets, and all are color coded in the map which you can find at the market itself. It's pretty convenient but I avoided the pet segment because I found out they have my pet peeve there.

I went a little bonkers on the shopping because I am in need of casual clothes. Home is getting hotter so I grabbed whichever nice thin clothing I could find. I felt like Tweety Bird because the only thing I probably do there is chirp "Cheap! Cheap! Cheap!"

I ended up with a huge bag of things my friends and I had to take turns carrying them. It is helpful to know there are courier companies around like TNT to deliver the goods to your home. Should have known, then I wouldn't have spent on luggage space and have the goods delivered right at my doorstep when I get home. 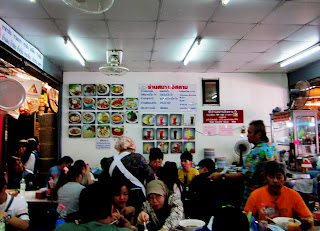 If you are a Muslim, you don't have to worry so much about finding halal food (same goes vegetarian) because the halal food market in Thailand is rising with the increase of tourists from the Emirates, India and Indonesia. We were in the middle of the humongous market when we decided to go for lunch. Just when we made a turn, we bumped into a medium sized Muslim stall selling halal food. It's a family run business and the food is good. Better yet, cheap. They don't only serve Thai food, but Indian and Western food as well. Not surprised to why it is patronized by non-Muslims as well, which make the bulk of of the customers there. 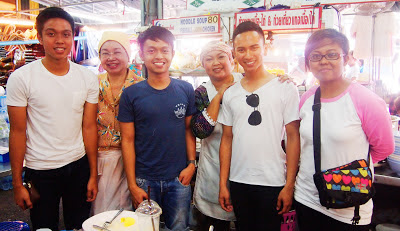 After spending the entire day at Chatuchak market, we went back to the hotel for a break but there was trouble getting a cab that uses the meter and there was one that does but condition was that we have to spend twenty minutes at the Gems Gallery. Which is normal and common as they earn commission in terms of petrol money when they bring us there. As they claim, it is the World's Biggest Jewelry Store with ISO certification to boost consumer's confidence in ensuring quality. Visiting there is like visiting a jewelry museum, or another jewelry show. It's huge, with a tank of baby sharks in the middle of the store. Big? Yes. Classy? I'd put a second to that. But of course, that shouldn't deter you from from buying because for one, they are ISO certified, and secondly, if you're smart enough, you will know how to pick a good rock. But if you happen to be on a budget, you can always treat it as an eye treat and indulge yourself to the complimentary drink. 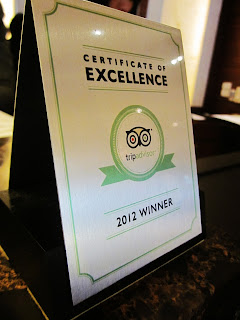 After so long then we got to see our hotel room. It's decent, and it's clean. For a 4.5/5 rating by TripAdvisor, it's not so bad. We stayed at President Palace and it is pretty much a convenient location. Across the street is a spa, and its neighbour are all restaurants, bars and money changer. If you walk further down, you'll hit the main road, which is vibrant with makeshift shops selling collectibles and souvenirs. As you walk to the left along the road, it's Terminal 21, a new thematic mall and across the mall is the train station. Very convenient and strategic location, not too busy neither it is too quiet.

The following day we went to Siam Discovery to visit Madame Tussauds wax museum. Madame Tussauds is a major tourist attraction in London, but we were in Bangkok and it has one, so why not pay a visit? That's right, Madame Tussaud is six feet under. The brand itself has a wonderful history dating back in the 1700's. A must go if you want to see the real size of late Michael Jackson or Justin Bieber! 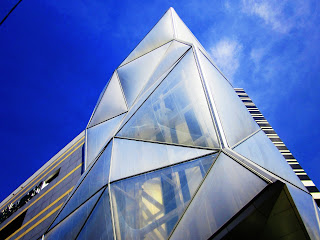 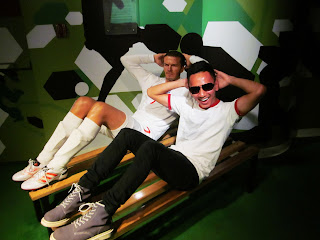 The rest of the day was spent shopping at MBK and some other malls. 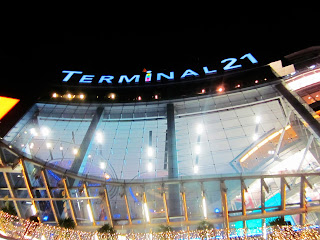 While some malls make me sick to the stomach (because there's a lot already back home) the mall that really interests me was Terminal 21 because it has a theme on each level. It's not as up market as Siam Paragon or CentralWorld but H&M is coming soon at Terminal 21. But what really interests me is not H&M but the toilet! It has a fully automated toilet apart from the them in it. Where do you get that in malls in Singapore? Okay, maybe I've not been to all the malls in Singapore but what about the prominent ones like ION Orchard, Wisma Atria or Ngee Ann City? It's time to revamp our toilets (or at least just for one mall) and do it Japanese style. What's the big deal you may ask? One, I don't have to worry if there's enough toilet roll. Two, it's cleaner and more efficient. And above all, it dries up your butt after washing up. A little bit explicit, my apologies but that's for the lack of better word. 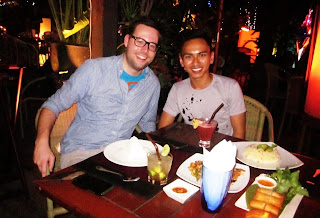 I manage to meet a close friend of mine from Netherlands in Bangkok because we did not had the chance to meet when he was in Singapore. Coincidentally he was here with his dad and I took the opportunity to meet him. Otherwise we might need to wait for another year or trip to meet! It has been great catching up and knowing you Mike!


So a few good days spent on retail therapy, now that I am back, it's time to sit back and wait for the bill to roll in. The only thing that really rolls to your doorstep is your bill. Time for damage control. Have a great weekend everyone!
Labels: Asia Culture Food Travel