Hello guys! I hope all of you are having a great weekend because I am having a good one right now. It's too good that I fell asleep while unpacking all my duffel bag. It's weird that I enlisted with one duffel bag and end my service with three of them. 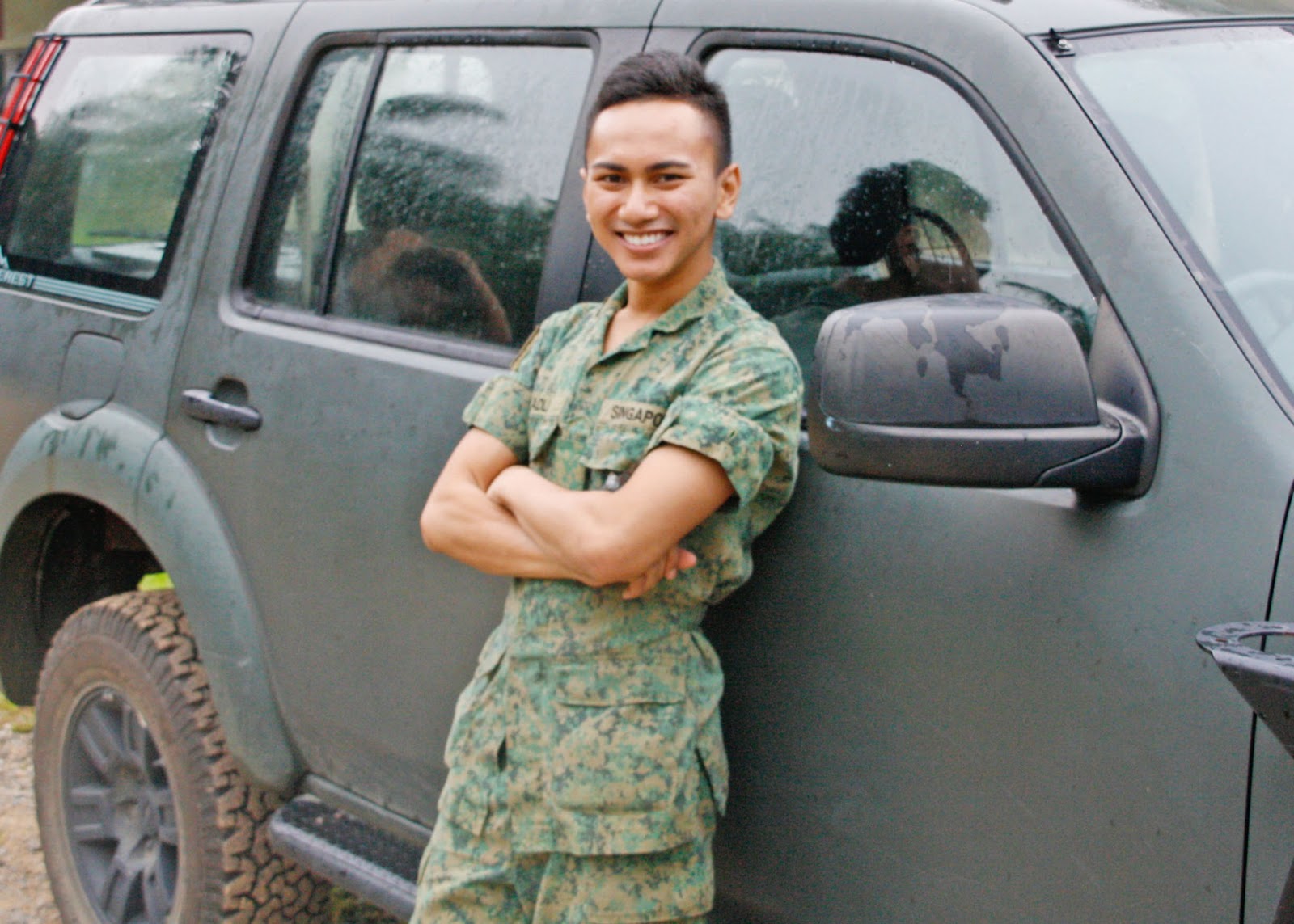 Whatever it is, it is over for now - until reservist comes. So here's a follow up on our farewell trip to Genting. Our friend, Andika has made a video for this trip for memory's sake and I would like to share it with you guys! Be prepared to be surprised watching this video. Haha!


Moving on, there are so many people to thank to in this entry. I understand, it's common for every Singaporean son to say their thanks in Facebook, Twitter, Instagram and all other outlet. Rather than I too, fill your social media news feed with my long winded entry, I might as well write it here and only indulge those who has been following. My National Service (NS) life is a unique one for me. It's the most valuable intangible asset that no other can take it away from me. It's etched in my mind, vividly. I can even remember how my first day in National Service started.

Let's start from the beginning.

First, I would like to thank one of my close friends, Khidir for meeting me in the first place to give me a heads up on how army life is going to be like before I got enlisted. We come from a different background in school and I know nuts about uniformed life - school uniform doesn't count! At least he does and had experienced it first hand. I wouldn't want to enter not knowing anything at all - which I didn't until I met him and it was really helpful. Thanks a lot!

During the Basic Military Training (BMT), I would like to thank my battalion of friends like Syaz, Khai, Fiz, Niz, Amin, Elf, who had been texting me to ask how is it like in camp - although it may seem they asked out of curiosity than concern (they know I'm a survivor!), I appreciate it a lot especially when I felt really odd being thrown on an island and mix with a bunch of people I don't even know. It. Is. Just. Odd. How can it not be? Back in my schooling days most of my friends were females and better yet, when I was in poly, there were only five boys in a class of twenty. Then again, I did not regret making tonnes of female friends even if my mum asked me to make more male friends. In NS, what are the odds of seeing girls! Haha, ironically my BMT coy had a platoon of girls.

A thank you note to Vasudevan, my buddy is not forgotten as well because at times when I was weak and needed his help, he has always been the stronger one. Despite being very weak in his English then, I know he has been working hard to keep up with the Singaporean lifestyle. He was in Singapore for only about five months before being enlisted. He was one of the most challenging buddy I had in my NS life but that's just due to language barrier. Other than that, I am one of the most challenging buddy anyone can have in command school - everyone was dying to shut me up!

I also would like to thank my relatives and friends for attending my Passing Out Parade (POP) now known as Graduation Parade (GP) - because recruits do pass out from that long walk, the name has to change. Just kidding! It was really heartwarming since you guys had to wake up early and bear the stench. I had no idea how smelly we were until I started helping out at the GP as a specialist. You can smell them from the grandstand!

By the time GP ended, I was quite accustomed to the lifestyle and got into the Specialist Cadet School (SCS). Honestly, I was initially disappointed for not being posted to Officer Cadet School (OCS) because I was very sure I did my best and did quite well. Or at least that's what I thought! I even expressed interest during my foundation term in SCS to cross over to OCS. I even made a deal with myself that if I go to OCS, I would consider - I repeat - consider - signing on (hmmm... what was I thinking!). But that didn't materialize. Some people even told me that I should express interest in signing on before asking to be posted to OCS or something.

But as they say, God works in mysterious ways.

Today if you ask me if I'm proud to be a specialist, I'd say I am. But about a year ago, it's like I'm being forced to come to terms with my fate.

After graduating from SCS with a third sergeant rank, I got posted to where I came from: Basic Military Training Centre (BMTC). My state of mind was really in a mess at first because I just don't know should I be a trainer, or something else. There were like three options. But my intuition kept on pushing me to express interest in something I never had in mind since the day I was enlisted. Never, not at all had I thought of working in an office in military uniform. But guess what, that very same thing happen for the following one year I was posted there.


That wouldn't have happened without the help of many people. Firstly, Sufiyan for being so ever nice to me. If I had the chance then, I would hug you so tight your brains will pop out. Secondly, Ian for being such a wonderful human being. You are one of the many reasons why I get to shake hands with Commander last week. And of course, Haikarl, you were there to welcome me on my enlistment day and was there to welcome me again to give me a heads up on how office work is like.

By the way, if you think office work as a specialist has its rewards - know that it doesn't come without challenges and responsibilities. 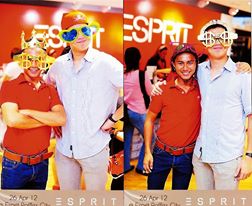 I also would like to say many thanks to my upper study, Oliver for being very patient and nice in teaching me how to run the office. I know I can be a little bit slow sometimes because there were so many things to digest but when I knew you, I was fond of your quick personality. Today, I've grown to be a little just like you! 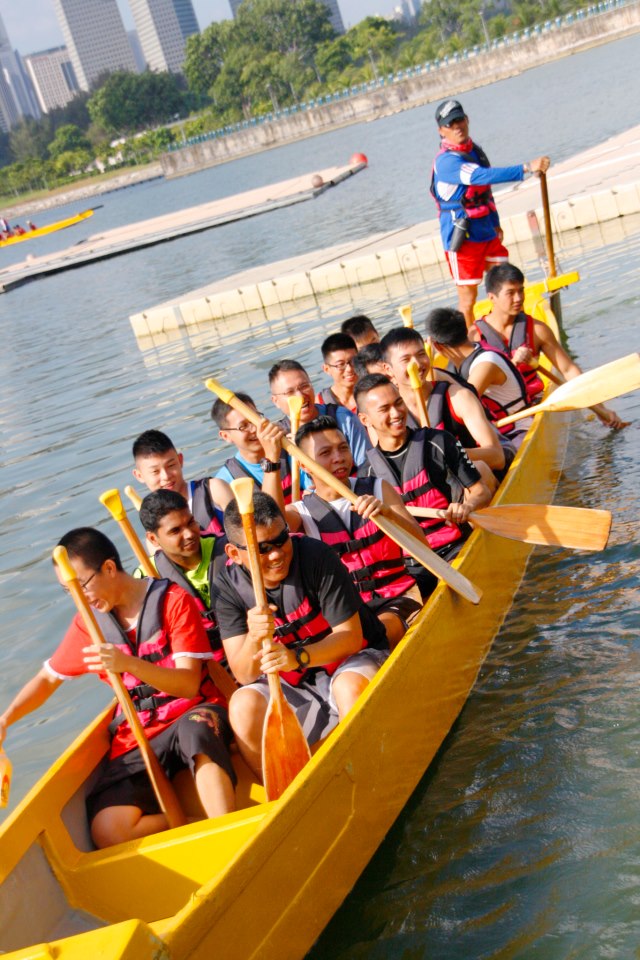 Next one is for you, Ashraf. I really would like to thank you for giving me the opportunity to take up this appointment. I really can't thank you enough. If it's not dramatic enough, know that I'm writing this with my heart filled with tears! I am indeed indebted to you buddy. You were my listening ear when I had trouble at work!

Subsequently, thanks to all my colleagues and equal for the great time when I was in the office. People like Ashraf, Dehao, Chris, Jason, Andika, Kuang, Silas, Poh, Kenneth, Ashraf, Scharwin and all the new members. You people are the reason why I am laughing like a mad man before bed sometimes. You guys definitely enlightened, and further brightened my NS life. You guys think our office is for Fifty Shades is it!

To colleagues in Kestrel and my recruits, although I was only down at coy line for only three short weeks, it only made my NS experience more worthwhile and more interesting for me to take back. 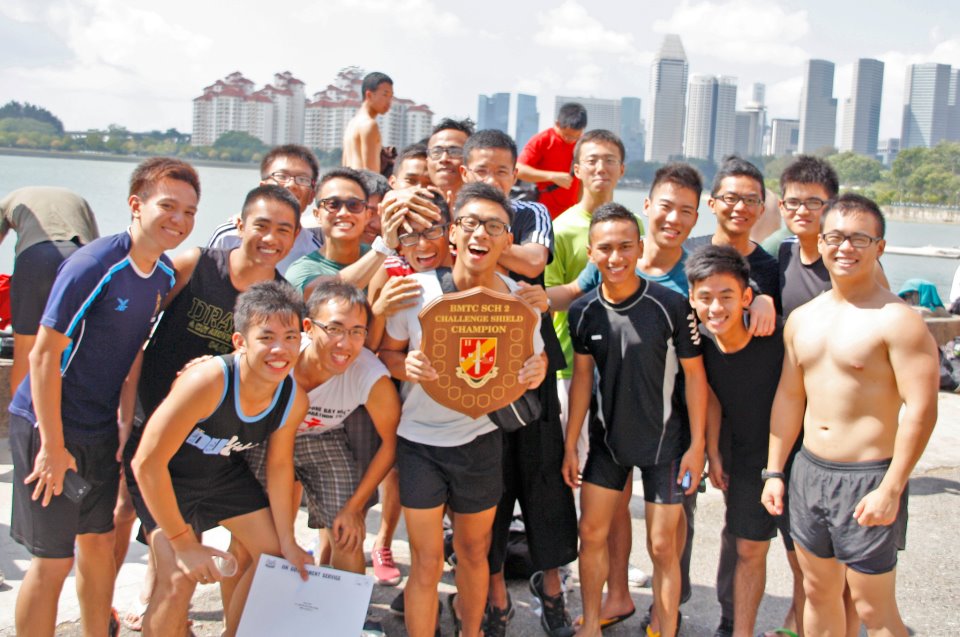 Ultimately, a huge thank you to my mum, dad and my two younger siblings. My parents were the ones who gave me consistent support throughout my army life, and youngest brother, thanks for cleaning my bedroom for me while I was busy training back then. That is very sweet of you guys! You, my family, I am always indebted to. Forever and will be.

And of course above all, to the Almighty, thank you so much. There were moments in my life that did not go as planned but you brought me to a better place I never thought I'd go. To those whom I forgot to mention and is a part of this,