Hello everyone! I was at Victoria Theatre and Concert Hall last evening for Dirtsong presented by Singapore International Festival of Arts (SIFA) it was amazing! I just wish more people had seen the new way of singing country! I had to run a quick errand before attending the show and I was glad to make it on time because Dirtsong is a must-not-miss! 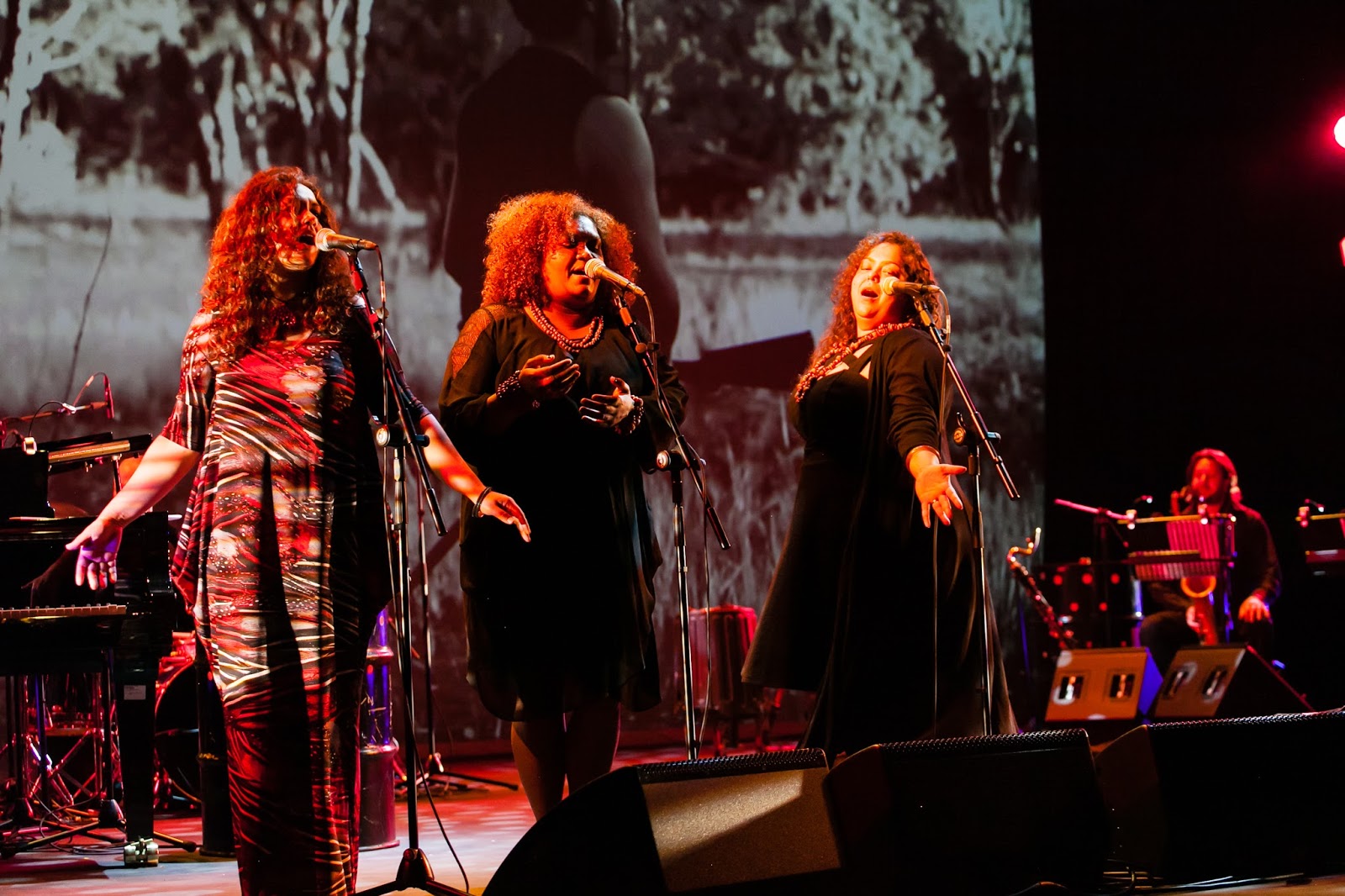 Performed by a group of Aboriginal performers called Black Arm Band, Dirtsong was predominantly done in indigenous languages from across Australia. It brings the past and future together, and celebrates language restoration and cultural survival through songs that maps out the primitive facets of Australia. It was an unusual and clever way of reviving what to many see as irrelevant in modern living.

It resonates closely to our life. Have we ever asked ourselves, what will happen if one day, everything we had ever known becomes irrelevant anymore? When what we know becomes extinct, do we do something to revive it, or go with the flow and be unconnected from the rest. In the Aboriginals' world, there were hundreds of native languages spoken before 1788 and have been irretrievably lost, or are at risk of disappearing. Fortunately, some languages survive and are thriving, while some with a tinge of hope are being recovered, restored and learned anew by their younger generations. 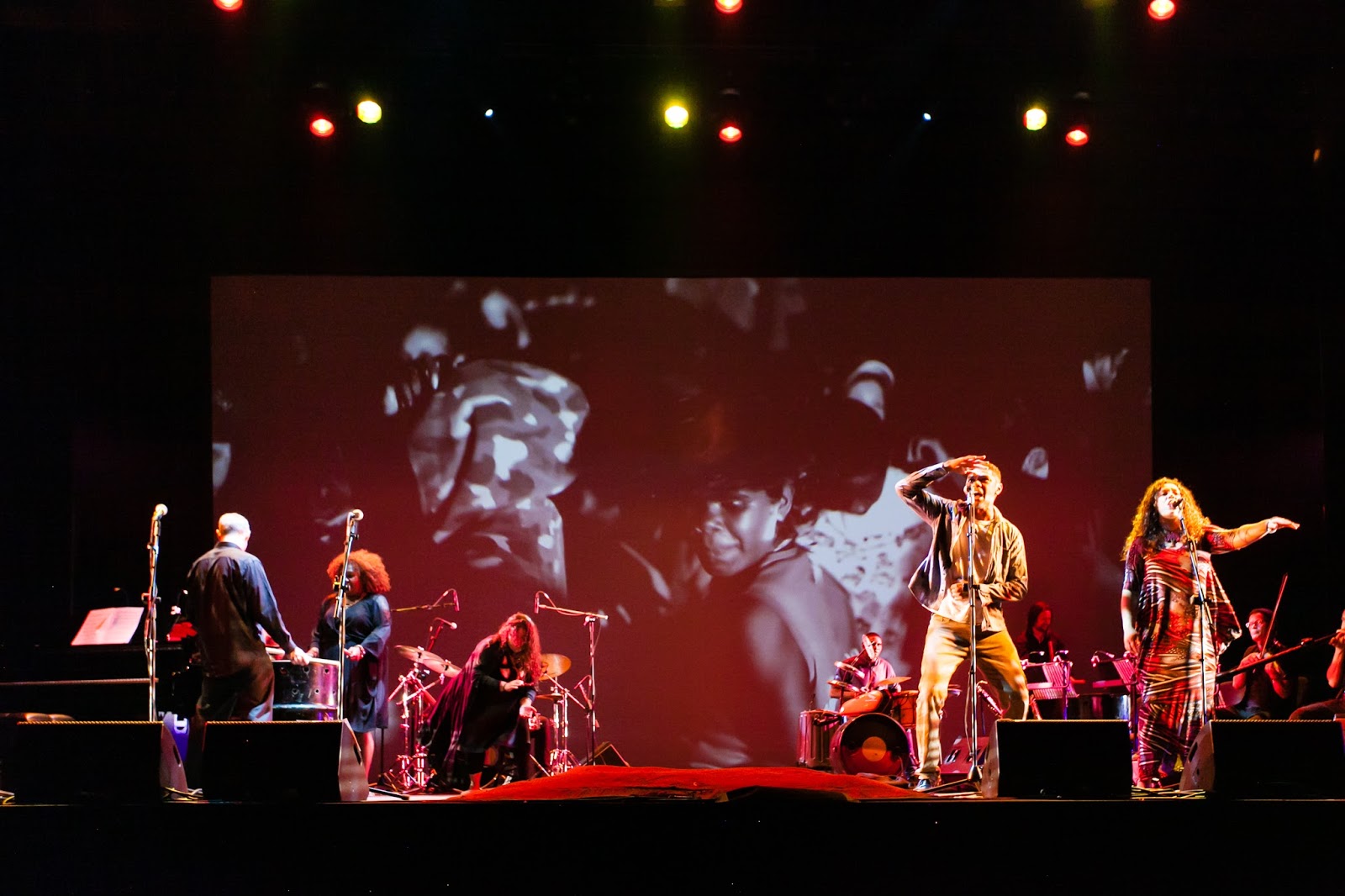 The show re-maps and strengthens these cultural relationship between the race and their language, feeding back into the larger project of language revival in Australia. Many of the songs are newly commissioned not only to reinforce or affirm its culture, but actively creating it. 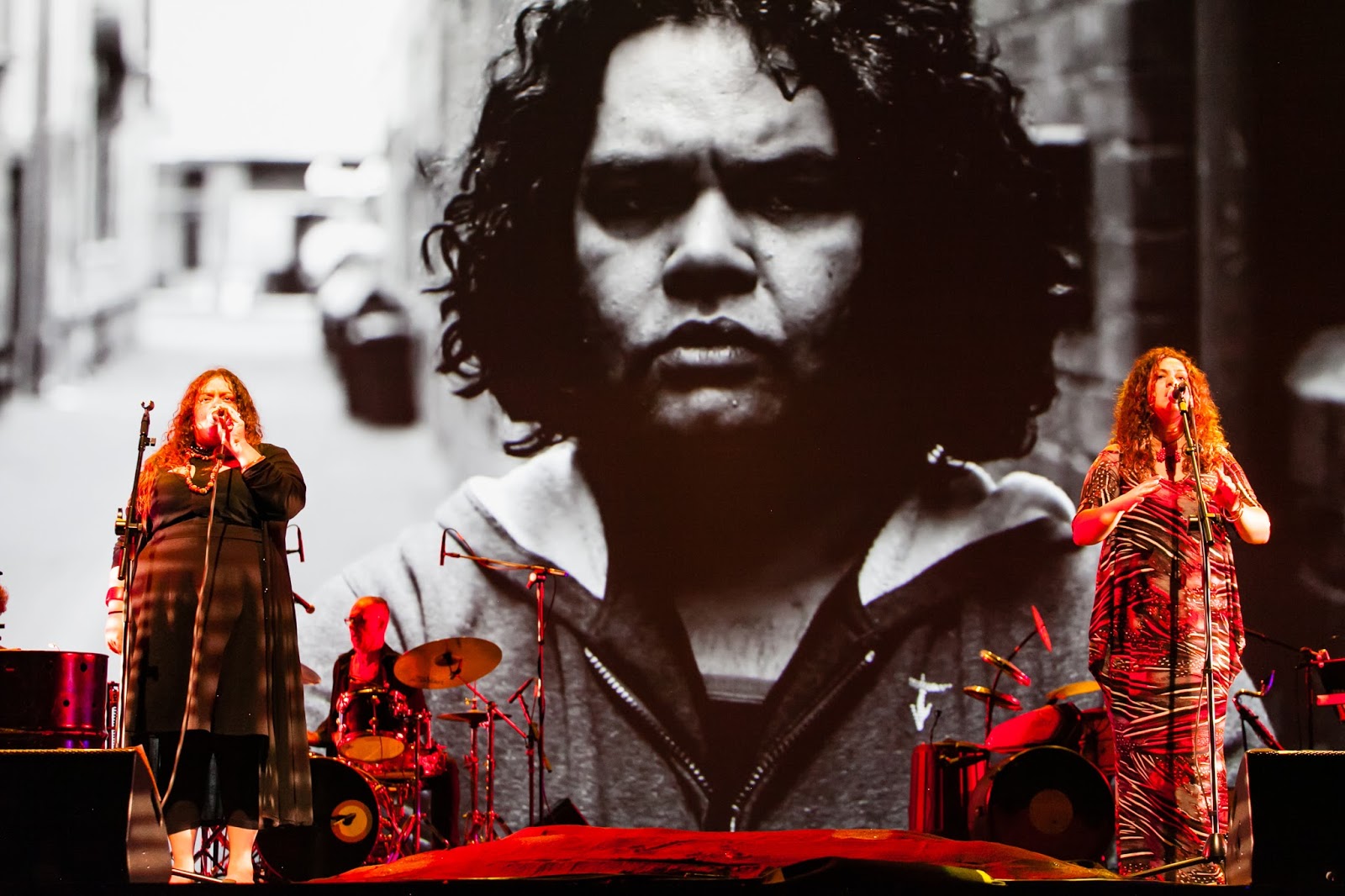 Which is why I think this is one of the best shows for cultural immersion! Australia is huge and the Aboriginal life is one visitors should explore and experience first hand. 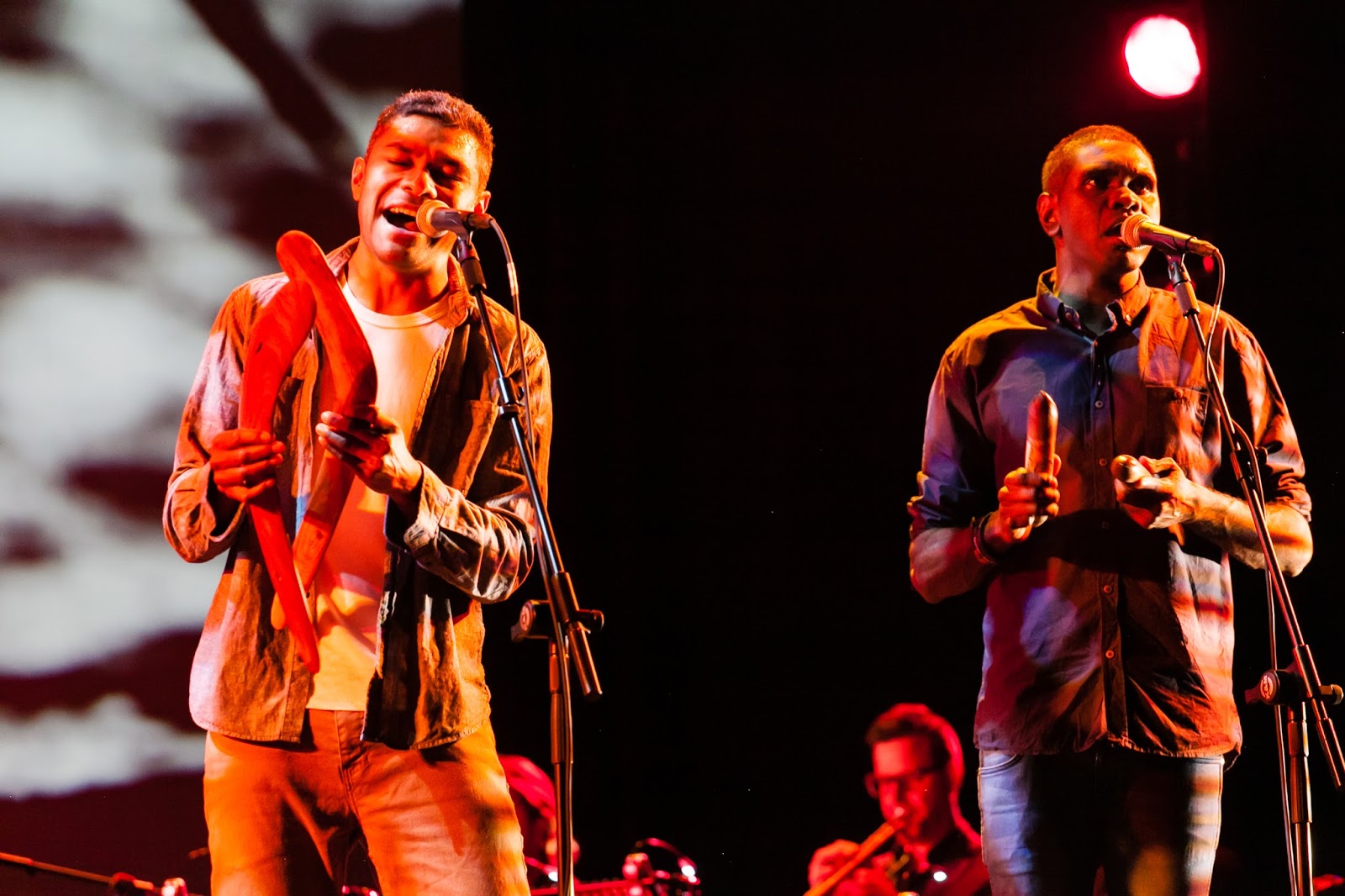 Two of my favourite numbers are Rainstorm which is sung in the language from the southern end of Kakadu National Park - Gundjeihmi, which is still spoken fluently all over the region. I find it to be profoundly soulful.

The second one is Coming Up Close Now, which illustrates the spirit of the Wongi word GrunGada (gathering) from the Coolgardie and Kalgoorlie regions of Western Australia. The sounds of didgeridoo was well jazzed up by the sultry tunes of the saxophone. 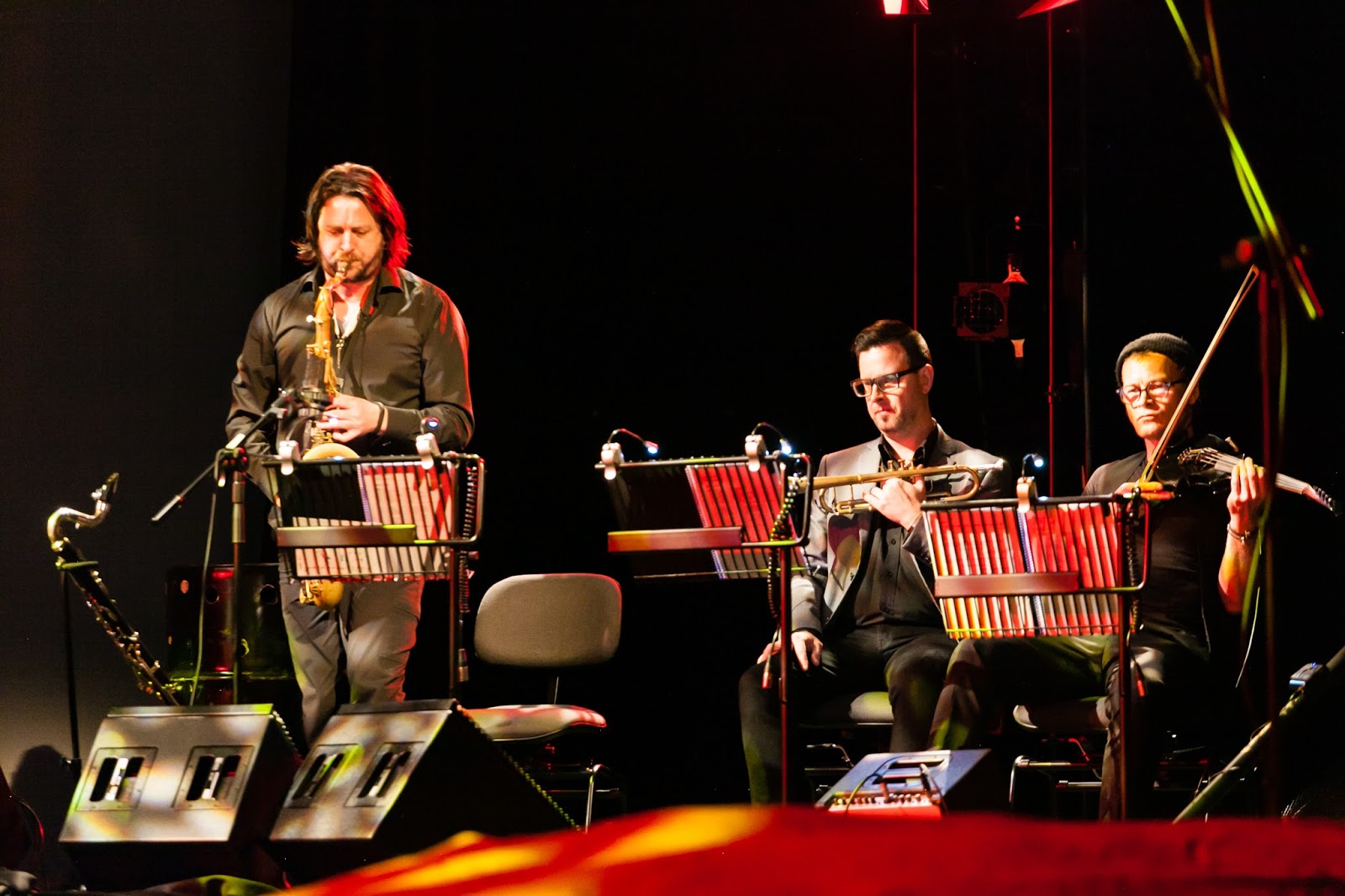 Dirtsong all in all brings out the enchanting side of Australia, showing how Aboriginals are being forward and progressive through their blend of music and technicolor presentation. Well done Black Arm Band!

I would strongly recommend you to catch their last show tonight, 22 August! Enjoy their timbre and harmonious voices, while immersing yourself with a widespread buffet of Aboriginal culture.