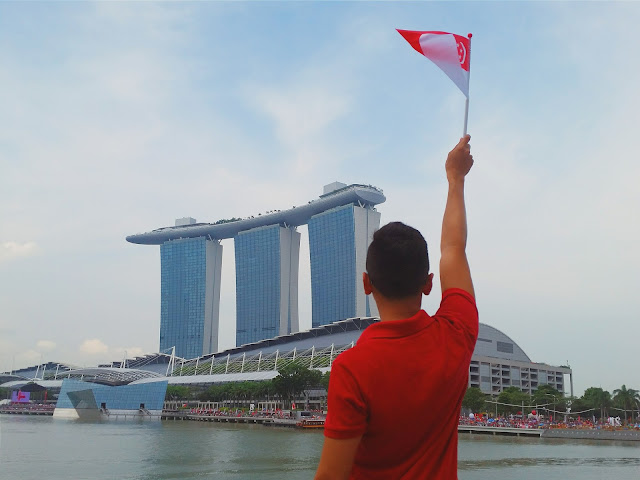 I hope everyone in Singapore had a wonderful golden jubilee last weekend. We got to thank our president for gifting us a public holiday on Friday that some of us had the time to travel out of Singapore. Where's your patriotism people? I had better expectation from some of you! If you have to ask how was my jubilee celebration, I'd say I thought of spending the evening watching the parade and performances at the comfort of my couch with pizza. I was quite disappointed this year so several reasons. 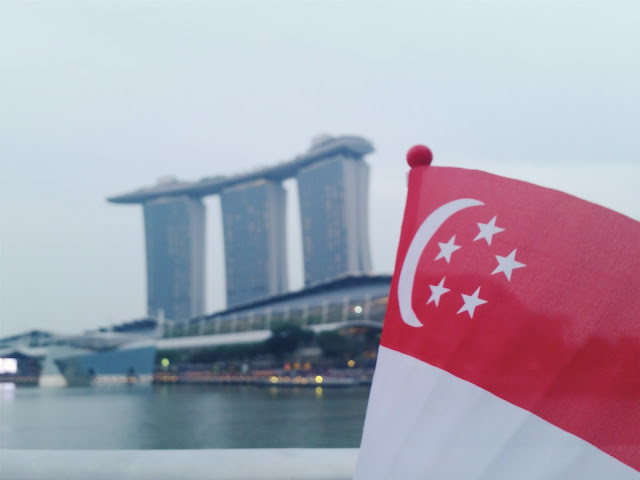 I have been balloting for the tickets since forever and never had I once gotten it be it the preview or National Day itself. It got me more crossed when I saw some undeserving people get to see the parade when they can't even integrate. This year, I am not so pissed thanks to my newly found purpose. I am not going to sit there with the rest of the crow and cheer for formations I can only see well from far. I rally them. This year, I had the joy of rounding up people and I am so proud of it. Managed to do it within my peripheral vision because the stretch of people was too long! Too bad the main cameras missed the entire show we had at The Promontory! 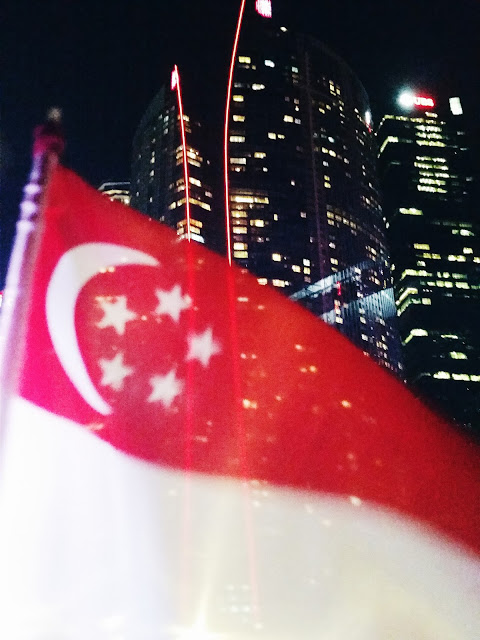 It was funny because in the afternoon I got a WhatsApp message from my aunt asking if we want to join the celebration at The Promontory at Marina Bay. I was so reluctant of going because I am not going to beat the crowd for hours just to watch a five minutes detonation of black powder stowed in the middle of the bay. I did not express my reluctance though. It was until my aunt sent her spot she was at got me so eager to get home. 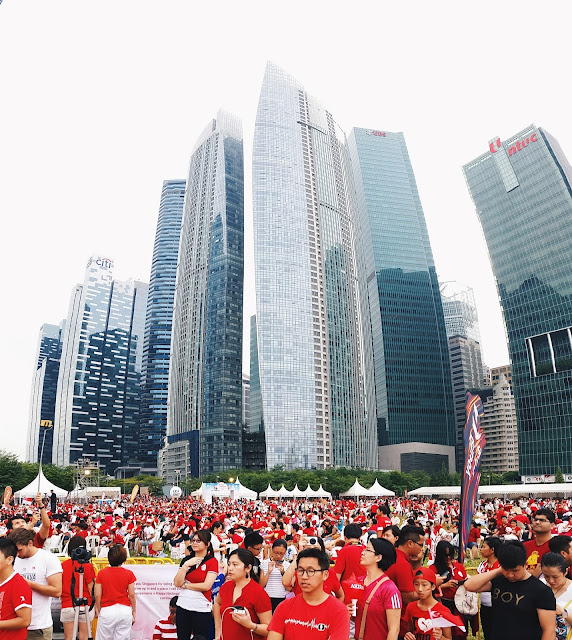 Don't get me wrong, I am not choosy of my company or the place I would be at but because I am a huge fan of pyrotechnic shows so it's either I watch it full with my naked eyes or I just don't watch it at all. It hurts if I join the crowd and not get to see the entire fireworks because I am vertically challenged.

I reached home and don myself in red and white, not forgetting my essentials like spare battery, the Singapore flag and some food. I was grateful we were there just in time to beat the crowd. Got to thank my brother who decided not to go as he was able to send us to the nearest entry point without much beating to do. It was a strategic spot to see the aerial show entrance and fireworks. It was also close to the NTUC event which I expected it more happening. Turns out, we were better participants albeit being outside their parameter.

Come on, if their photographers went over to the edges of that barricade to get a snap of us, it says a lot about some parts of the crowd in there.

To make it all worthwhile because it was the day of our independence, we were so participative! As the main parade was telecasted on screen, we were kinda left out in that sense as there were no host around. So we rallied everyone to do to Singapore wave with us. It was satisfying to see that you're the catalyst of something fun and huge. We also led the singing of some national songs despite forgetting the lyrics.

What do you know, I tend to forget lyrics anyway. It's like a tested and proven thing on most occasion I would forget them. Or is it because I am aging that I need a teleprompter right in front of me with all the lyrics?

It was a flag-waving day for all of us while some families shared their spot with other curious tourists. 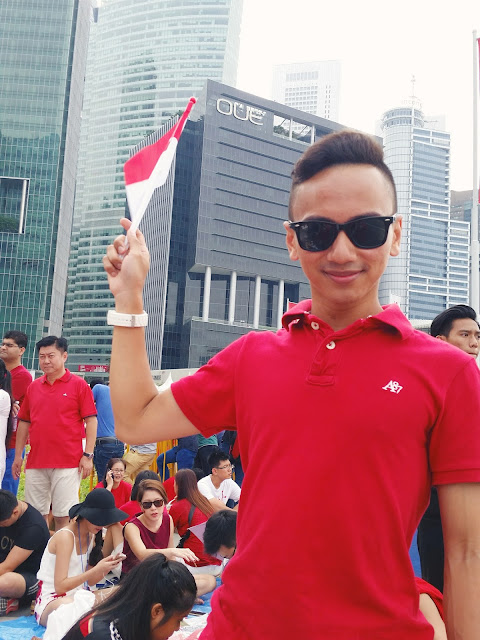 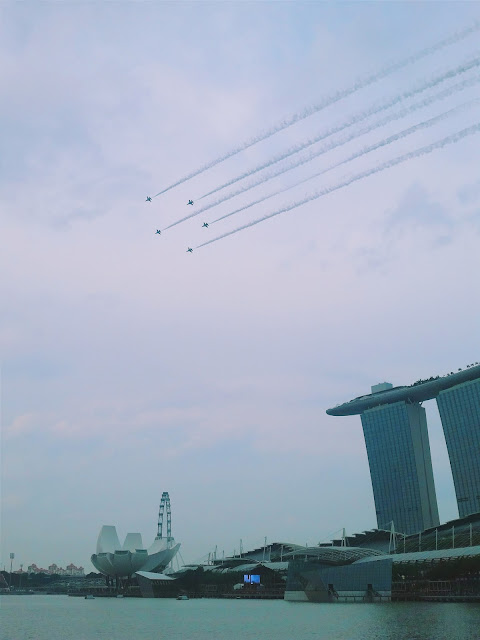 While we watch the performances on screen, we were mindful of the time. It's just a Singaporean thing to know what time does the firework starts. When it was almost 8.15pm, everyone had their cameras ready for photo taking. The fireworks display was massive and vibrant! 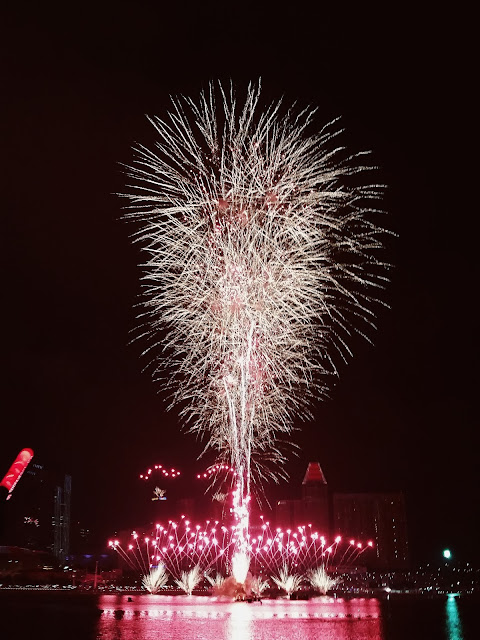 At the end of it, we stayed on as the gates were not open for us yet since the crowd outside had not dissipated. We enjoyed the performances put up by the local band and danced to the tune while everyone else were busy packing. It was heartwarming that some of our neighboring spectators wanted to take photos with us. It was really amazing! God bless them all! 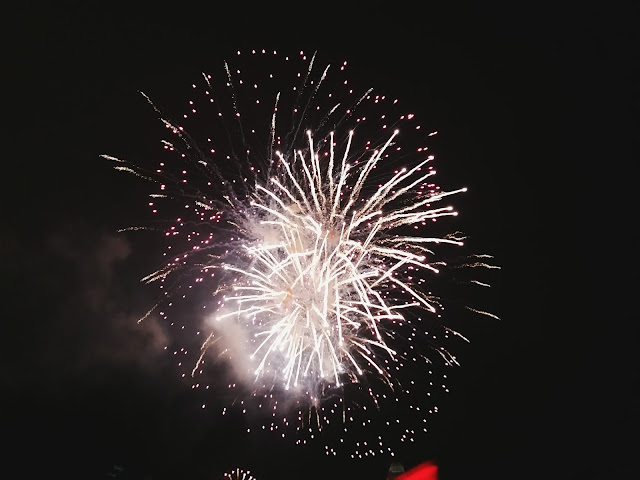 It was indeed a blissful day out with my family. It's rare to see your elder family members dance to millennium music, what's more to the music of their time - Dancing Queen and Angel by Shaggy!

At this occasion too it made me reflect who we are as Singaporeans despite speculation that the celebration was a strong propaganda, freedom of speech and whatnot. After all, freedom of speech is given and no one should ever think it being politicised. Even so, defaming words can be damaging so if anyone slaps you with a lawsuit, don't fret because they're just exercising freedom of speech too. :p

I am also delighted that on this occasion my message to the community was written and shared in the national Malay newspaper; Berita Harian (9 Aug 2015, Pg 9) 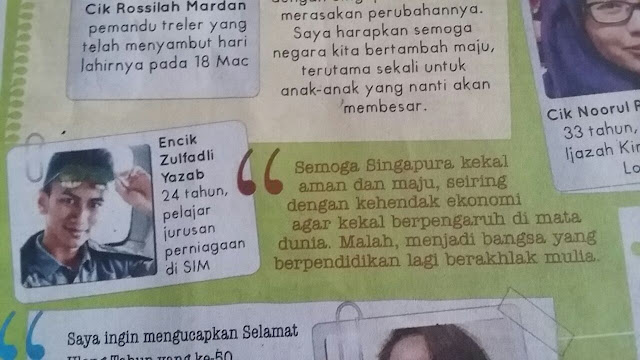 My message is strong and relevant as we Singaporeans, are at a point of passing on the baton to younger generation like myself and the people after me. To keep our beloved city survive for the next throughout the century or so in terms of its total defence namely economic, social, psychological, military, and social defence, it is imperative to play along with the economic trends (remember, no one can beat the market), be educated and a civil one. In other words, we have to adapt to the flow of economy. After all, we are humans, not salmons. No point going against the flow of the river. We also have to be knowledgeable especially with the rise of false news and subtle propaganda, it is all the more important to be conscious of our thoughts and beliefs inculcated in us. Imperatively, there's nothing more Singaporean than being a civil one. That goes without saying, campaigns like self-hygiene should be aggressively promoted if we are going to inculcate the ideal Singapore culture.

Come on, after 50 years of independence do I still need to see people picking their nose and flick it indiscreetly?

While there are imperfections on my little red dot, this is still where I call home. 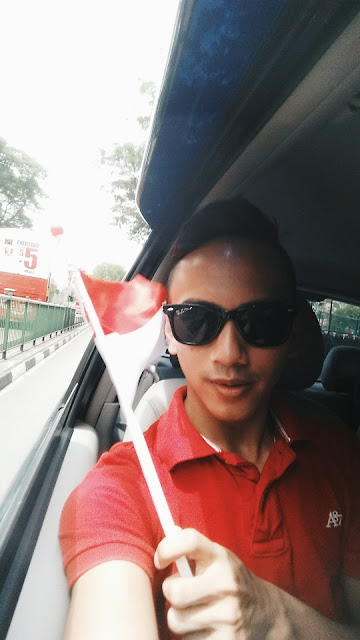 Here's a toast to Singapore, my beloved metropolitan. Hopefully, we are able to live with people who are in line with the Singaporean identity. We are not going to put the efforts of our forefathers to waste. 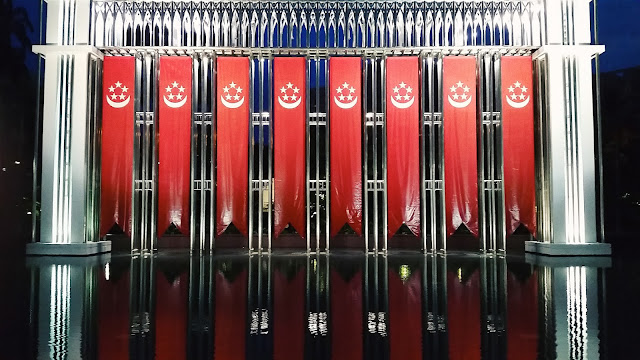 Wishing all Singaporeans a happy SG50, and happy August to the rest of the world!