I am grateful that this year when I got back from Australia, I got an invitation to watch a spectacular performance by Japanese percussion ensemble Drum Tao! In a way it feels like a welcome performance for me because I landed a night before the show. It is also the first performance of the year in my calendar of events so I am really thankful to have the chance to catch Drum Tao's brand new show, Hyakkanryoran Hanabi; which translates Hyakkaryoran - The World of Japan. 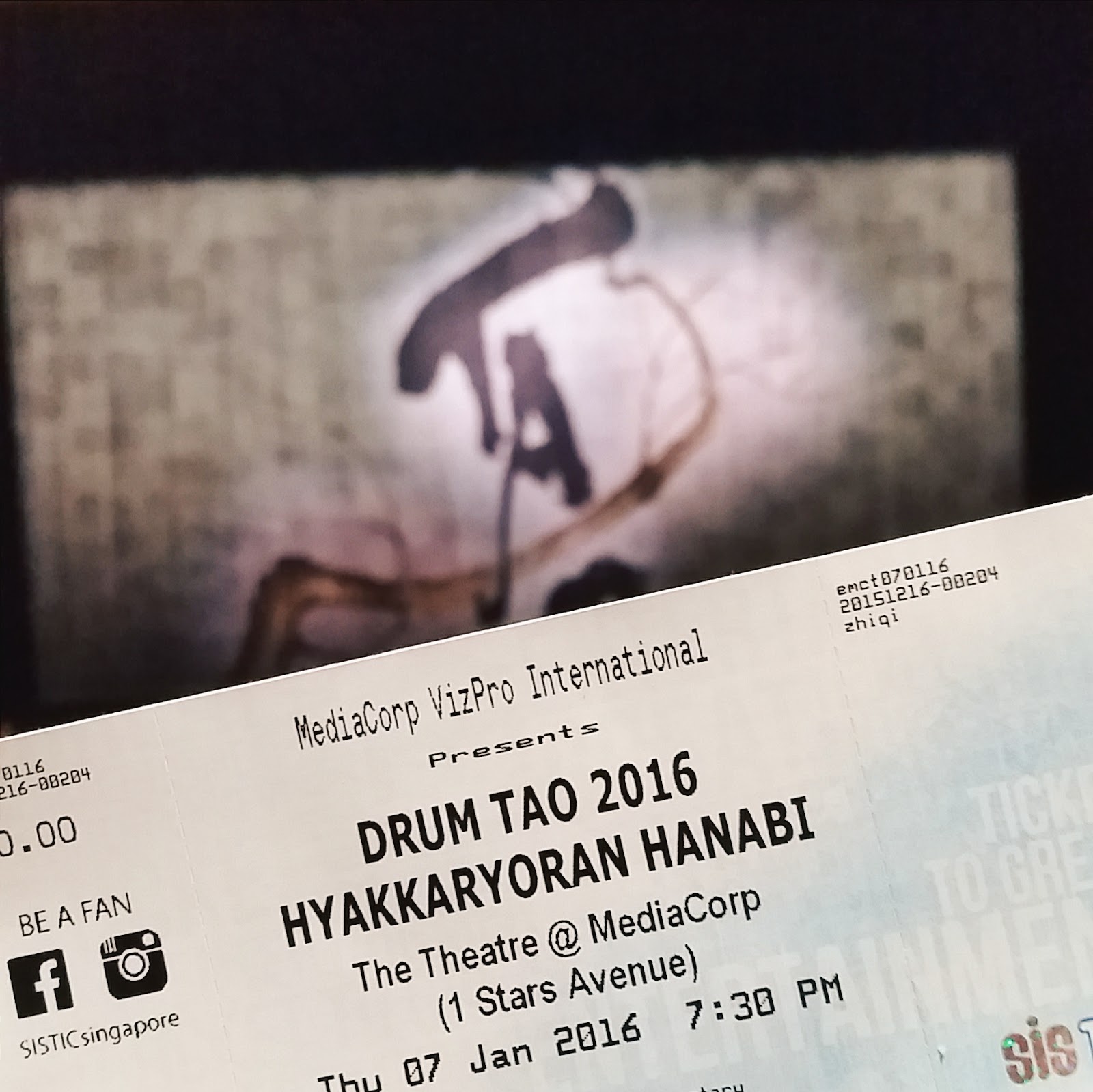 This new show combines musicianship, athleticism, humor, and choreography together with explosive, traditional Taiko drumming. It has had critics raving about the group's extraordinary precision, energy, and stamina when they performed in Japan. Here, it promised and delivered a more explosive and dynamic drumming and a dramatic plot, that transports audience into the world of beautifully choreographed moves and music. 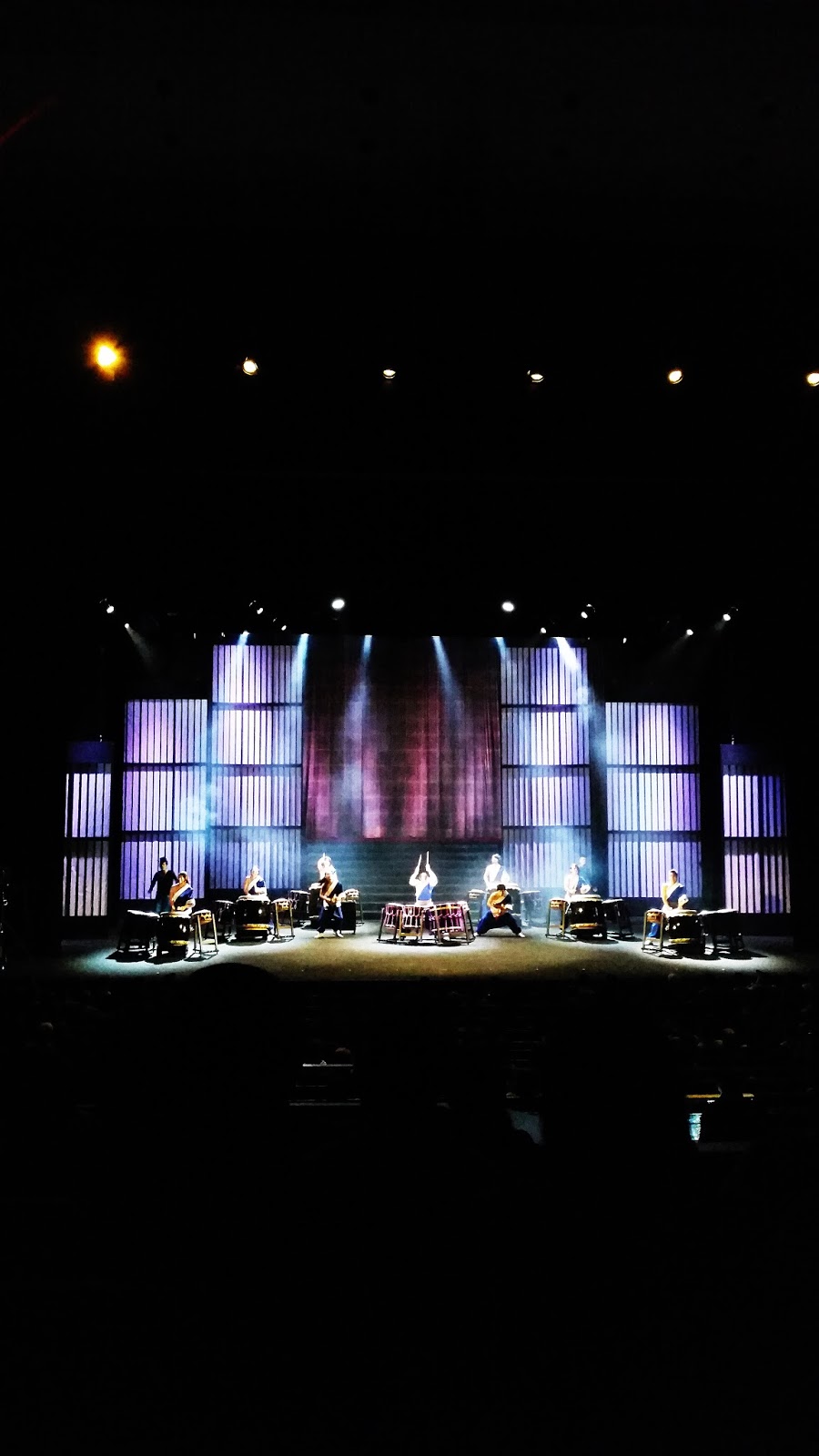 So, welcome back to me! It's hard to face reality after two weeks of being away but Drum Tao reminds me of how much I miss home!

The show was amazing! The magnificence of the show can be felt the moment I entered the hall and saw a huge curtain display that calligraphed the word 'Tao'. 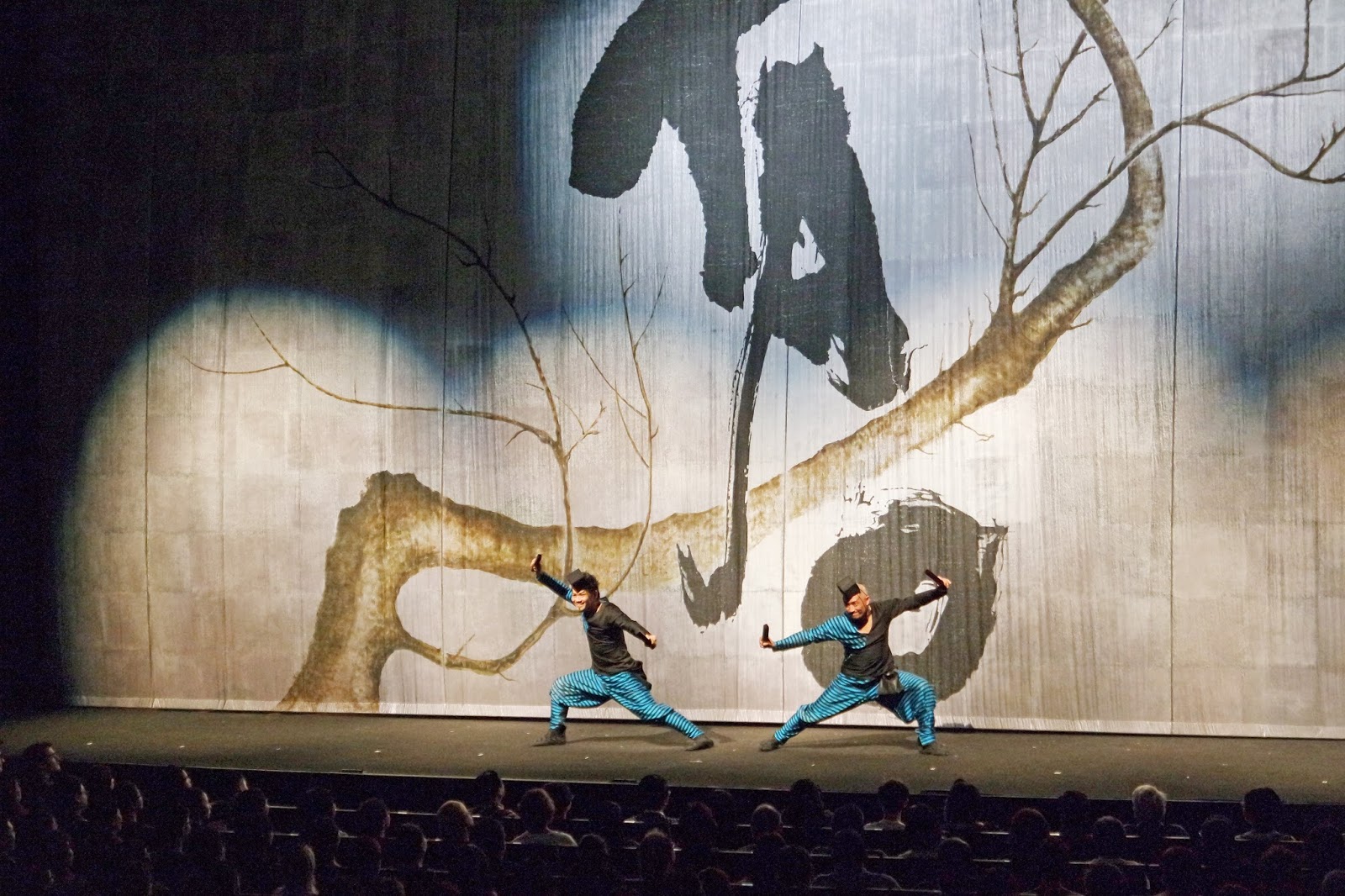 I don't think drumming could be any more theatrical but just beating stretched animal skin with two wooden sticks but Drum Tao has proven me wrong. Involving a mix of air and string instruments in certain segments of the show, it added tune to an already amazing drum beats that comes from various sizes. 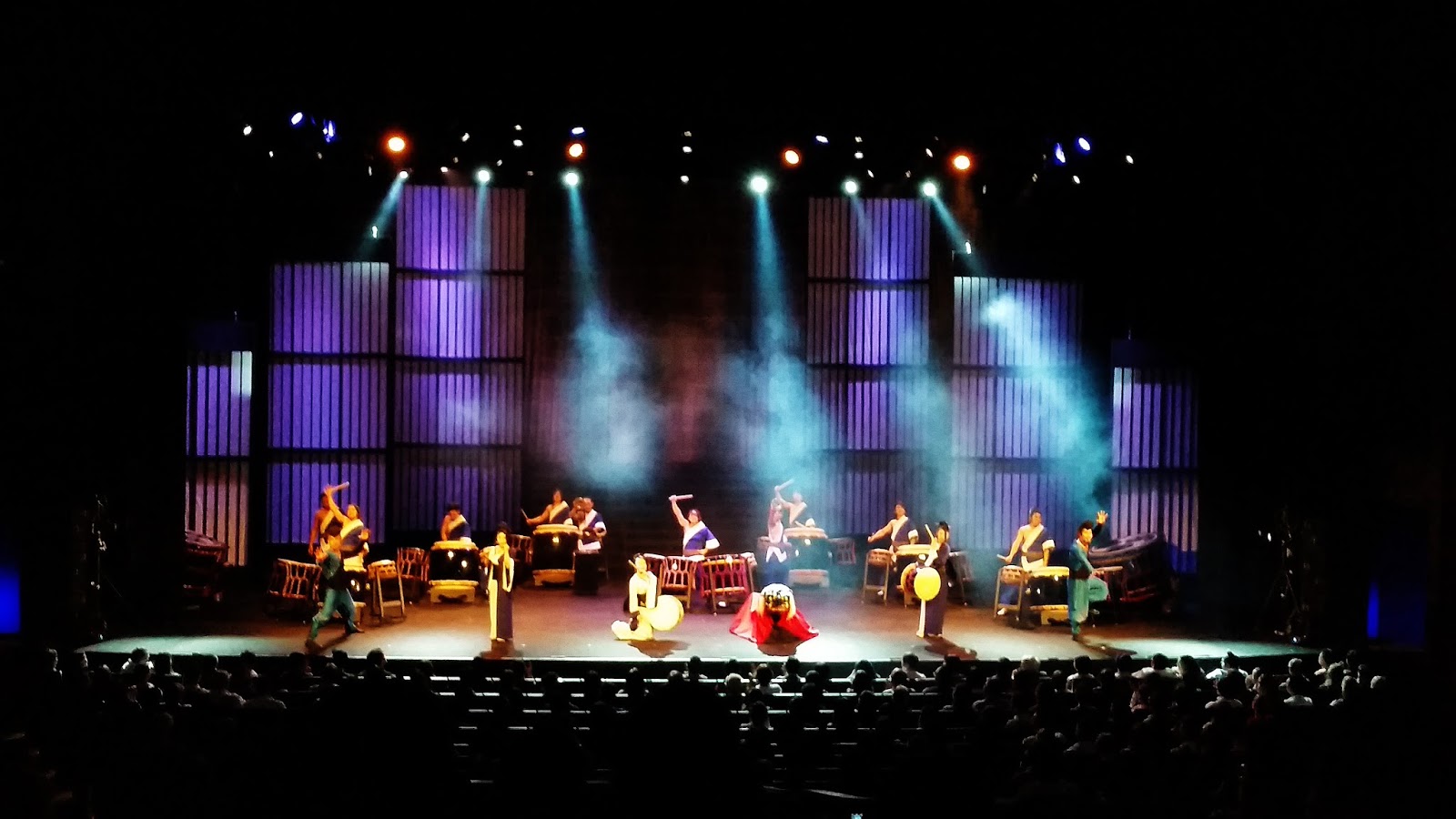 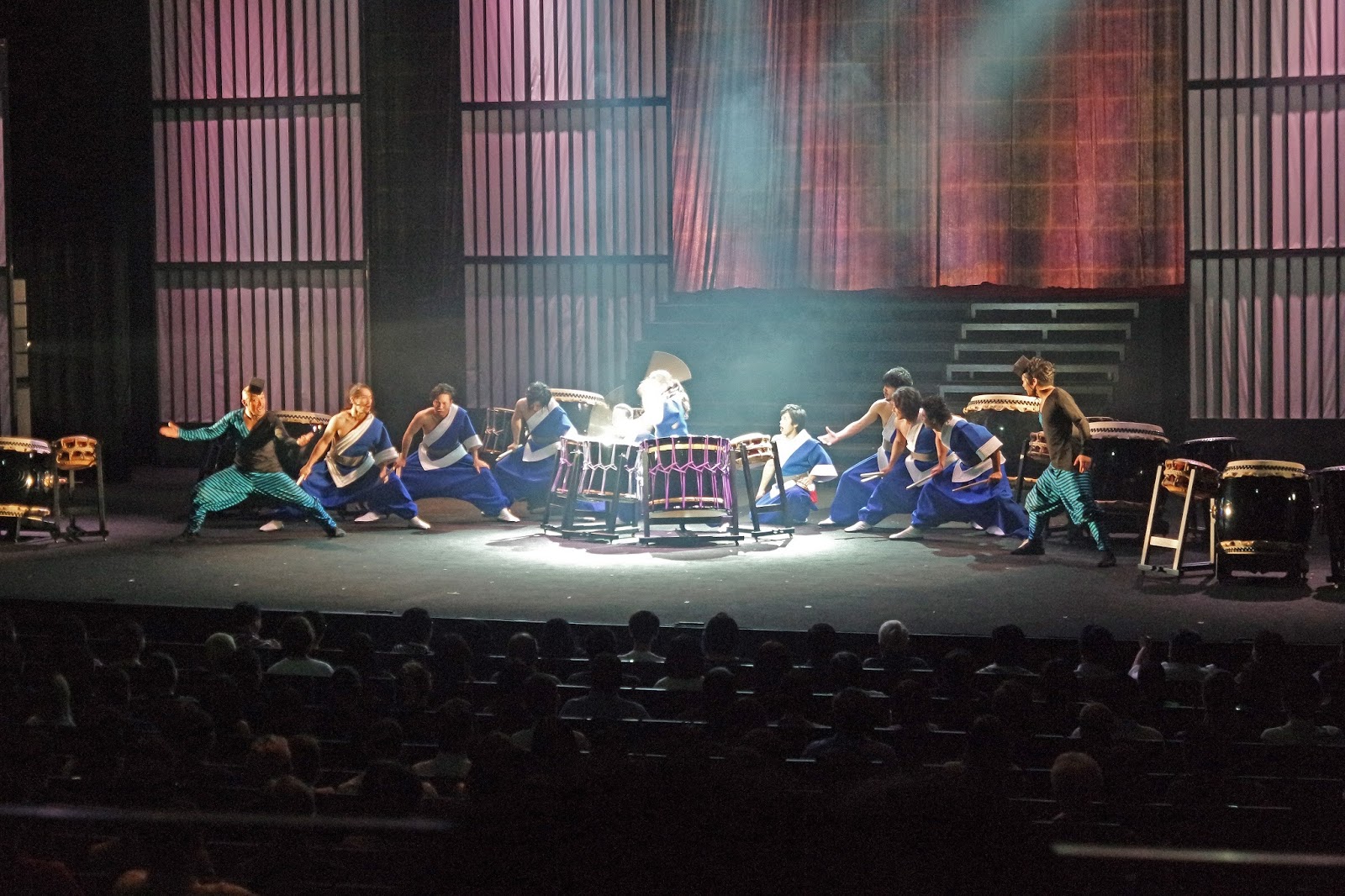 In any performance, it's always good to crack some jokes. Make the audience laugh, cheer, and feel good about what they are watching. Drum Tao aced when it did several comedic stunts like the popular imaginary 'ping pong' and a challenge among their performers who can last longest doing a a sit-up position with barrel sized drum.

In a way it got the crowd cheering for as long as they could last!

Drum Tao has made Asian performing arts a masculine one. It's pretty much a misconception and stereotypical to think performing arts as something for the soft, effeminate and flamboyant. Drum Tao was so garang that it overshadows the existence of its female performers. It seemed they were merely there to fulfil a quota or a role only females could play.

I mean, who could play the role of an empress other than a woman?

Nevertheless, their role although seem minute to me, impressed us with their intense drumming, channeling an immense amount of might onto the drum. It sends a message that no matter how small they are, they can do what others think otherwise.

It's probably an Asian thing that woman tend to be very gentle, but strong in so many ways. 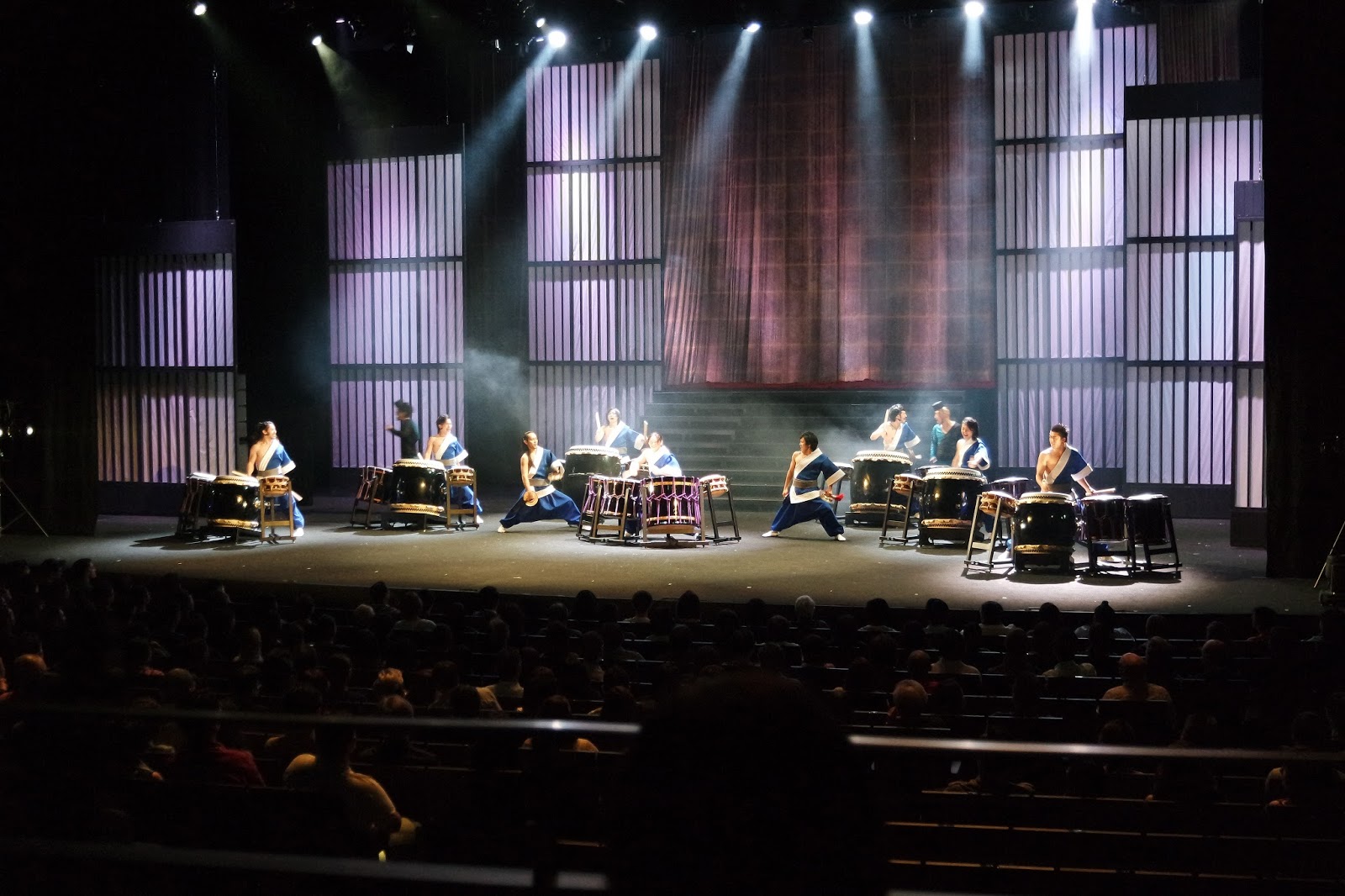 If you have to ask what I like most about the performance, it would be their drum-off. Of course there was no winner because it's a show but I was particularly stunned to see how they carried the huge drums while doing their routines. Their black leather versus the blue on white samurai costumes just made it look stunning, a representation of war between good and evil.

Throughout there was a lot of war cry and hissing which adds intensity of the performance, making it more epic than any other!

So yes, in a way this show is like the heartbeat of my 2016. There may be its ups and downs like rock and ballad but what's for sure, like this show, it's going to be entertaining and ends with a crescendo. Looking at how the performers actually enjoyed themselves in their show, makes me want to enjoy myself in mine. 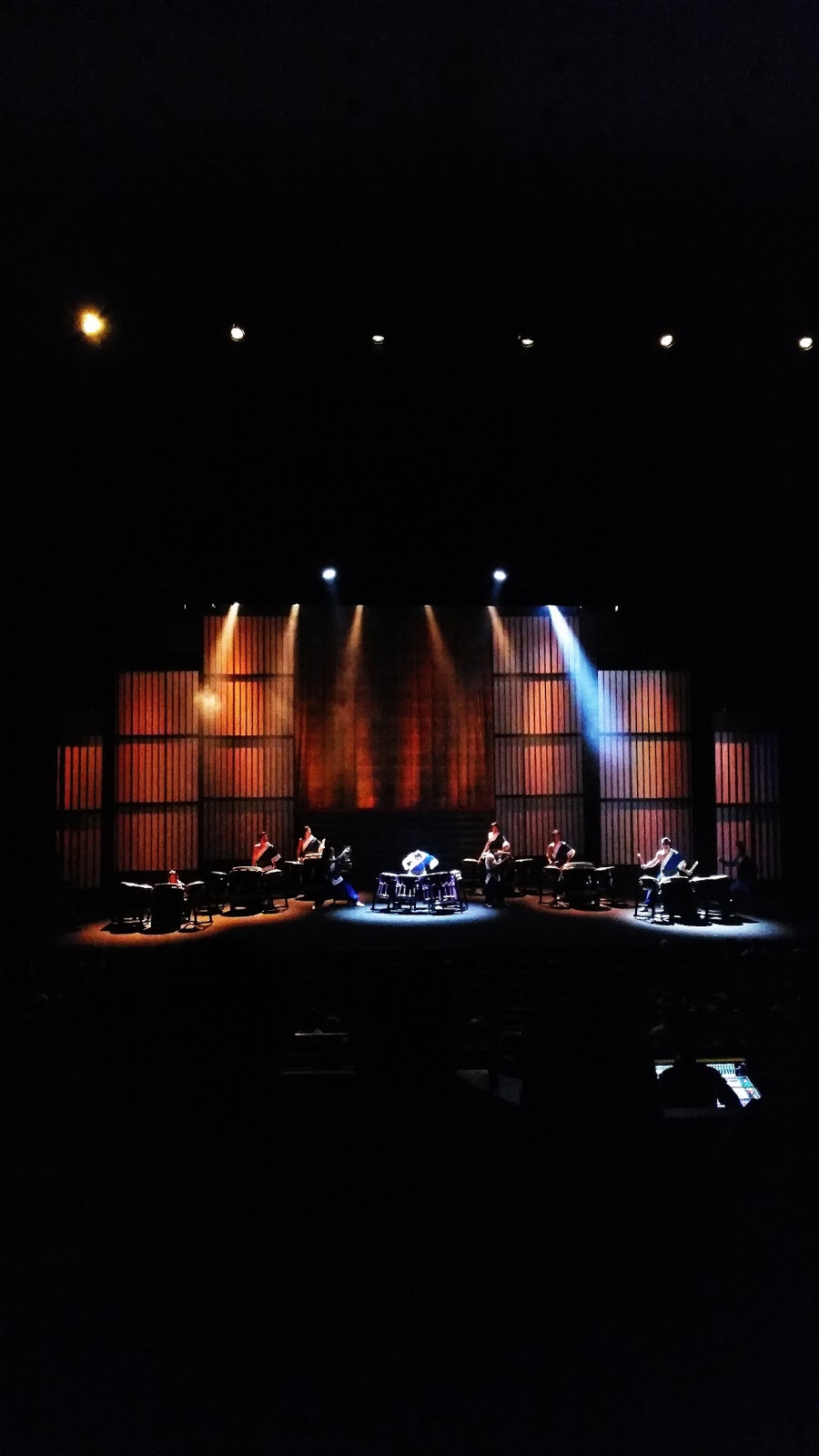 Formed in 1993, Drum Tao is Japan's most celebrated company of martial arts drummers that became the number one box-office smash hit of the Edinburgh Festival Fringe in their first year there. Having had performed in Vancouver Olympics in 2010, they sold out every show on their first North American tour, visited 44 cities and performed more than 50 shows throughout United States.

With hundreds of sold-out shows and more than six million spectators, Drum Tao has proven that modern entertainment based on the timeless, traditional art of Japanese drumming entertains international audience again and again.

By the way, have you seen the new MediaCorp Campus? It's so futuristic! 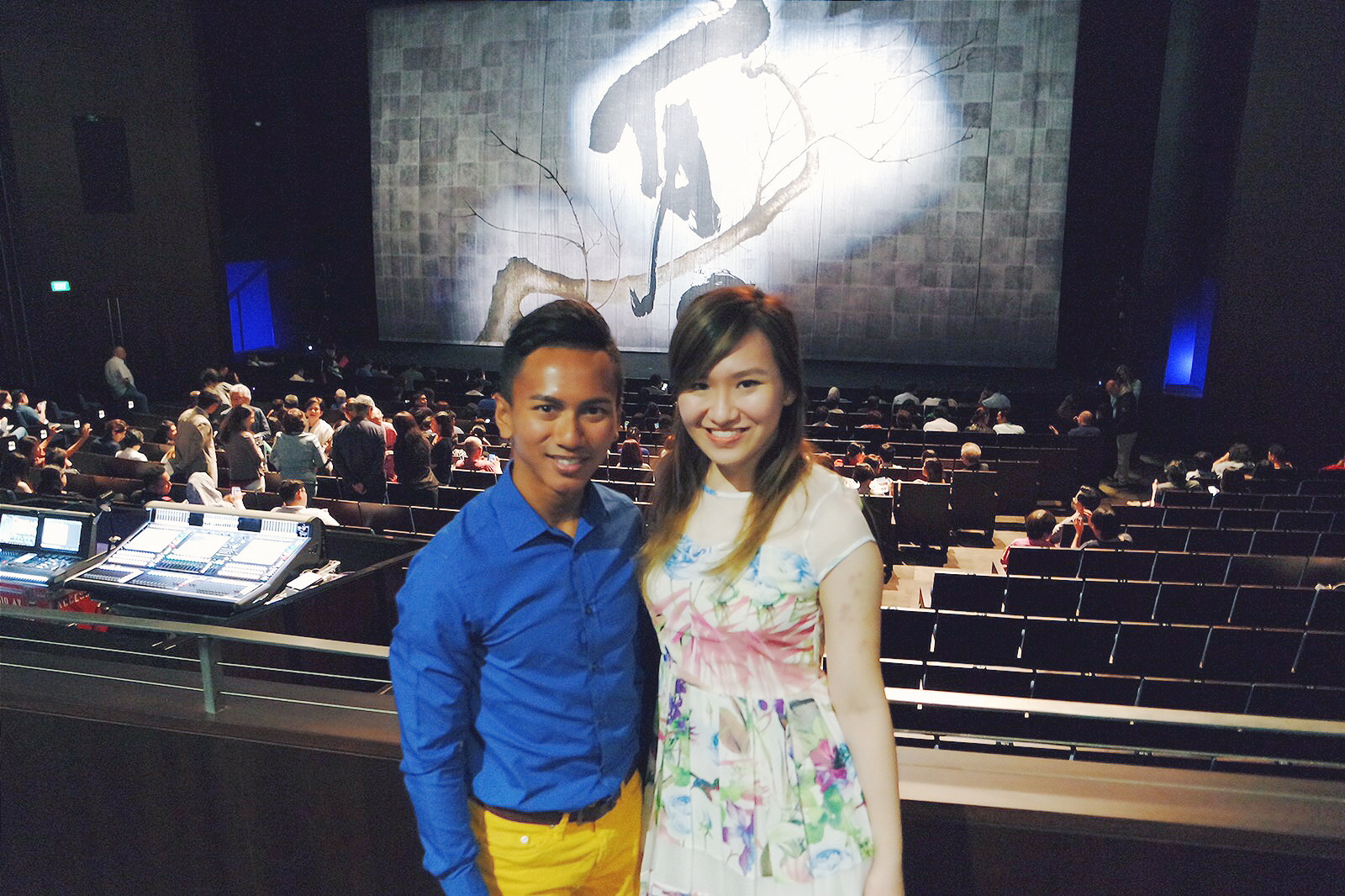 Thanks Sophie for the photos! Stay tuned for my next update in wellness!
Labels: Arts Concert Culture Events Music
Location: Stars Ave, Singapore