Sydney 2016 - Every Corner Within Sight at Sydney Tower Eye

Sydney Tower Eye was simply stunning. The view was indescribable. Sydney Tower Eye is so popular that the evening I went, they had to stop people from queueing as there were no tickets left. So much so, several pre-booked tickets were offered with an alternative to come another day. It was the golden hour as it was time before sunset and it was the day before new year's eve! 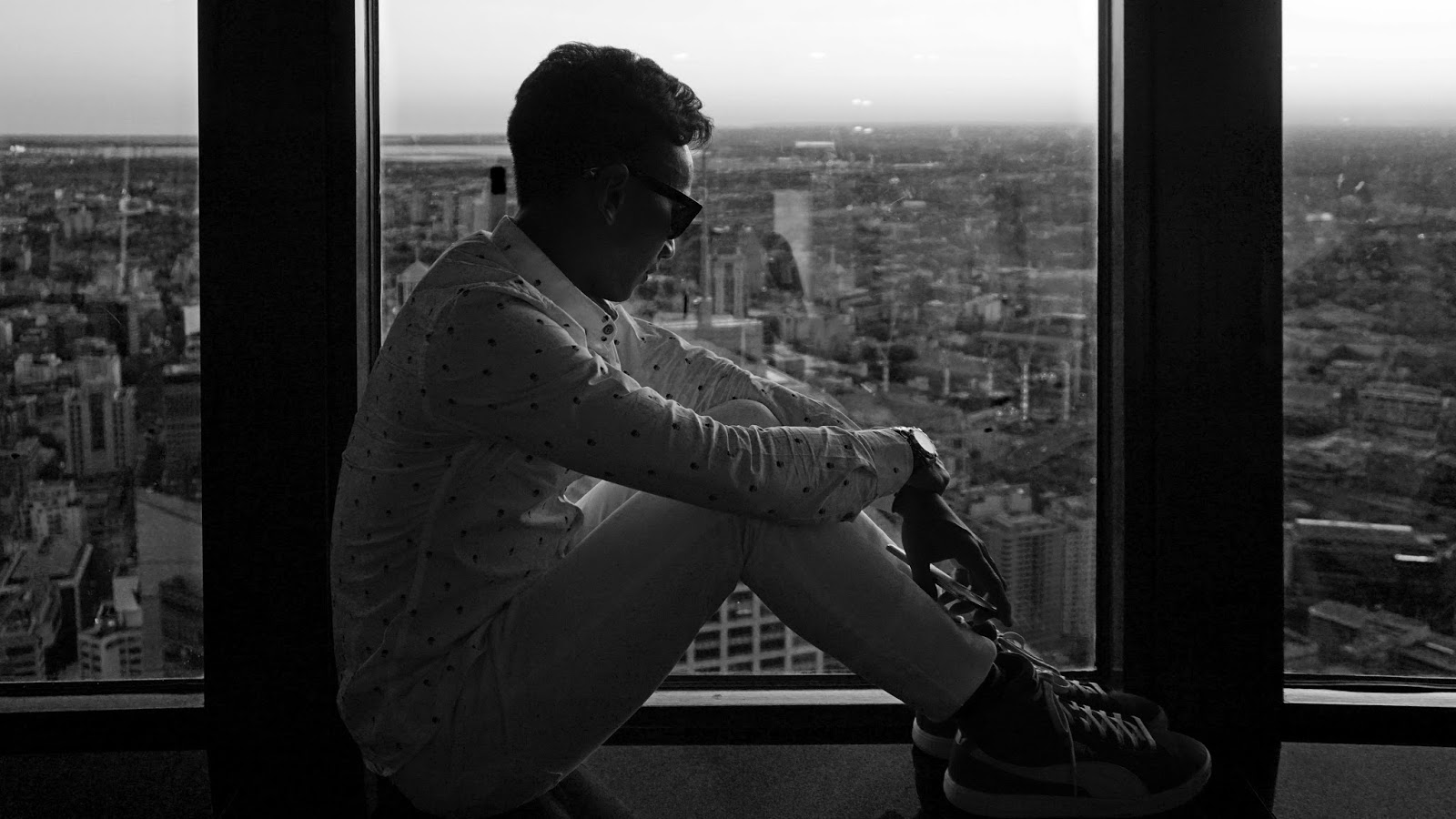 There are many vantage points where you could enjoy the panorama of Sydney but what's so special about Sydney Tower Eye really? 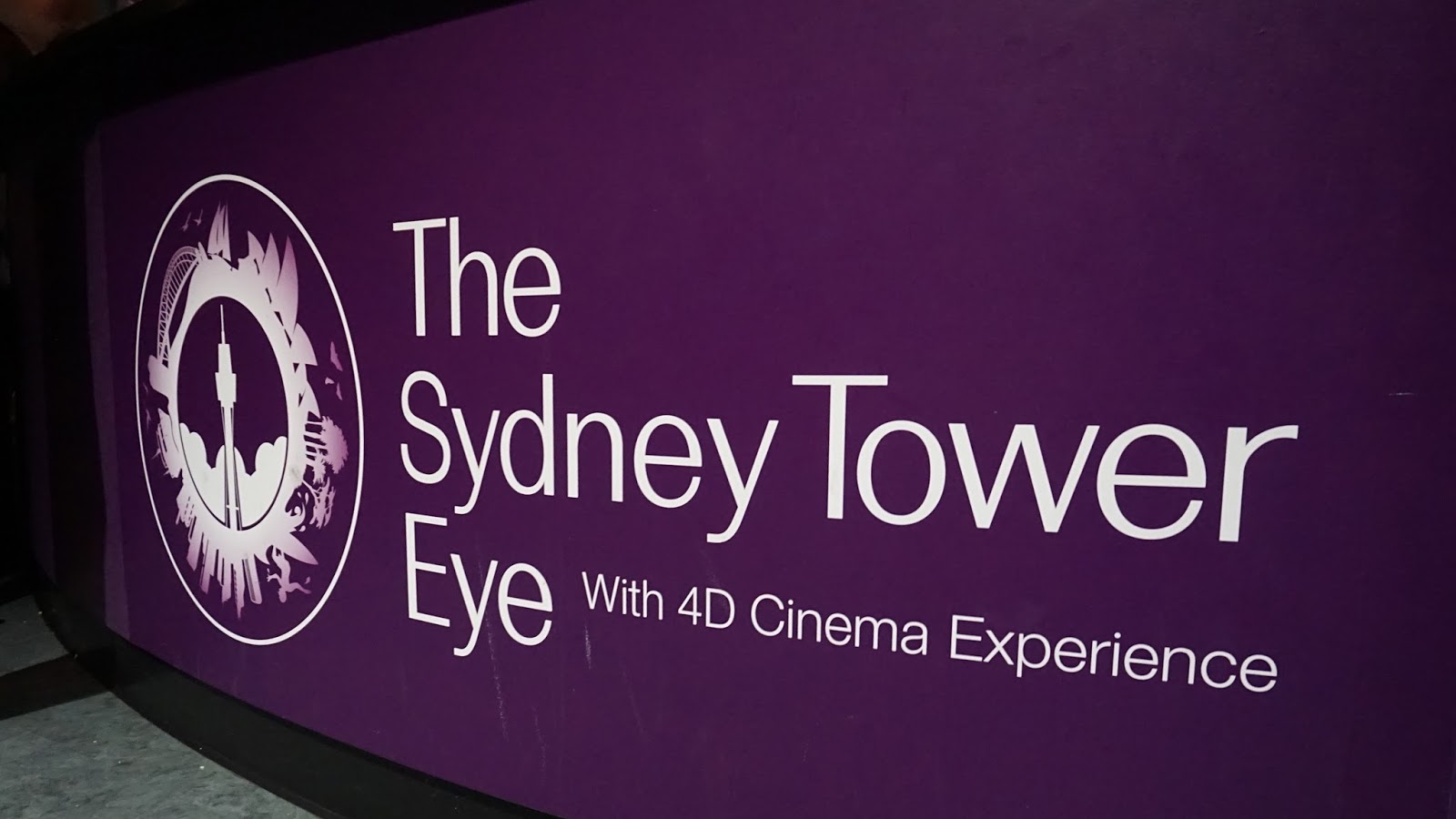 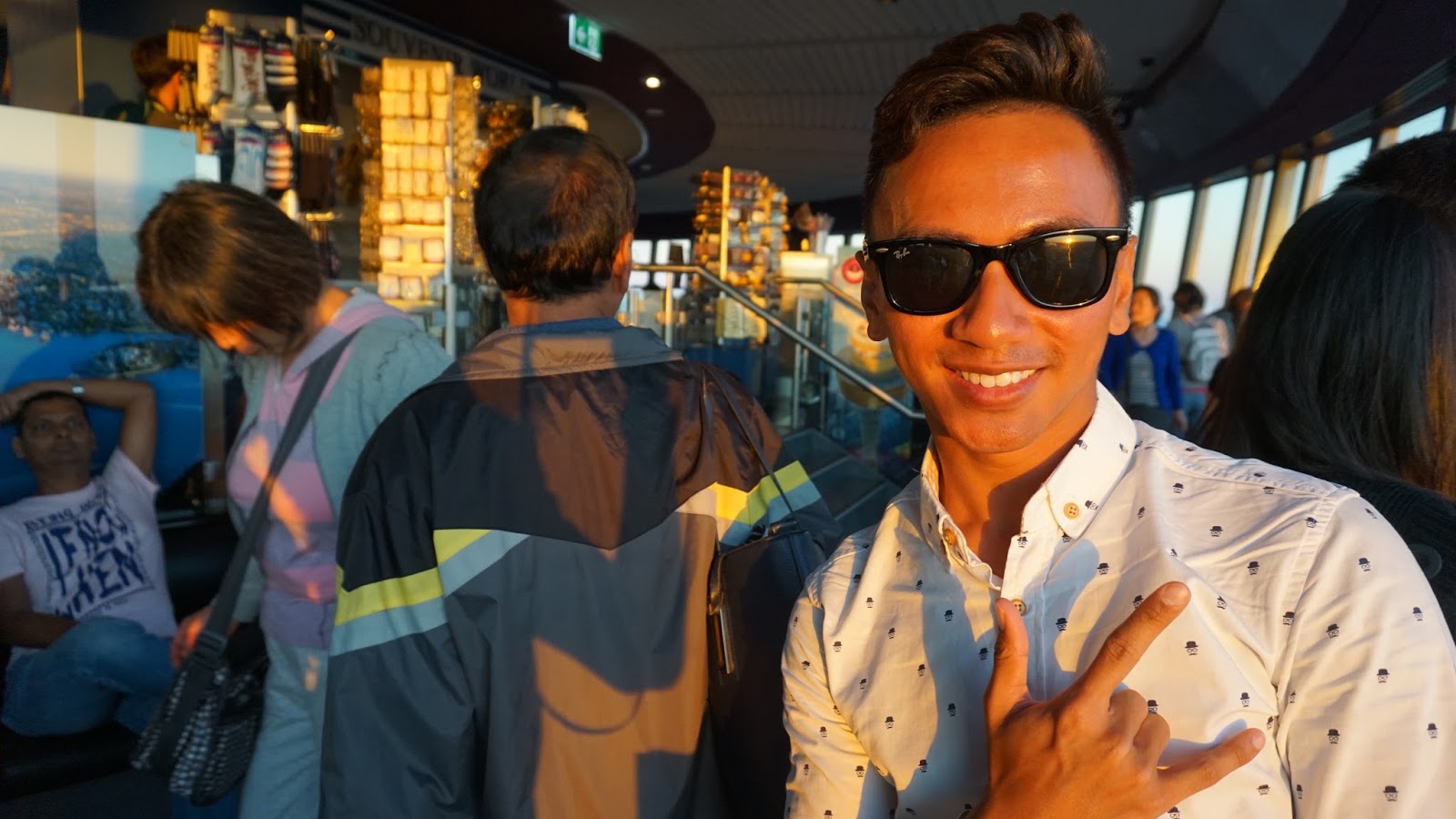 For one, it has a unique tale to its beginning. Back in the 1960's the city centre of Sydney was deteriorating, with no residential areas and an explosion of newly built suburban shopping malls continued pushing people out of the city for shopping, dining and entertainment. Then in 1970, The Sydney tower was built to revitalize Sydney's Central Business District. Formerly known by many other names, the complex is also integrated with retail and offices. The design was conceived by architect Donald Crone whose first designs were reputedly scribbled on the back of a napkin. The integral part of the icon's structure was inspired by the spoke of bicycle wheel but the tower seems like a mainmast of a 19th century naval warship to me!

It was simply because from the top of the figurative mainmast you could see the horizon. 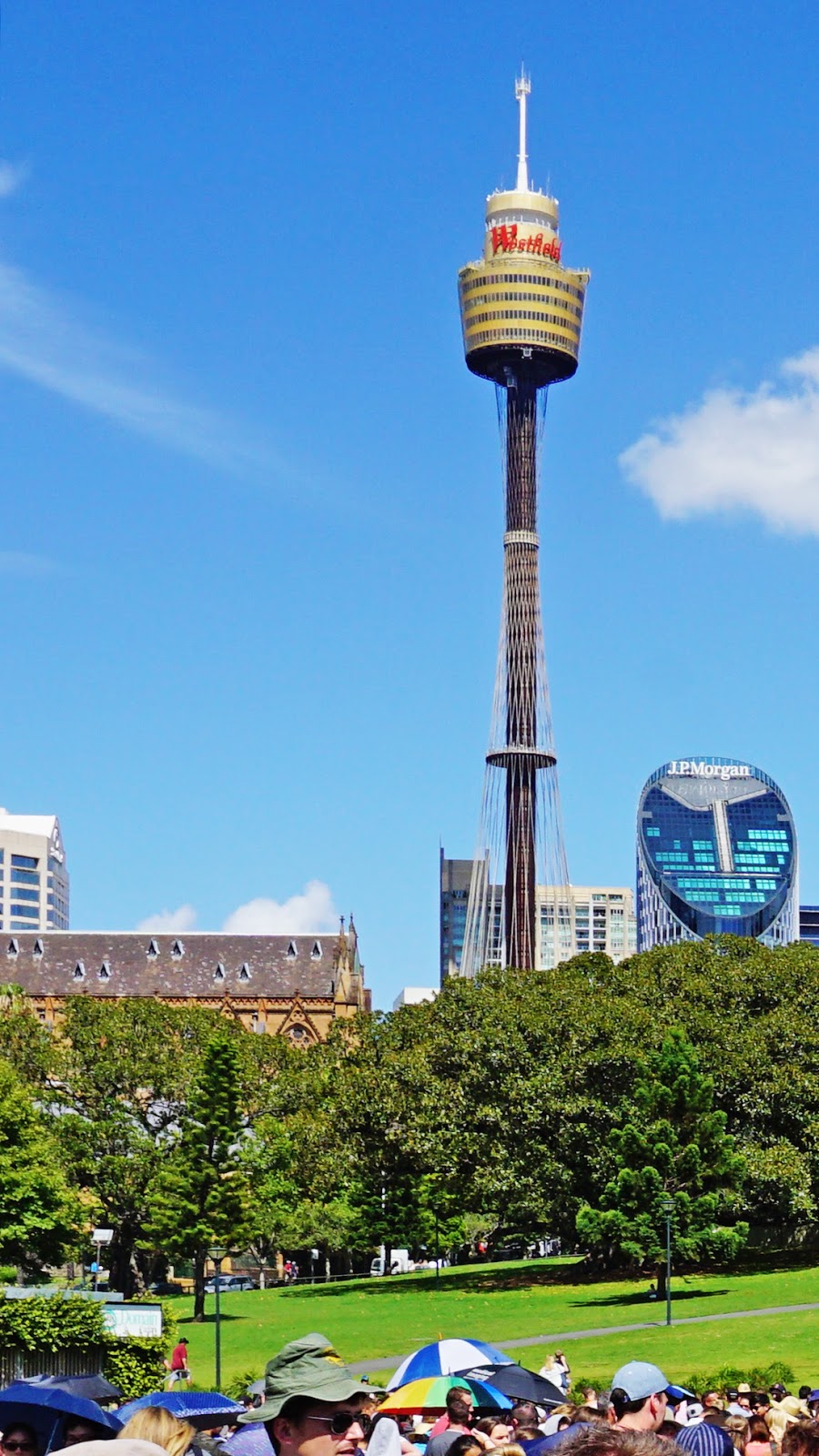 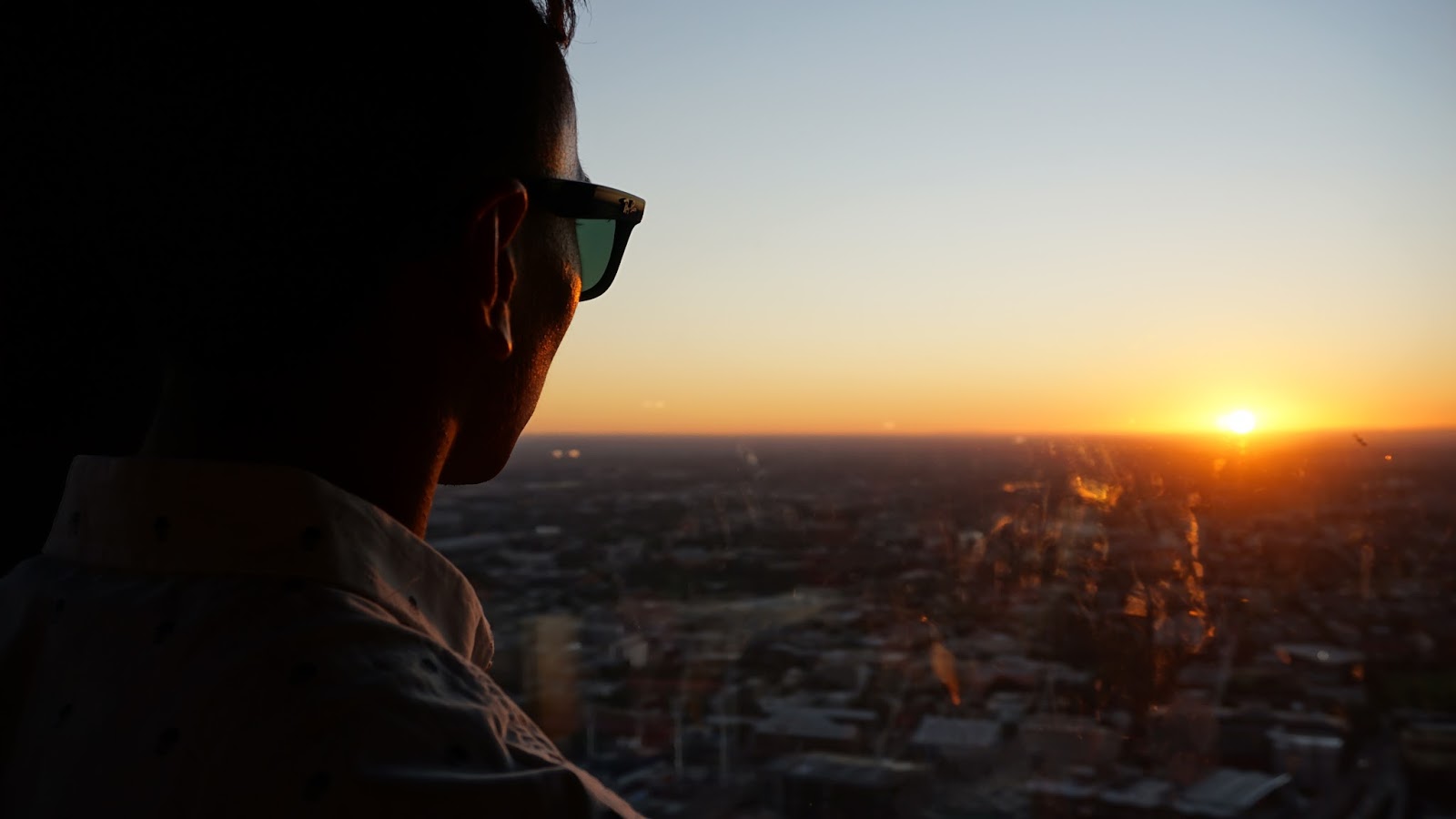 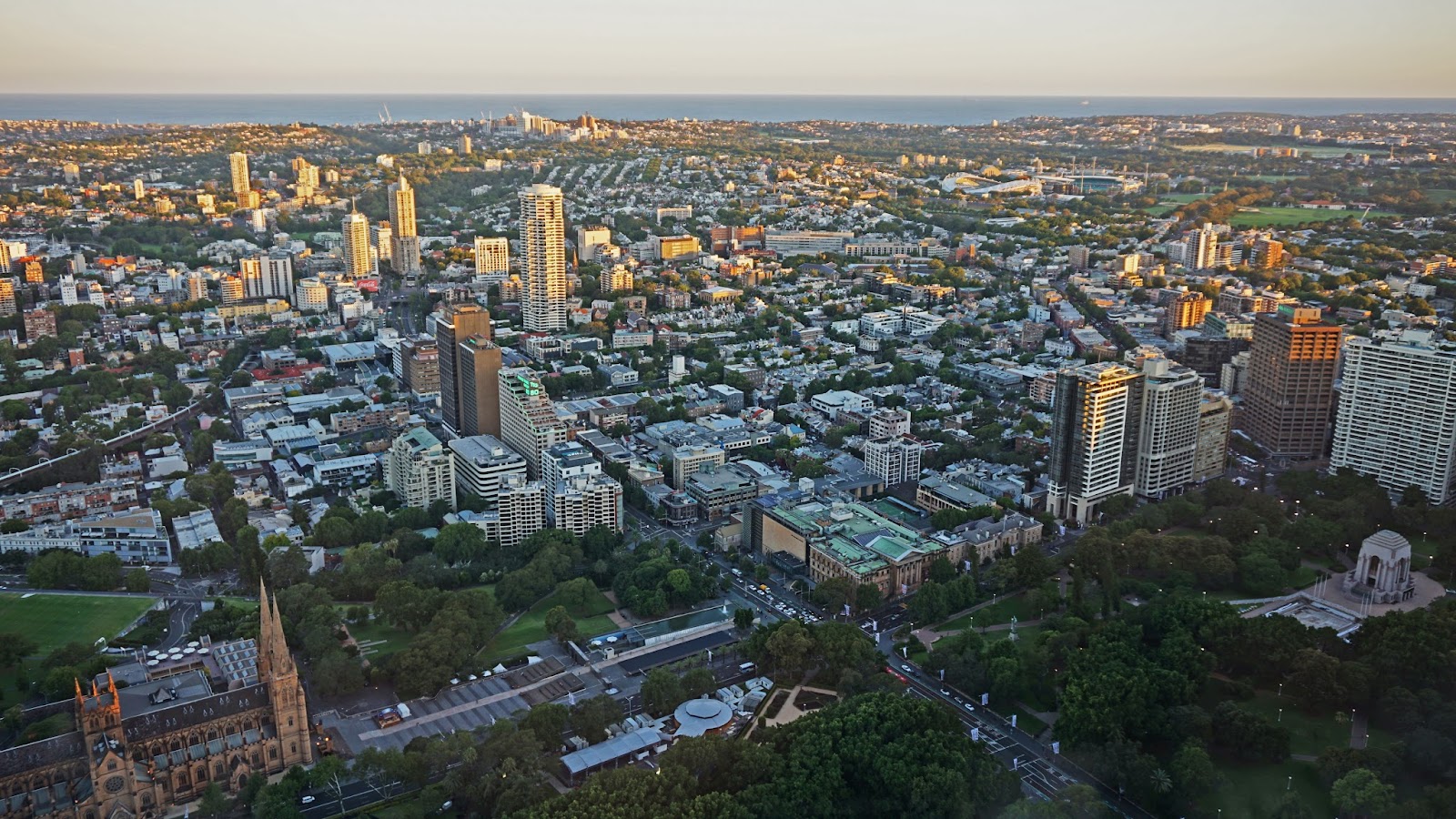 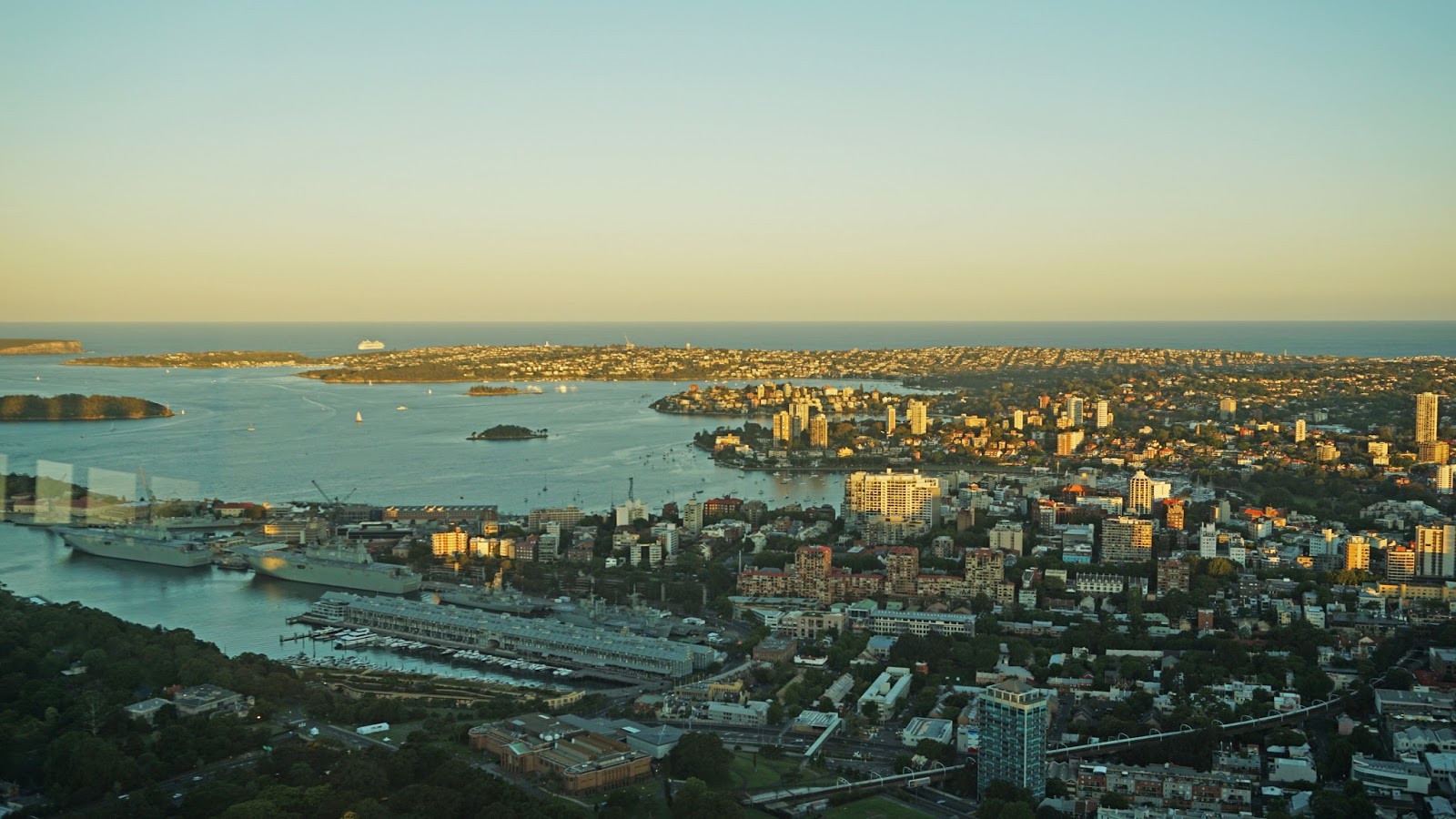 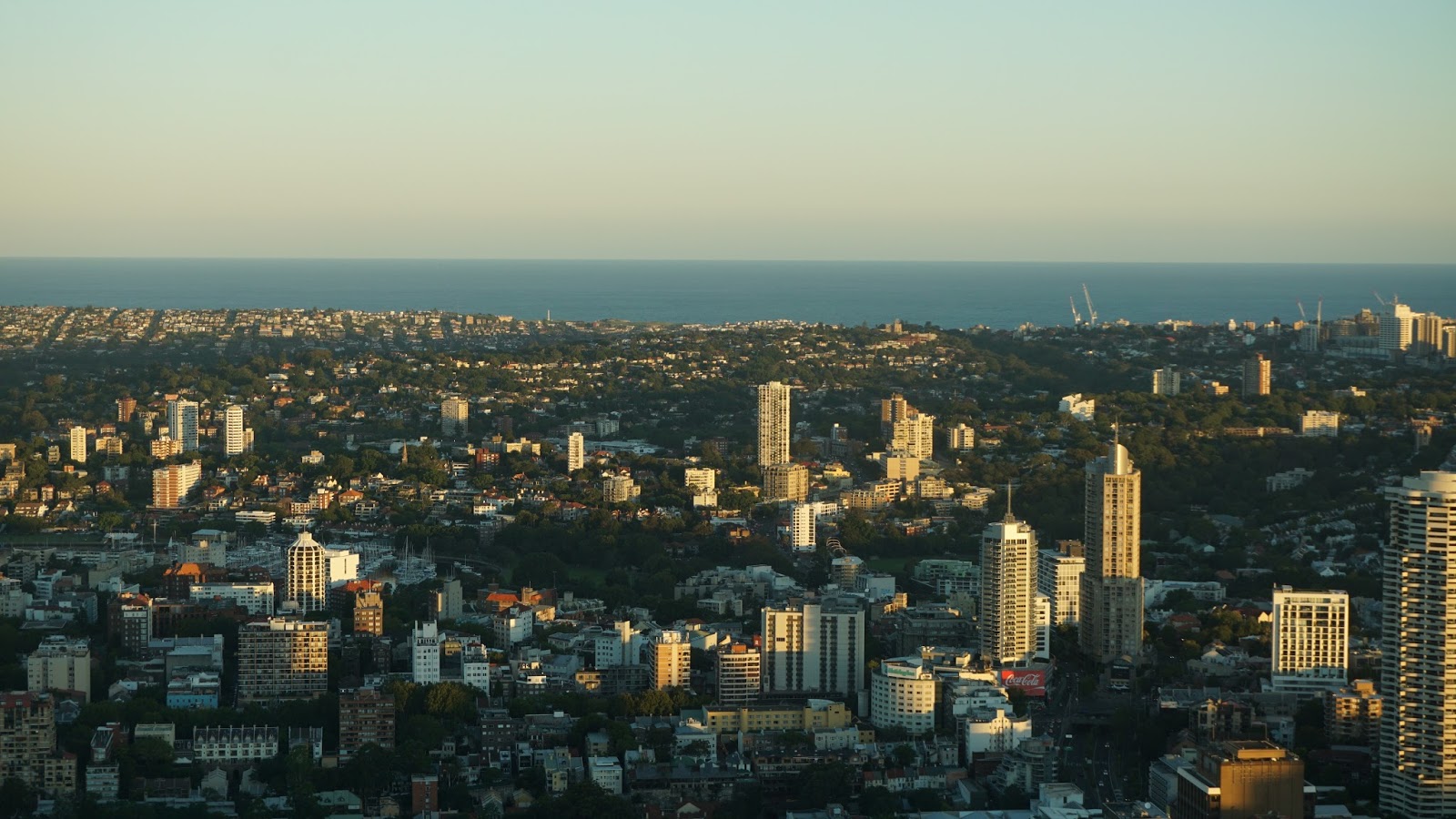 I was fortunate to be able to witness the sunset. I was very mesmerized by the vivid scene, like the entire stretch of Australia laid upon for me to bask in. Sure it was crowded and I could see the reason why. There were no clouds. The sky was filled with hues of blue and orange, and across the horizon was the sun setting behind the backdrop of vast ocean. While there were people roaming circling the deck, most of us were actually rooted by the the window to witness the sunset. While waiting, several airplanes passed by forming a scenic silhouette which made my sunset view personally unique! 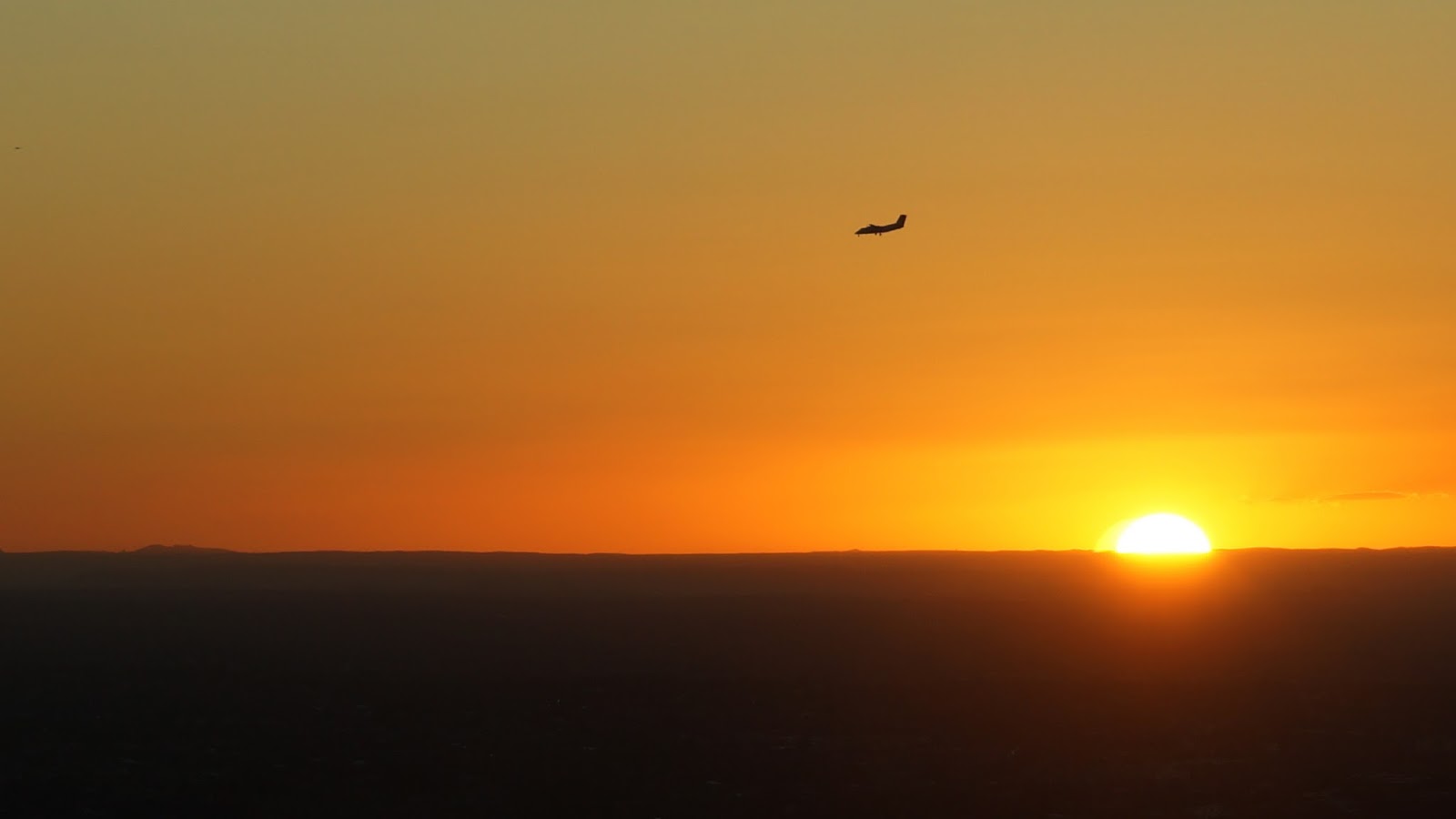 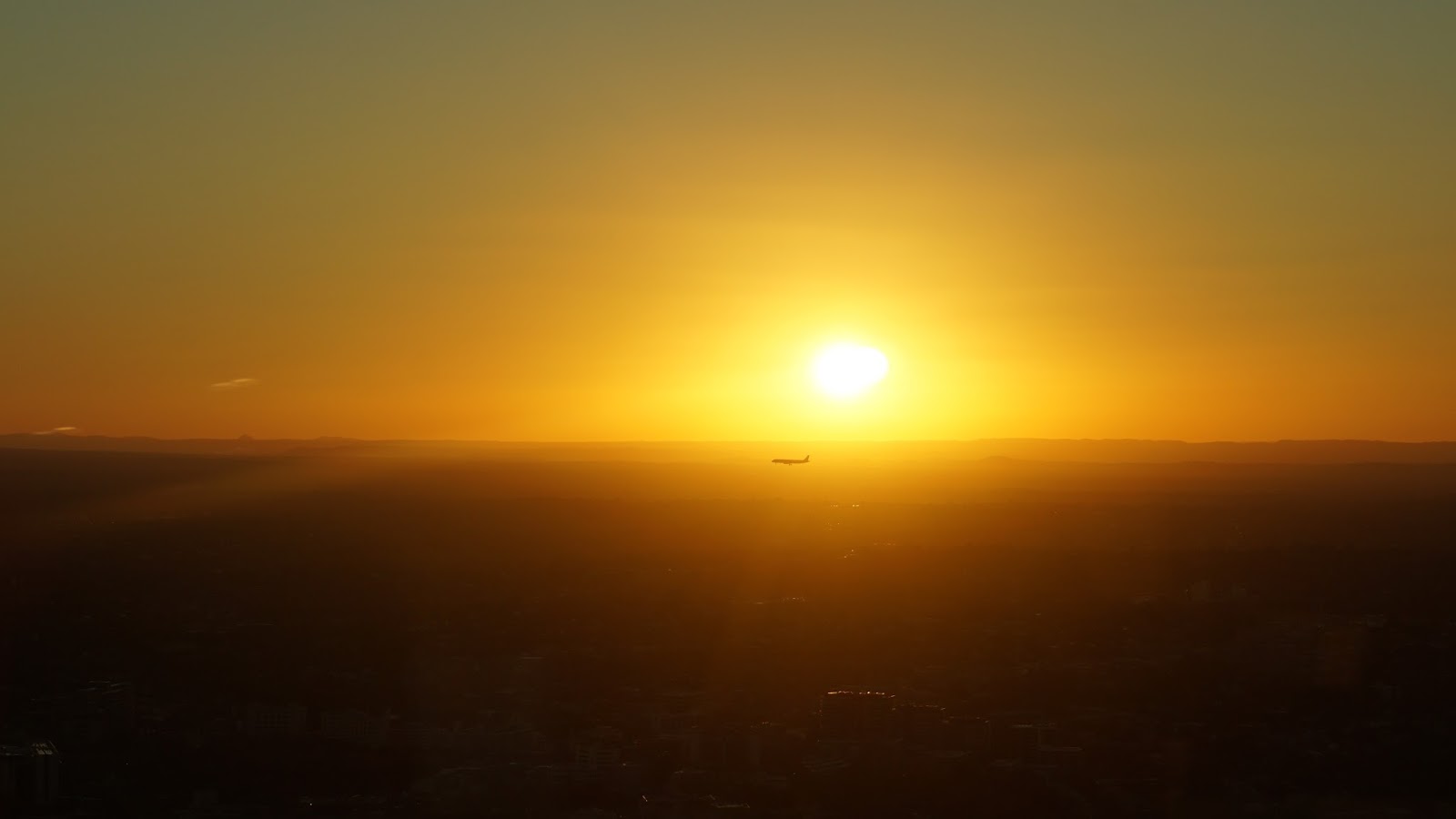 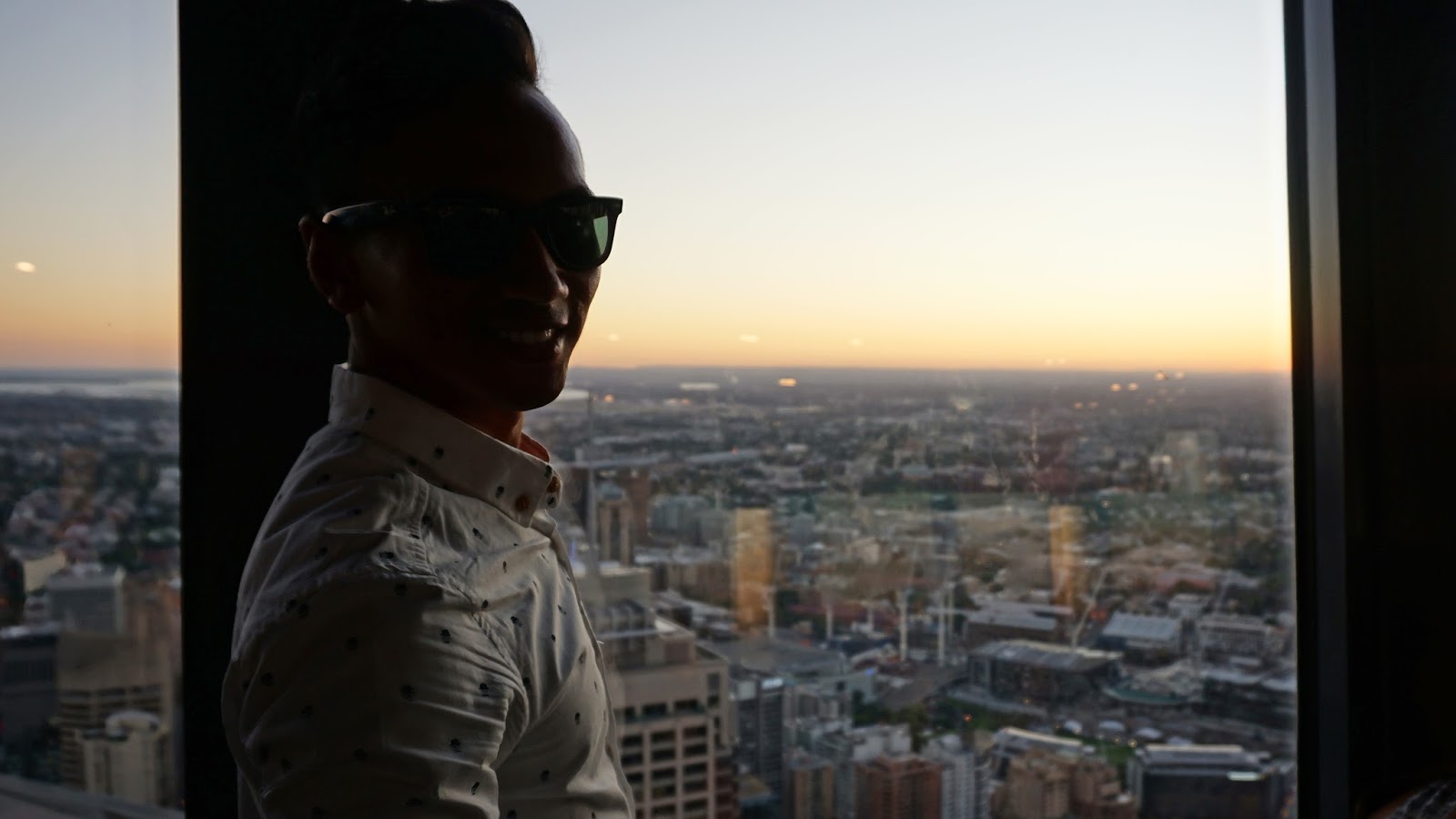 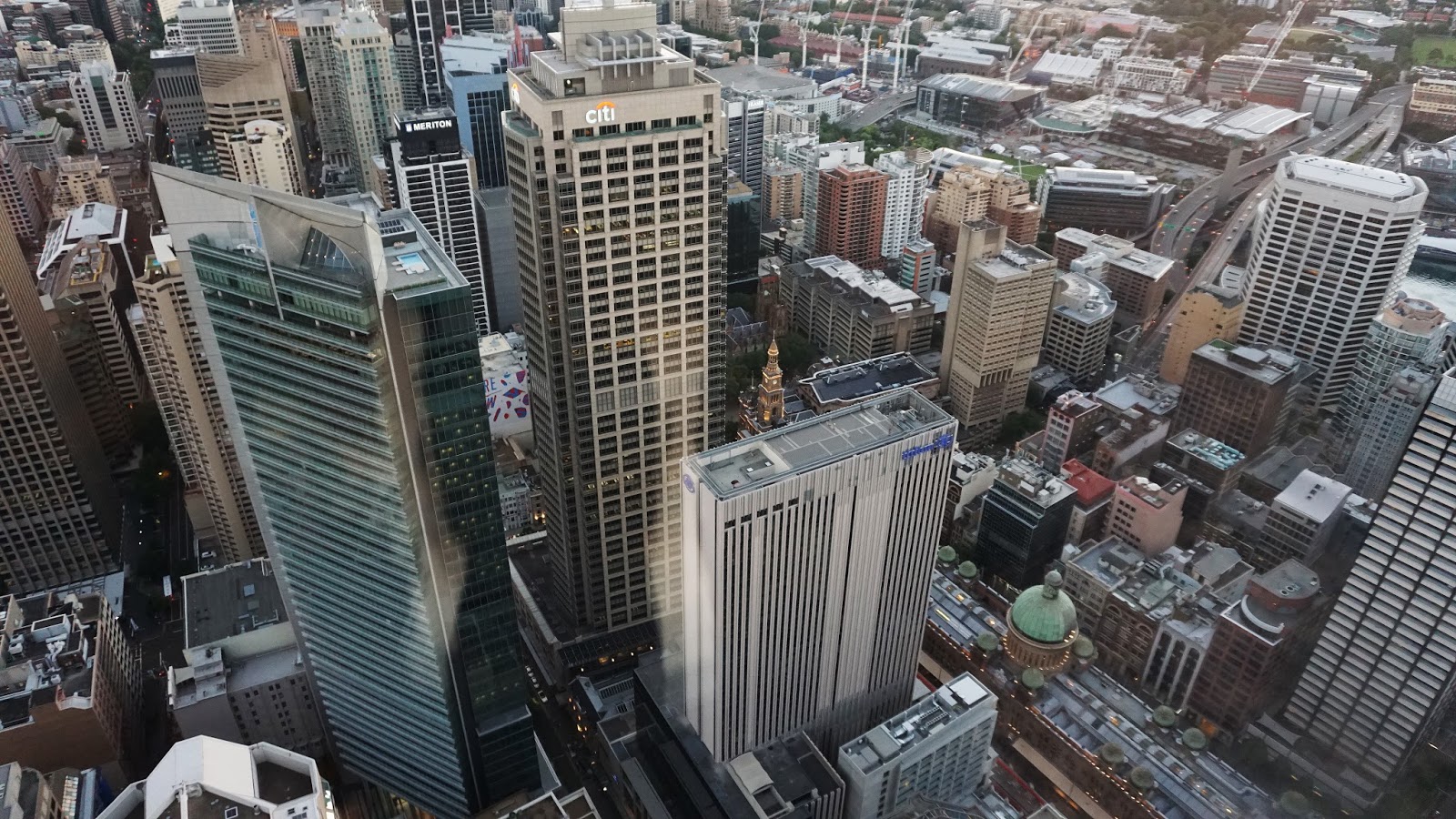 On the other side, you could see the dock and a cruise ship that just docked out from the harbour. It's amazing to see how the huge cruise ship managed to fit into the seemingly squeezy berth and made its way safely in and out of the harbour! The ship was so huge it made the Sydney Opera House looked small. 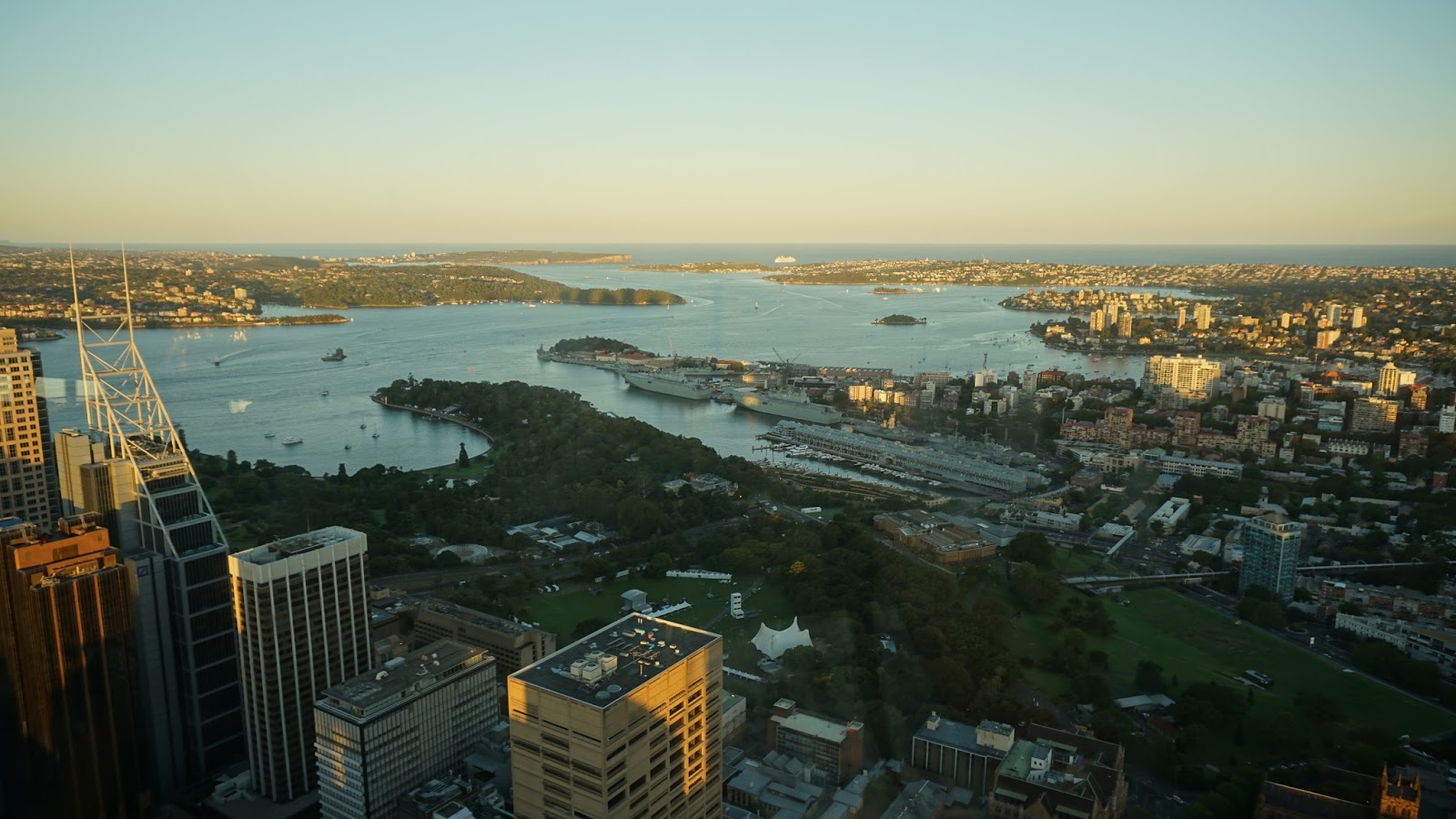 From above you could see the Sydney Harbour Bridge and with the right camera, it could capture stunning night shots. I stayed from sunset till after light so it was pretty amazing to not only see the transition from day to night but to be able to see every part of the city in in different light. 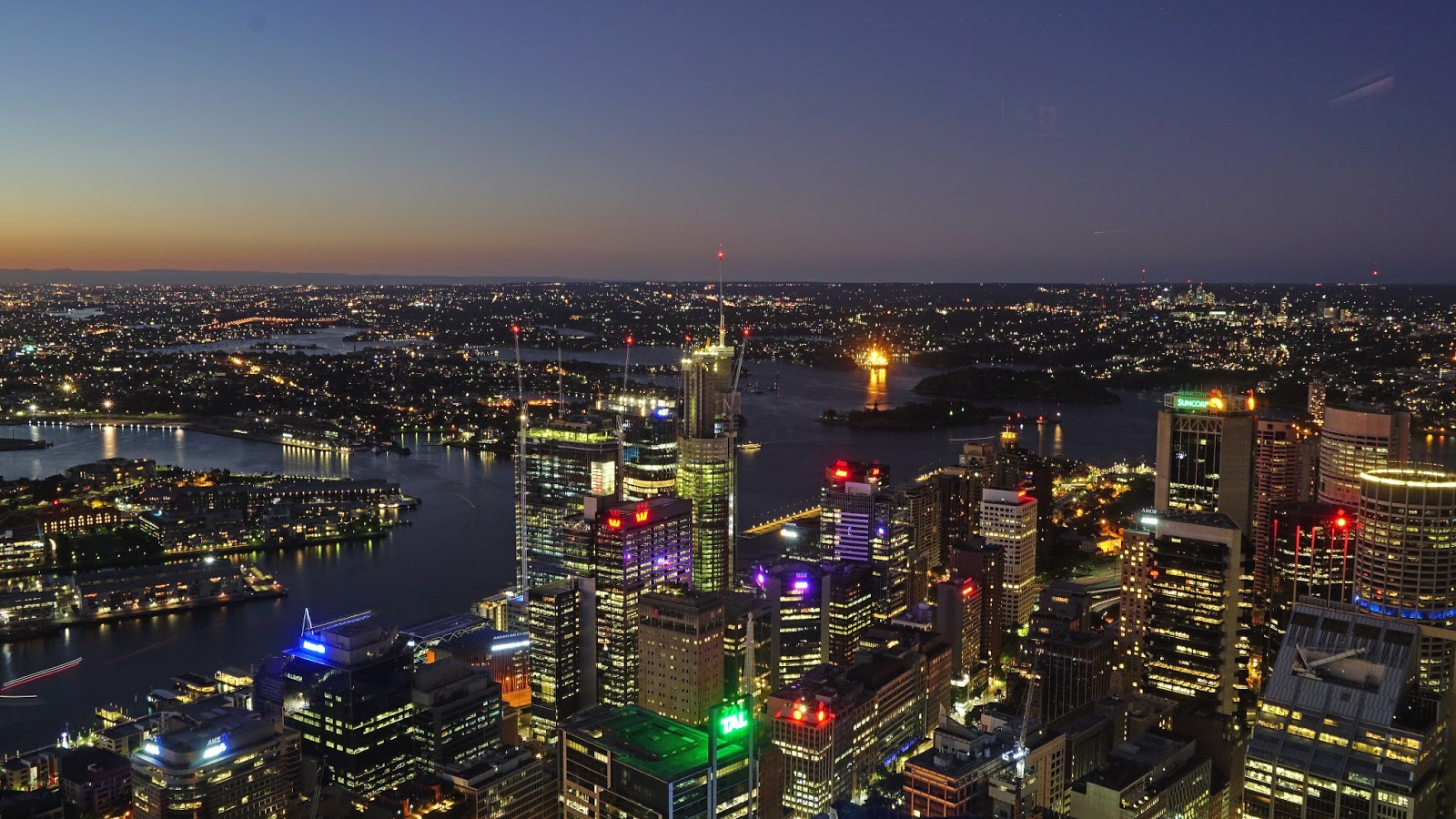 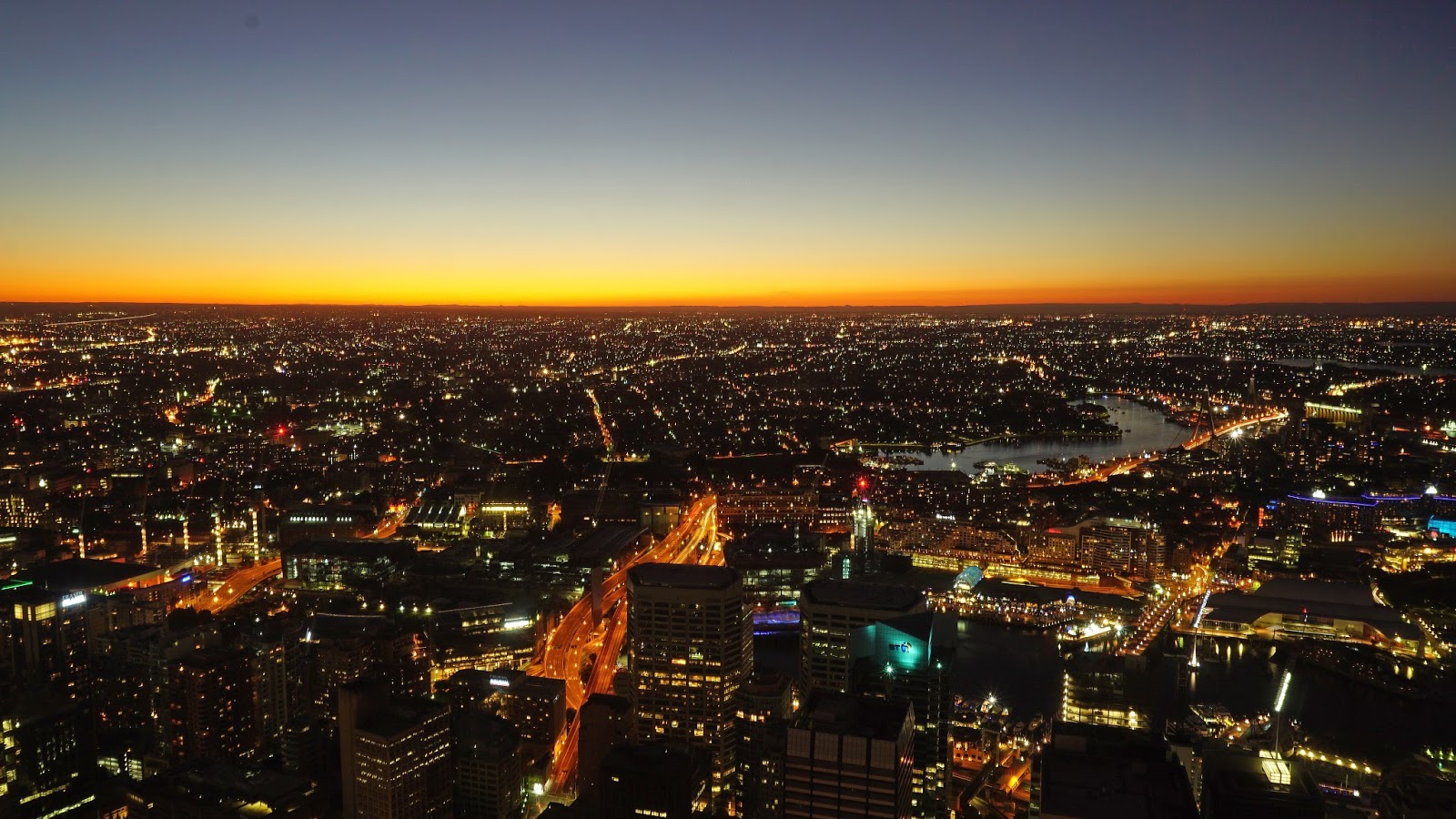 If you would like to enjoy the same view as me, you need to book your tickets not only early, but you will have to be there early if it occurs to be major holiday season. It is awfully popular in December and I can only imagine the disappointment of those who did not book their tickets online and had to wait in the long queue only to find out that they have stopped selling for the day.

If you are in for a thrill, you could always opt for the skywalk where you will be clad in all the harnesses to feel the fresh air outside.

Nevertheless, I am still okay at the comfort of the observation deck! Sydney Tower Eye is a definitely must go, it's a little bit like cheat code if someone asks - Have you seen everything in Sydney?

You could easily say yes! On a perfectly clear day, Sydney Tower Eye takes you to the highest point above Sydney for breathtaking 360 degree views where you could see the beautiful harbour city to as far as the distant Blue Mountains! 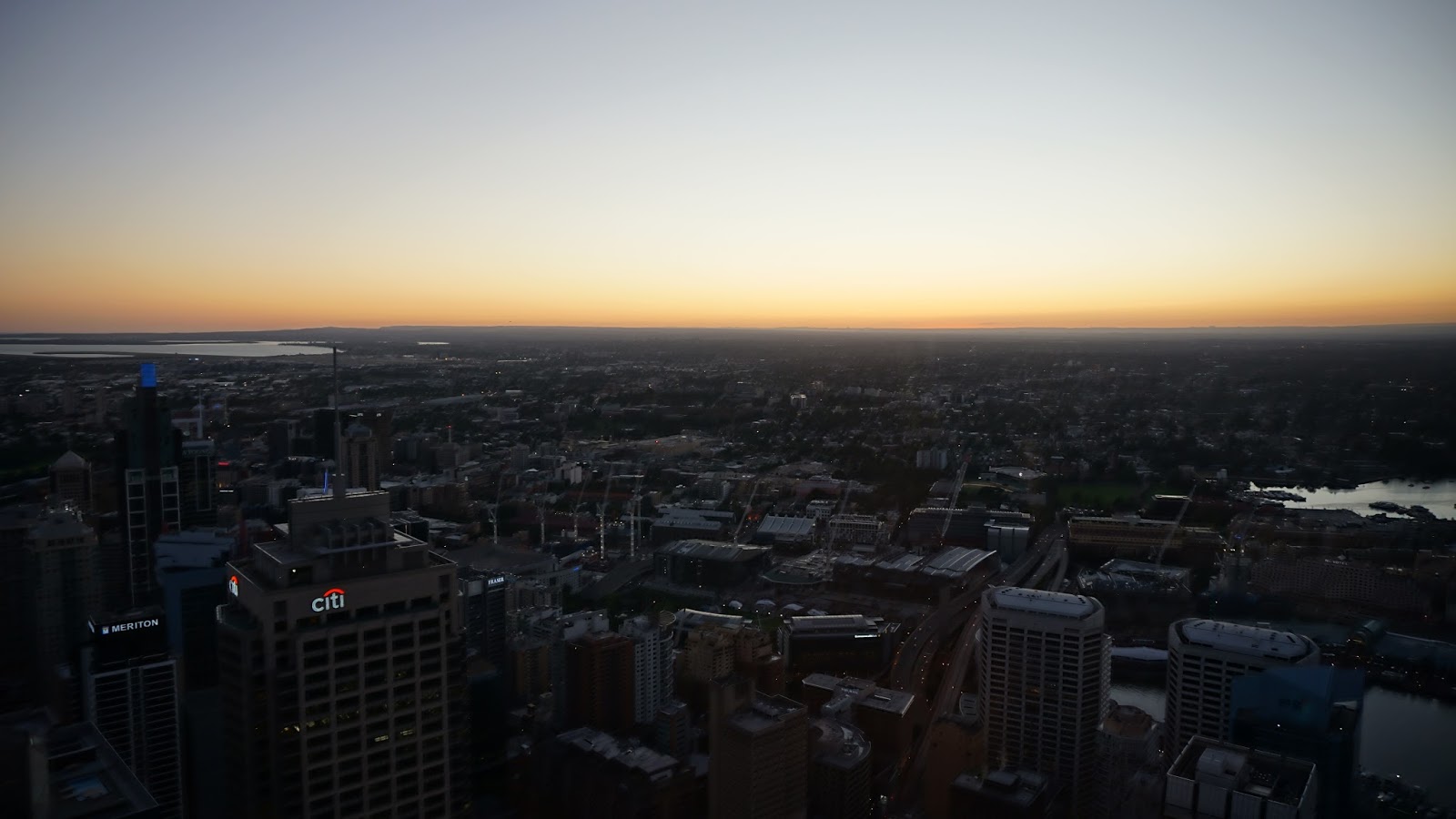 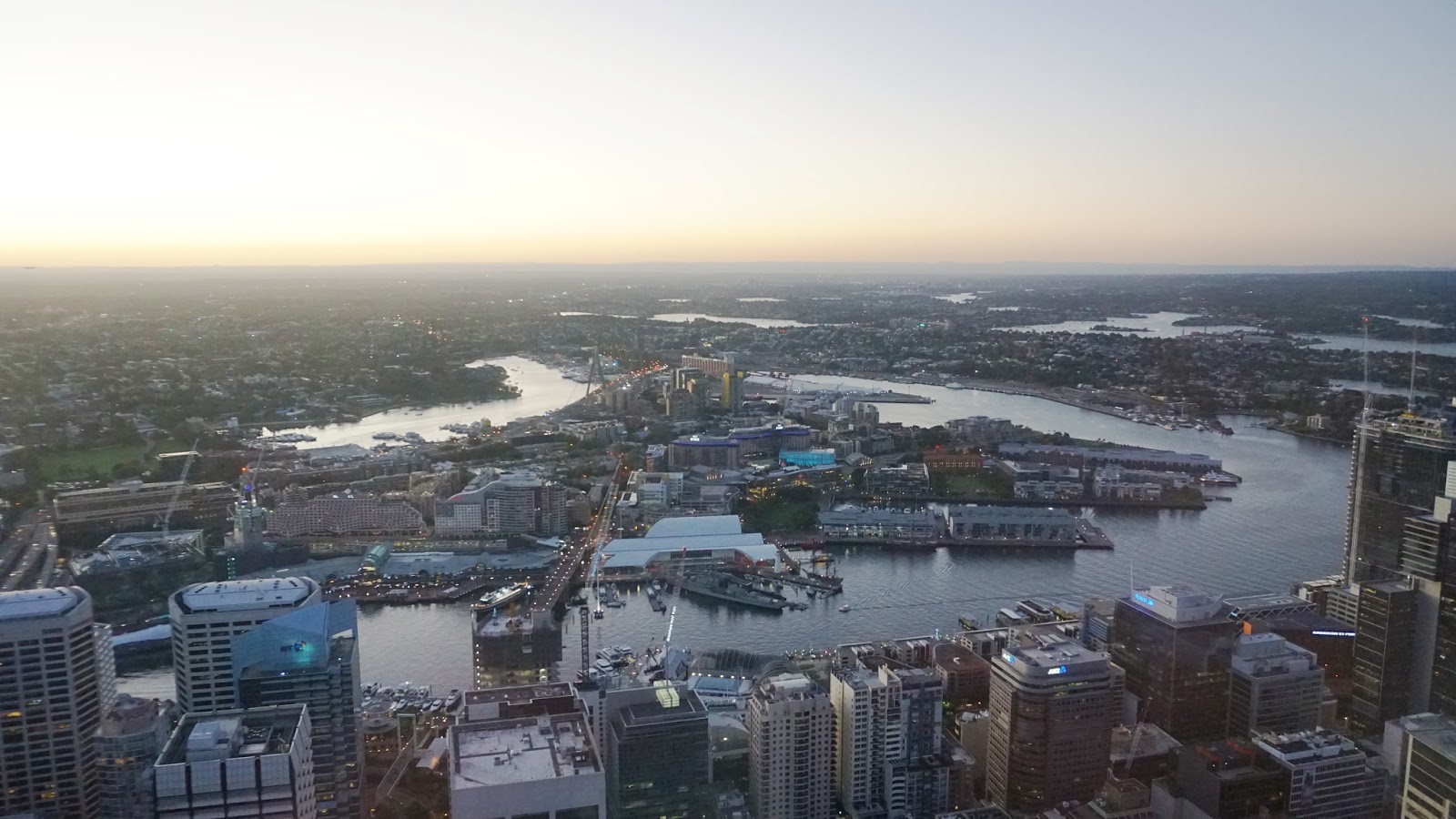 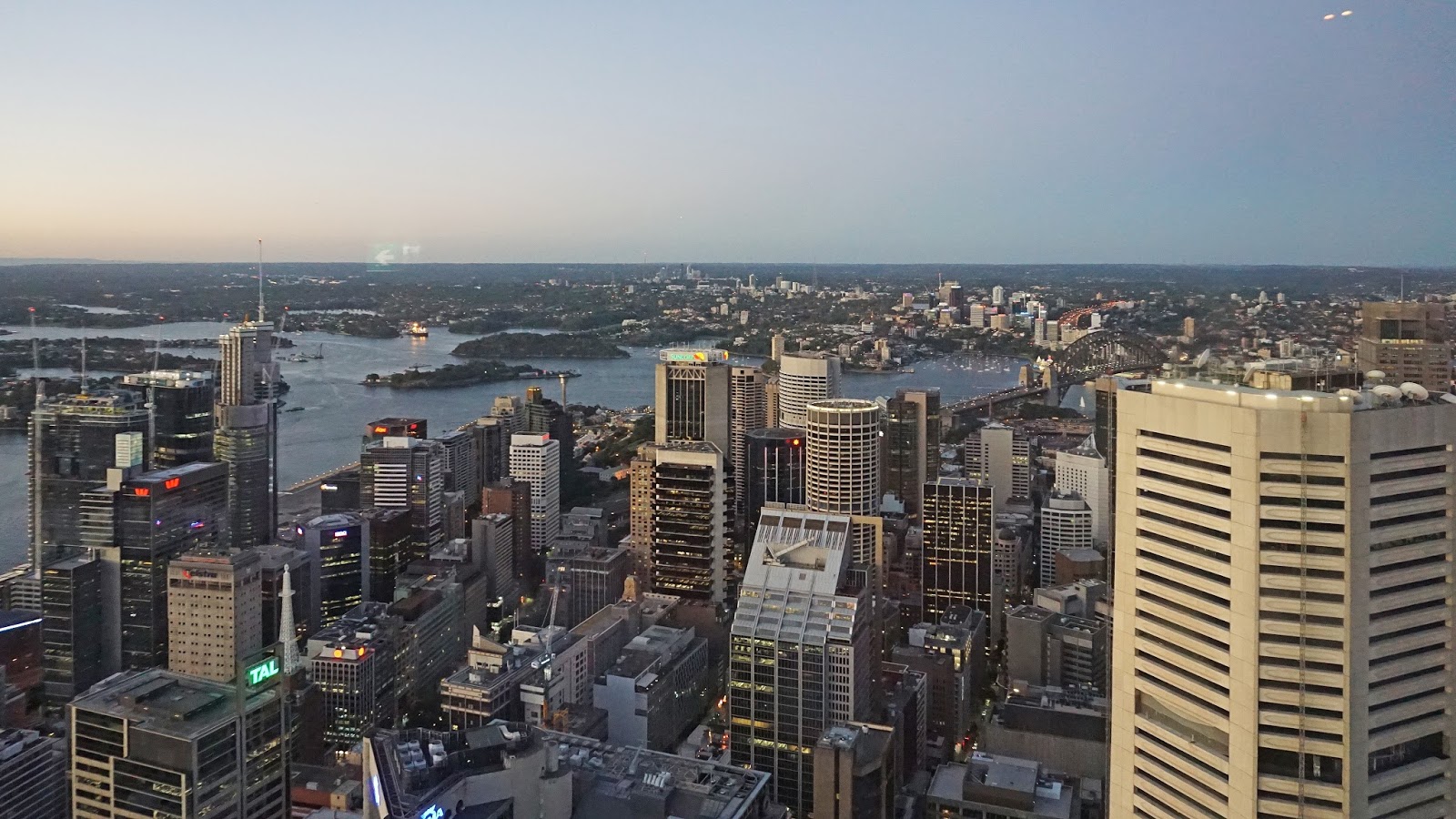 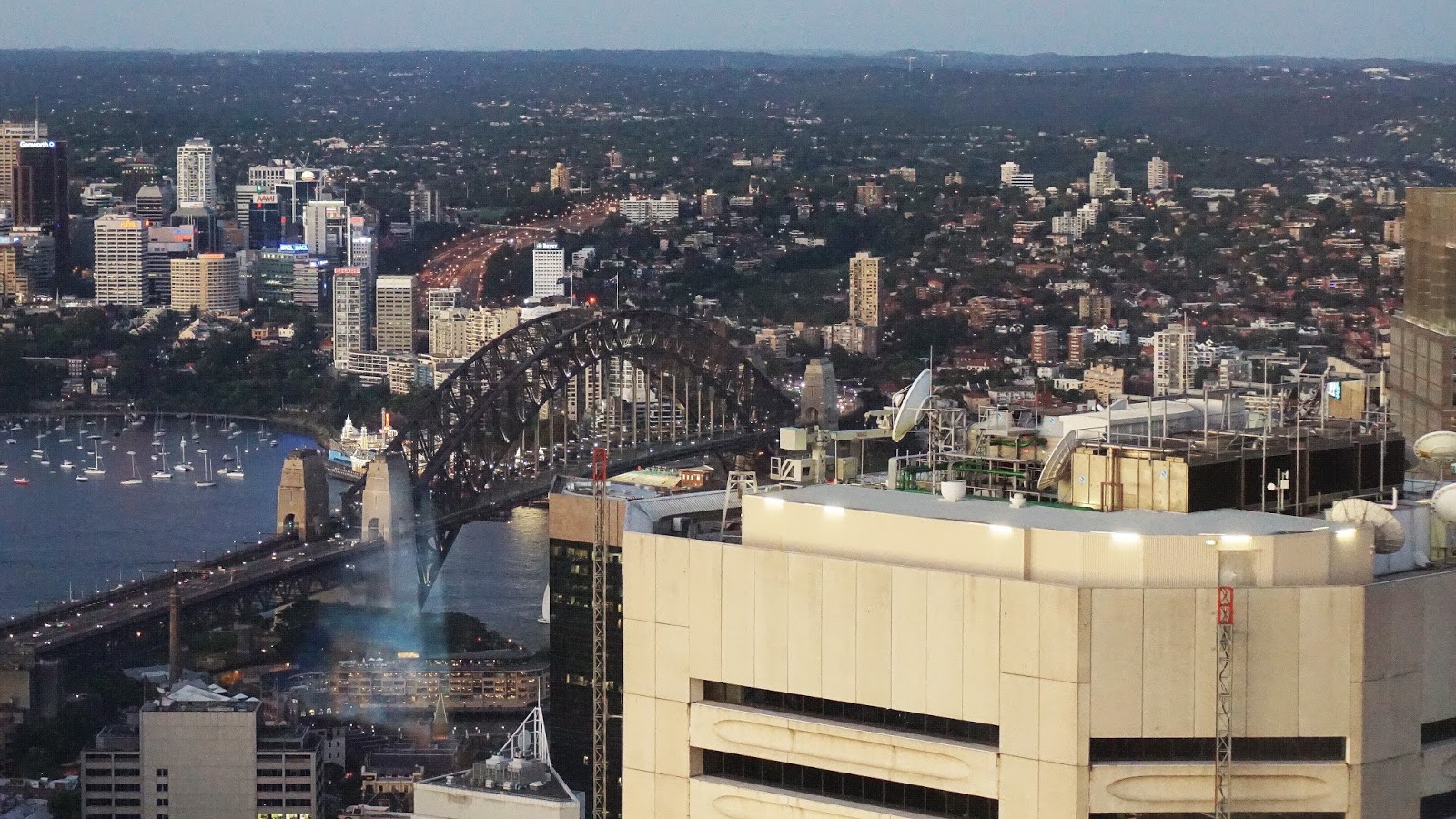 So in a way, I have actually seen entire Sydney. ;)

Here are some fascinating facts about Sydney Tower that you might want to know!
Stay tuned for more updates on my Melbourne and Australia trip! 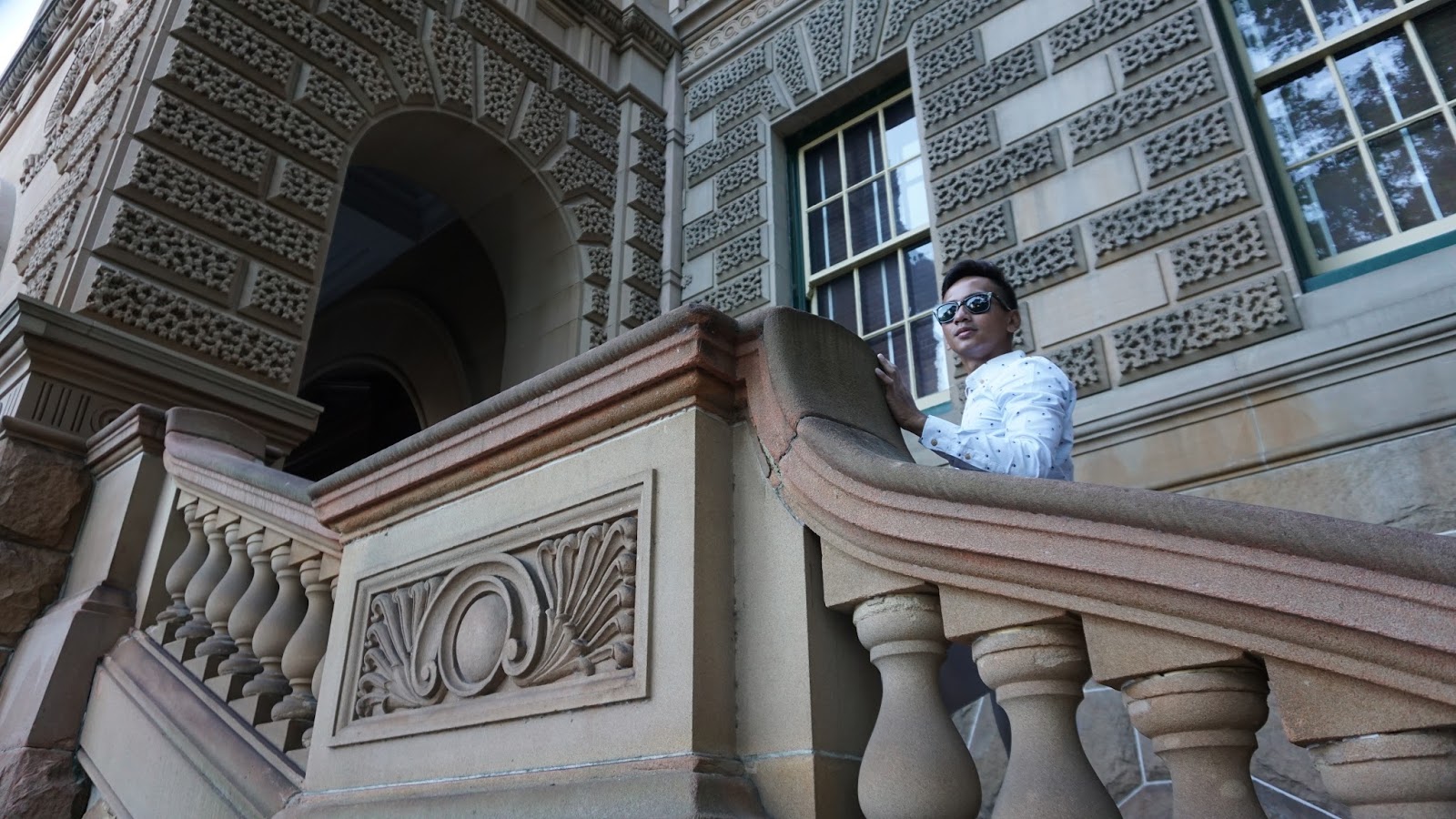