The Podium Lounge 2016 - Grandest Party of The F1 Season

Hello everyone! I am very much excited for the upcoming 2016 Formula 1 Singapore Airlines Singapore Grand Prix which will be happening from Friday to Sunday, 16-18 September 2016!

The GP Management presents The Podium Lounge 2016, the grandest grand prix after-parties over the three nights! 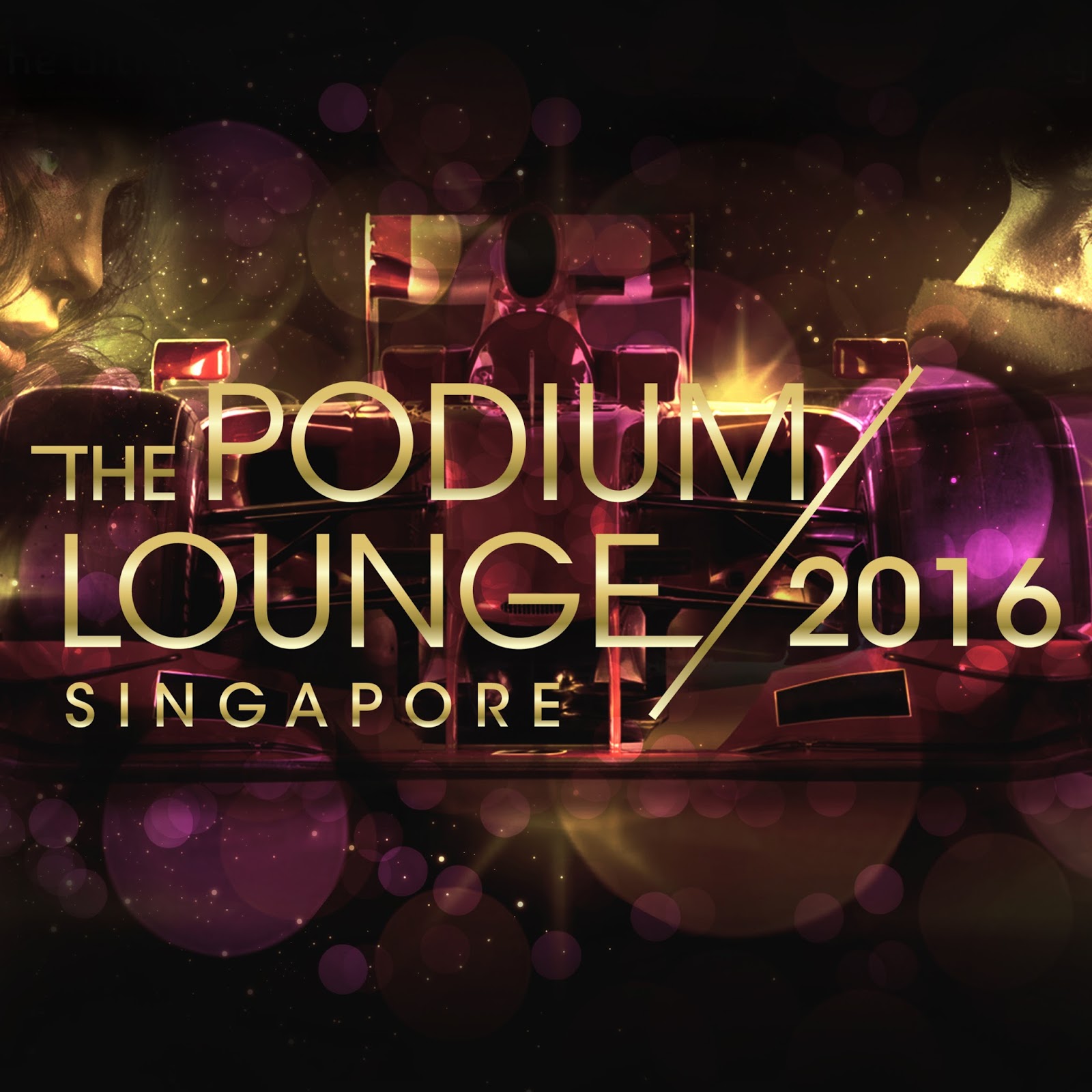 In its 8th consecutive year at The Ritz-Carlton, Millenia Singapore, this sell-out, celebrity packed event is returning to The Grand Ballroom of The Ritz-Carlton, Millenia Singapore, which undergoes a dramatic transformation into a glamorous ultra lounge featuring a dizzying overhead catwalk and VIP balconies offering a magical party experience with the racing community. The Podium Lounge Singapore follows successful stints around the globe including Monaco, Melbourne and Abu Dhabi!

Recognised as the most glamorous celebration of Singapore's iconic night race, situated within the track and directly across from The Paddock Club, The Podium Lounge hosts Formula 1® drivers, teams, royalties, celebrities, ambassadors, supermodels and Asia’s jet-setting party elites.

There will not be short of entertainment and music that weekend as the high-octane event will be seeing The Spectacular Opening Party on Friday, 16 September. The opening party welcomes British Superstars Me & Mrs Jones, with pop sensation Sophie Ellis-Bextor on vocals and Richard Jones supporting on the decks. Her chart topping singles include dancefloor favourites Murder On The Dancefloor, Groovjet (If This Ain't Love) and Take Me Home and will be accompanied by her husband Richard; the bass guitarist of British rock band The Feeling.

Back by popular demand, Mark Doyle (the creator of HED KANDI) and the Fierce Angel Collective will return to deliver another rousing performance on Saturday, 17 September with live entertainment including ‘Fierce Diva’ Soraya Vivian (vocals), London’s most sought-after celebrity saxophonist Emma Frampton and Cuban percussionist Pablo Calzado on the drums.

On Race Night, Sunday 20 September, Grammy Award winning singer Estelle will be turbo-boosting the high-octane party celebrations. The British hip-hop/soul sensation’s mega hit 'American Boy' with Kanye West hit #1 in the UK Charts and she's had enormous success collaborating with David Guetta on 'One Love' as well as with John Legend, Robin Thicke, Rick Ross, Chris Brown and will.i.am. More reason to be psyched for the party! 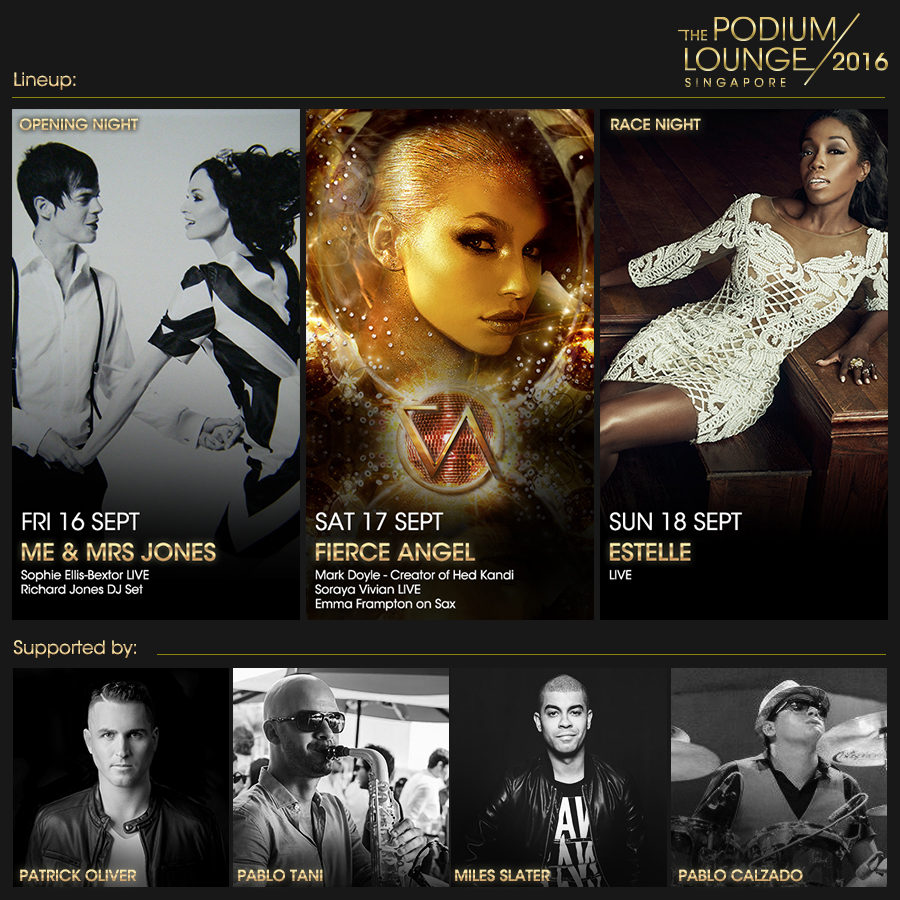 The Podium Lounge 2016 will be more than just music! The nightly Fashion Circuit by ZENCHI will take place with international models across an iconic skywalk, which is being custom built in collaboration with Grey Goose and will hover over Singapore’s longest pop-up island bar. From the pit lane to the catwalk the excitement continues as the critically acclaimed Singapore label takes to the runway.

A name that needs to introduction, ZENCHI is a critically acclaimed Singapore label famed for dressing supermodel Naomi Campbell, global celebrities such as Fann Wong and Singapore entertainment and style icons Zoe Tay and Kit Chan. 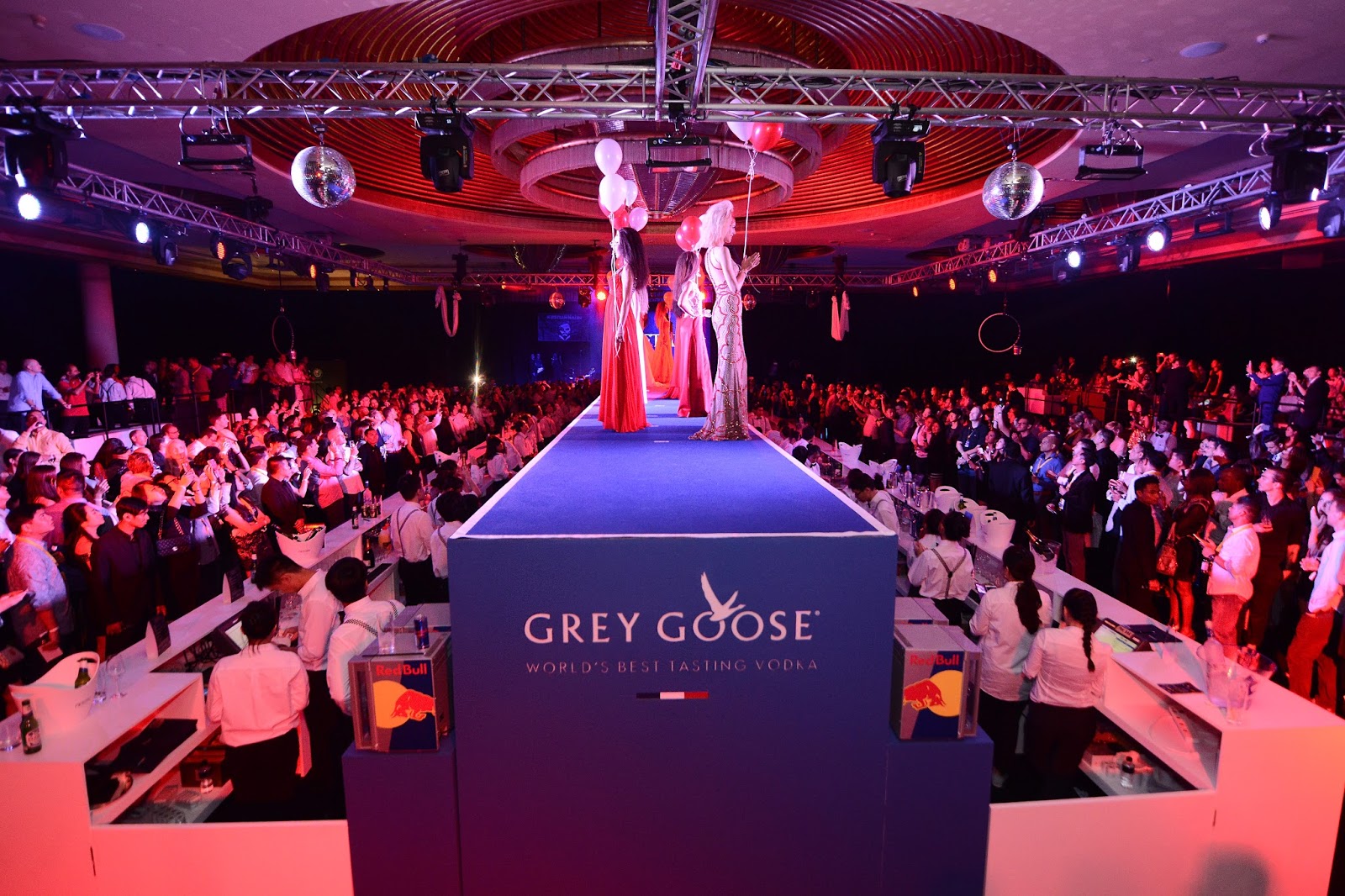 It is going to be a champagne popping ruckus with The MUMM Party Squad, with daring showcases brought to you by G.H. MUMM! Recreating the experience of the ‘Tron Legacy’ film with a fusion of technology and stilt walkers, a Tron man shooting laser lights and creating surreal visual effects alongside an astronaut firing off his CO2 gun into the crowd. Guests can also look forward to The Podium Lounge's Grid Girl performers and an aerial acrobatic display with silks and hoops plus roving entertainment up close and personal by the VIP Tables. 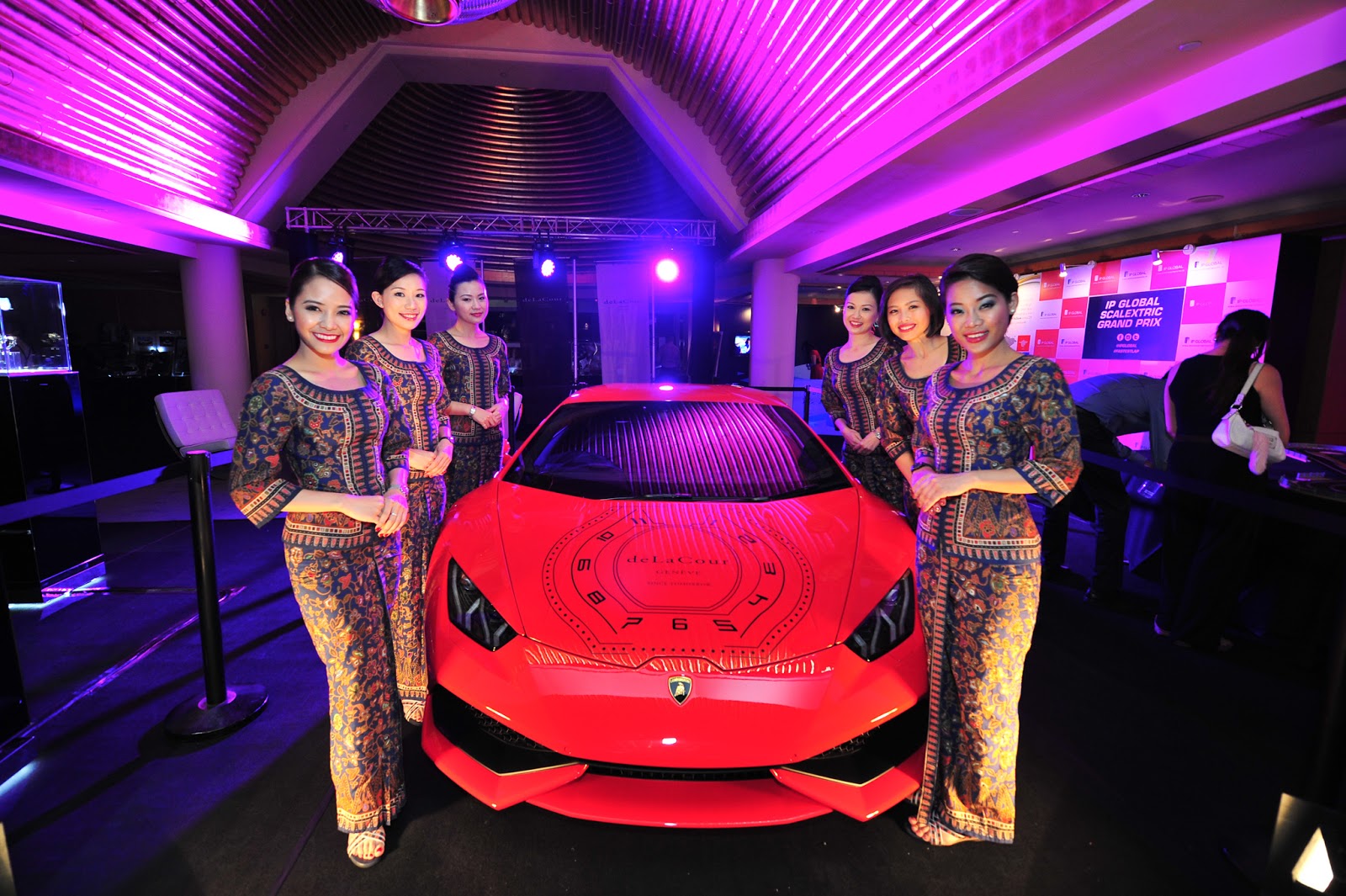 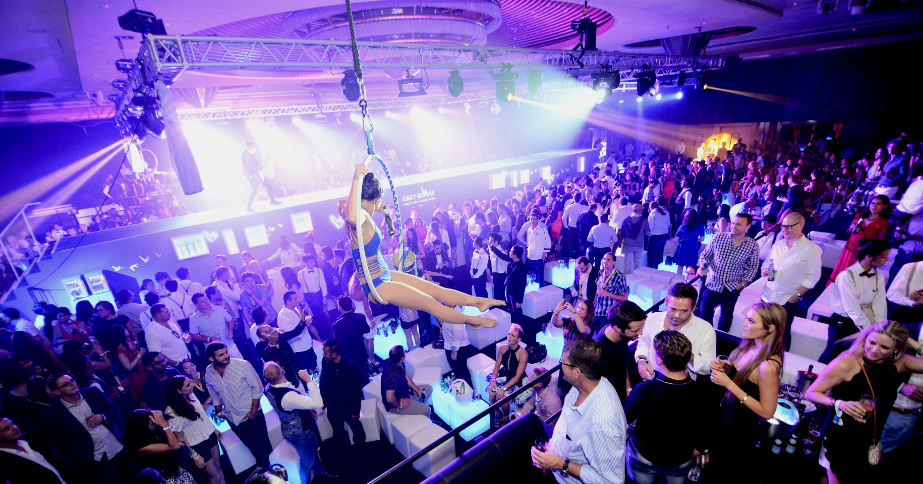 The Podium Lounge will also be revealing this ultra exclusive private island; The Bawah Island for the first time! Bawah Private Island, an ultra exclusive private island, just two hours from Singapore by private seaplane will be revealed in Singapore ahead of their opening in March 2017. Guests of the Podium Lounge will get to experience a unique taste of Bawah Private Island at The Bawah Island VIP Lounge within The Podium Lounge and right beside Formula 1's VIP Gate 10 will be the place to spot and mingle with the drivers and stars of four the racing community each night!

What is party without a cause? Charity is now deeply entrenched in The Podium Lounge weekend and this year will see a series of live auctions of authenticated and exceptionally rare F1® memorabilia with all proceeds going to charity. Some outstanding items include: a signed replica racing F1® helmet signed by three-time Formula 1 World Champion Lewis Hamilton, a full size Red Bull Racing Suit signed by Sebastian Vettel, multiple time Formula 1 World Champion, a Michael Schumacher signed F1® racing glove framed with a custom matboard of the most successful driver in Formula 1 history, a signed copy of famed Italian racecar driver, Enzo Ferrari’s eponymous book, a cap signed by the legendary Niki Lauda framed on a custom matboard and much more! It is a party that does not forget the world.

Join me in The Podium Lounge 2016 this coming only night race! Looking forward to see you guys there and rock those party anthems! Ticketing details below:

For tickets and VIP tables, please contact Robbie Hoyes-Cock, Chief Executive Officer and Founder of The Podium Lounge at +65 9459 5211 or e-mail robbie@podiumlounge.com.