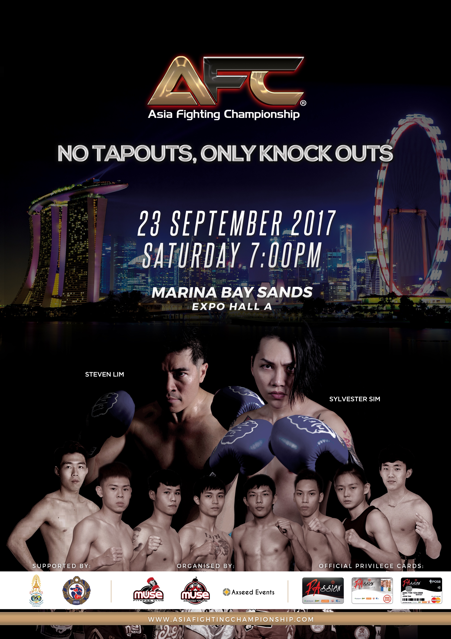 Asia Fighting Championship (AFC), a new brand and concept entirely conceived in Singapore, aims to unite different nations through the provision of a professional platform to showcase the talent in the sport worldwide. This cross collaboration aims to establish the Asia Fighting Championship as the globally recognized arena for Muay Thai artistes; selecting and recruiting the best athletes across all nations.

Muay Thai, although an ancient form of martial art, is still considered a growing sport in its infant stages. Excited to see them on the ring and learn more about it!

Hailing from across the borders of Continental Asia, the far reaches of Samarkand Uzbekistan to the shores of the land of the rising sun Nippon; to rise before the great People's Republic of China to the sons of Daehan Minguk Korea and to the glitter of the Las Vegas of Asia – Macau. Then also before the shores of Bumiputera Malaysia and to rest again finally in the Lion City of Singapore, Asia Fighting Championship brings you the best of the Asian Fighting spirit, the spirit of all the sons of Continental Asia where martial arts was born and bred.

Stay tuned for this exciting and challenging journey and endeavour starting in September 2017 at the Marina Bay Sands Singapore that will take us to Kuala Lumpur and Macau before coming full circle back to Singapore in September 2018 for the Final Showdown – Chapter 1.

AFC is fully sanctioned by the World Muaythai Council (WMC). AFC will see the launch of specially designed belts for four different weight classes. The winner of each class will be crowned AFC champion and be awarded the belt. Don't you find the belt empowering?

As usual, everything here has to have a hint of glam! Adding a touch of entertainment and glitz, Singapore stars Sylvester Sim and Steven Lim will be joining the event as celebrity fighters!

Counting down the days to see some gruesome and intense fight! See you there! 😘

To find out more about AFC, log on to www.asiafightingchampionship.com 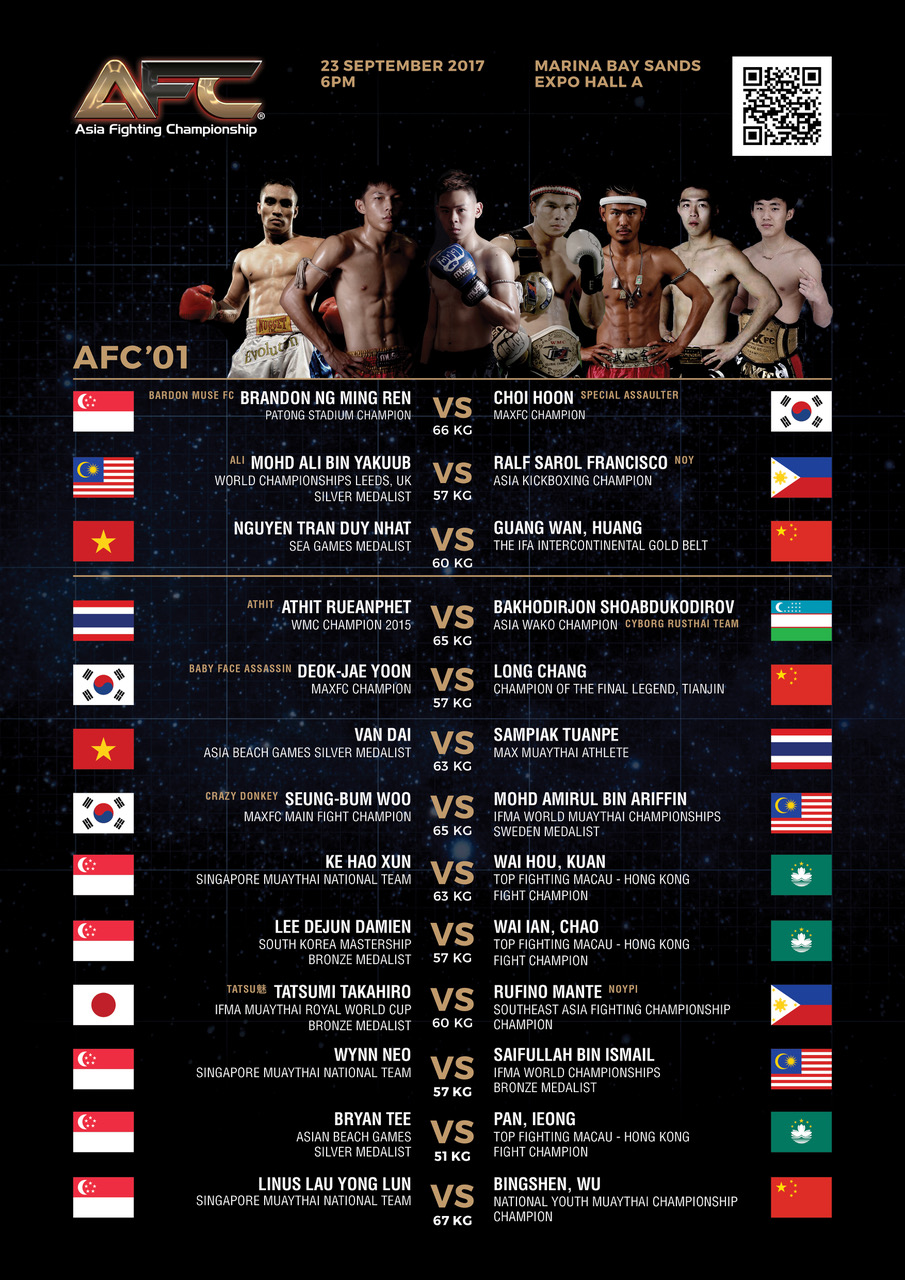