Recently, my longtime idol Siti Nurhaliza had a concert tour in three major Southeast Asian cities, Jakarta, Singapore and Kuala Lumpur after being on hiatus for about a year due to pregnancy. It has been a while since I went for a concert and this time, no expenses spared in grabbing the best seat for her concert. At first, I was in a dilemma if I should go for the one in Jakarta, Singapore or Kuala Lumpur. It would have been so convenient to go for the one in Singapore but I thought I needed a break from daunting door knocking. As such, I decided to go for the one across the border, away from everything else. What's more, I had visitors from Jakarta to entertain which makes it an opportune time to show them around Kuala Lumpur. 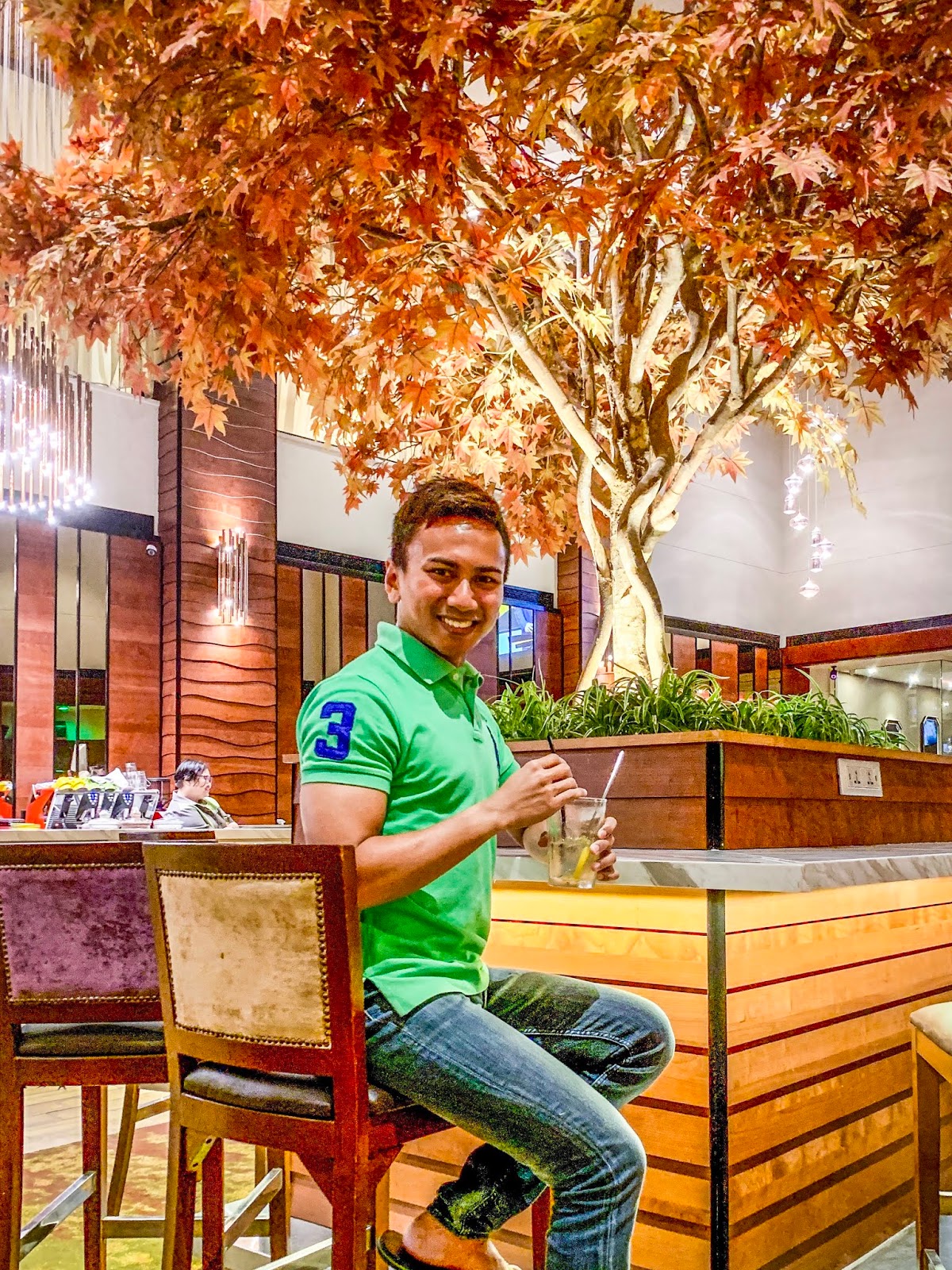 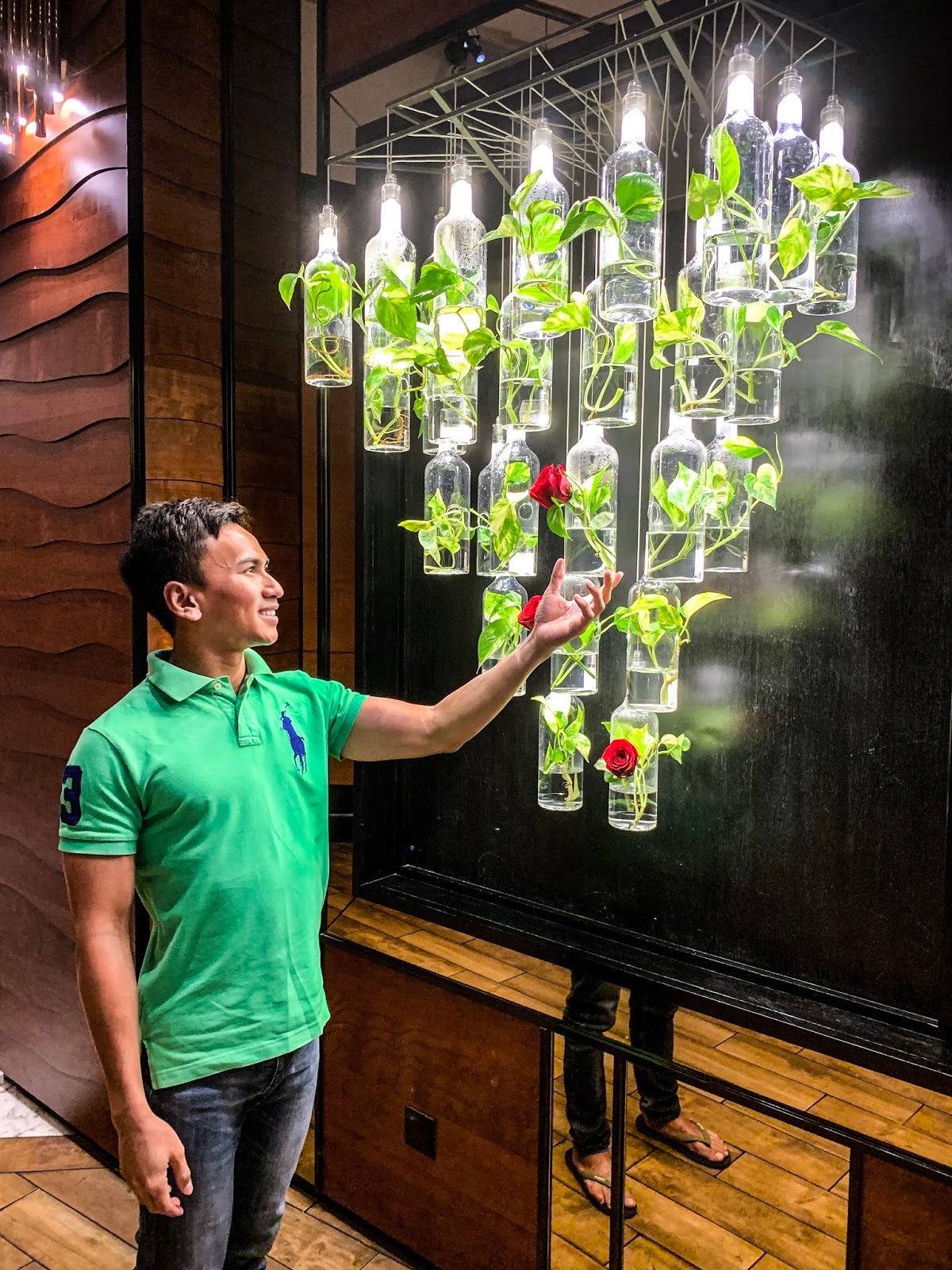 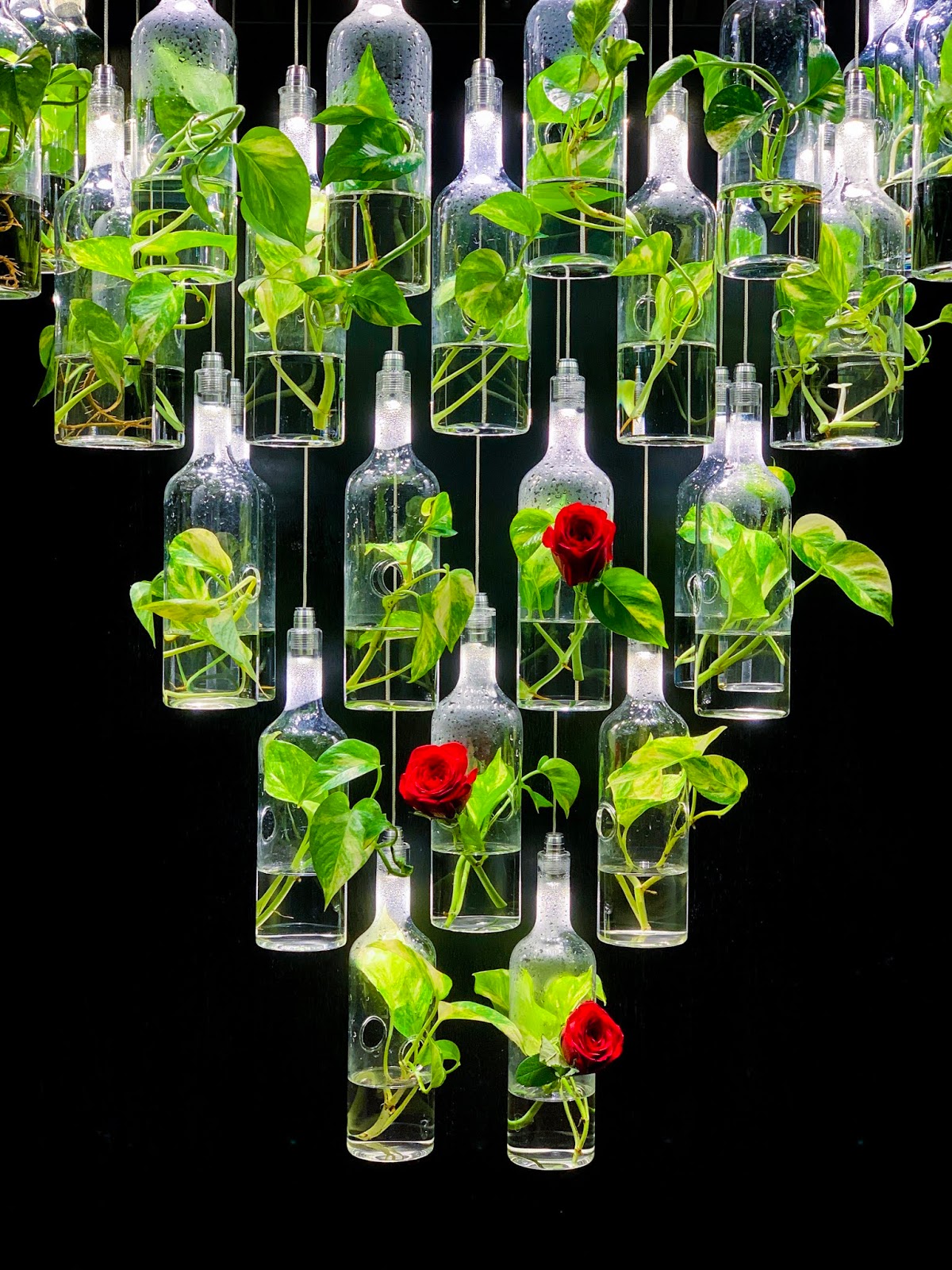 Held at Axiata Arena, the concert was no other than spectacular! I felt very blessed to be a part of the sold-out show, what's more, to be amongst the many VIPs, royalties and many other celebrities who were there. I was ecstatic to see the tens of thousands of spectators who were so energetic when the opening performance started. Even more so, to be able to say hello to Siti Nurhaliza's husband, popularly known as Dato' K! She had performed many concerts singing her popular singles time and again but each time, she never fails to impress us with new renditions to her songs. For the first time, her concert started with traditional 'wayang kulit' which featured a short story of how she grew up selling curry puffs in her kampung days to becoming a successful entertainer she is today. Different from other shows, her traditional segment kickstarted the mesmerizing show. I for one, was grateful as the first number performed is my favourite and was recomposed into a more epical tune.

I told myself not to record but it was hard not to do it knowing that I would miss the concert when I am back. Thankfully, I broke my promise because there are days when I was bored I would replay some of the recorded segments. Now, I am just hoping it would be out on Netflix some time soon so that I could watch the ultra-HD version at home with 'all-around-you' sound system. (whispers 'all around you' a la cinema introduction) 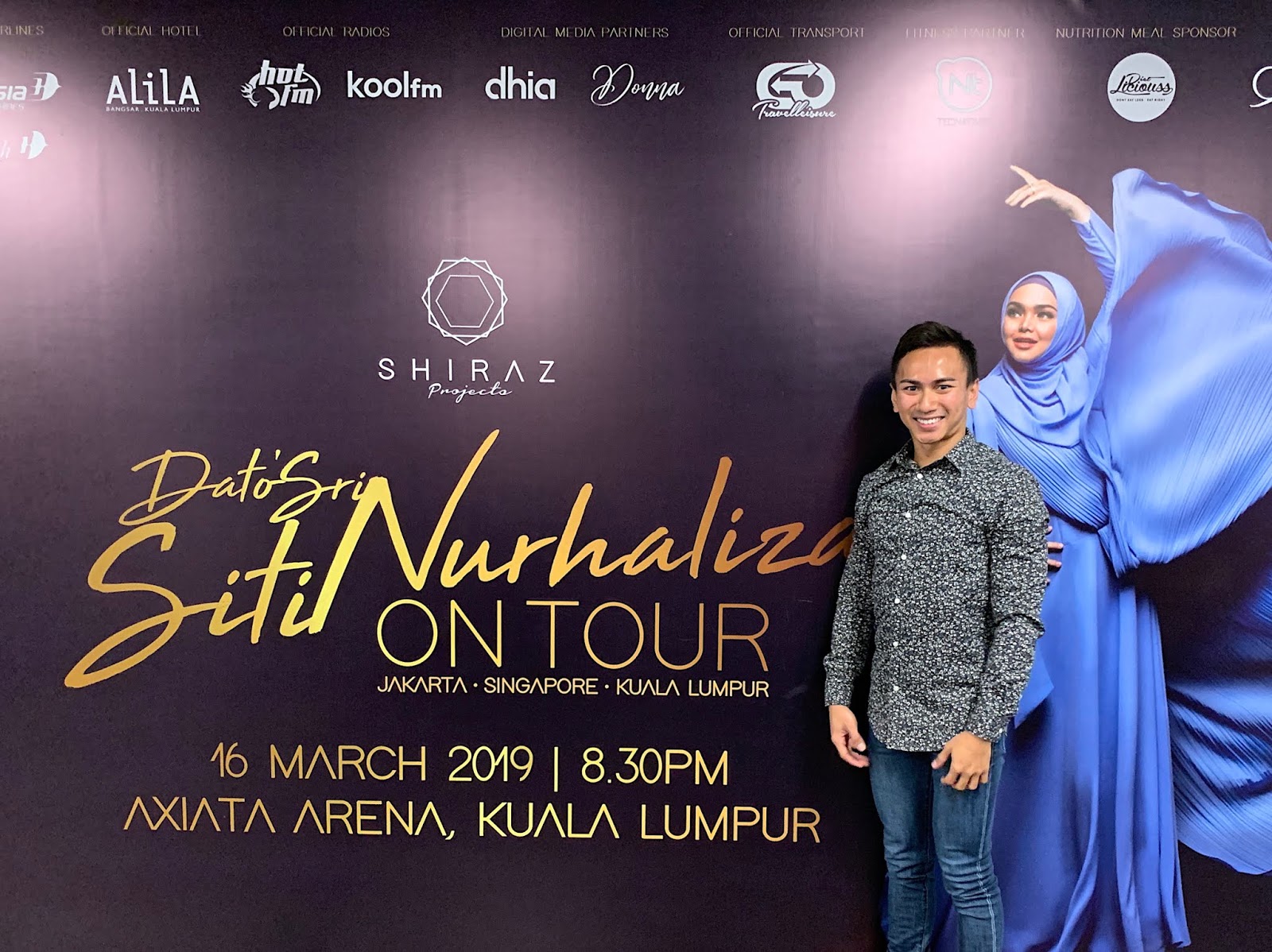 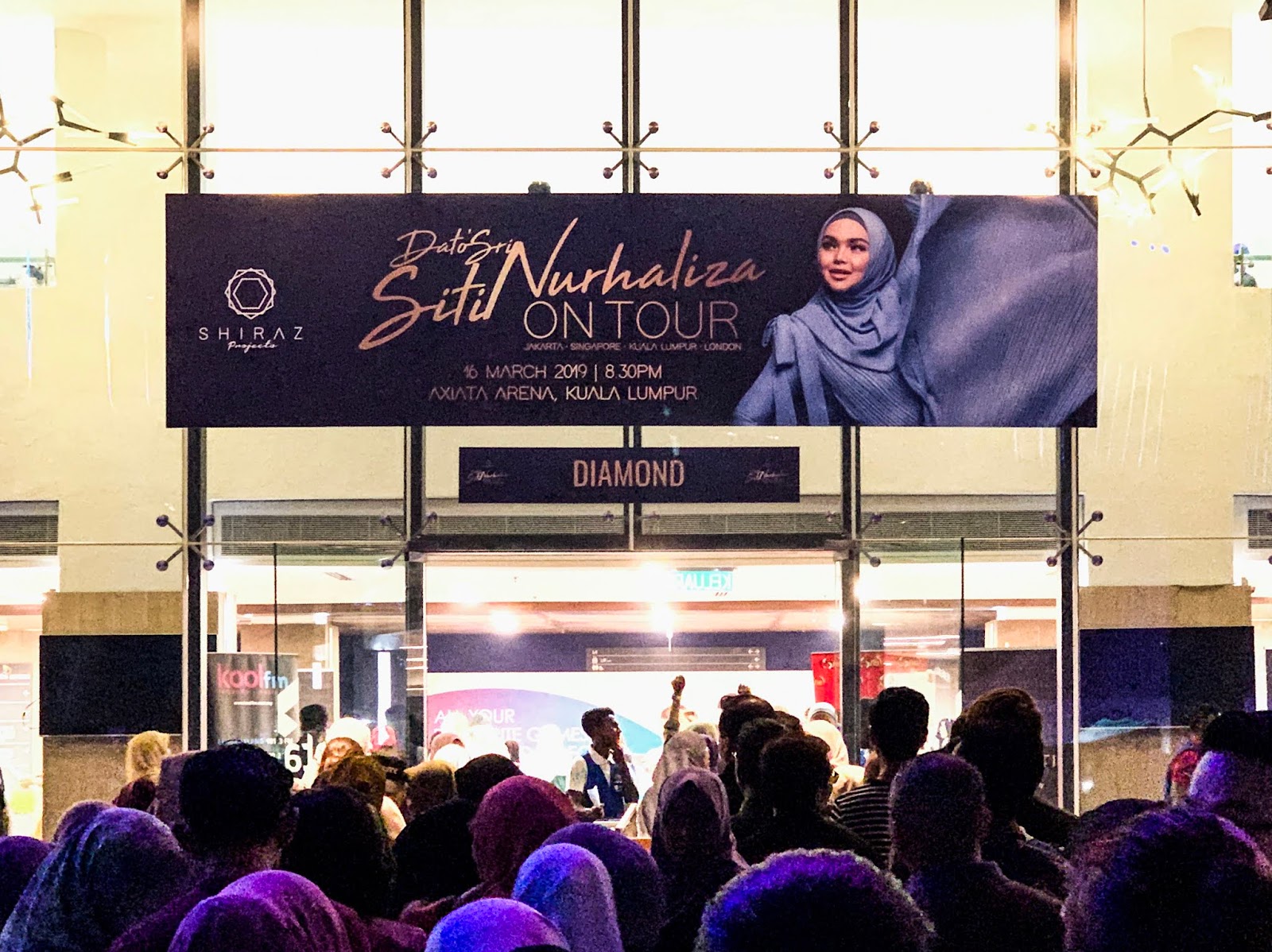 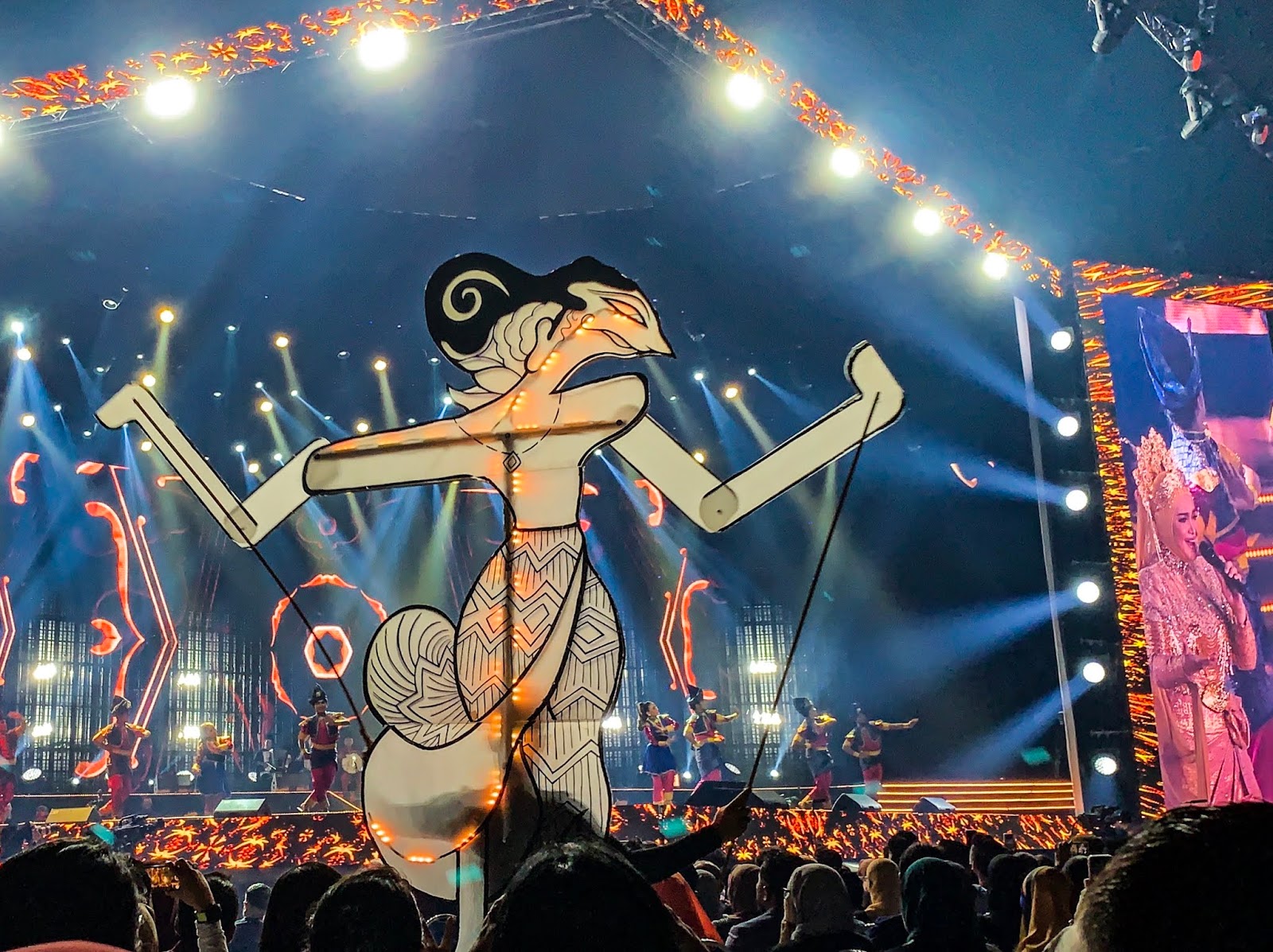 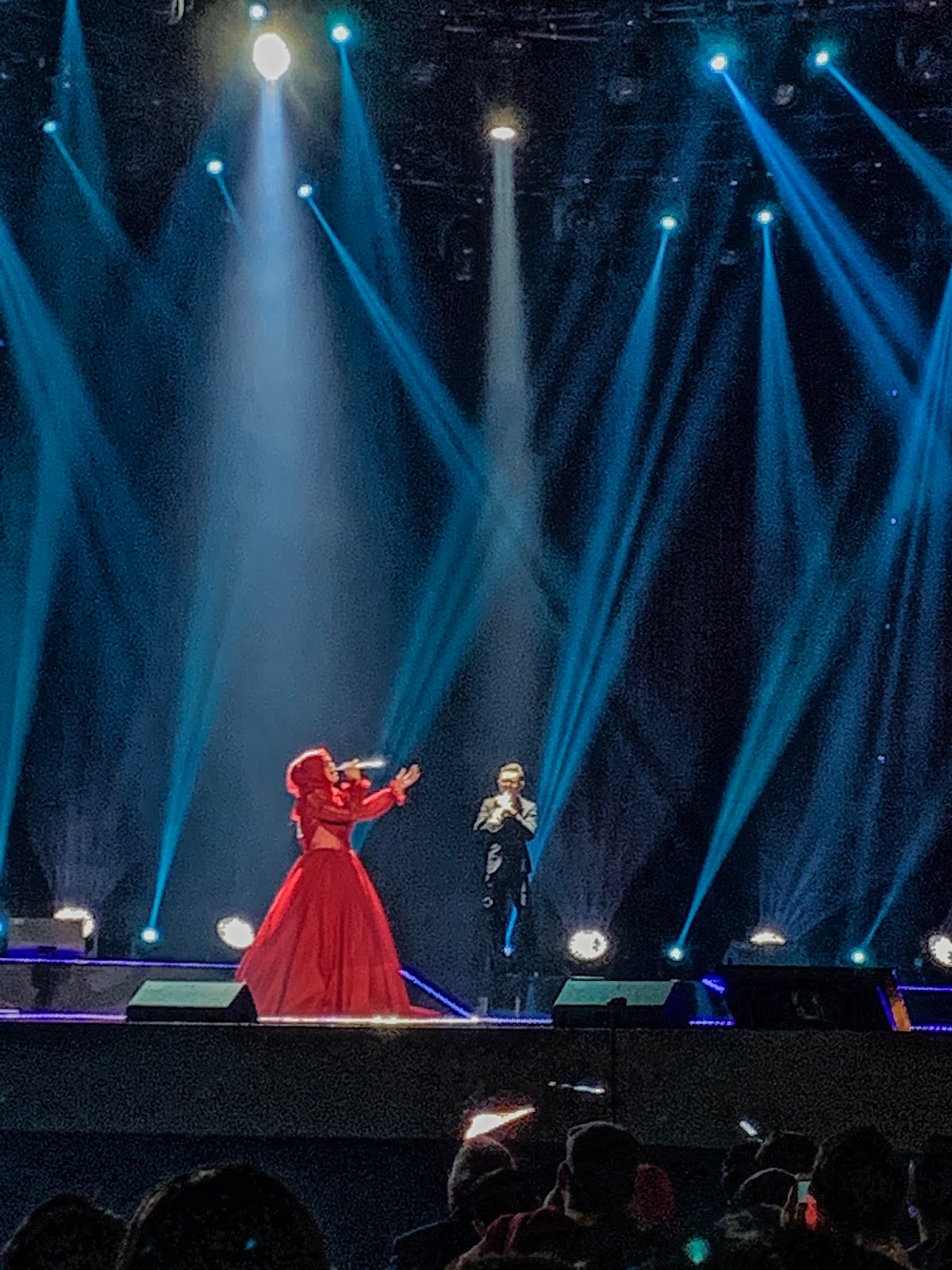 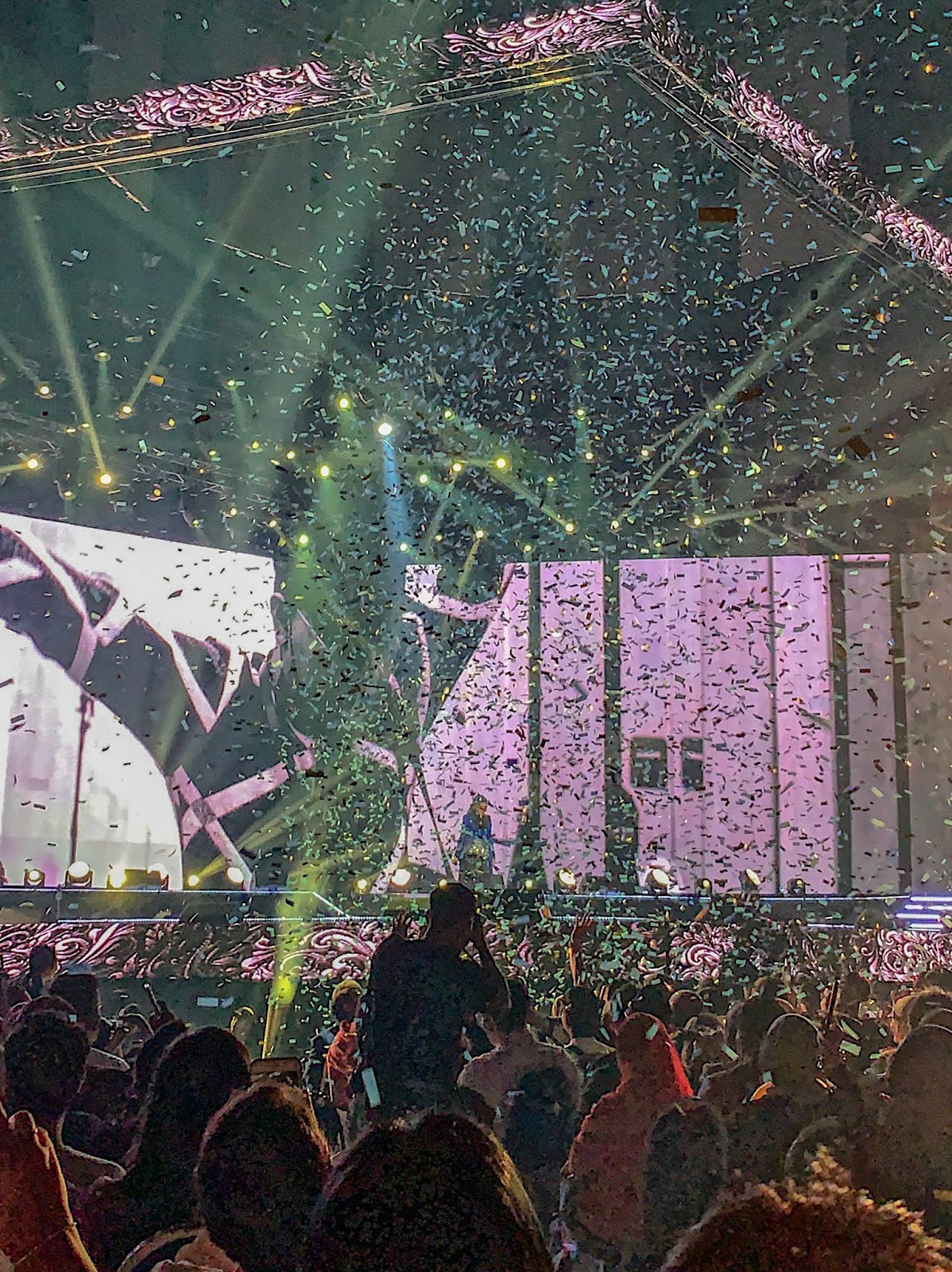 This was a fantabulous birthday gift and I could not be any more grateful.

I could only sense someone will getting a promotion soon for bringing in so many tourists. It was well deserved given the hard work put in. Most celebrities with that portfolio and profile would probably retire from the entertainment world - especially at that age. It is a no wonder to date, she is still looked up upon by many. Even teenagers know her at least by name. Siti Nurhaliza is probably an epitome of grit, passion and dedication for most Malay girls out there.

Then again, some others would be saying I said all those because I am a fan. Perhaps?

Malacca was my pit stop before heading back home. The weather was atrocious. Even by the sea, it was only hot wind blowing on my face. As I was there for only a night, I explored Jonker Street. If you are attentive enough, amongst the bustling night market, you could spot the mausoleum of Hang Kasturi, one of the famous five warriors during the reign of Malacca Sultanate. 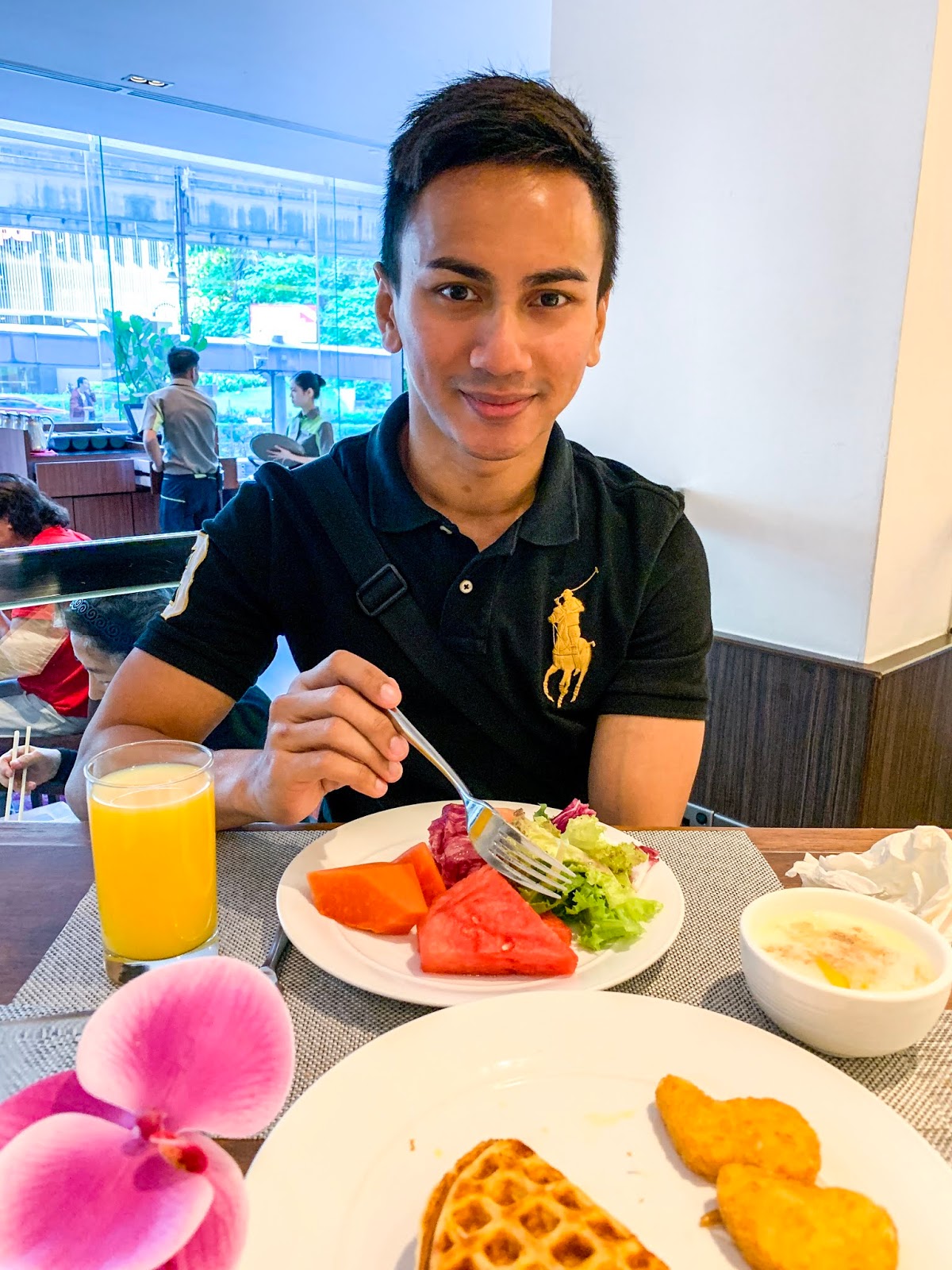 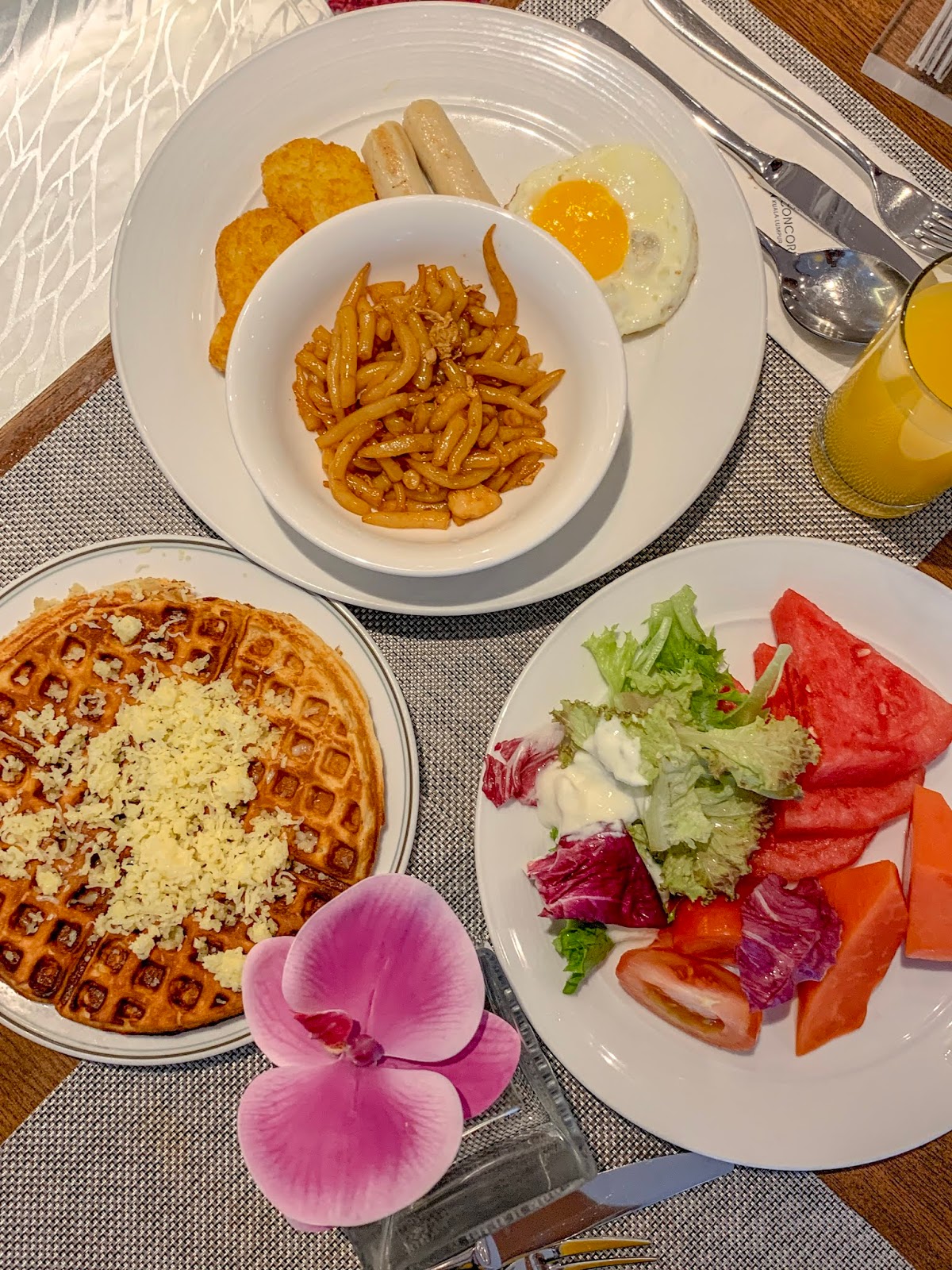 That is all for an update! Although I enjoyed myself, I was exhausted due to the weather. A few days later, I was back in Malaysia. Why? Stay tuned for the next post!
Labels: Concert Events Luxury Malaysia Travel
Location: Kuala Lumpur, Federal Territory of Kuala Lumpur, Malaysia