Hello everyone! How's your week going? It's already midweek and I know you guys are counting down to the weekend as I do! This week has been really great albeit work is piling up but all of that was made alright because of Taylor Swift! That's right! I was so exhilarated, glad and ultimately grateful for this wonderful opportunity to see her live because her concert that was scheduled tomorrow on the 12th June was sold out!

Most of you by now would have known that I am not die hard Swiftie fan but I do know quite a handful about her. For one, she's hot. Even though it is disputable she has horse face like Sarah Jessica Parker and gang. Secondly, which is the most important part of a concert is that she can sing live pitch perfect! Hers was really a live performance and I can't articulate enough on how that changed my perception towards Hollywood singers. Let's be real - Katy Perry's songs are empowering, has a charming personality but when it comes to singing live - I wish I had my earplugs on when I watched her at The Singapore Gand Prix back then. No comments about Britney Spears. No matter, I still love them all!

The concert was really a last minute one. It was due to a response so strong the organizers had to open another date. Even the 9th June concert was a sold out! The Singapore Indoor Stadium was filled with more than 15,000 Swifties and you were bound to meet someone you know - which I did! Met my ex-comrade and it was not the first time I bump into him. I was really surprised and it was a good one!

There were throngs of people in red as the tour name suggests. I was not spared from the fanfare and I really felt like I was a part of something major. I did not have the chance to wear red with thousands of people for the past million years, because I was not given the ticket to see my tax money being burnt on 9th August although I balloted for the minimum every single year! Any kind soul? I just wanna feel that one-minute hyper patriotism!

As it happened on the eleventh hour, I called my close friends to ask if they were able to accompany me. I am grateful for their presence because, in good times too you need company to enjoy it with. I think, in friendship, it is important for us to be present in each others life. We must not to be dismissive and ignorant about it, and then complain about how lonely our life is, or how our ignorant our friends are when the fact is that it takes two hands to clap. Introspection for all of us perhaps?

We were there at the Singapore Indoor Stadium on time. Can you imagine? I had to rush home, feed my two little kittens, freshen up quickly and grab a bite. To have everything done in fifteen minutes is a feat - microwaved a footlong to eat along the way! That was the toughest day I had! I should get an award for that. Only kidding!

There were so many people flocking in and given Singapore's sultry climate, I started to sweat and tried to control myself not to! Thank God the crowd was well managed! They were giving away unlimited complimentary Cornettos along the way. There was vanilla and chocolate to choose from.Very happy not to see those greedy or kiasu Singaporeans! Probably they were too brain freezed to have a second go. Cornetto's generosity was crazy! Amazing thing you don't have to queue for so long and that everybody gets to enjoy them.

I love Cornetto. It has a perfect blend of vanilla and chocolate and peanuts that tantalizes my taste bud. On top of that, the crunchy cone is to die for especially towards the bottom of the cone where is it filled with an inch of chocolate, so that should the ice cream melt it will not drip through the tiny hole of the cone.

The show was opened by an up and coming local trio Impromt-3 and I really enjoyed their rendition of Radioactive by Imagine Dragons. It may be surprising to some of you that I am actually quite a fan of this alpha-male song! I did have my head banged!

While Swifties were still thronging in, I saw this group of fans who stopped by at the side to put together a huge fan poster. I salute those Swifties for putting in that much hard work into that. Keep it that way for your studies too! Haha! 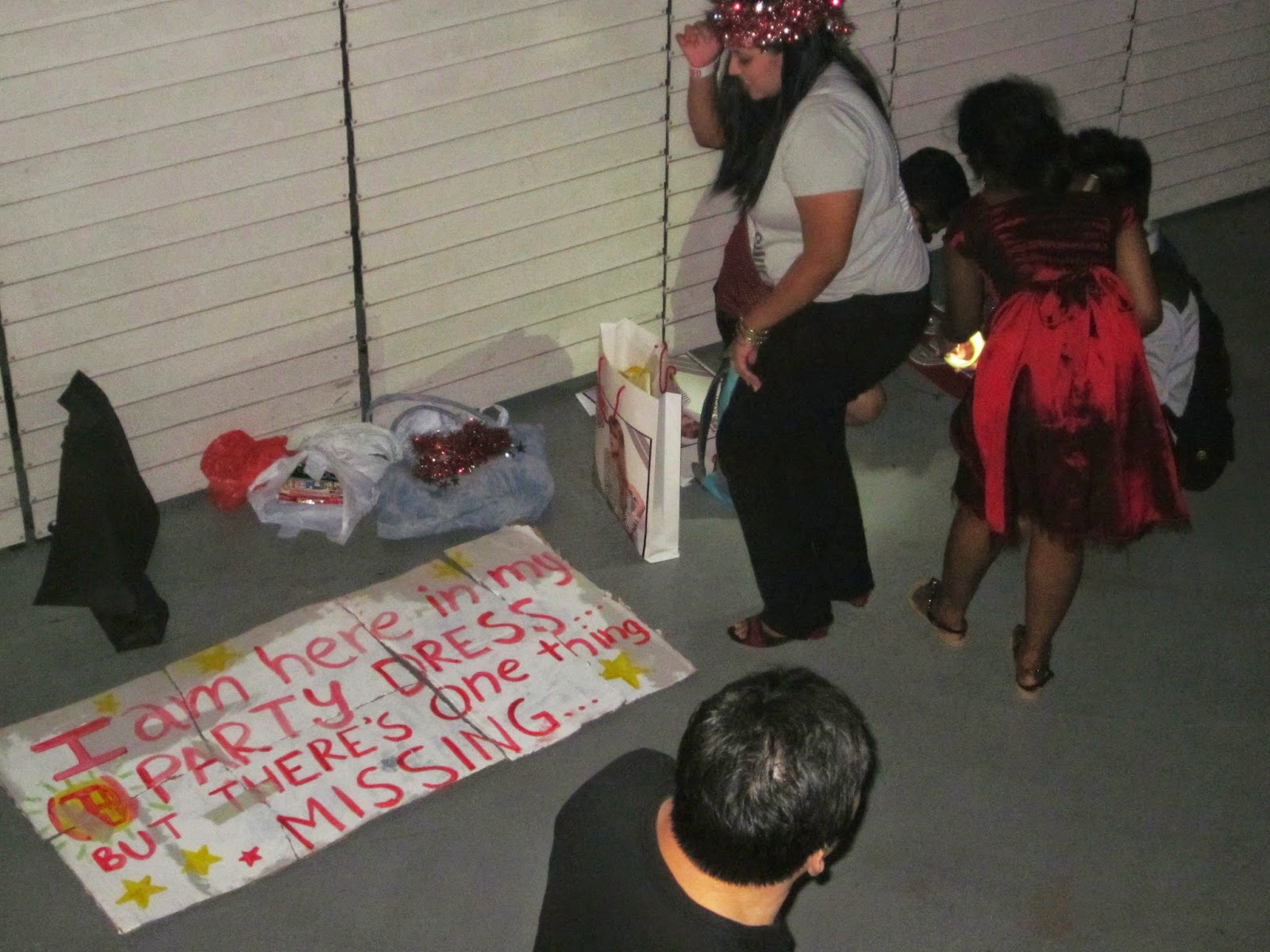 Taylor performed a grand opening song State of Grace - very graceful indeed. I came in not knowing a lot of her songs and I came out humming to her tunes. I got so excited when she sang those familiar singles like 22 - because someone was teasing me about my age. I Knew You Were Trouble - thanks to Victoria Secret Fashion Show in 2013, and We Are Never Ever Getting Back - because of the prominent "Wee-eee!" in the chorus. Her songs will be etched in my mind for quite some time!

It was really refreshing and personal. She did a few numbers on the stage that was right in front of us. Everyone started a brouhaha and loomed over our seats. I was so, so happy to get to touch her hand for a millisecond. That means a lot to a new Swiftie. I could just break out into another Taylor Swift's song anytime now! 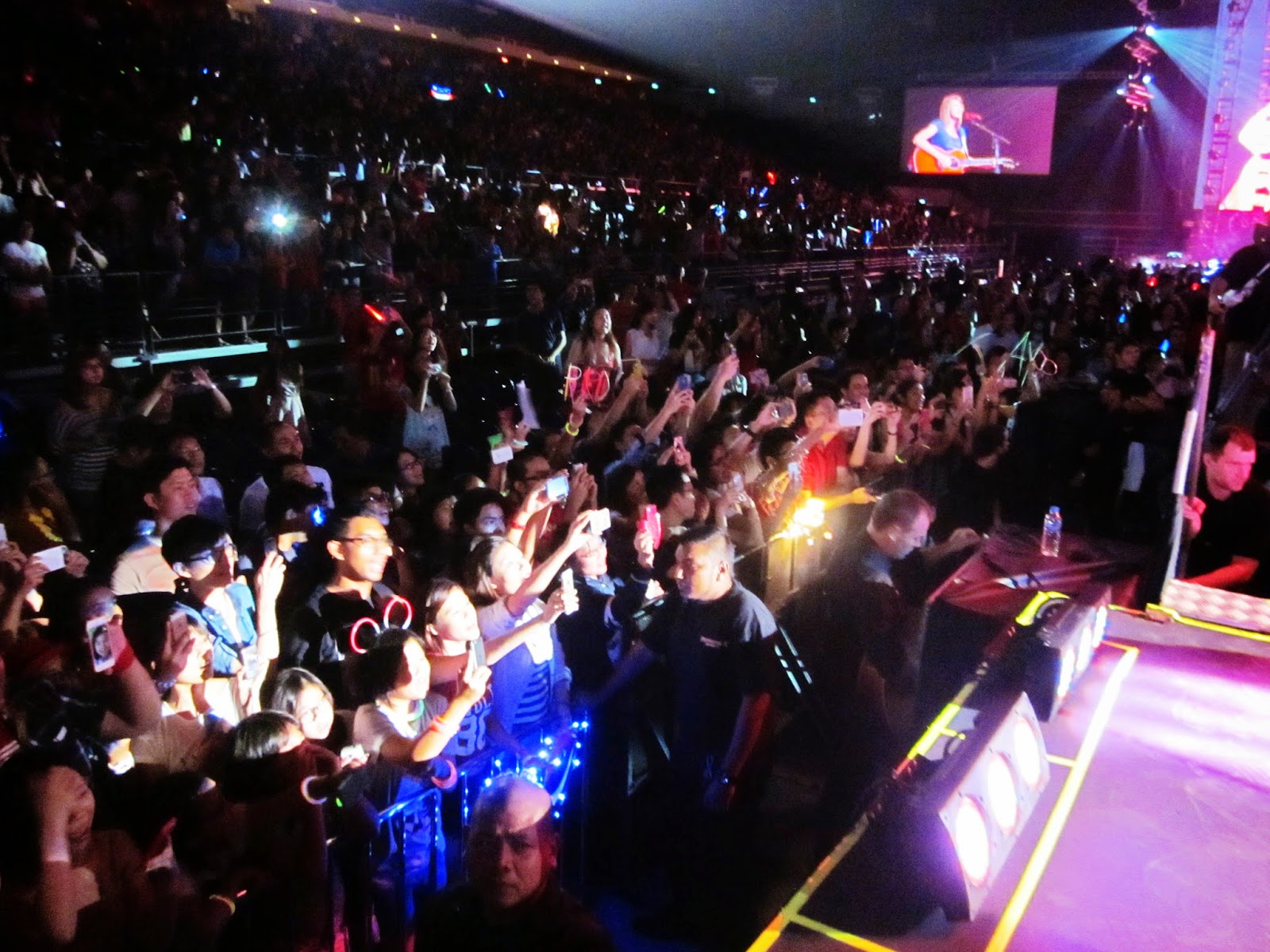 A note to a crowd controller: Don't be a lady. Literally. Haha!

Her performance was theatrical, majestic in a way and a treat to the eyes. She was really engaged in what she did. She dance well, can play an instrument and sing live at the same time. For those who did not know much about her just like me, she also told us more about herself and how she grew up. So I'm not surprised why I as a youth can get into liking her. It is so relatable! I also love the digital backdrop, the effects look so real and crystal clear. It made everything look realistic and detailed. Only shows how much effort was put in for this concert!

I was a little bit disappointed because there was no confetti but to be a feet away and see her up close is one of the best days in my life. The show did not end without a sing along finale!


Amazing thing this concert was done in the Singapore Indoor Stadium to complement her strong vocal. The stadium holds a lot of memories and I am so glad that that the Singapore Sports Hub will be enlivened with so many things!

The concert was presented by Cornetto and promoted by AEG Live. Thanks for organizing this major show! Oh, and I am thankful to Canon for producing such good cameras. The one time my photos look amazing and it looks bloody professional! I swear by it! Delighting me always! 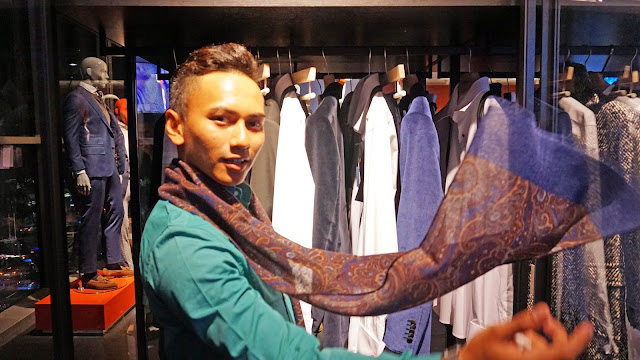 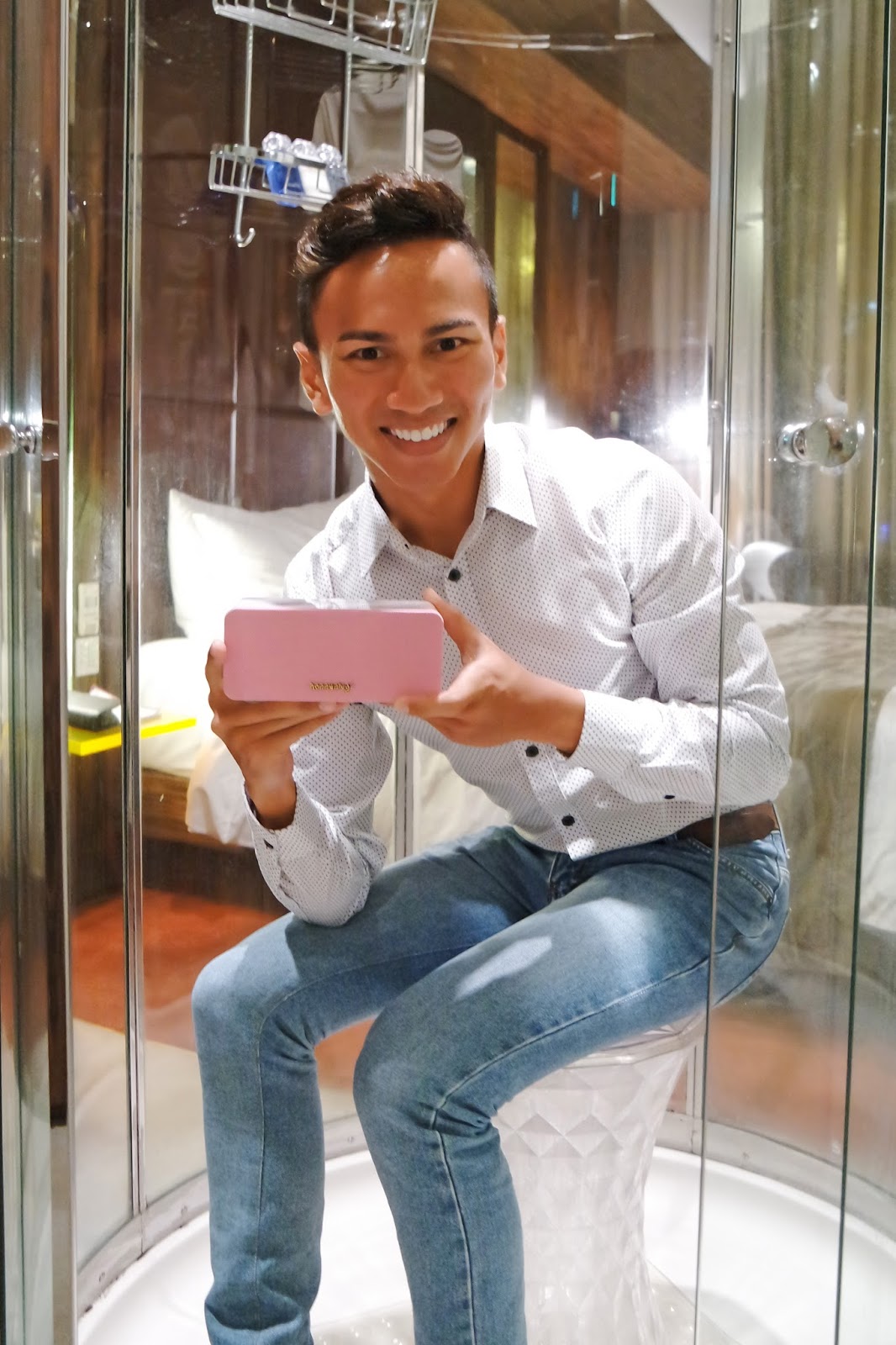