Hi everyone! Hope all of you guys are in great mood this week because it’s the term break for the school kids and definitely a reason for some of you guys to take leave over this period. This week I am happy to be able to meet my favorite Japanese media artist, Naoko Tosa for the opening of the latest art work – Space Flower which is proudly hosted by Ikkan Gallery.

This is her second time exhibiting in Singapore after a successful and photo worthy exhibition over at the Singapore Art Science Museum early this year. Her project mapping there has received much fanfare which justifies her second grand opening of her new series – Space Flower. What is it?

Space Flower is Tosa’s new series of works that pays homage to Rimpa (major historical schools of Japanese painting) that was founded in Kyoto in the 17th century. Famed for its usage of luxurious golden colour, one of its key exponents was the artist Korin Ogata, whose paintings of “Wind God and Thunder God” adopted this. The fragmentation of flowers by the elements of wind and thunder in Tosa’s works serves an symbol for the fading of old traditions and beckoning of the future.

There are 6 series of work which was showcased explained - 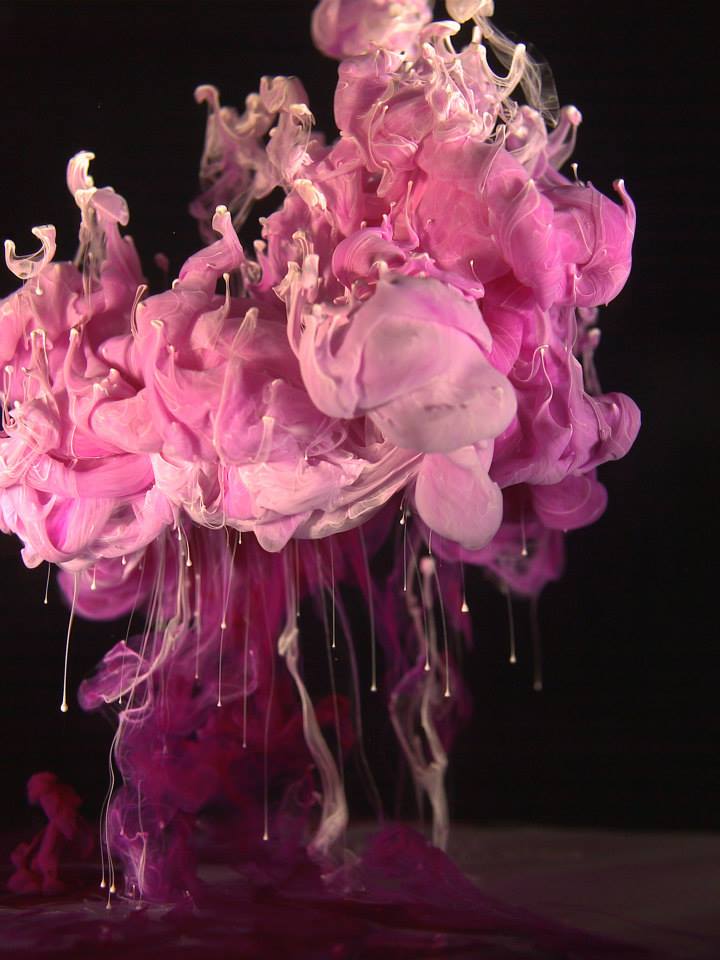 Oiran
Oiran (above) alludes to the eponymous courtesans popular during the 18th and 19th century; the roses, as though performers in a Kabuki (Japanese dance-drama) piece, exude a gallant beauty while their fragility evokes a dream-like presence, at once ephemeral and elusive. 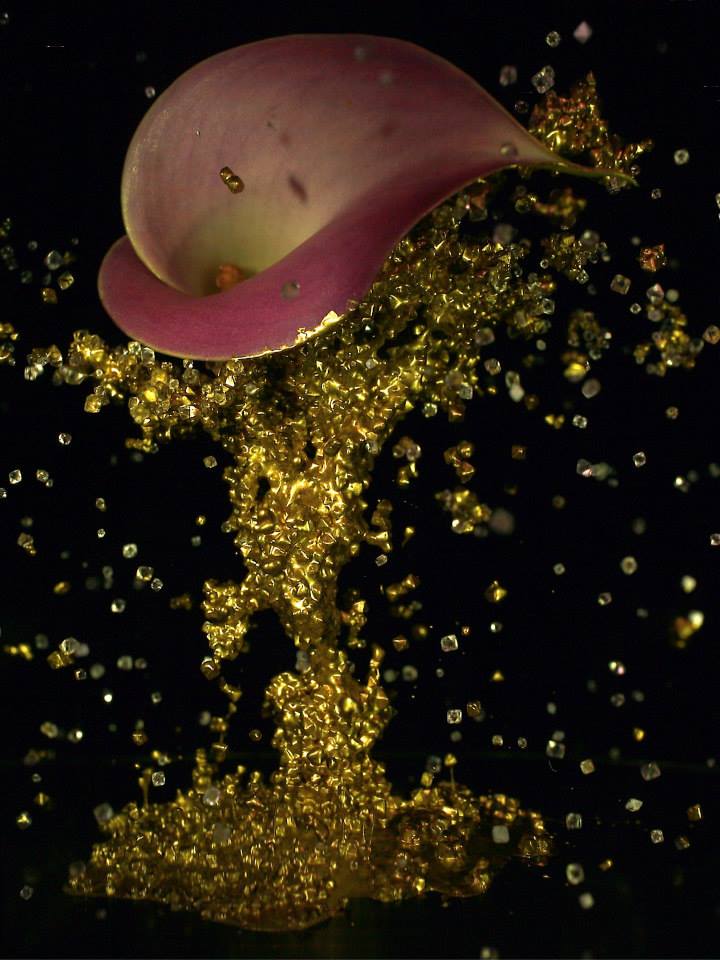 Space Flower
A flower blooming in space in Space Flower (above) symbolizes life and refers to oneself. It depicts the act of maturing that requires one to reject their past, an act that inflicts hurt upon themselves, but they more often than not comes out stronger. 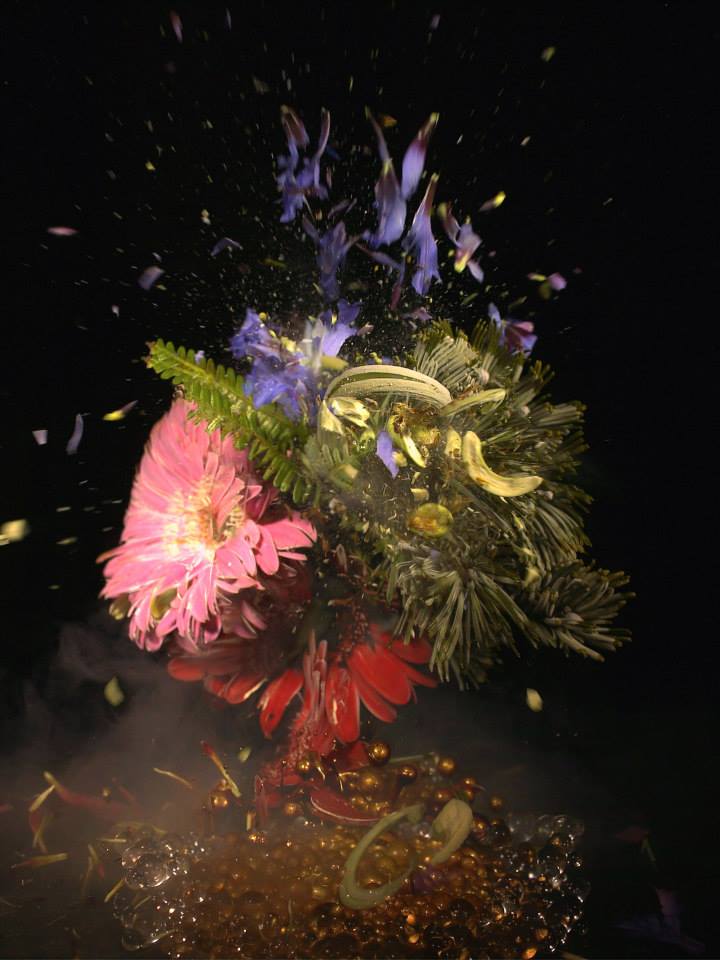 Space Jungle
Space Jungle (above) depicts a jungle on a planet far away from ours. Abundant water and flora abound on the surface while an array of minerals and plants inhabit the underground, navigating the chaos of zero gravity in obliterative spurts of dance. 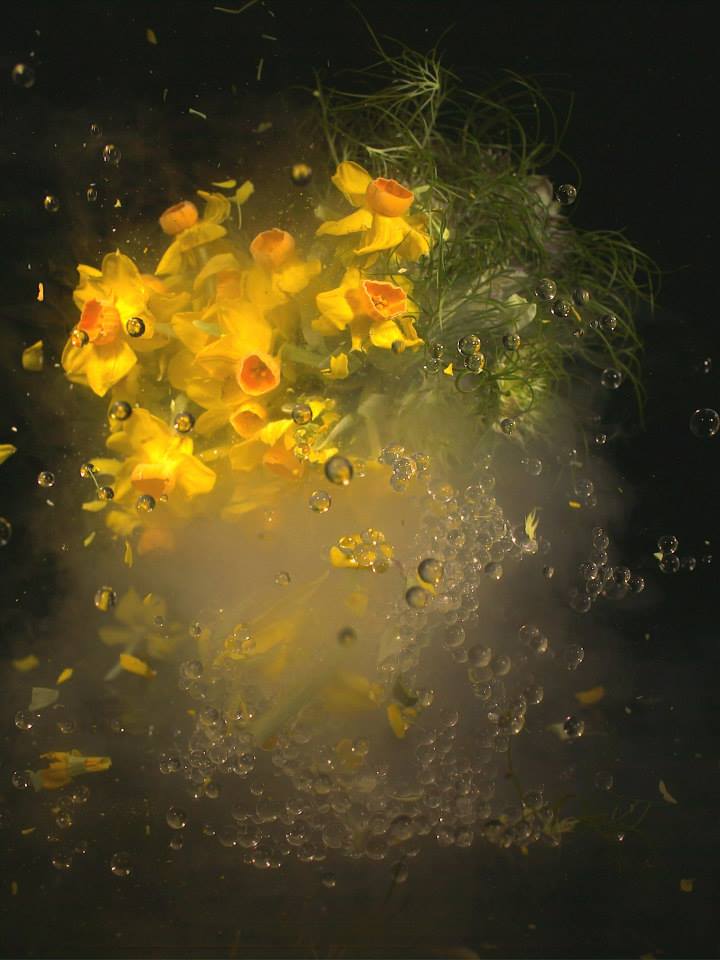 Moon Flower
Drawing inspiration from Ogata’s painting “Red and White Plum Blossoms”, a national treasure of Japan, Moon Flower (above) considers how red and white plum blossoms would appear on the Moon, presenting a continuous kaleidoscope of exploding moon flowers. 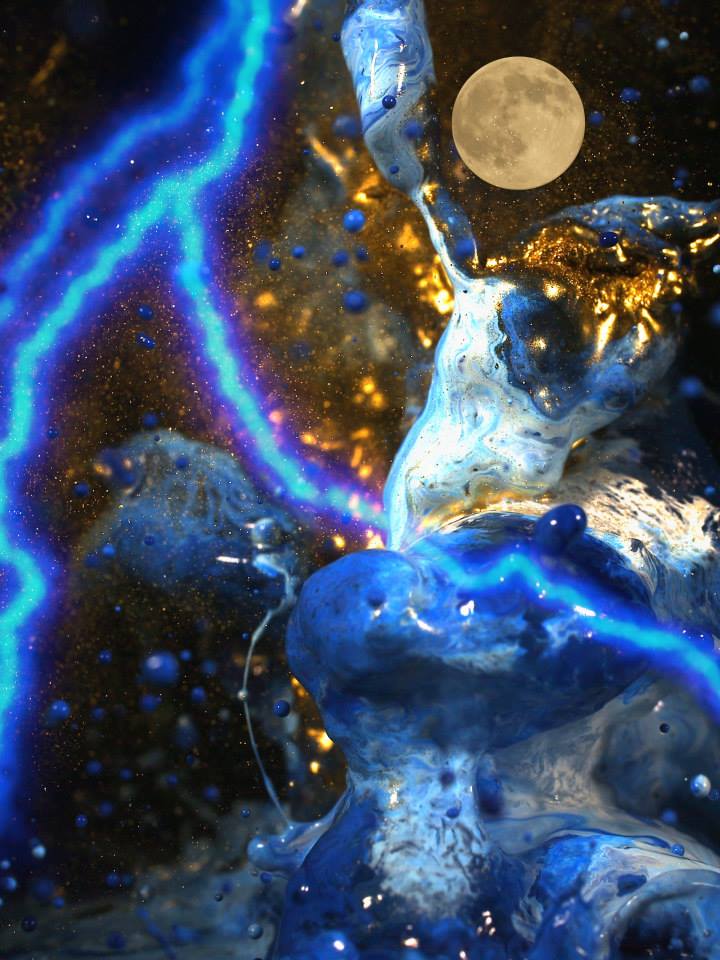 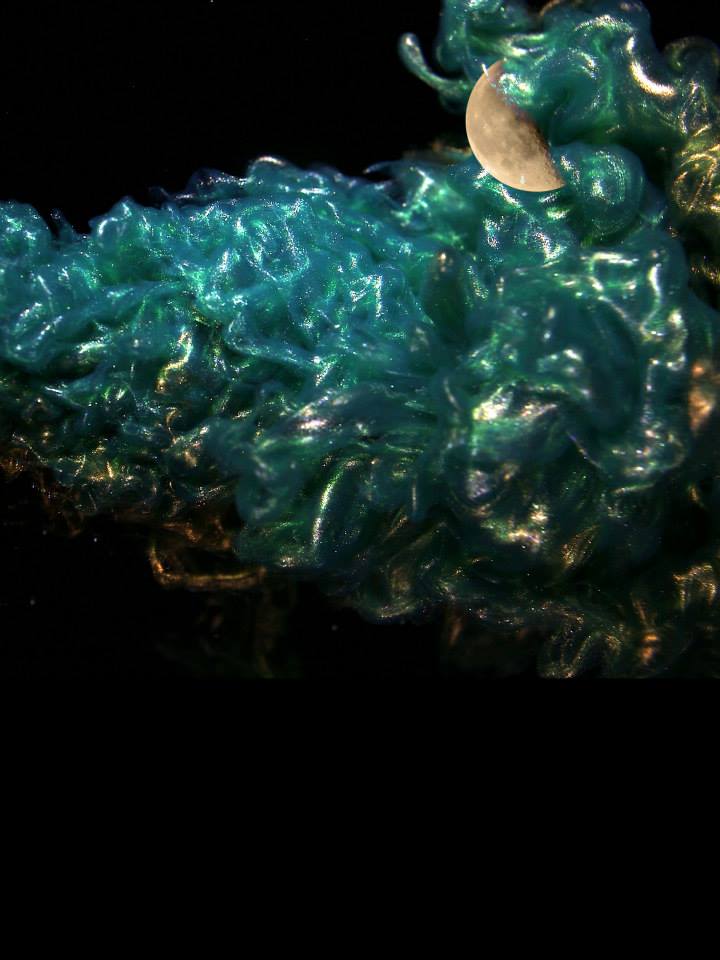 Wind God and Thunder God
The deified characters of Ogata’s “Wind God and Thunder God” (above) take centre stage with Tosa’s reimaginings. Wind God shows a figure approaching and unfolding onto the scene before departing while Thunder God invokes the Japanese thunder god Susanoo, whom remains likeable in spite of his selfish and mischievous personality.

I think when it comes to contemporary media art, it is important to engage as many senses as possible and I am enjoying this one not only because it engages my vision but the music that comes with it sure would sooth anyone’s mind. The art is also done naturally in a way that it is purely physics.

It is definitely the traditional art of the future. Naoko Tosa has definitely revived what is considered dead in a whole new sophisticated, never before imagined technique. Pretty much a challenge not many would be able to accept today. A way to honor history, move forward into the future, and beyond.

I am really thankful and honored to be personally invited to her prestigious series debut. It is an honor to see her art work first hand! 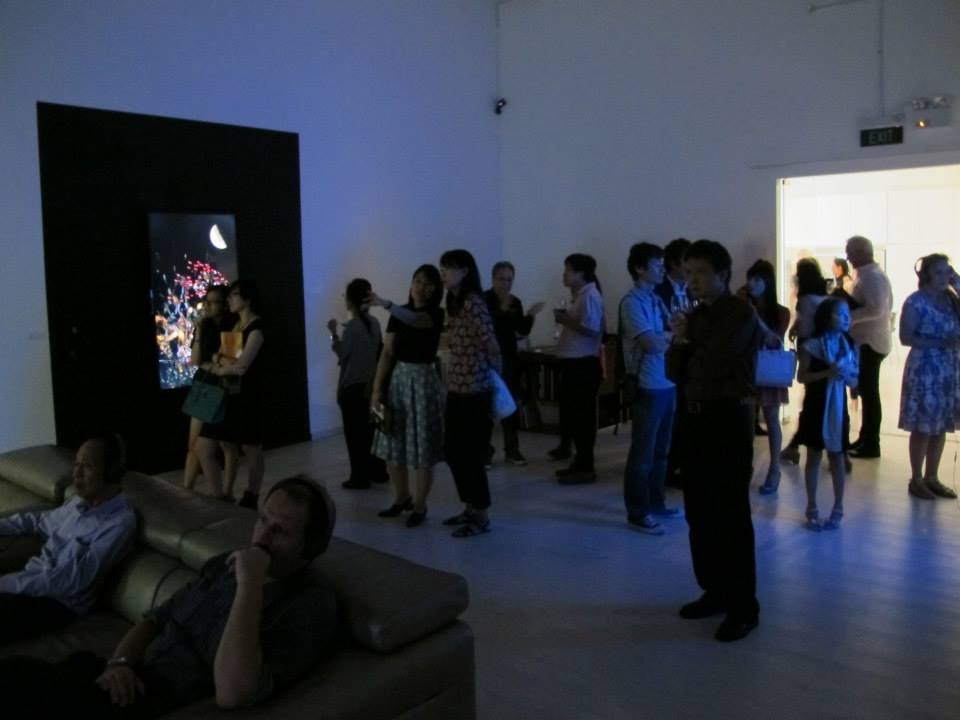 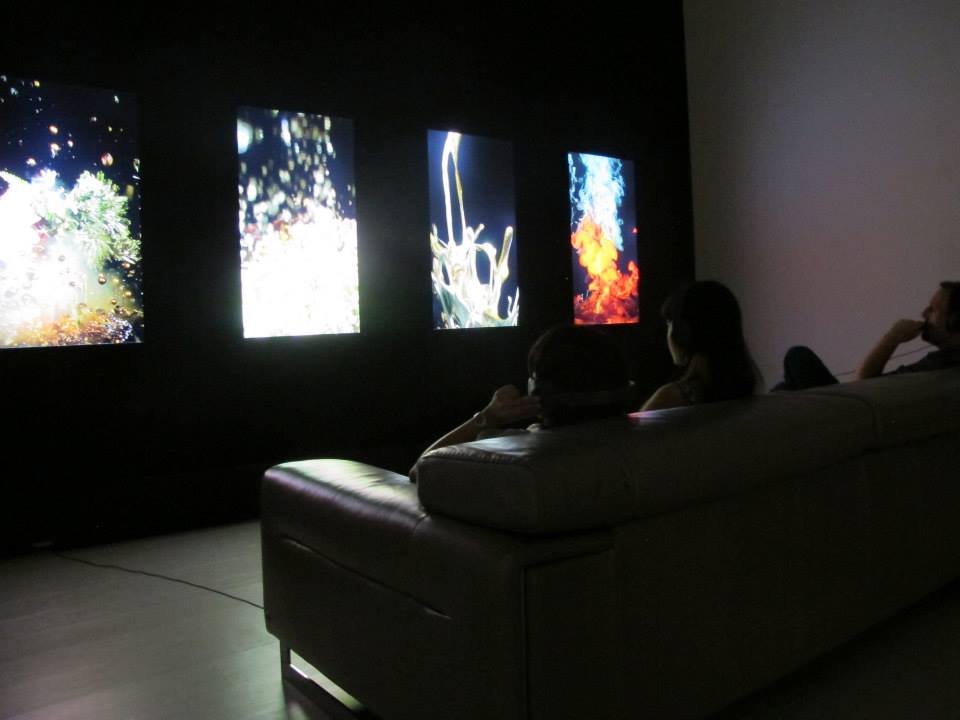 Naoko Tosa is an international award-winning media artist from Japan. One of her biggest projects includes her digital artwork “Four God Fag” that was featured in the EXPO 2012, Digital Gallery that was held in Yeosun, Korea.