Our trip in the Emirates was blissful despite some hiccups. Although Dubai is home to everything pompous and showy, it is still not as rich as its humble capital; Abu Dhabi. While there were many things being said about how boring Abu Dhabi is because of its low profile persona, it's hard to ignore the ambitious projects Abu Dhabi have sustainably planned. In fact I am quite looking forward to all their new attractions! It's gonna be so huge! 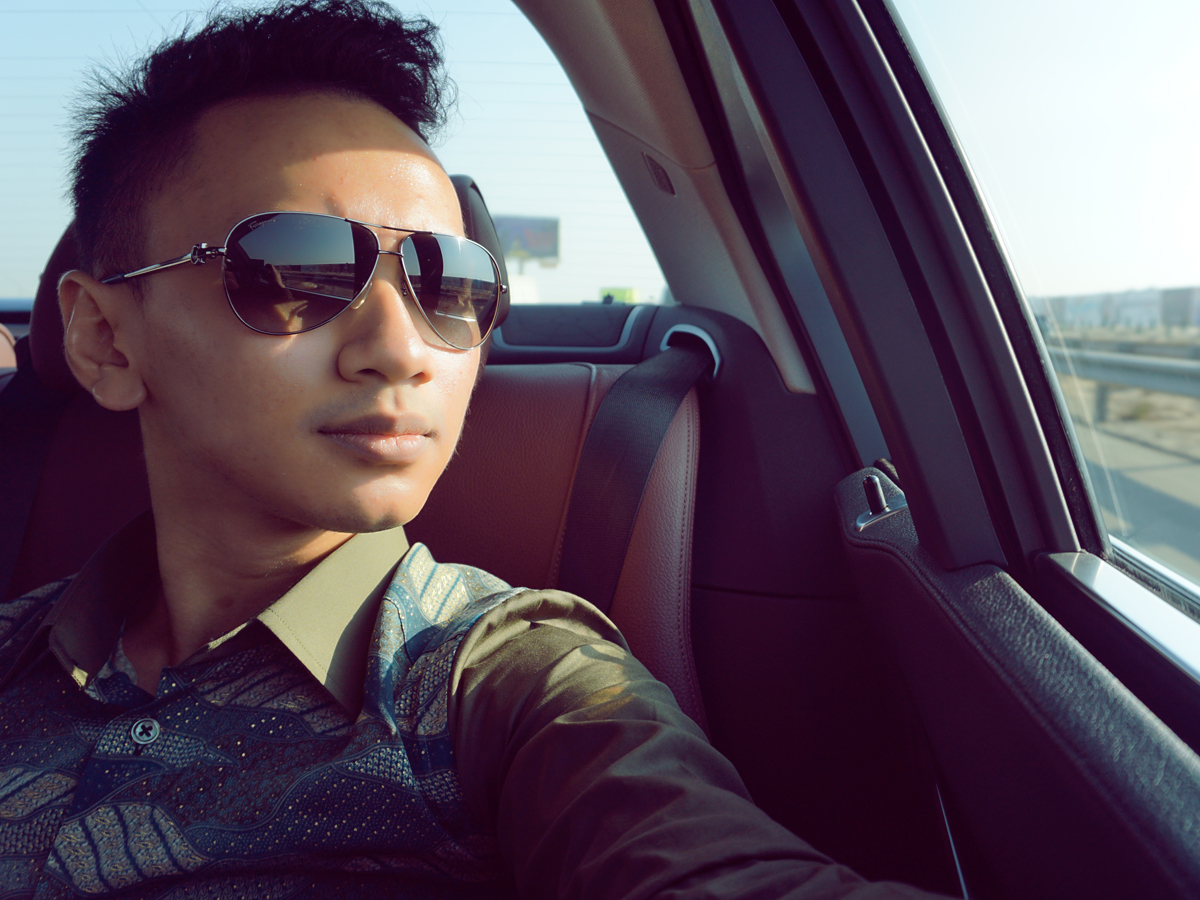 The trip from Dubai to Abu Dhabi was not as long as I thought it would be. From most people that I have heard of and most travel books I have read, I was told it would take about 2 hours to get there. Fortunately for me, it took me not more than 1.5 hours. I don't think my driver was speeding but it's hard to tell in such smooth car.

He even promised that we would reach less than 2 hours and I really thought he was going to speed but no, he didn't! 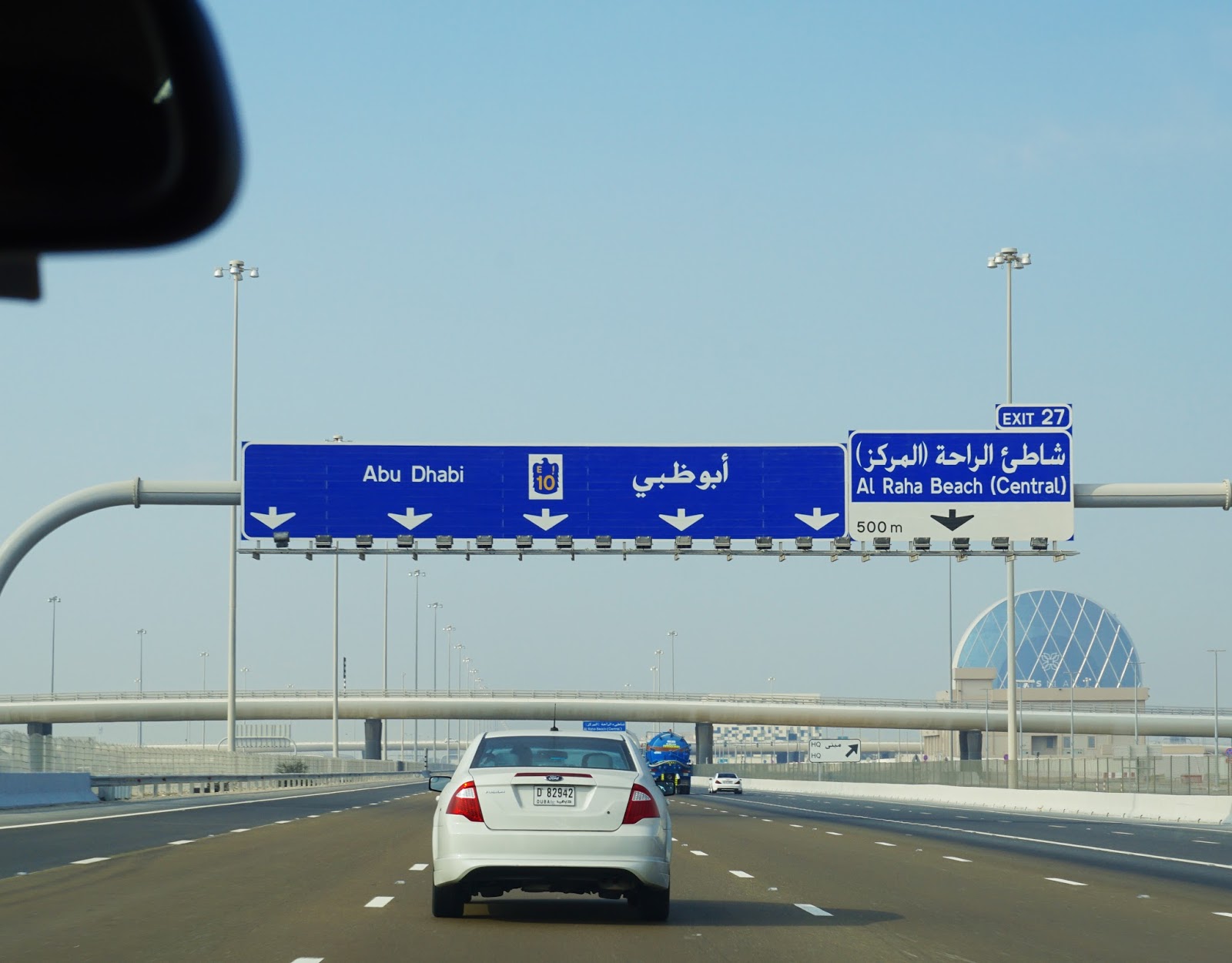 The distance between these two neighboring cities is actually less than 150km. So for those who're saying it takes about 2 hours, they were probably stuck in a traffic jam. Or were they lying?

Entering Abu Dhabi is a whole new world because the population there is so small, it almost felt like no one was in town. Besides, with the capital not getting much fanfare as compared to Dubai, I was actually grateful that this town is quiet. It's almost hard to believe that you have a country with a lot of money yet very little population. Your Royal Highness, please keep it that way! 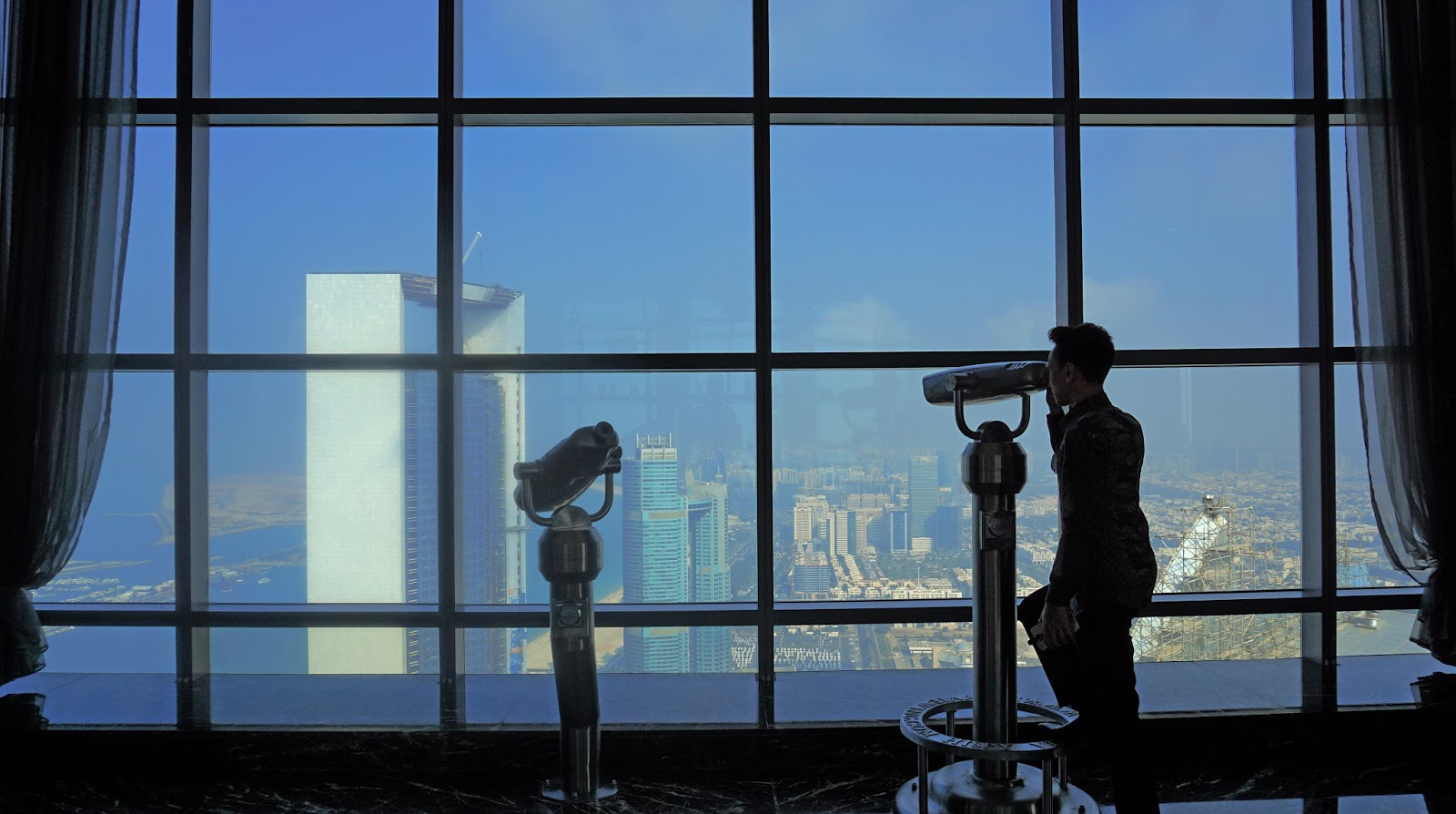 Upon reaching, we checked in our hotel to freshen up, there's so much to talk about the beautiful hotel I stayed in but first, let me grab something to eat! We explored around town and had our high tea at one of the best places in town - Observation Deck at 300, at Jumeirah hotel. 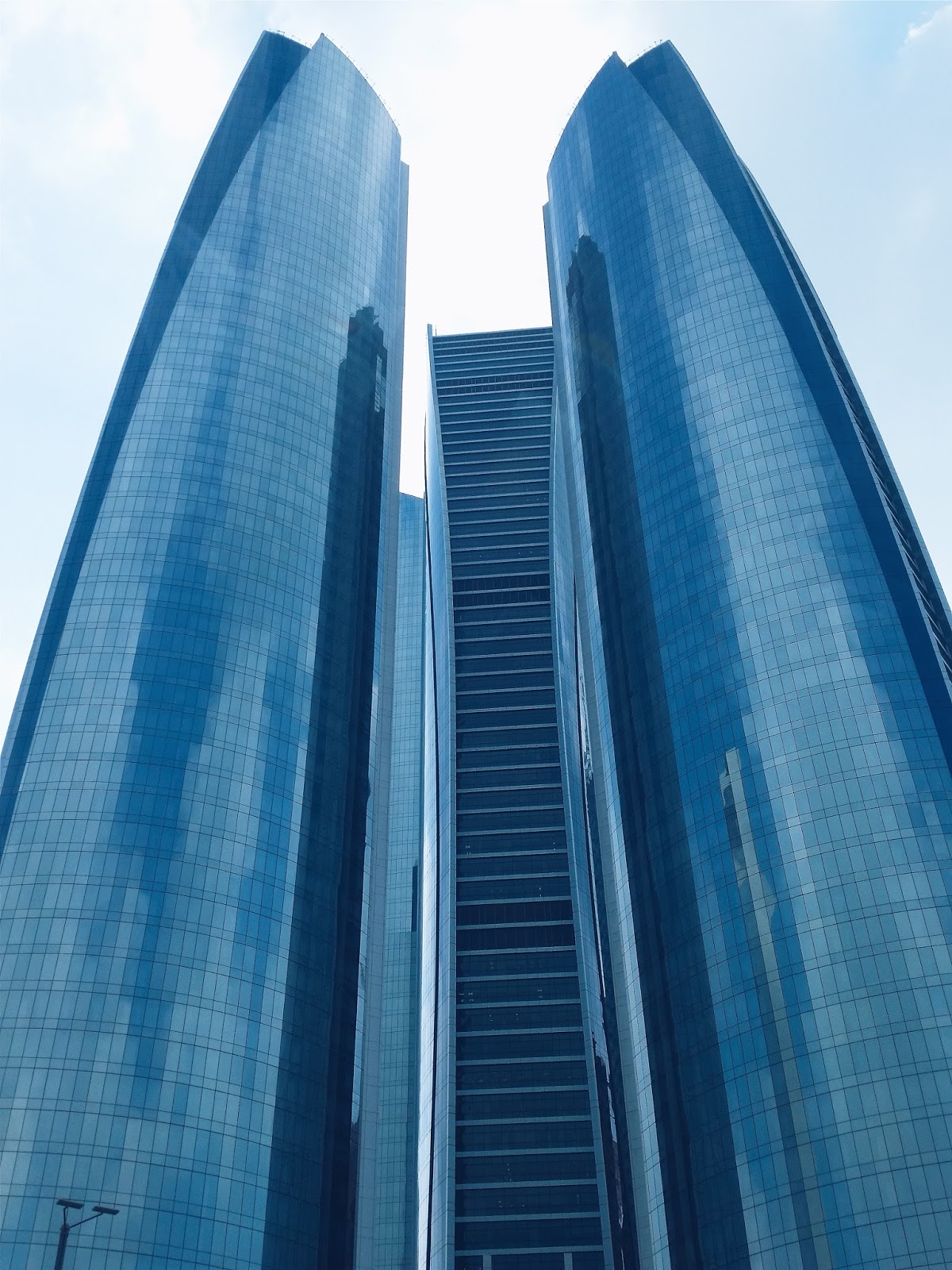 Once we arrived at Etihad towers, we were brought up to level 74 of Jumeirah hotel where the Observation Deck at 300 is. That was tad higher than what I am used to at Marina Bay Sands. So there were some family having their high tea and we were so honoured to be given a tour of Abu Dhabi from the top of the hotel. So much convenience!

I personally stylize it as ObDeck 300 because the name is just too mouthful. I can't possibly say the full name with my mouth full of their delicious pastries! Rising 300m above the ground, ObDeck 300 is the best place to enjoy the city vista and indulge in savoury light bites! 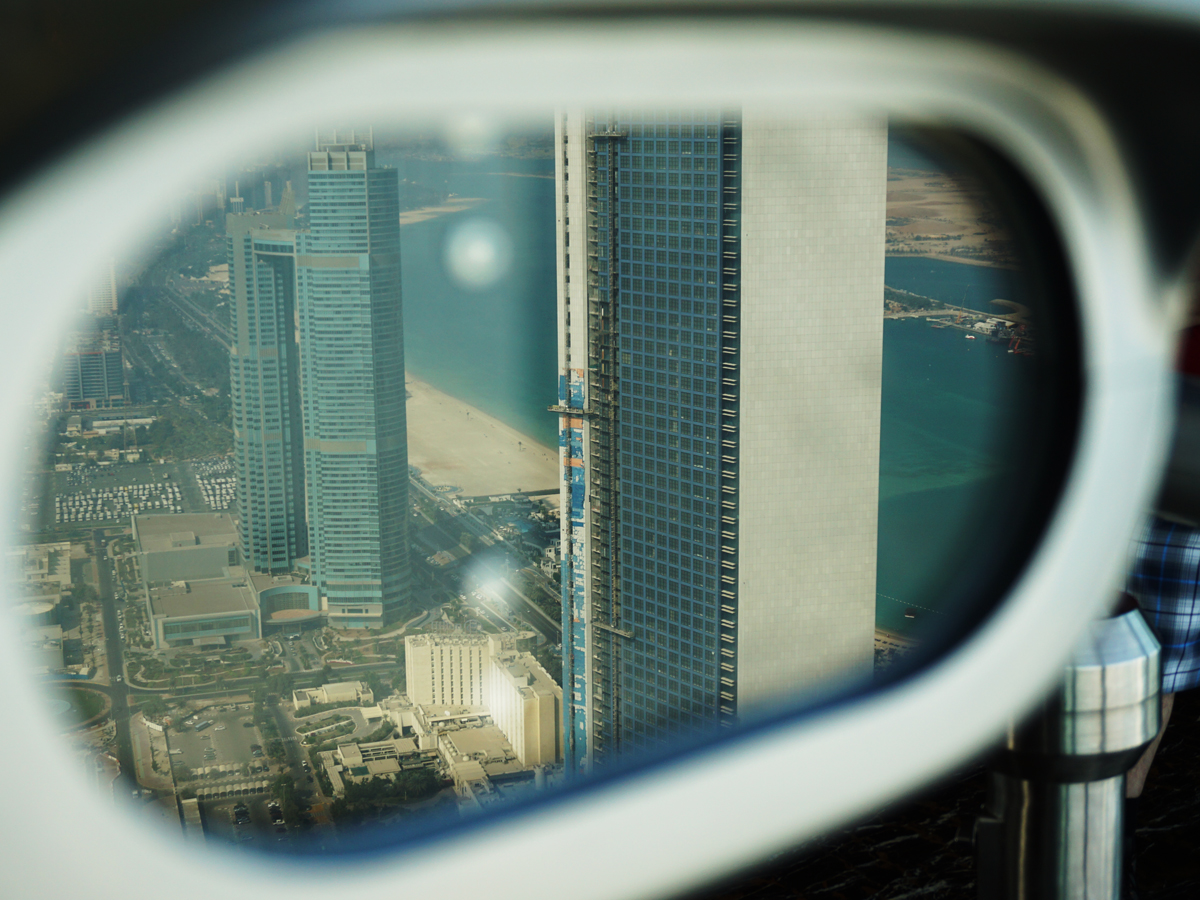 I also personally find saying ObDeck 300 sexier than having to say it in full. I just can't imagine telling my friends over lunch -

"Oh, we had high tea at Ob-ser-va-tion Deck at three-hun-dred." I'd probably rain out everything that's in my mouth!

However you are going to say it, it's hard to miss this observation deck - high end place for high tea. I mean, look at the stunning view across the city and Arabian Gulf! Nowhere within Jumeirah hotel, or even Abu Dhabi, you get to enjoy such refinement at a higher point. Mind you, this was taken from just one side of the observation deck.

From the observation deck too you get to see the most luxurious hotel in town; The Emirates Palace. If you guys are really going to spend some time admiring all these architectural wonders, I'd strongly suggest doing it from the top here because you'll probably spend your entire day looking up at all these tall and wonderfully structured building. So much so, you're going to start getting neck ache.

That's when Jumeirah hotel starts calling your room offering you packages from their Talise spa.

I may be kidding, but trust me on the neck ache. You're going to need Salonpas! 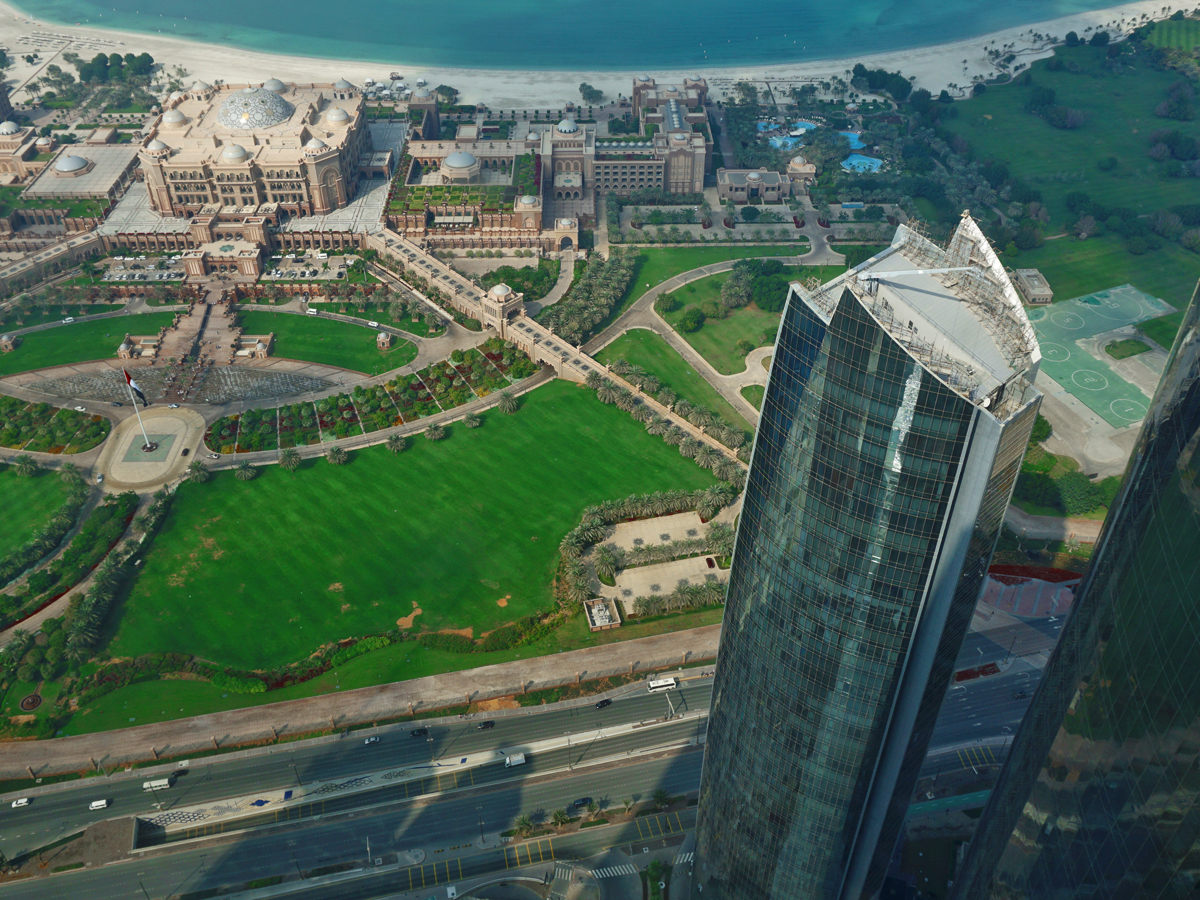 ObDeck 300 has all round panoramic views from Etihad Towers complex, with its uninterrupted bird’s-eye perspective of the city’s skyline, the Corniche and Arabian Gulf, it's easier to tell after the orientation where is where. I have never felt so grateful being able to look down because looking up this beautiful Etihad towers was spraining my neck. Sometimes, being immersed in all these gets too distracting I do not know if I can ever walk straight there. So I really need to sit quietly and enjoy the sight. Haha!

Anyway, one of the many reasons we had our high tea there was not only because of the scenic view and our bodily pain, its café offers a wide range of mocktails, as well as desserts and salads. ObDeck 300 probably needs no introduction because it is popular amongst locals too! 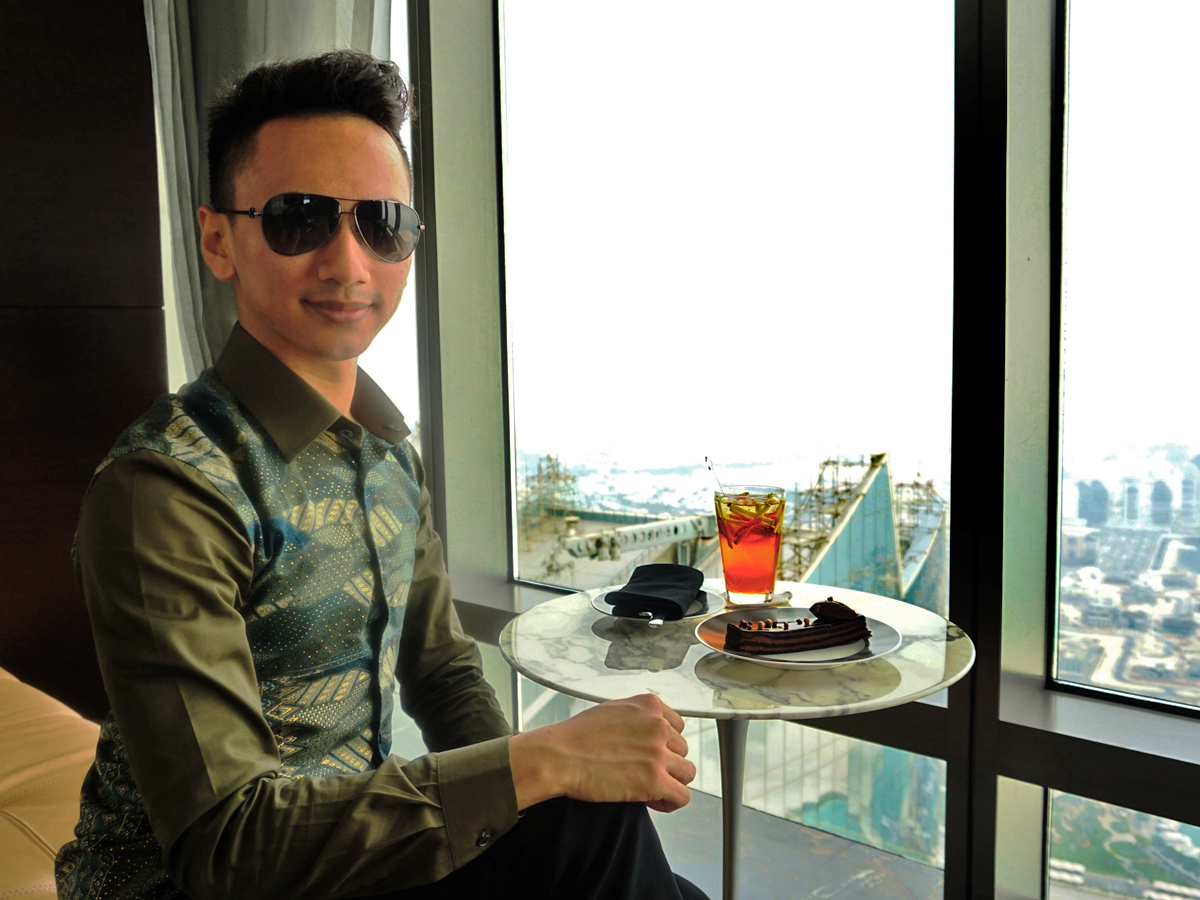 With stunning sights like this, the ObDeck 300 serves the city’s highest high tea service with its high tea at the highest tower concept, offering TWG Tea Grand Crus Prestige exclusive blends such as Silver Moon Tea, Brothers Club Tea and White House Tea. ObDeck 300 also serves its own signature mocktail: the Etihad Sparkler - it's a tasty thirst quencher with berries in it!

The maître d' and waitresses were nice too! Their service definitely goes beyond their call of duty. 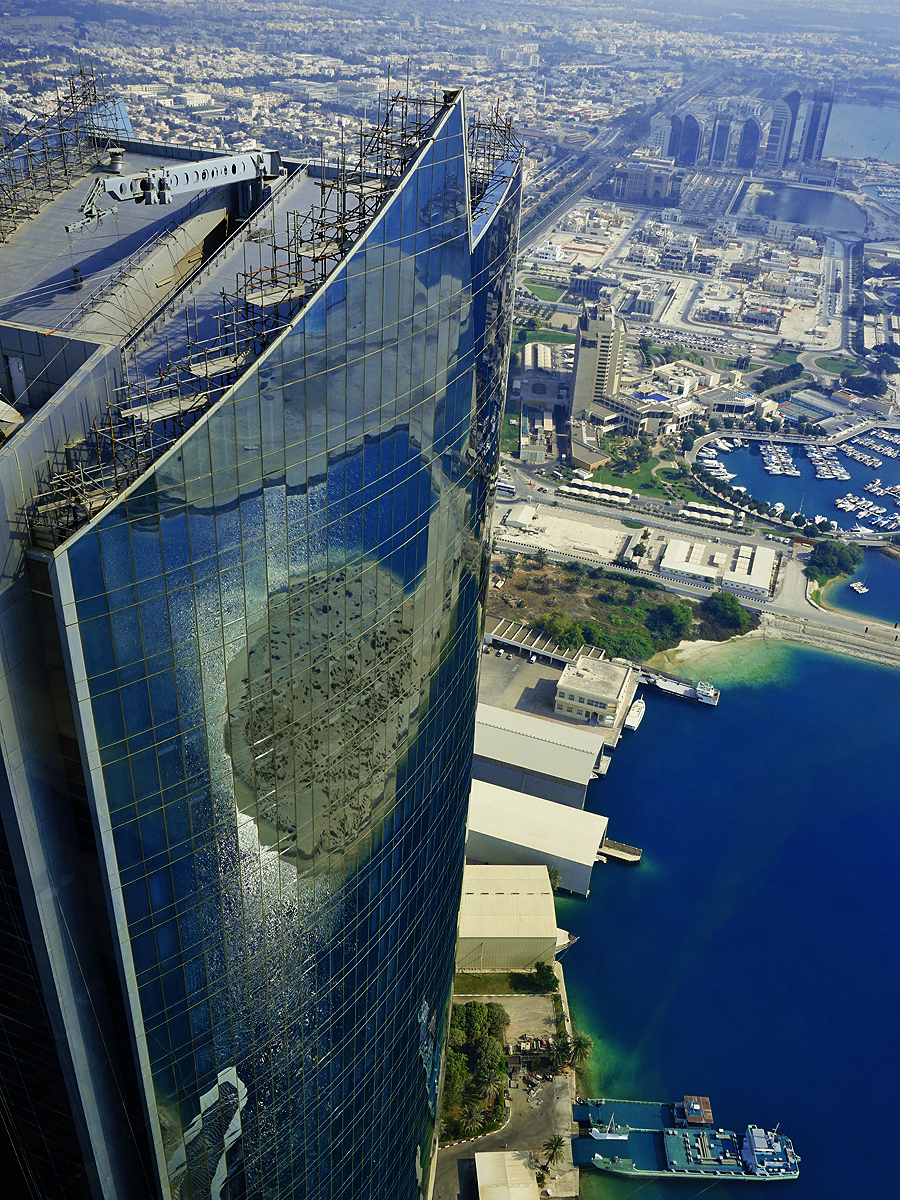 We were seated by the full length window facing this beautiful view of the city and blue waters and as you are higher from the ground and with views that literally has no obstruction, it is normal that you will be glared by the bright sky. The waitress asked me if I was glared by the sun. Of course I was, duh! What kind of question is that... Since she asked, I asked if she could draw the blinds.

Poof! She went off.

And then she came back;

With. A. Remote. Control.

How amazing was that! You're given the remote control just to adjust the blind at your own discretion! I'm sure most of you would understand how it must have felt! All you have to do is to compare how does it feel to have to turn on the television with and without a remote control!

By the way, you also might want to know that this place is available for private events.