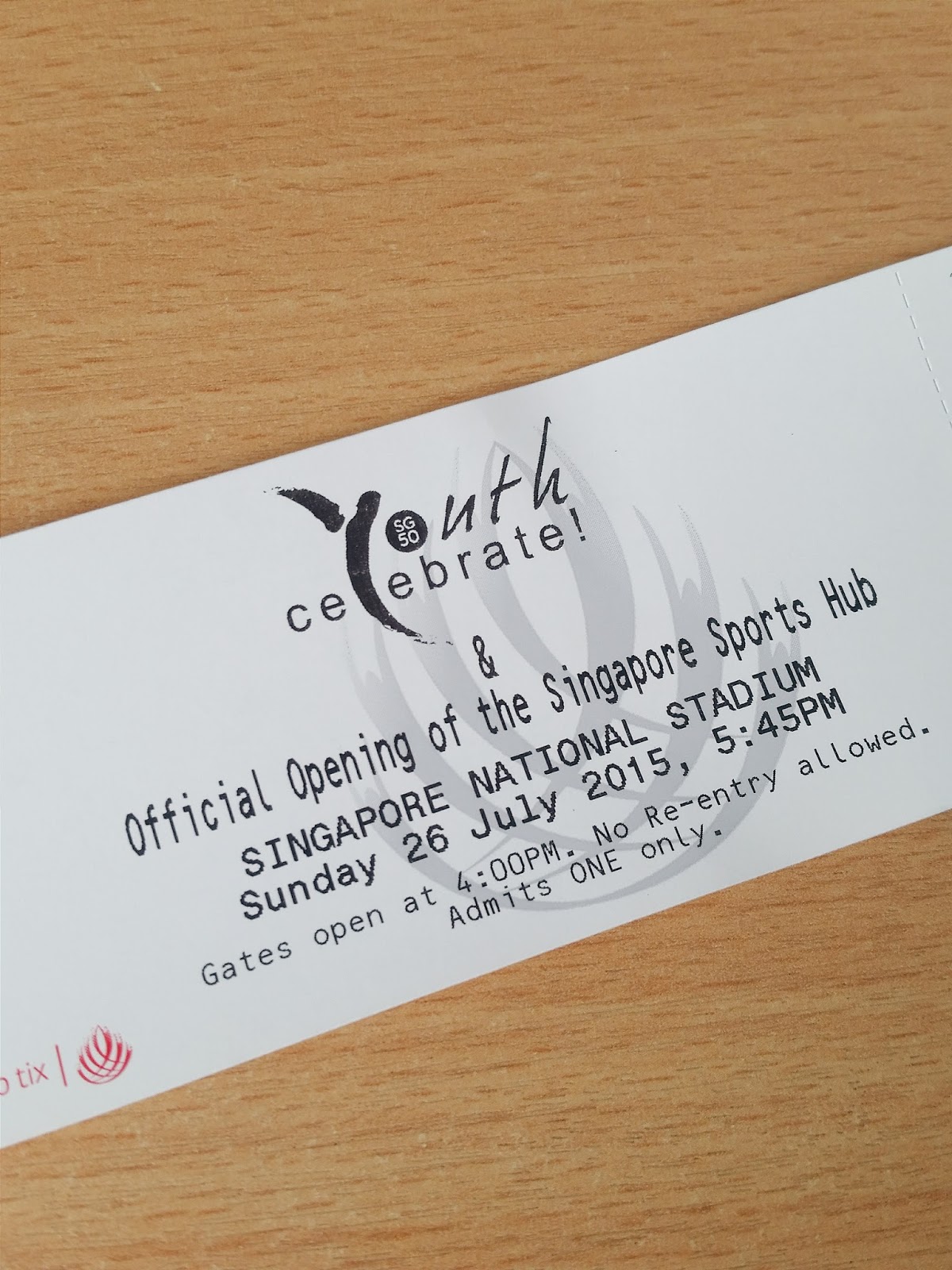 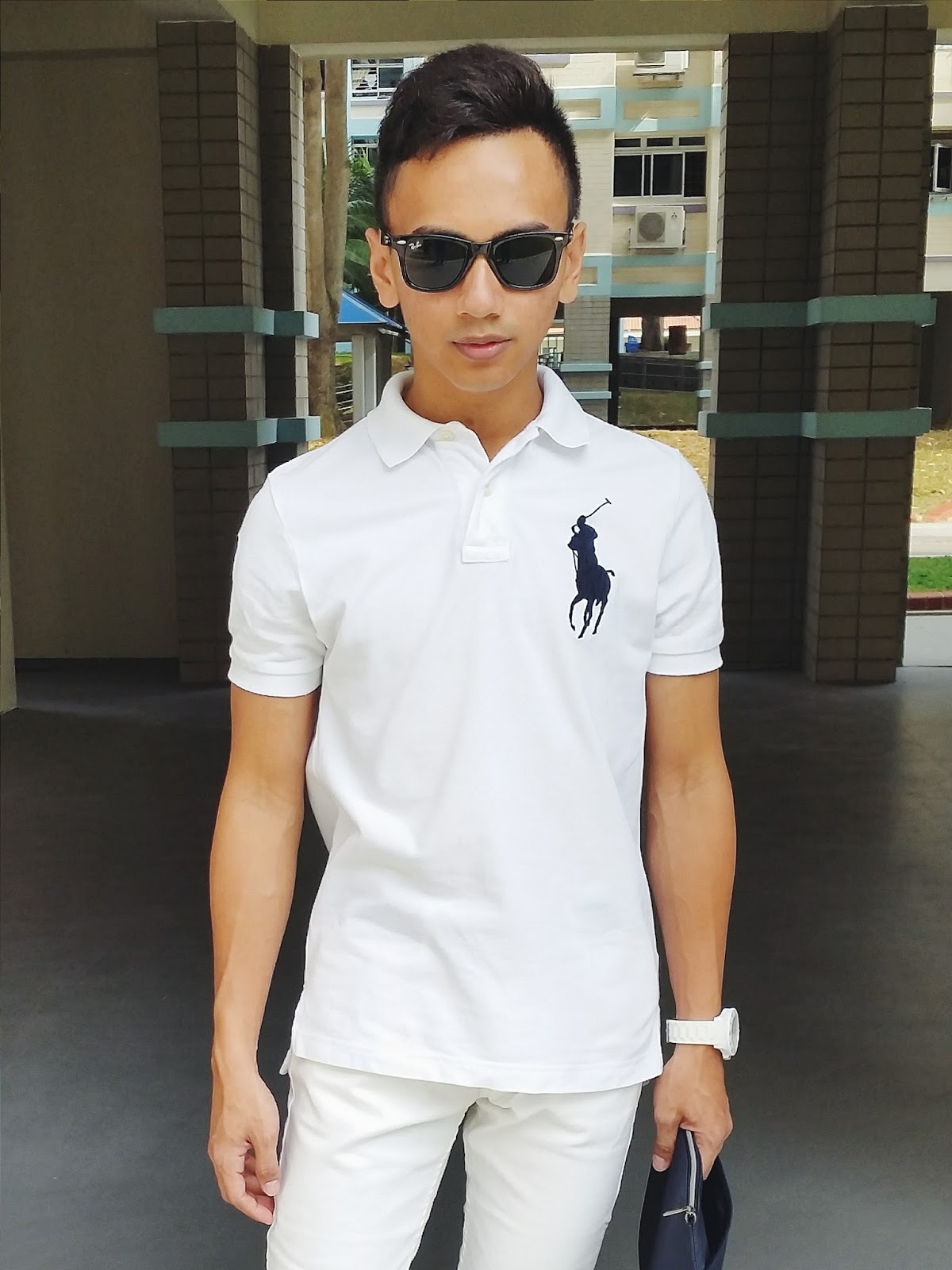 This visionary project is one of the largest sporting infrastructure projects in the world today. It is built to deliver a sustainable, differentiated and competitive advantage for Singapore. 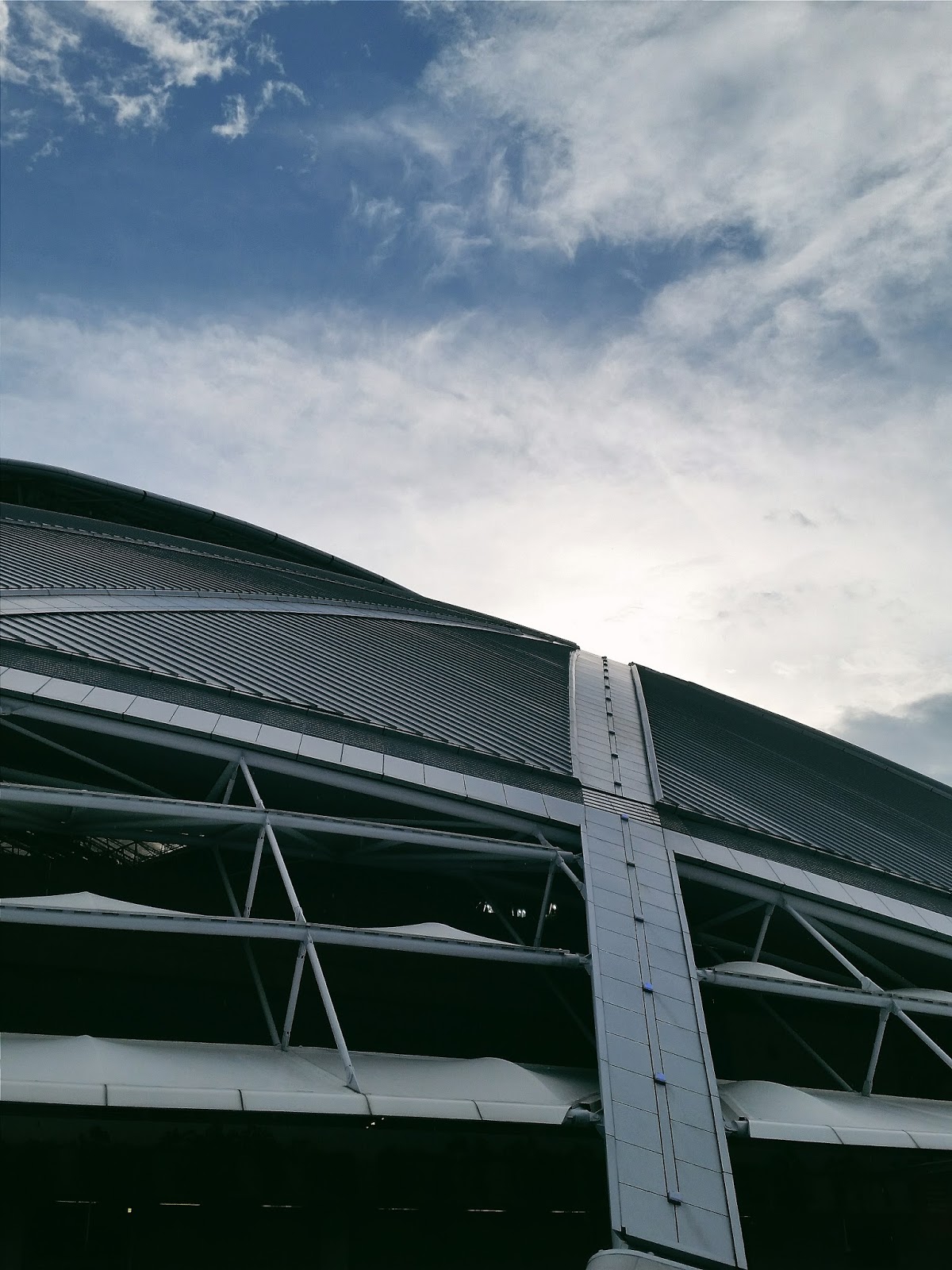 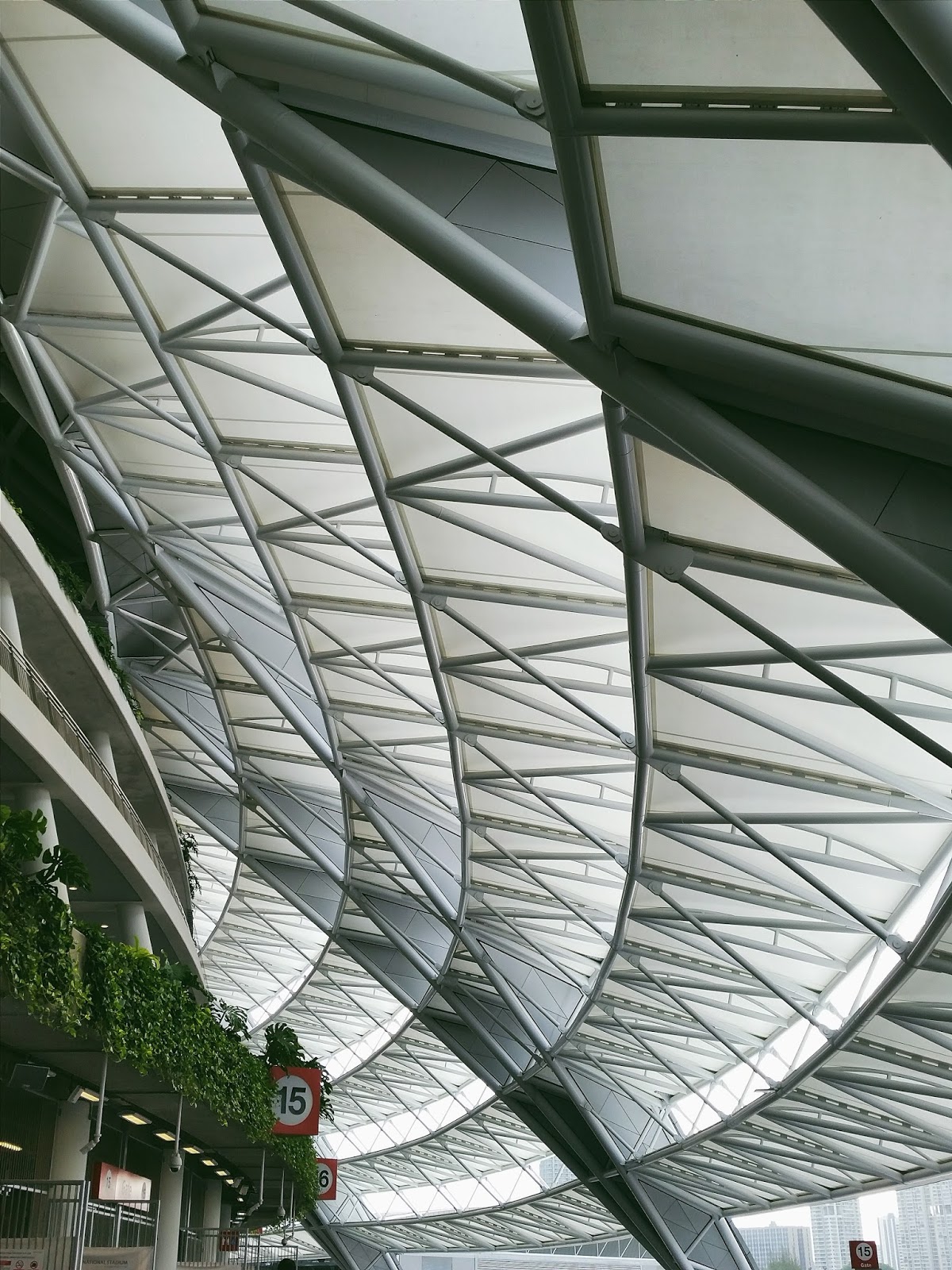 The extensive campus at Singapore Sports Hub is a place for the elite to the novice – where all Singaporeans can experience sports and entertainment in a community that celebrates diversity and inclusion. Something for everyone! 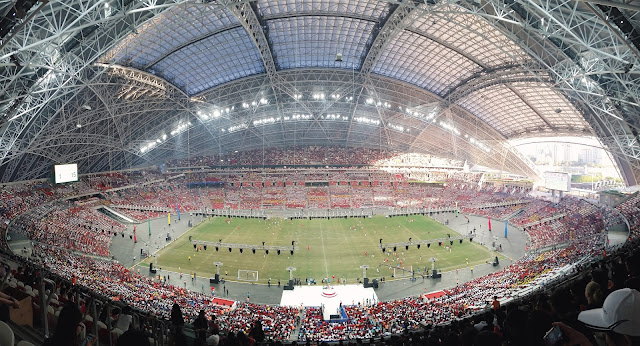 A lot of things happened at the grand opening of Singapore Sports Hub! It was a closed-roof event where most invited were students from schools nationwide. Their energetic enthusiasm which some of us can't keep up anymore made the atmosphere more exciting! 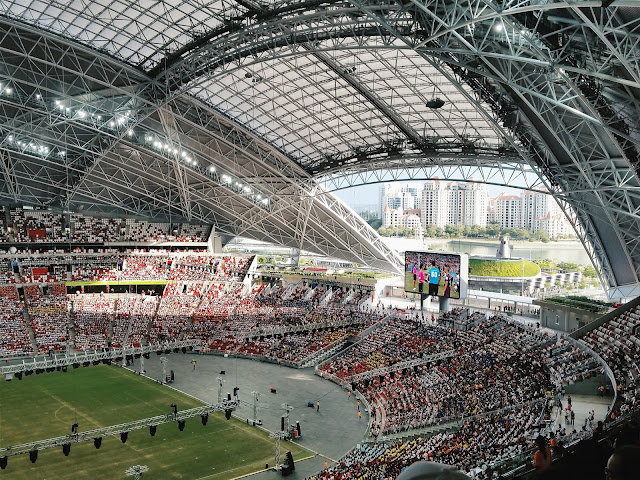 On the same day prior to the event, about 500 students created new records by forming the largest floating Singapore flag by wearing red and white floats at the OCBC Aquatic Centre. Subsequently they created a new Singapore record of 7,505 laps swum in an hour, doubling the previous record of 3,772 laps.

That’s two record in a day! See, I was not kidding when I said they're very energetic!

Later that evening, the Prime Minister came as the Guest of Honor to officiate the event by sealing a time capsule containing 50 items symbolic to the notable contributors. One of them is a running shoe by athlete sprinter Shanti – which I hope it was well aired, ridded of odour and moist. Let’s hope the capsule will not be all mouldy when it reopens in 2040. Otherwise everyone will be pointing fingers to middle aged Shanti, by then she’d be 43. I'm sure her expression would be priceless, but I'm only kidding!

The declaration of its official opening was celebrated by a neon display of pyrotechnics that befits the covered stadium. I have to admit, I hate the stadium's acoustic. Can’t hear nuts with all the feedback going on from the speakers coming from the field. Let’s hope something can be done for a better acoustic! 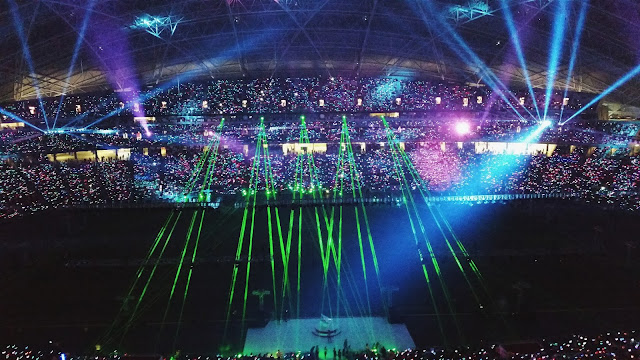 The grand opening displayed prismatic spectral lights that dance to the beat of the music as more than 50,000, near-capacity crowd cheered on performances comprising martial arts moves, frisbee game and flying displays and some 4,100 students manifested the confidence of seasoned performers with their rousing choreographed movements. The opening also celebrates Youth Celebrate! a Youth Day celebration organised in partnership with the Ministry of Education (MOE). 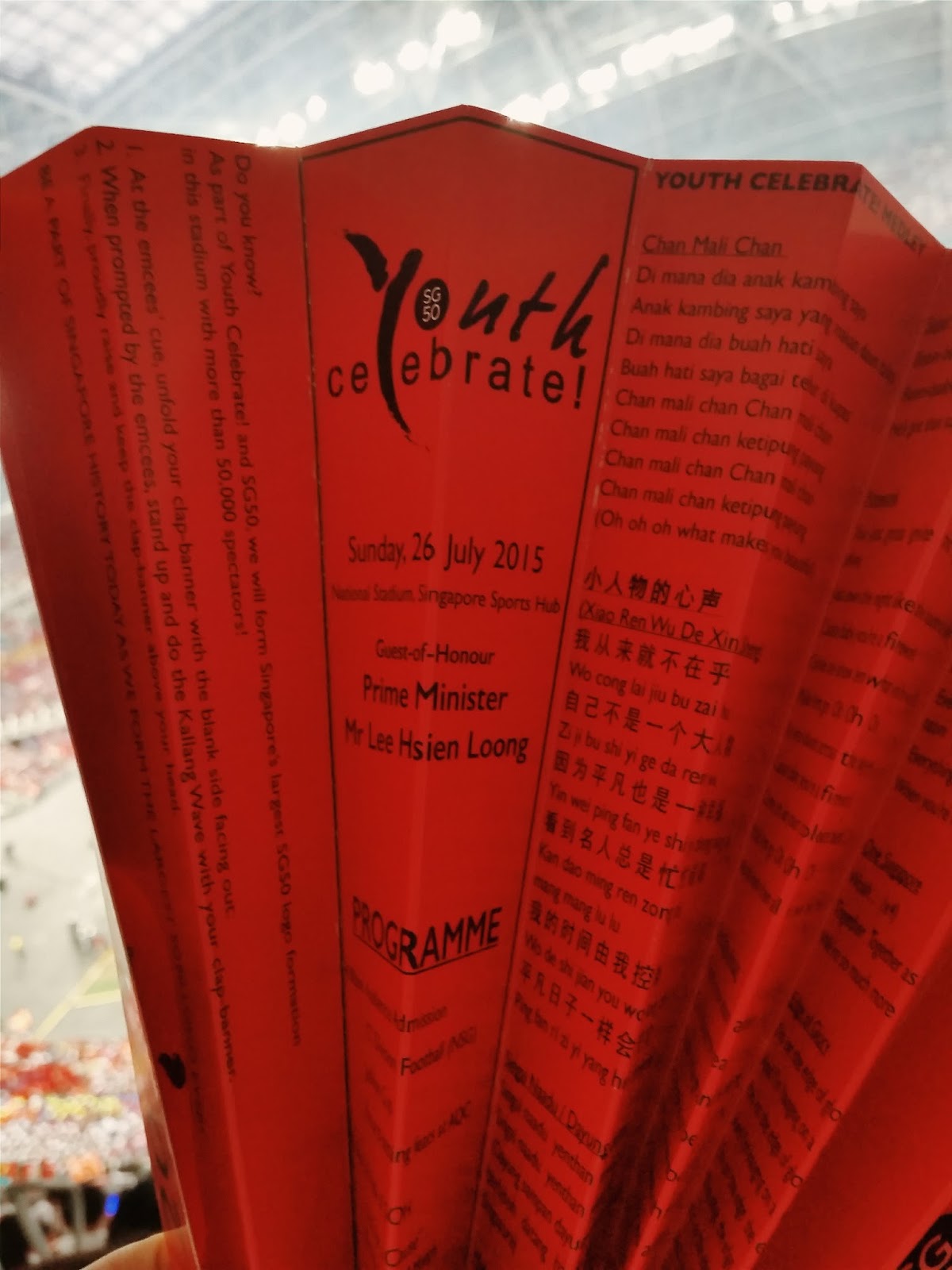 The grand opening has shown us the capabilities of our National Stadium as an architecture that has allowed for a natural order of crowd control. I also like the fact that it has been engineered for a seamless air change to keep the stadium well ventilated and comfortable! 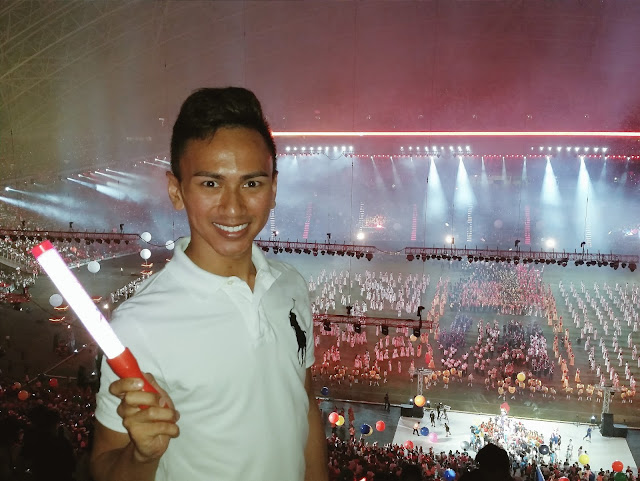 Enjoy the interesting video below to find out more on the making of the largest free spanning dome on our National Stadium. Really proud for Singapore to have an integrated well-made sports hub with our nation’s name! Hopefully our new monument have fond memories always!