I am very excited as we are in the midst of the last quarter of the 2015 with so many exciting festivals, events and celebrations coming up! There are days when I am not feeling my best and what motivates me each time is to see my calendar and look forward to the exciting activities coming up from now till December!

For a start, it would be the 26th Singapore International Film Festival! It is no secret I have been a loyal supporter since before its return!

Following a highly successful return of the Singapore International Film Festival (SGIFF) last year, the 26th edition of SGIFF is set to provide festival goers like myself with an insight into the region’s stories and the art of filmmaking through more than 150 film screenings and public programmes. 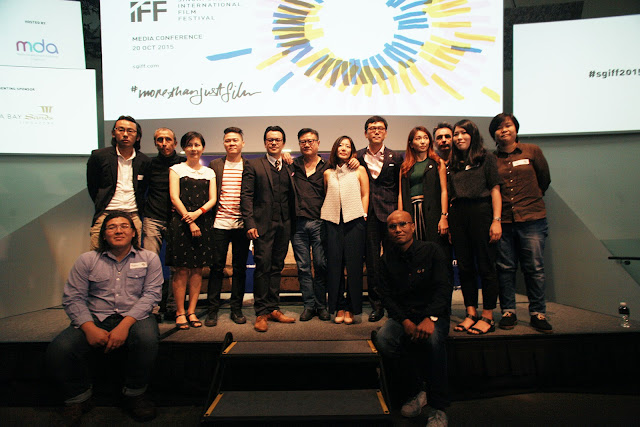 As the longest-running international film platform of Southeast Asia, SGIFF thrives as a gathering of the region’s independent filmmaking talents to showcase their works to Asia and beyond. It is also a platform for them to engage in conversations and ultimately contribute to the growth of this industry. This year, SGIFF will present 146 feature and short films from 51 countries, across 11 sections – Opening, Special Presentation, Silver Screen Awards, Singapore Panorama, Asian Vision, Cinema Today, Spotlight on Mexican Cinema, Imagine, Classics, Between Visible and Invisible: Alternative Vision of Chinese Independent Documentary and Tribute to Mohsen Makhmalbaf – showcasing the region’s story in film.

This includes the international premiere of SGIFF’s opening film at Marina Bay Sands, Panay, which tells the life and predicaments faced by Taiwan’s indigenous communities on land rights; Thai filmmaker Apichatpong Weerasethakul’s Cemetery of Splendour, which juxtaposes Thailand’s violent past against quirky everyday activities seen through the eyes of an aging woman; and Singapore’s multi-disciplinary artist Ng Xi Jie’s world premiere of her first feature film, Singapore Minstrel, which offers a glimpse into the art of busking in the metropolitan city through featuring Roy Payamal, a stalwart of Singapore’s busking scene.

SGIFF will also cast a spotlight on Mexican cinema in its Cinema Today section, looking into the fast-changing perspectives of world cinema, which plays a part in influencing the art in Asia. Mexican cinema, in particular, has been on the world map with a steady slew of diverse productions each year, and a series of recent Oscar wins for directors such as Alfonso Cuarón and Alejandro González Iñárritu. Through a panel discussion and presentation of recent films by four emerging Mexican directors, the SGIFF will bring to Asia an insight into the brilliant aesthetics and talents brought forth by one of the most prolific film industries in Latin America.

Another special programme this year is the Between Visible and Invisible: Alternative Vision of Chinese Independent Documentary section, which gives depth to Asian cinema. These contemporary independent documentaries stem from the lineage of retaliation to state-controlled media guidelines in the late 1980s. Audiences will be able to observe how these underground filmmakers confront reality with a bare and direct observational style, and through the voice of the minorities, provide alternative and microcosmic views of China to the world. 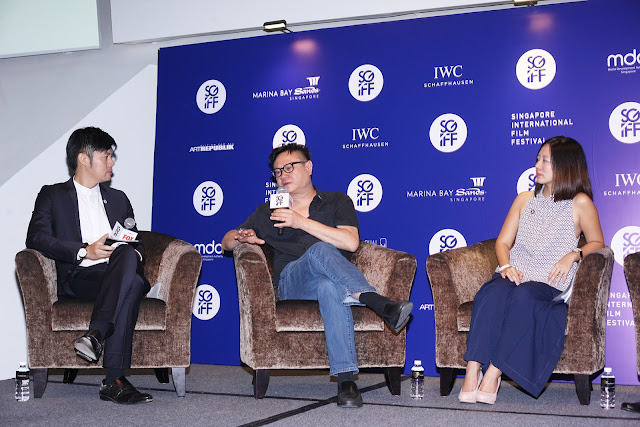 Staying true to its mission, SGIFF will continue to connect industry players and festival goers, facilitate conversations on filmmaking and foster greater appreciation towards independent cinema. Last year, SGIFF launched new initiatives, Southeast Asian Film Lab, Youth Jury & Critics Programme and introduced the Southeast Asian Short Film category in its Silver Screen Awards to forecast and nurture the next generation of film community. This year, SGIFF will introduce a new Audience Choice Award in recognition of the growing desire by festival goers for greater involvement. Audiences can now vote for their favourite feature film from the various sections, including the Asian Feature Film Competition Films as part of Silver Screen Awards. The winning Audience Choice film will be announced during the Silver Screen Awards, to be held at Marina Bay Sands on 5 December 2015, and re-screened together with the Best Asian Film on the last day of the Festival, replacing the closing film.

In addition, SGIFF will continue to provide festival goers with the opportunity to learn first-hand from the directors-in-attendance and guest filmmakers such as Terence Chang, Apichatpong Weerasethakul and Mohsen Makhmalbaf as they share their experiences and insights at various masterclasses and talks.

Running from 26 November to 6 December 2015, the 26th edition of SGIFF will take place across various venues, including Marina Bay Sands, which returns this year as Presenting Sponsor. The other screening venues are National Museum of Singapore, Shaw Theatres Lido, National Gallery Singapore, The Arts House, The Projector and The Substation.

Ticketing information can be found here.

The Singapore International Film Festival (SGIFF) is the largest and longest-running film event in Singapore. Founded in 1987, the festival has become an iconic event in the Singapore arts calendar that is widely attended by international film critics, and recognised worldwide for its focus on Asian filmmakers and the promotion of Southeast Asian films. The SGIFF is committed to nurturing and championing local and regional talents in the art of filmmaking. The festival serves as a catalyst in igniting public interest in the arts, and encouraging artistic dialogue and cultural exchanges. The SGIFF is organised by the Singapore International Film Festival Ltd, a non-profit organisation and holds the Institution of a Public Character (IPC) status.