What Is Not Visible Is Not Invisible 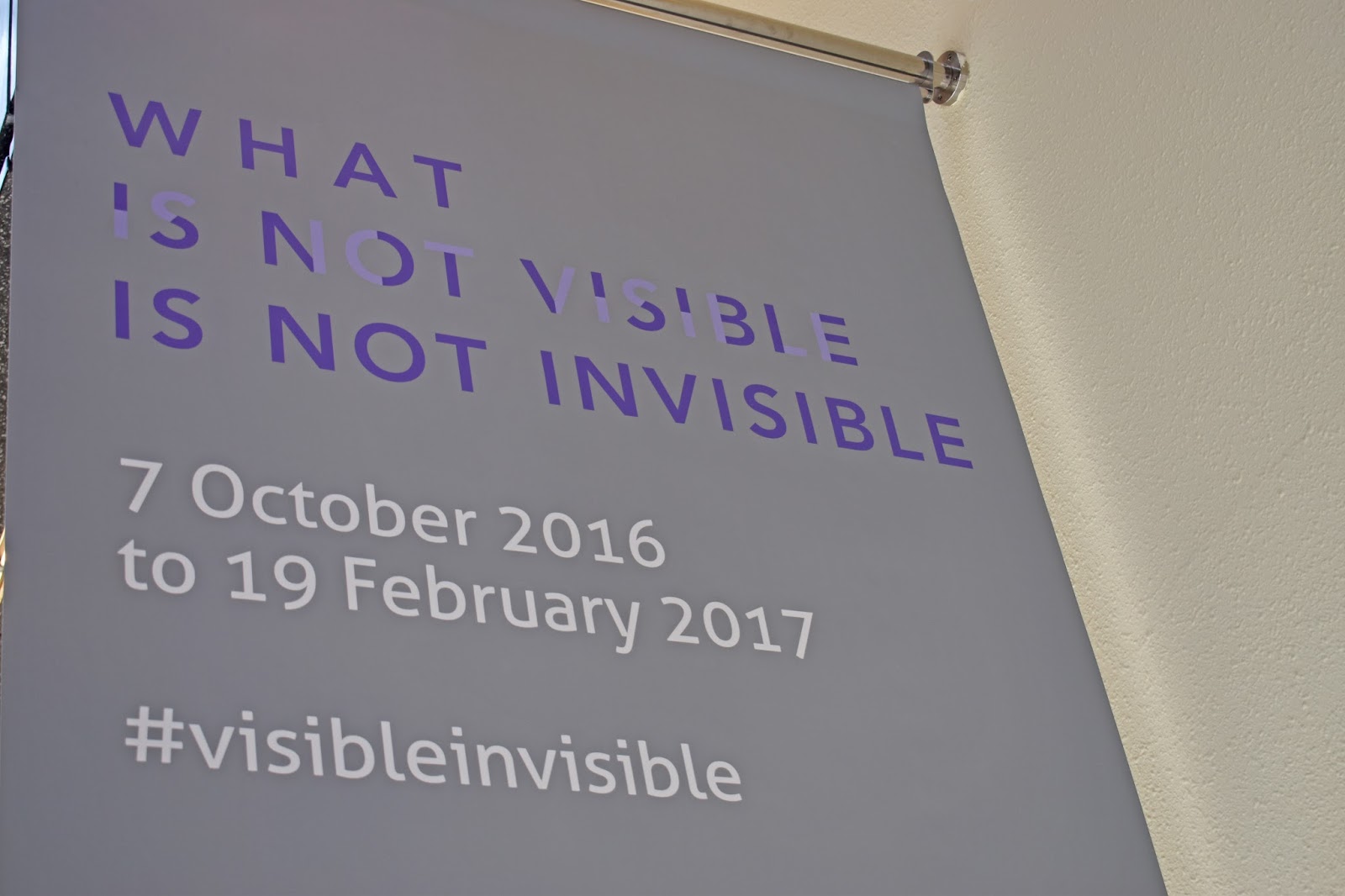 IMAGINE walking into the National Museum of Singapore and being confronted by outdoor environment such as a mound lush grass, or a beach inviting your for a tan? How about unexpectedly having artwork appear in front and around you, or actually being part of the final puzzle piece to an installation? These are among the experiences you will encounter at What Is Visible Is Not Invisible - Featuring selected artworks from the French Regional Collections of Contemporary Art (FRAC), the latest contemporary art exhibition at the National Museum of Singapore, and a parallel project of the Singapore Biennale 2016! 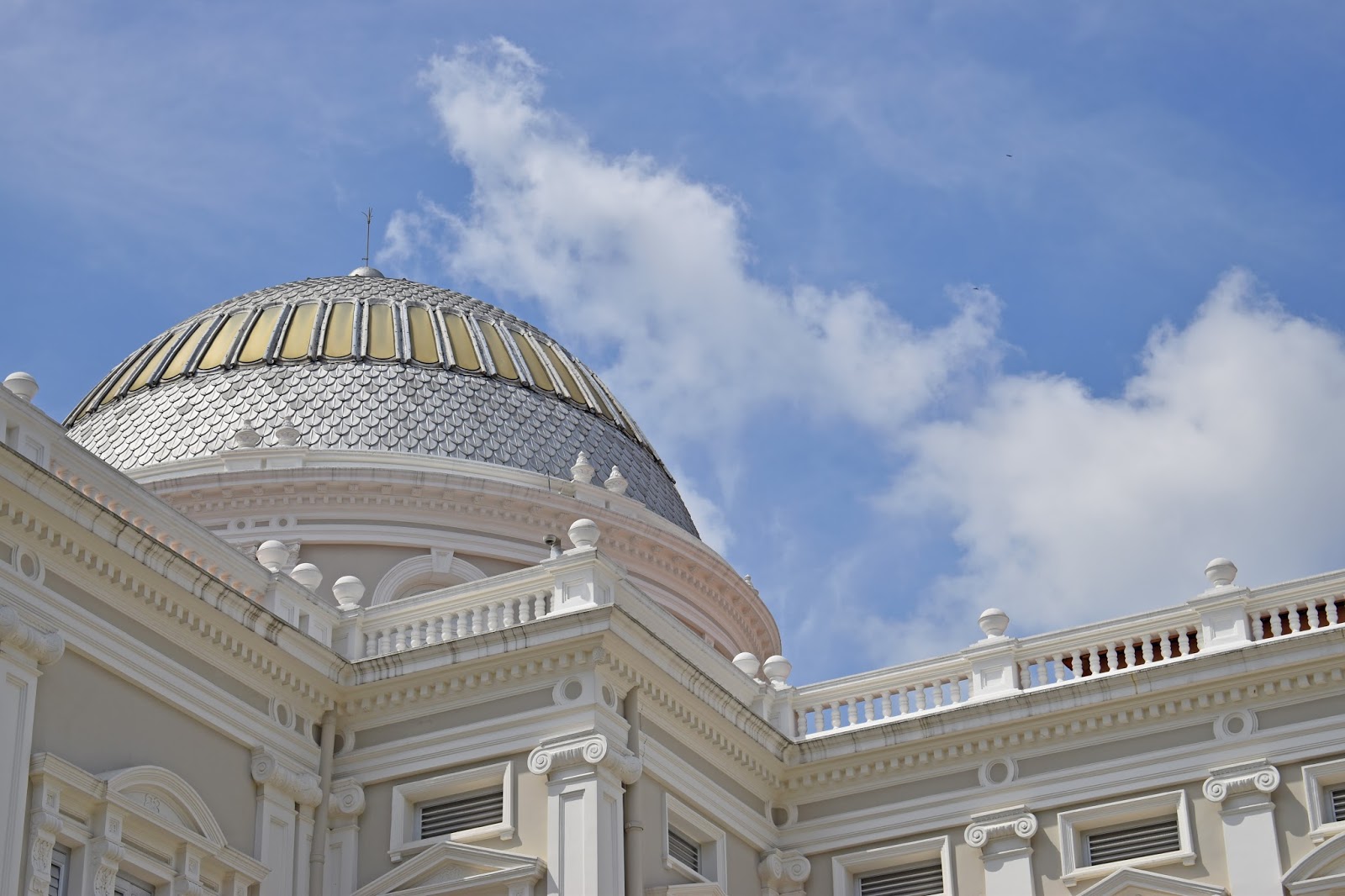 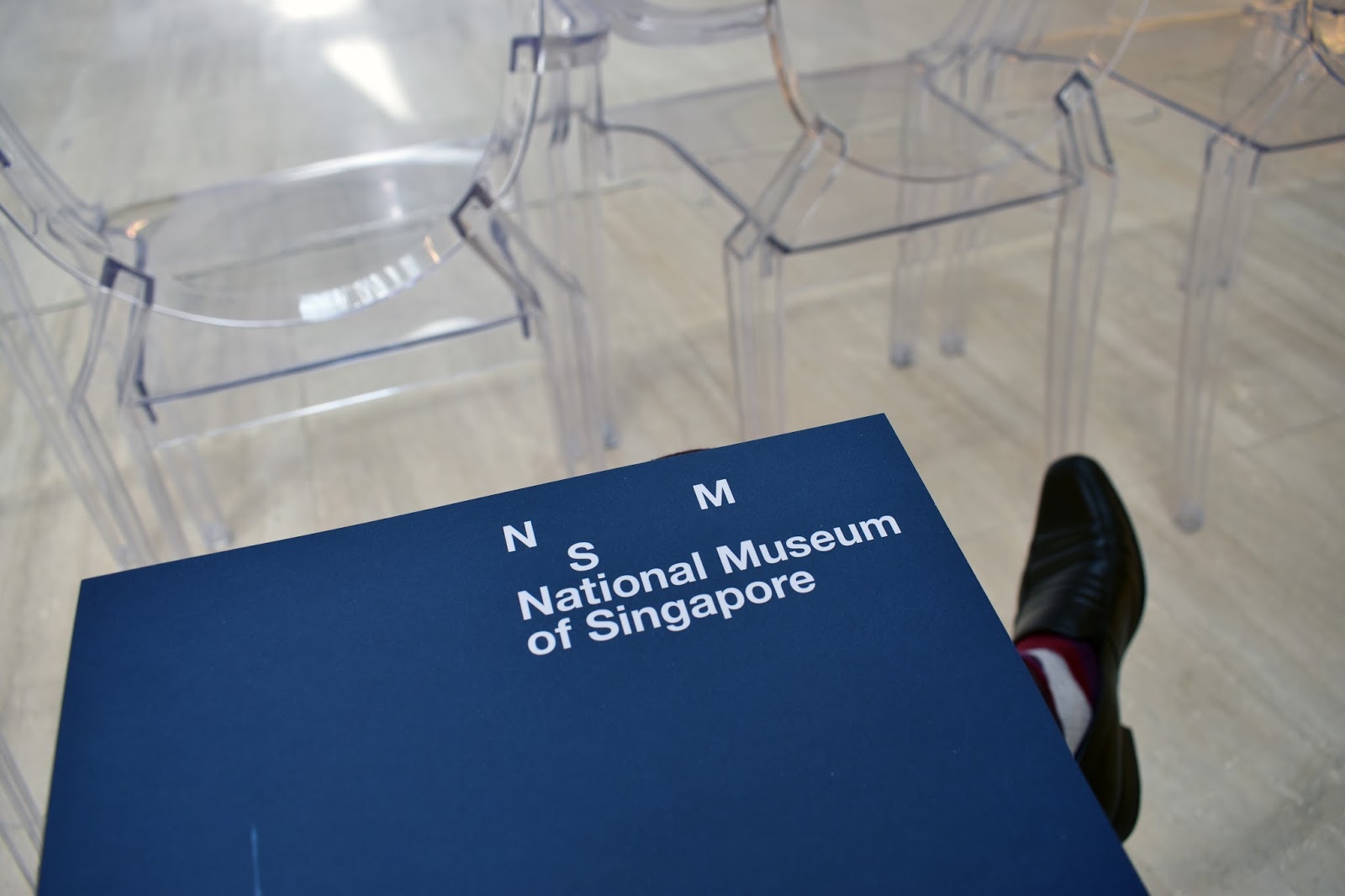 What Is not Visible Is not Invisible presents over 30 artworks by French and international artists from FRAC, one of the most important public collection of contemporary art founded in 1982, and anchored by 23 institutions across all the regions in France. The show is curated in collaboration with Platform, the network of FRACs, and marks the first time that this selection of the collected is being presented in Asia Pacific.

The exhibition broadly surveys the imaginary and the temporary, and takes you on an experiential and progressive journey of the mind and sense through the artworks specially selected from FRAC's collection of 26,000 works. Through the use of unconventional approaches in art making, the exhibition of multi-media installation invites new ways of perception and brings you into a new state of mind through personal interpretations of the presentations, its surrounding space, and context.

Its title and design of What is Not Visible is Not Invisible takes inspiration from the artwork of the same title by French artist Julien Discrit, which walks the line between physical and philosophical. At first glance, three infrared lightbulbs are strung from the ceiling in front of an unassuming blank wall. When triggered by the viewer's presence, the bulbs light up to reveal the ultraviolet text on the wall: "What is Not Visible is not Invisible". The work only appears when it is seen, highlighting that to express the invisible, you need to paradoxically have to make it visible.

The artworks in What is Not Visible is Not Invisible are curated to encourage interaction, and to leave room for personal interpretation. Many of the artworks call for you and the environment to play a key role in the artwork and its presentation.

Here are some of the amazing installations that we saw at the preview! 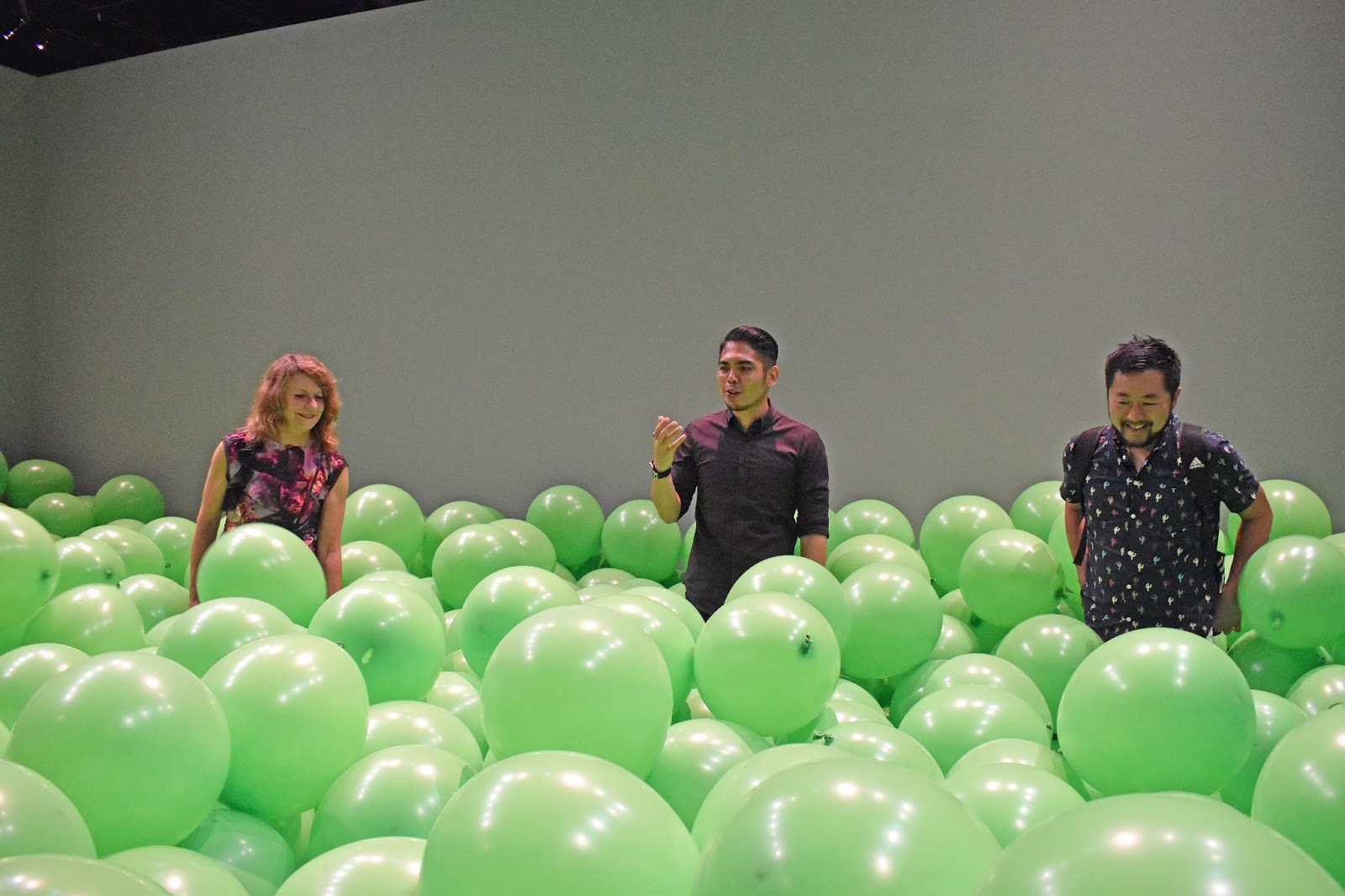 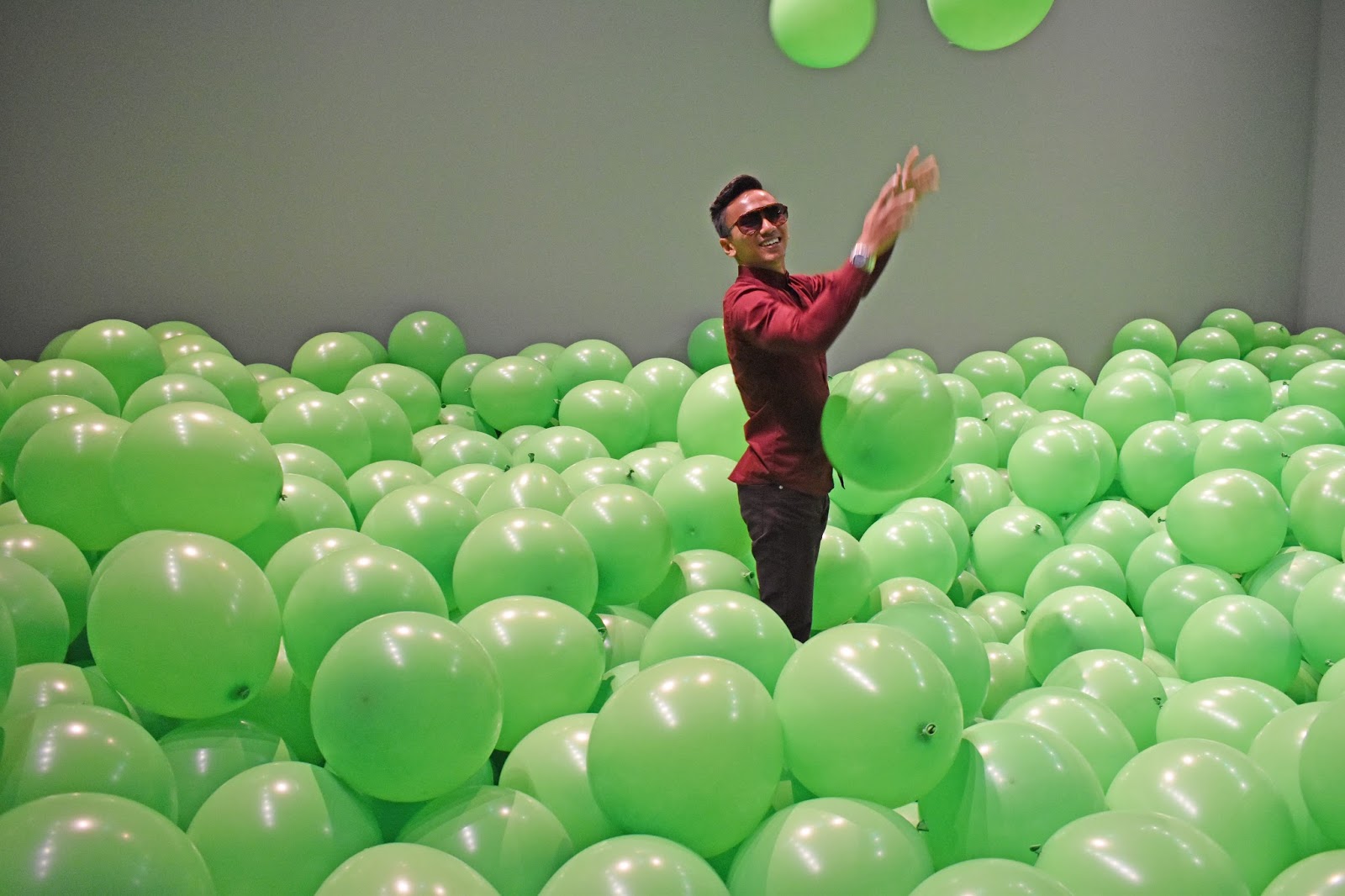 You will be presented the much-celebrated Work No. 262 by British multimedia artist Martin Creed, an installation that engages with the mind and senses as it invites visitors into a space of balloons, to contemplate and respond to the idea of the physical space. You will also will get to see other renowned artwork where FRAC is credited to be the starting platform of many established artists and presents many household artists in its collection such as Gilbert & George, Andy Warhol, and Subodh Gupta whose work will be presented at the National Museum of Singapore's rotunda as part of Singapore Biennale 2016. 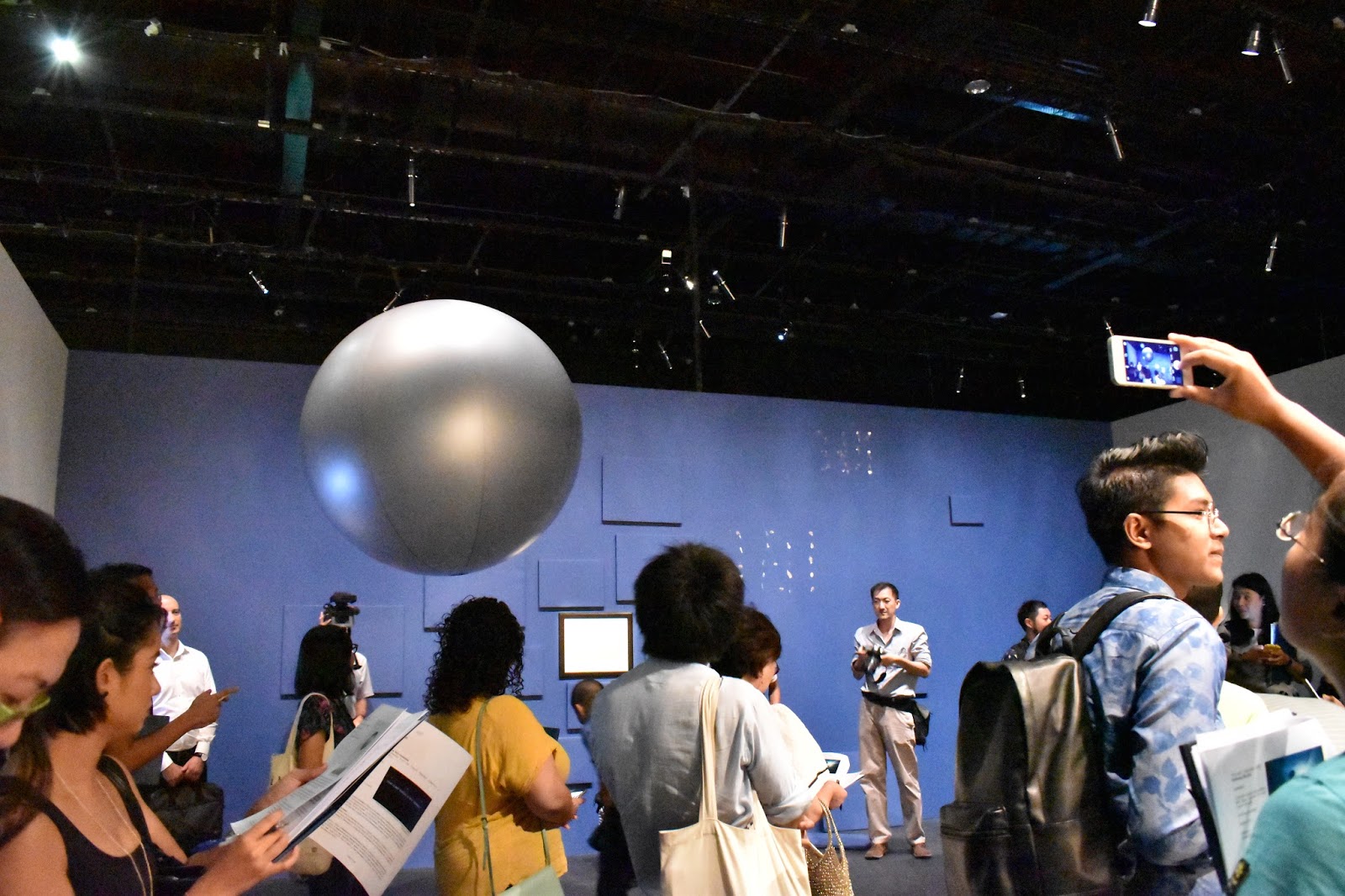 Major Tom translates Edith Dekyndt's fascination with the ephemeral and the boundaries of physical reality. The artwork is a large orb that appears visually heavy, but seems to defy gravity and floats freely within the space according to the varying atmospheric conditions - the air circulation, temperature, and your movement. During the course of its movement, the orb draws an imaginary route of a planet or a spacecraft in flight. 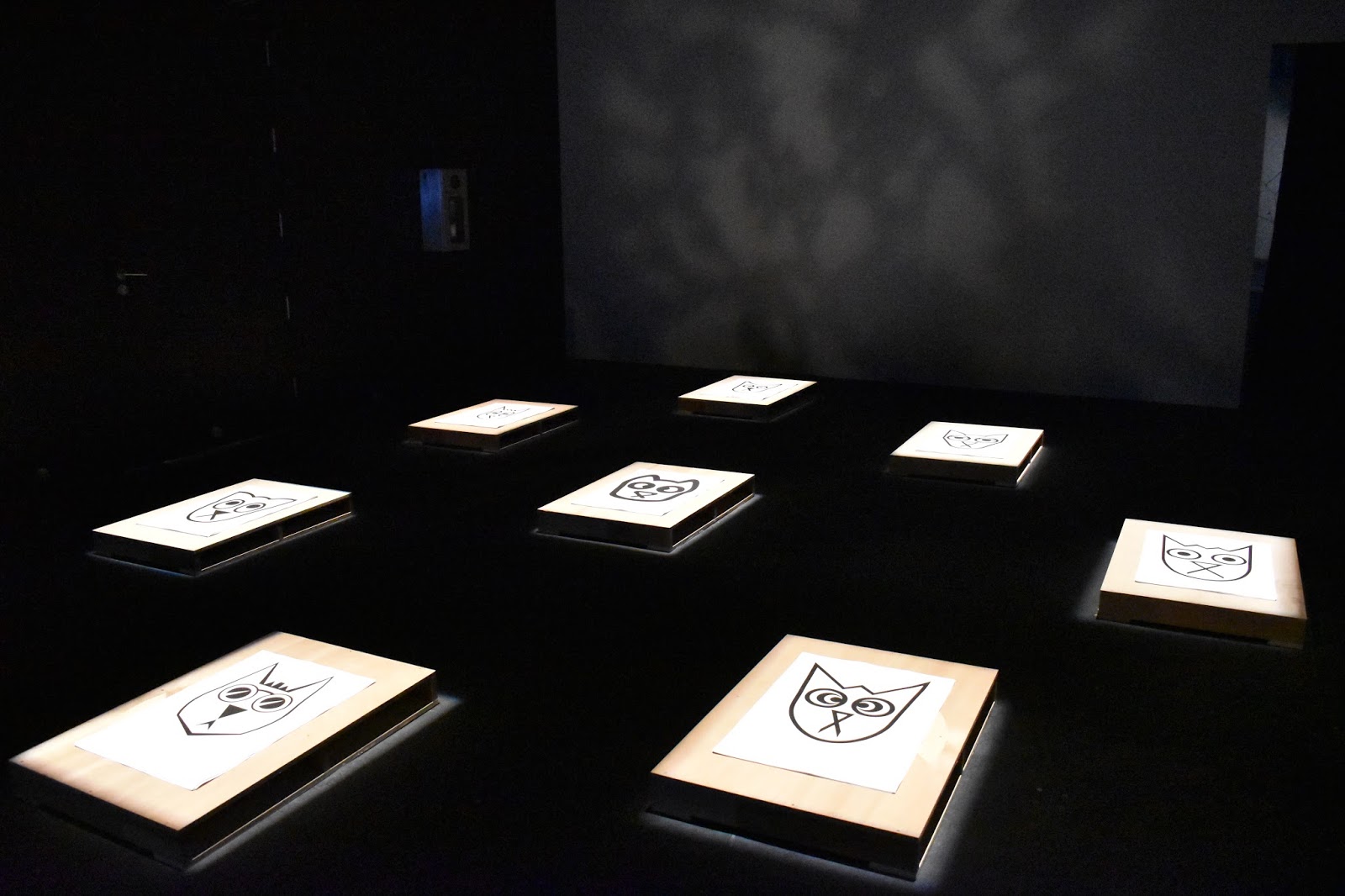 In Photomatou by Alain Séchas, 14 posters are created for your to bring home. These posters are adorned with his usual iconic sidekicks - cat motifs that are ever present in his quirky paintings, drawings and sculptures. According to the artist, every visitor will identify with one expression and bring back the poster which most resembles him or her. 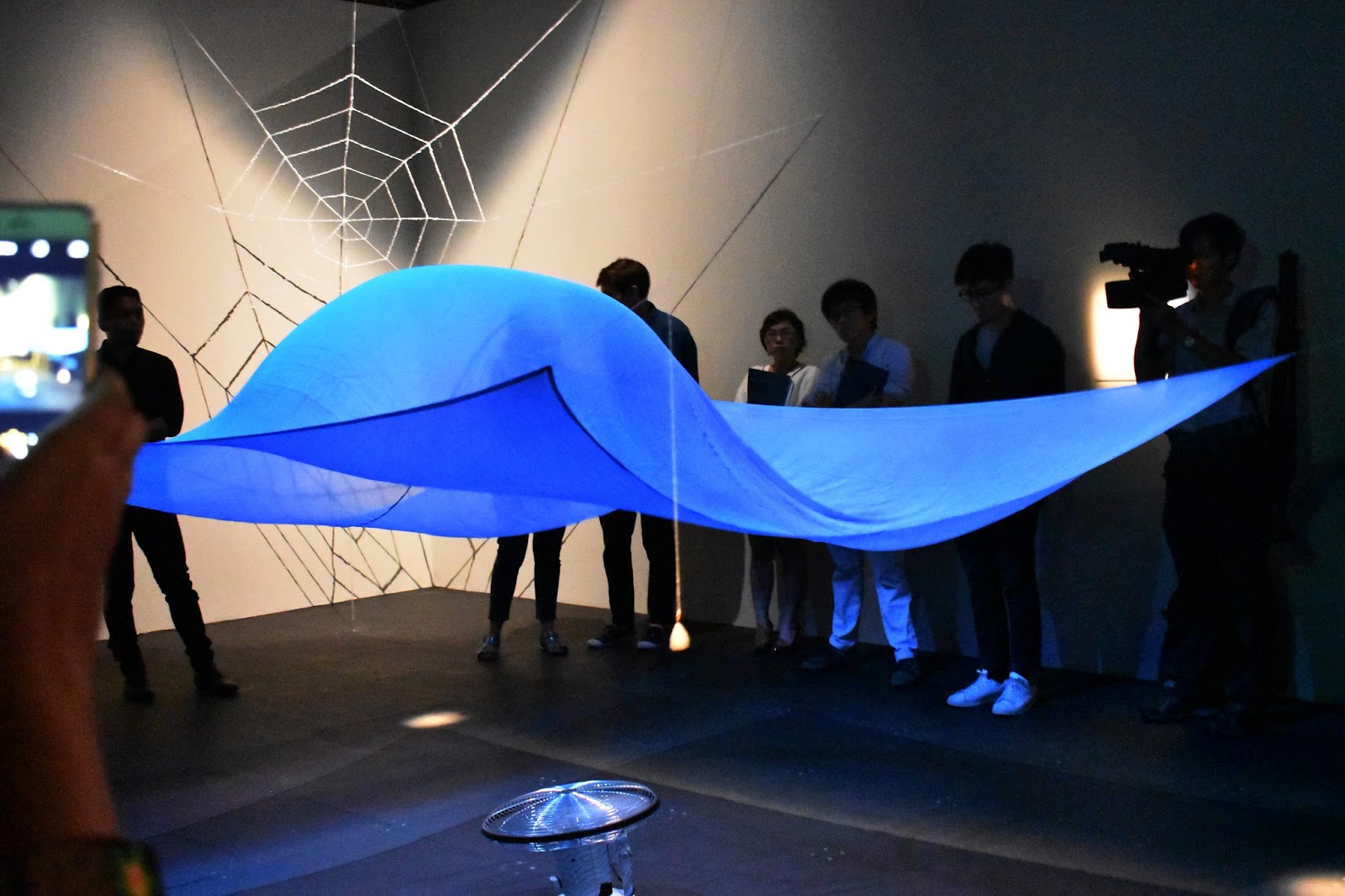 Feel the serenity of Blue Sail by Hans Haacke that presents a piece of chiffon seems floating in mid-air and sails from the winds of the oscillating fan placed below it. 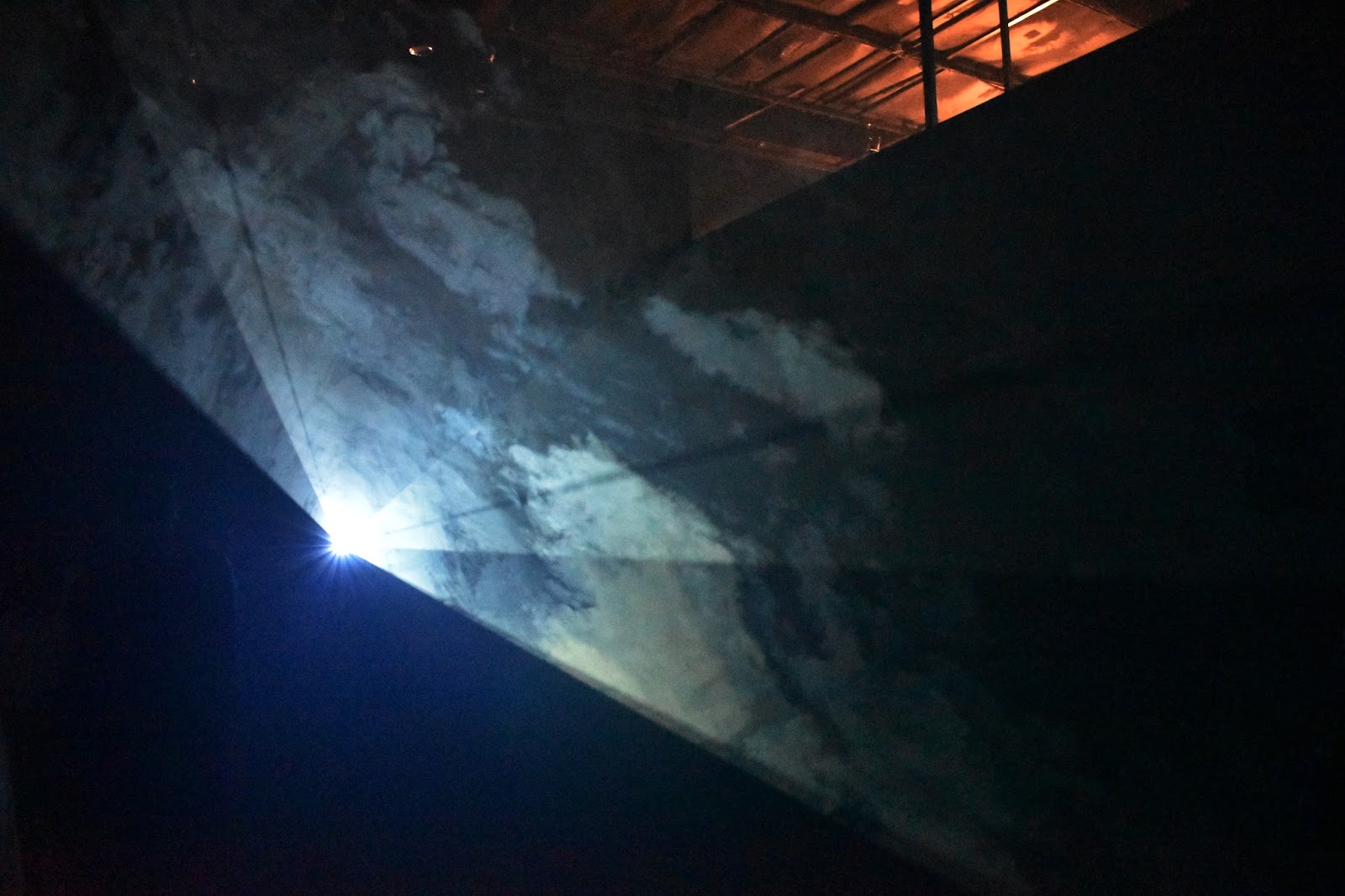 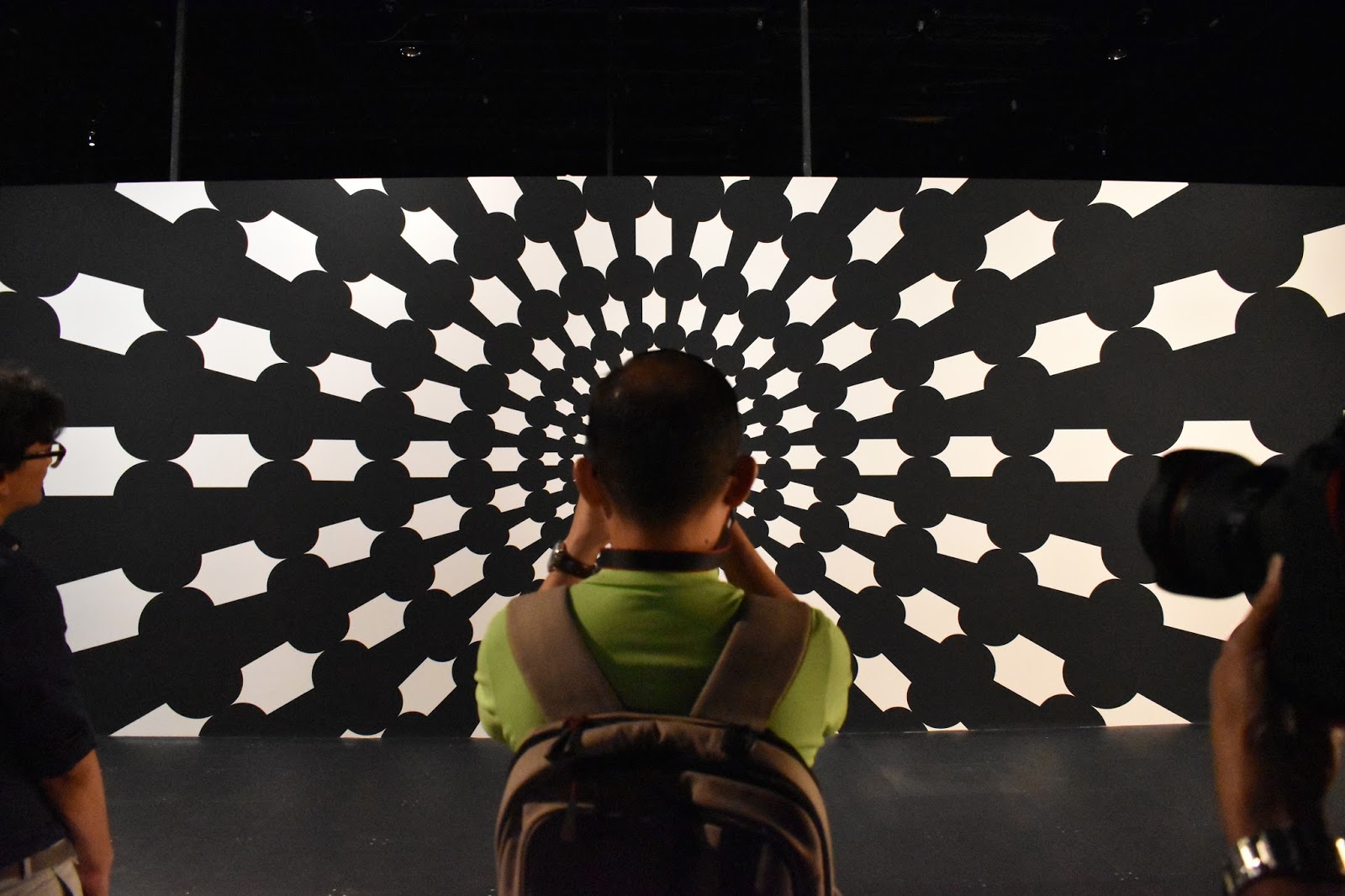 By awed by After DM mural that forms a grid of cuts that evoke the shadow of the Dream Machine's perforations, circular swirls and pulses of the strobe effect. 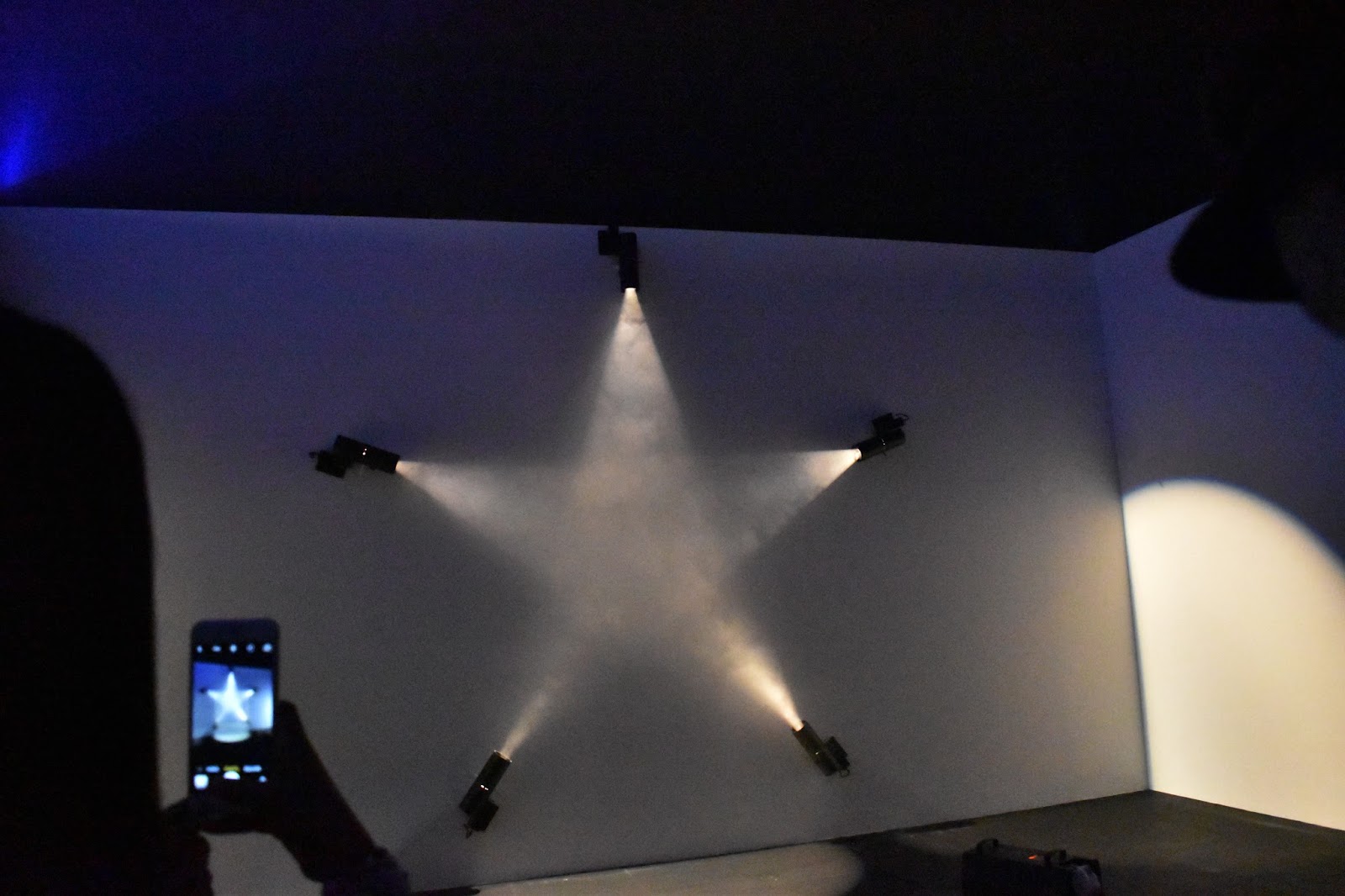 What is Not Visible Is Not Invisible will be on display starting tomorrow 7 October 2016 to 19 February 2017. The exhibition is open daily from 10am to 7pm, except Thursdays when it opens from 1pm to 7pm. Details on admission and guided tours are available on www.nationalmuseum.sg.

Great exhibition for you to pak thor! 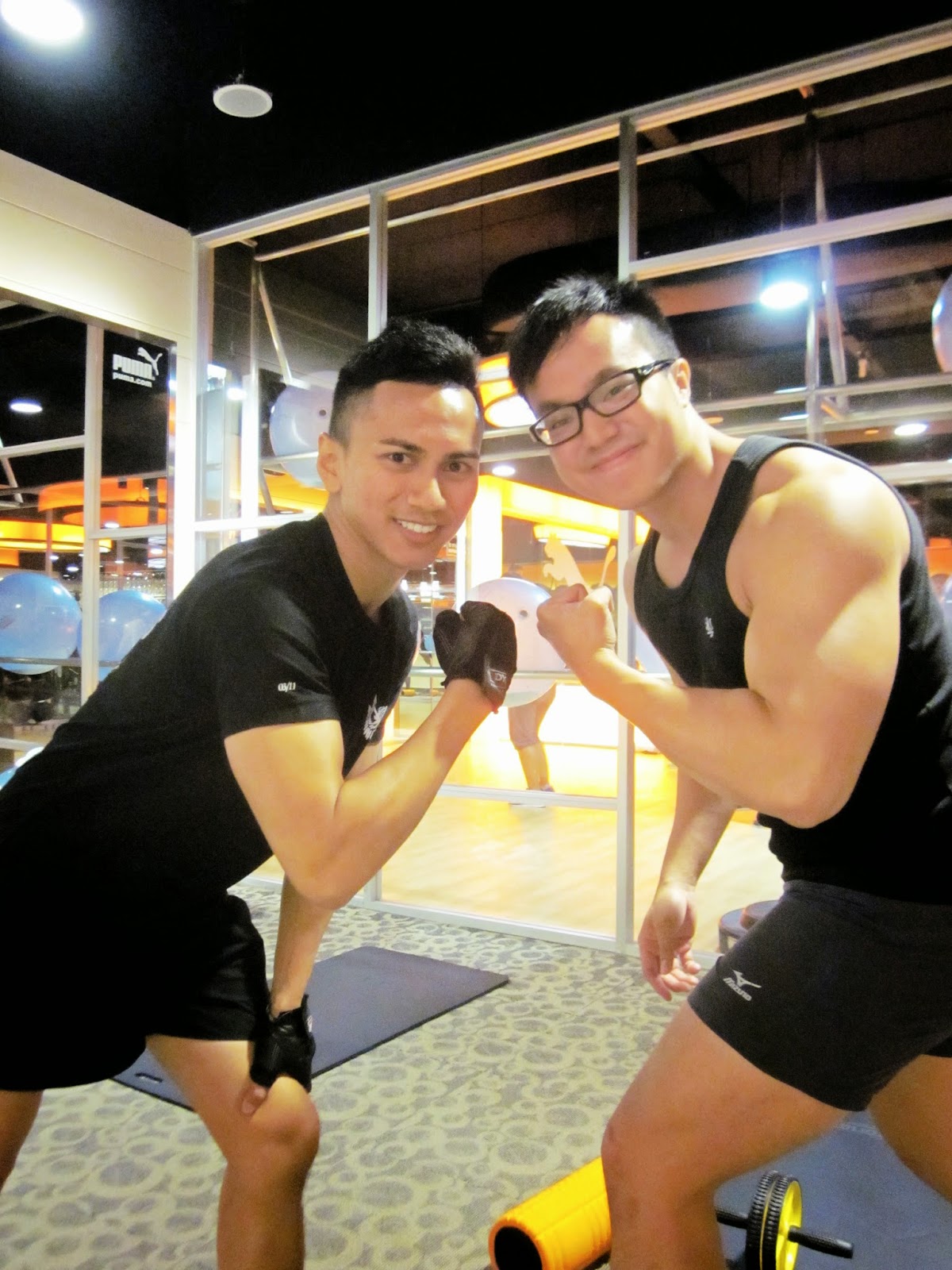