My first humanitarian trip in Aceh was adventurous needless to say. 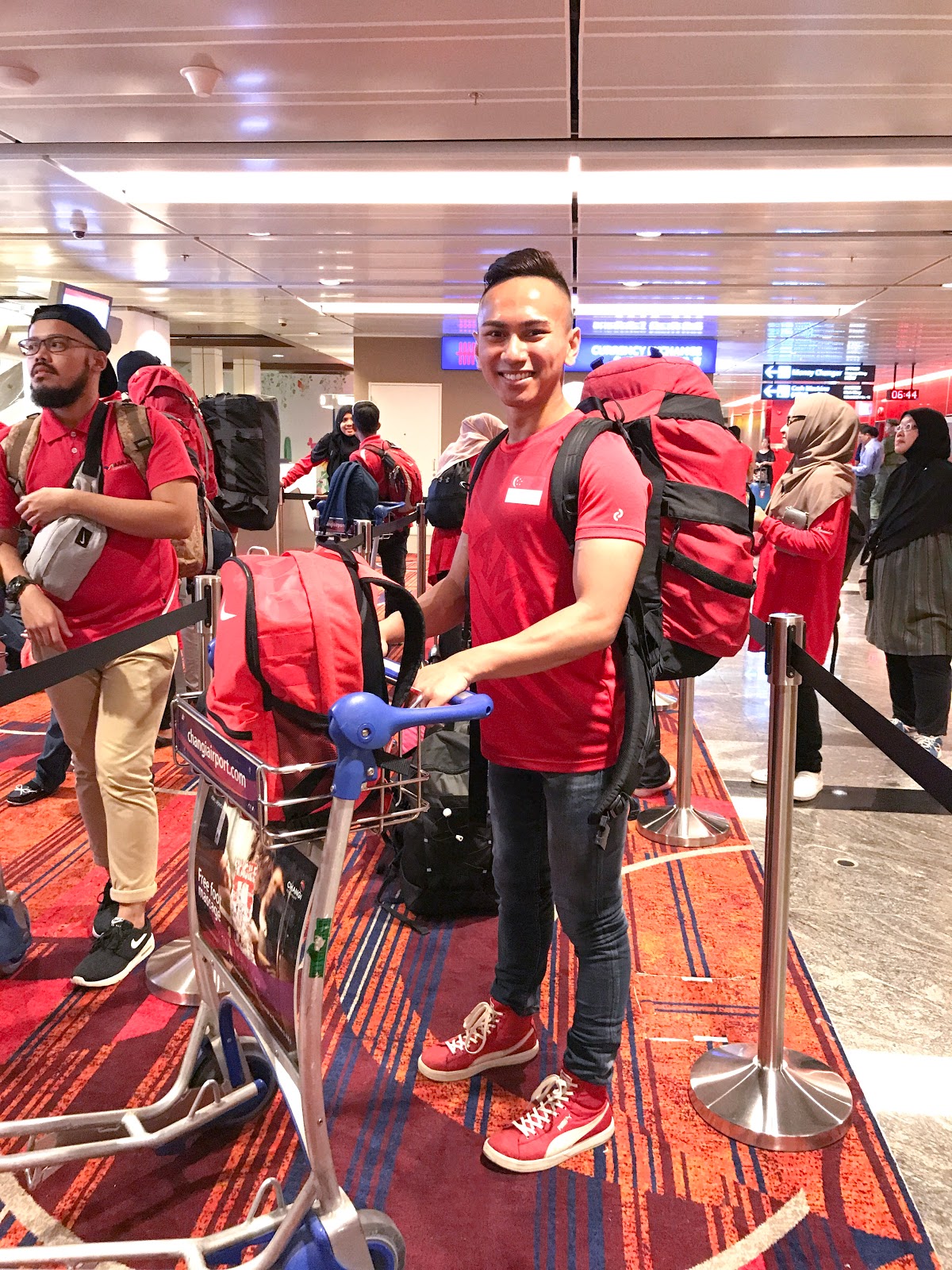 Just as any other vacation trip, this trip was simply amazing! Every trip in my life is amazing no matter how bad it went because it brings out the best and worst in us and the people around us. When it comes to my team, I have no other better words to say. The synergy was positive beyond words. From the beginning of the project till the end, I could not be more grateful to be introduced to this community - Majulah Community.

The organization embarked in this project called Project Peduli (Project Care), a secular social initiative unit under Majulah Community (“Majulah”) that addresses immediate humanitarian or social needs within Asia. Majulah aims to uniquely draw the attention of certain need areas to a larger concerned audience and direct them to an immediate call for action. This call often comes in the form of crowd-sourcing or crowd-funding projects, which is not uncommon in the spirit of “gotong-royong,” especially in this part of the world.

This time, we went to Aceh, Indonesia.

In December 2016, Pidie Jaya was hit by a 6.5 magnitude earthquake that shattered the homes and lives of more than 10,000 people. As Ramadan and Eid is the biggest celebration in Aceh's calendar, this would be their first year going through festivities without their loved ones and had to rebuild from the rubble.

There, our enrichment programmes have helped the villagers to go through this phase with ease. We organized enrichment play stations for kids, distributed food, and educated the village about hygiene through our cleaning programme so that they would be able to see how it feels like living in a clean environment. Honestly, I think to them keeping the street clean is the least priority given the frequent occurrences of disasters. From the looks of it, they do not even care about worldly materials as long it is fit for good use.

They would repair the cracks of a building if the structural integrity is not affected by the earthquake but would probably ignore the aesthetics aspect by painting nothing over it because they probably need to do it again when the next earthquake strikes.

On our last day we visited the Baiturrahman Grand Mosque and the Aceh Tsunami Museum. Much to be grateful for after this trip by looking at the way of life there! 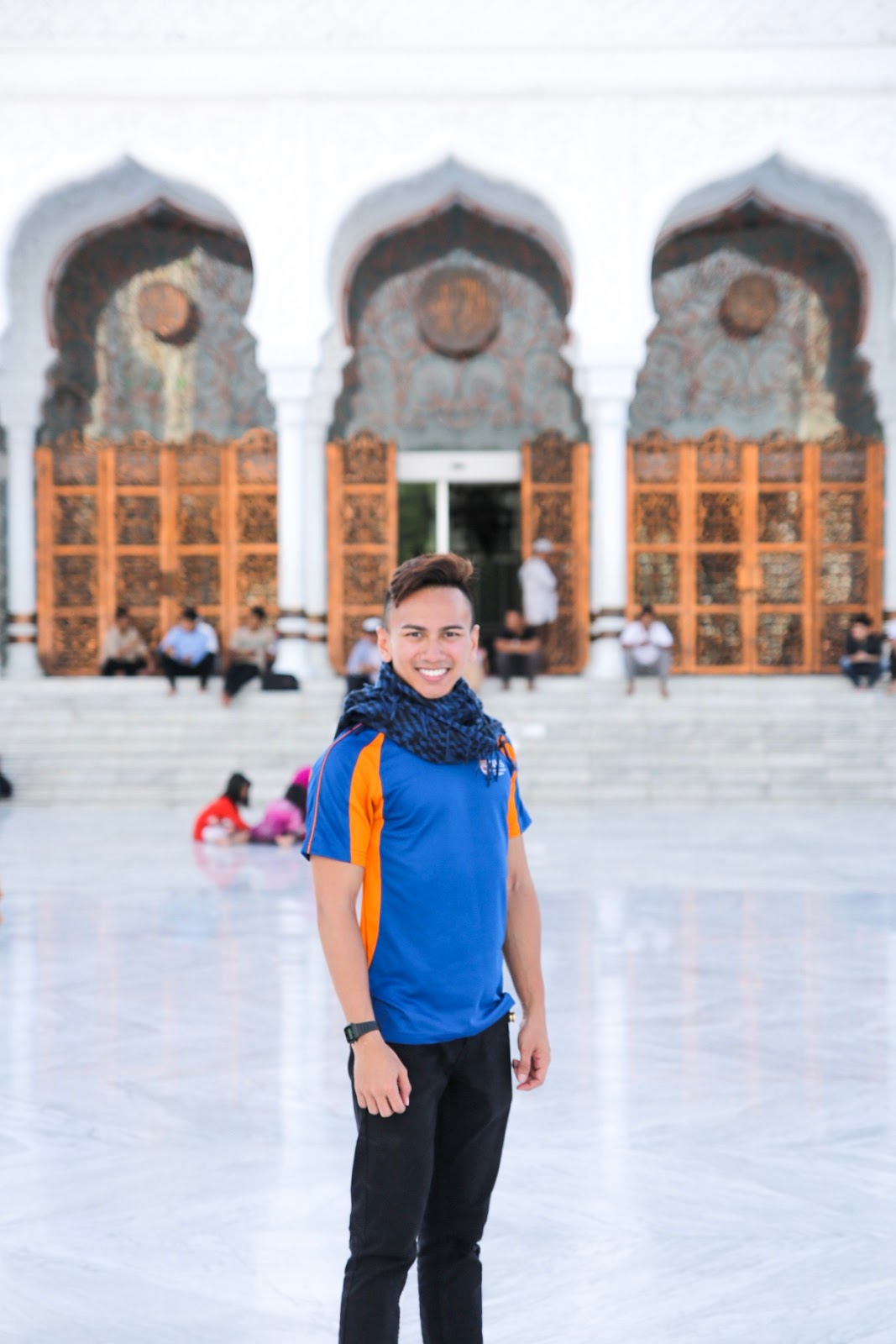 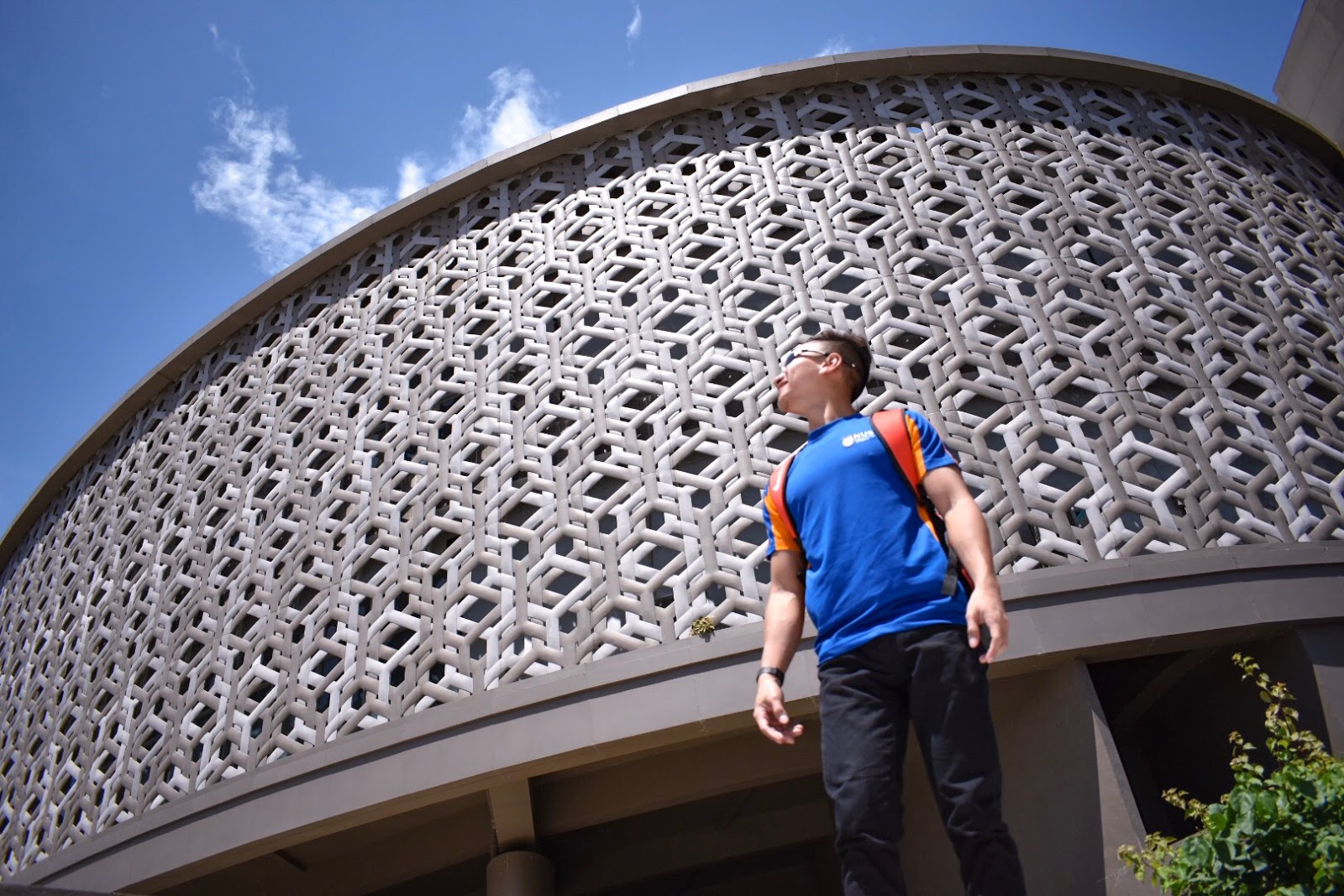 I had this sort of self-depreciating joke like how pampered I am, how I would not be able to eat using my hand, or how I would probably cry in the toilet in the absence of bidet and fully pressured rain shower. The juxtaposition between getting down and dirty, and yet staying poise and glamorous is too comical to ignore.

I am not saying that I was born with a silver spoon in mouth that I must have everything on Hermes plate and hide behind my Gucci fur and walk on Loubotins but even in simplicity, we have an economically and geographically privileged and sheltered life. If only my gratuity could be uploaded in some of you, I probably would.

I have been wanting to embark on a humanitarian trip since few years ago but due to limited time and resources, it was just a dream until this year. I am really thankful for this opportunity because it came at the most opportune time. Be it leisure or work, travelling overseas always excites me. What's more being the first non-leisure trip, I could not help but to ask 1001 questions just to be sure and prepared.

Do I need an S-hook? Do I need to bring hangers? Are my insect repellents enough? How much medication must I bring? Can I bring my pump bed instead? Do we have internet access? Do we need to bring gloves? How are we going to get there? Are we moving around in an Alphard or Starex?

Was I not worried? Of course I was! The most rural or rather ulu area I have been to was where, Mersing in Malaysia? There during the briefing we were told to just be prepared for the worst and that includes washing up by the well with no cubicles and lots and lots of mosquitoes. In all worries, I was quite excited for several reasons. In rural areas we get the closest to nature, the creator, and my God, I have a reason to not respond to messages and e-mails. You have no idea how many pings I got upon touch down in Singapore. You have got to be kidding me.

The journey was long because our destination was located in the rural areas of Aceh called Pidie Jaya Regency. It was so remote that my Bahasa Indonesia became useless - amongst kids especially because they have their own dialect. There were no chain hotels except for guest houses locally called wisma and no way it looked like Wisma Atria, tolong. No matter, it was acceptably clean facing the paddy field! 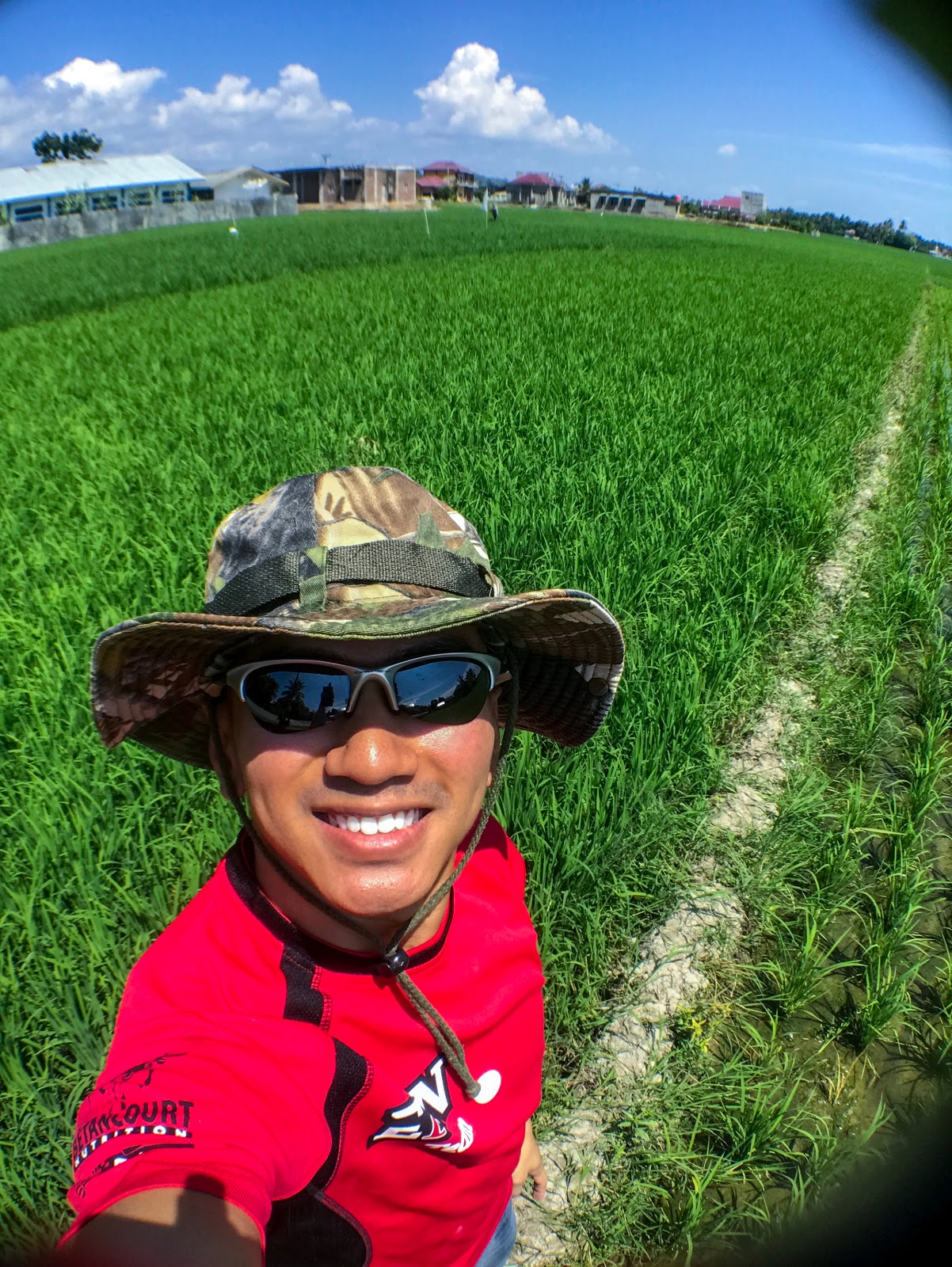 The first few days were great. We were supposed to go to this particular village and so happened some of us accidentally broke a code of ethics in that village which resulted in us being exiled from serving in their village. Honestly, I could not help but to raise my eyebrows. I am all for giving the benefit of the doubt or whatever terms you want to call it. I am not judging but to question, would I want to be one of those who reject help when in need?

That was how hard it was. During our pre-trip briefing we had this segment where we talked about Aceh's cultural norms, we did our best in complying but sometimes no preparation could ever be enough. We were there to learn new culture but we were shunned away like that.

Mutually, our actions speak for itself.

Nevertheless, it is still apllaudable for the fact that they stood by their beliefs even when in need.

I personally did not worry much about the incident because at worst we will be stuck doing nothing for the week. However, that would defeat the purpose of the entire trip because the team had worked very hard to materialize this. After much brainstorming and pulling on some strings, we managed to scout a neighbouring village that were willing to host and receive our help.

Being there made me feel like I was treading on a thread. Every word that you say, every gesture that you make even if you mean well could simply be taken as an offence. I mean, you would not want to repeat the mistake, right?

Have you ever heard about the stereotype on suburban people being very conservative? It has never been so true.

Gratefully, things took a turn because had it not, I would be sleeping in a house in the former village that was already cracked by the earthquake yet unrepaired. The host decided to stay in the wooden, safer house. I understand the trauma but does that mean they have to compensate on Asian hospitality?

I was there to render help and I was going to be treated like The Help?

Another village on the other hand was more accepting. At least we will not be spending the week doing nothing! 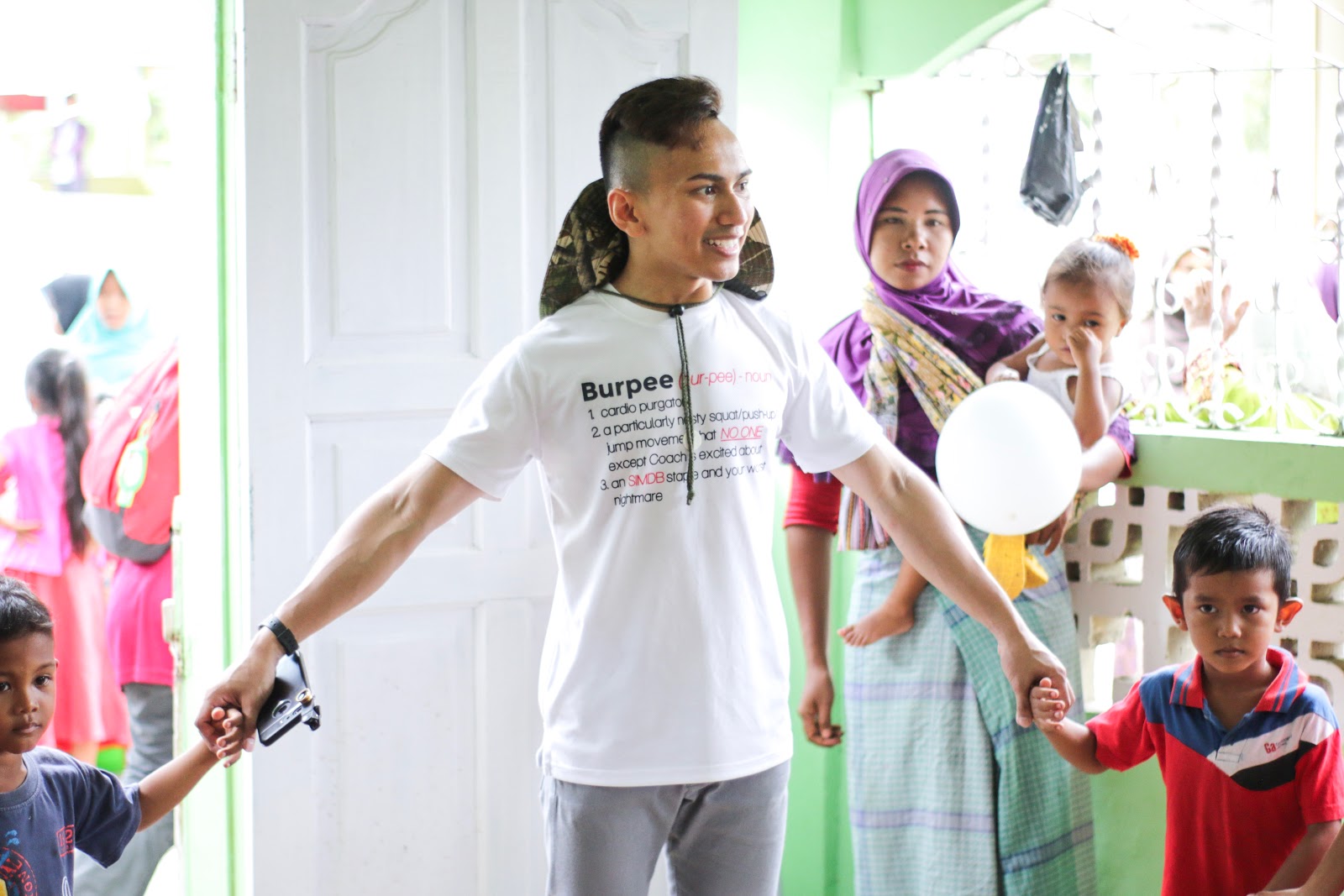 We did enrichment activities with the village kids. We invited them to the meunasah - a place in each village where they pray and hold communal events and more. The kids seemed to have fun learning how to blow balloons, playing with bubbles, painting and kite making. Each of them then were given a pack of assorted snacks to bring home! 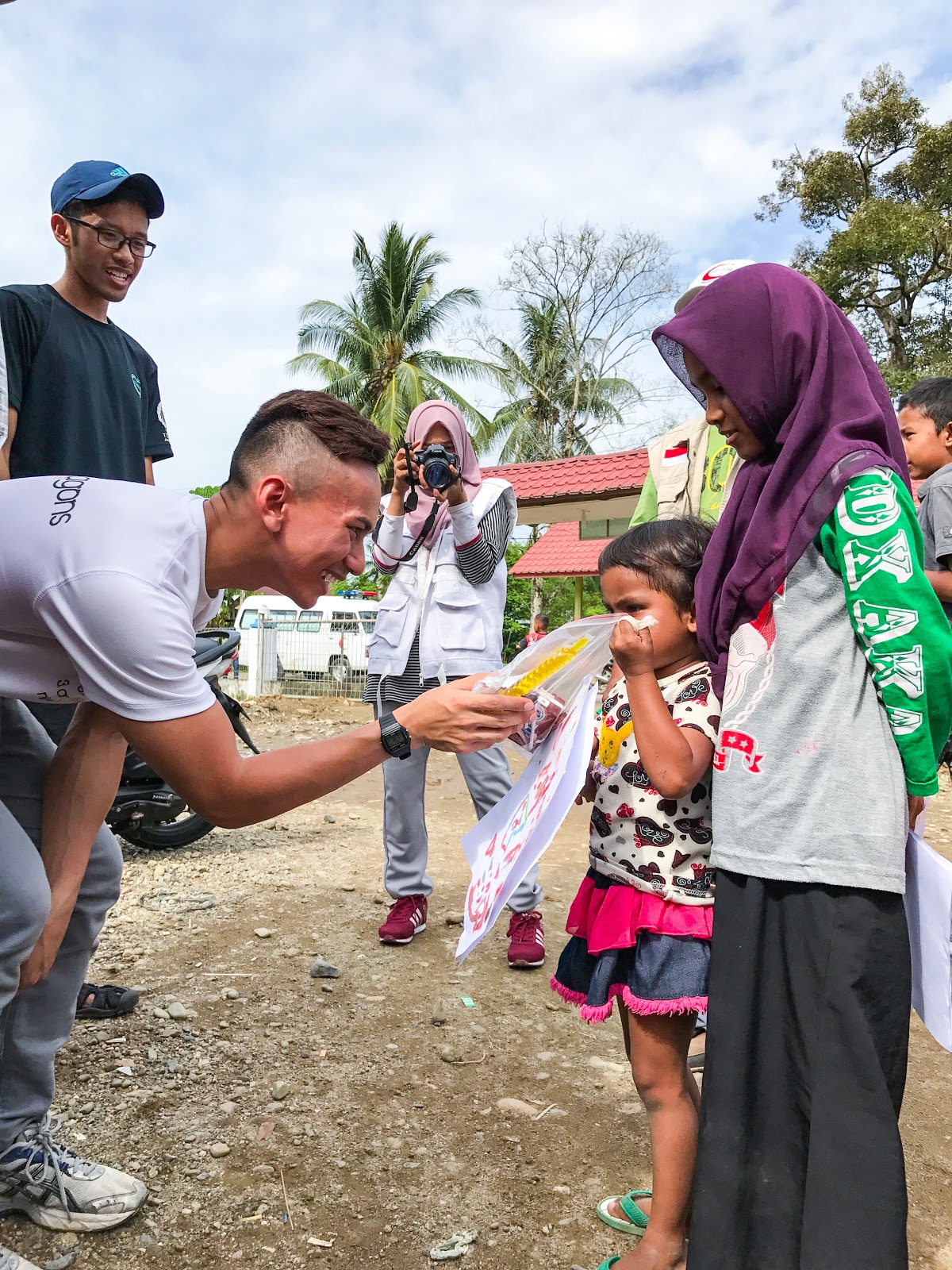 I think I expended all my energy that day I started to feel feverish. I sweat a lot while playing with the kids. I did not have the appetite to eat even during dinner. I was hungry though. At night, my temperature started to escalate. The following morning I tried to eat but just could not. I went back to sleep, woke up to a bloody bad stomachache.

I had fever for two days. On the second day we went to the nearby clinic and had an IV therapy. My God, lord knows how tickled I was at that moment. Honestly, I was pursing my lips with amusement when this happened. 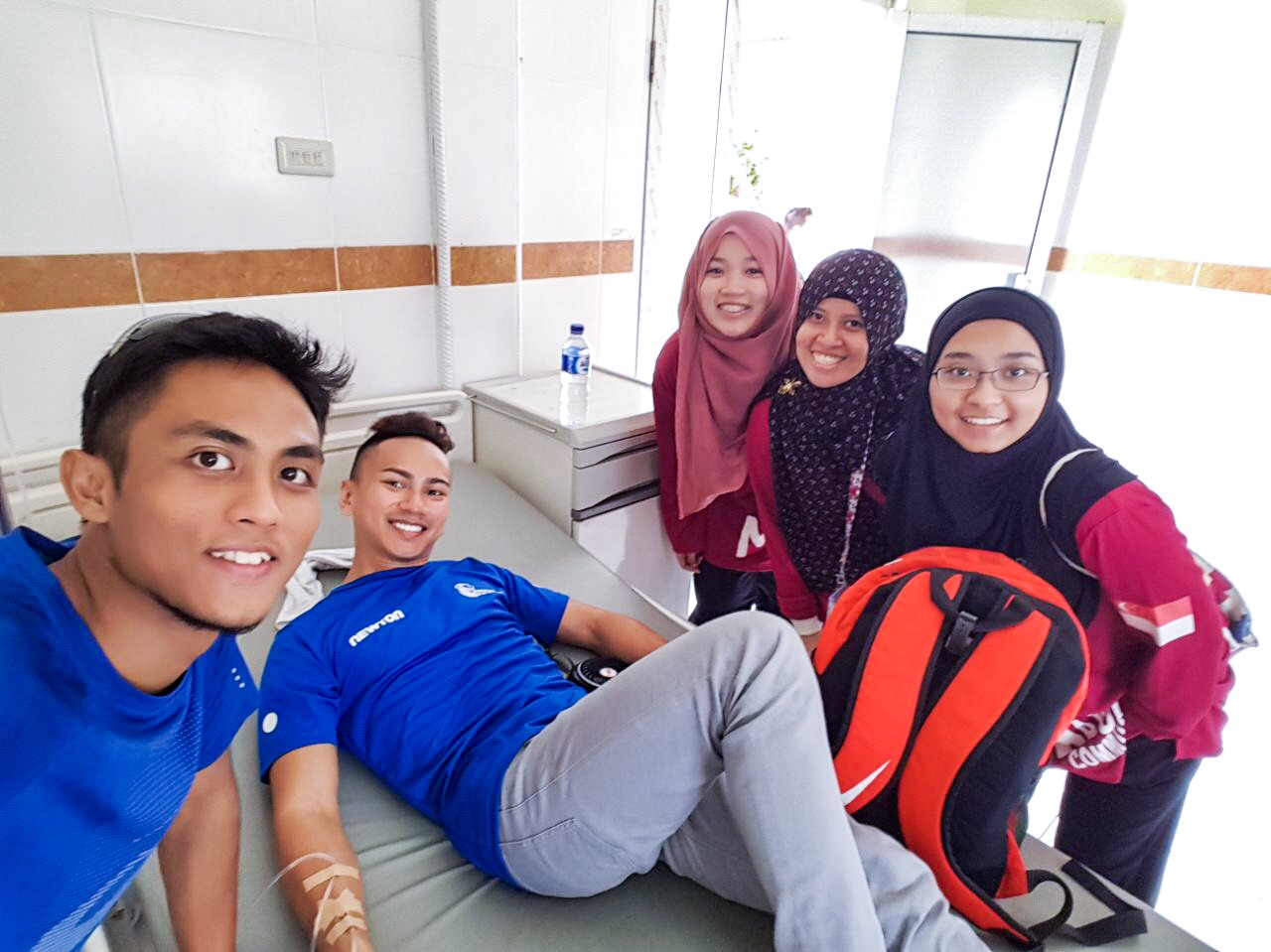 I was on IV therapy and needed to use the washroom. I was on the verge of doing number one and number two but my body was simply confused looking at the sanitariness of the washroom. The concrete tub was full of water and it was pitch coffee black. There were two pairs of baby clothing, one on the knob and the other one was on the floor. There were no kids around at that time, and I have no idea if those were soiled or not but I really could not hold much longer. I just had to control and do just number one and ensure number two did not happen by accident.

You may think I was cringing in disgust, you were mistaken.

I was actually having my eyes glued to the tub of pitch black water for fear my pet peeve Slytherin could come out of it. I swear to God I was prepared to to run off unzipped with the IV pole.

Amusement aside, I pity my team mate who had to be by my side throughout! Thank you nonetheless!

While I missed certain parts of the programme, I was teeny bit relieved that I did not have to stay over at the meunasah while the rest had. Word got to me that there were mosquitoes and had to stay up as late as 3am? I am all for the kampung (village) lifestyle. I probably had the mozzie issue covered with my gun loads of repellent ranging from commercial patches to military grade gel lotion. If you had searched my bag deeper I even had a mosquito coil prepared in case it got so bad. I was that prepared to make my sleeping area like a temple.

In a way, I think circumstances were trying to protect me in a sense that I do not think I would survive that - for now. Probably too much for me to handle. I probably would live through the day but with lack of sleep and mosquito buzzing and no food for the day because of Ramadan. I would probably throw a b***h fit on everyone the following day, and had this not happen, I would not have another story to tell right?

So thank God I fell ill that day - not that I asked but being ill burns away all my sins. It is like coming back on a holiday with my counter reset.

On the last day we visited the Aceh Tsunami Museum which was very insightful because it showed the images and details on the deadly event that occured in 2004. Thirteen years have passed but looking at the artifacst, watching its clips and exhibits grew some sort of enlightenment that nothing in life is everlasting. Any day, any time, anything can be taken away from us just in a blink of an eye.

Amazingly, the renowned Baiturrahman Mosque stayed intact during the disaster while everything in its surroundings were wiped out clean. Today, it has ben expanded and it was somewhat surreal to be in a place that stood strong while strong waters just 400m away from the shore swept away everything, while people were frantically climbing up the roof of that mosque for refuge. 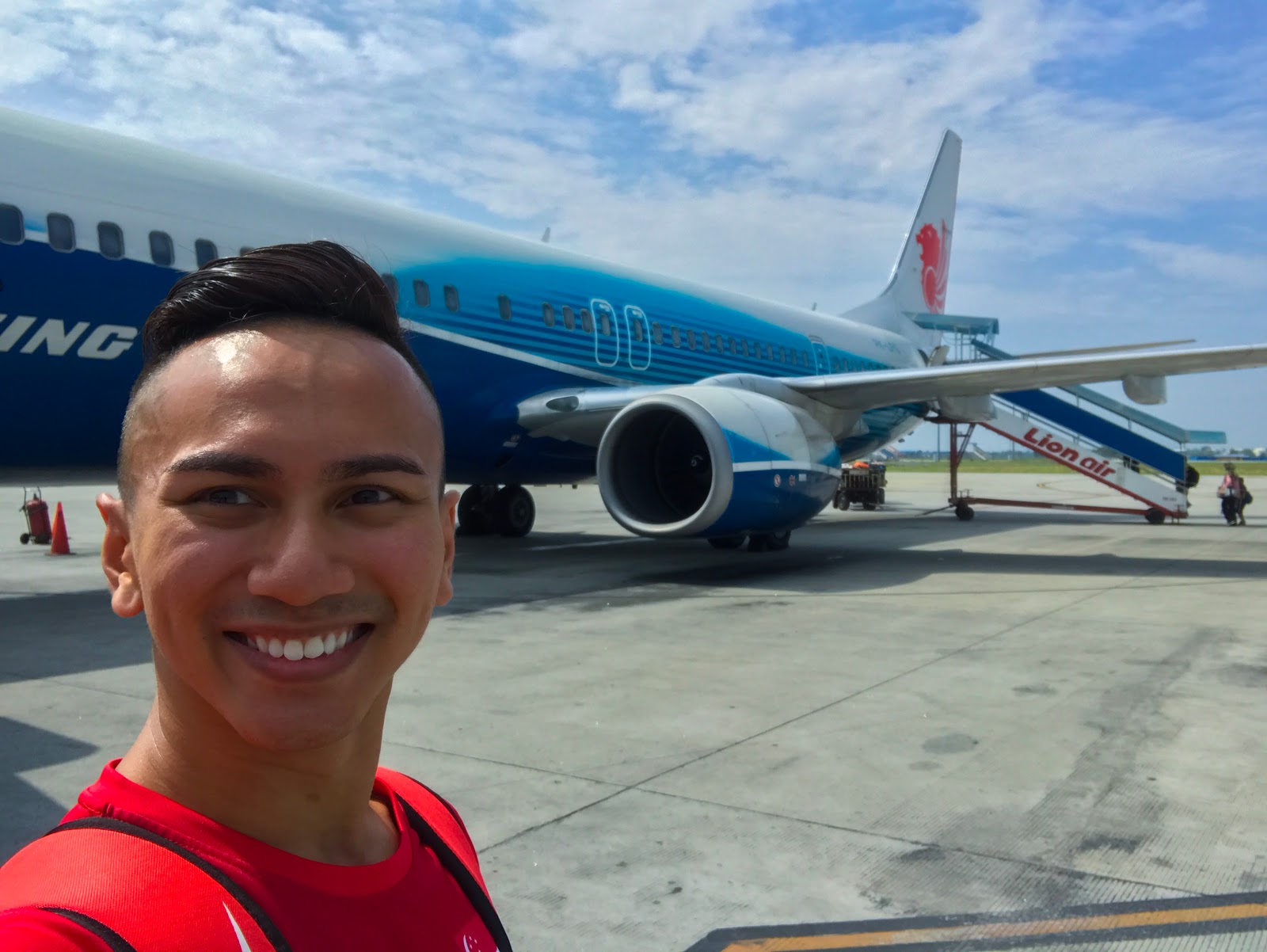 No butler, no concierge, I only needed to tip myself! Or perhaps my team who had took care of me while I was ill. 😂

To find out more about this trip, log on to https://majulah.sg/whatsnewinmajulah. Posts written by my team and yours truly! 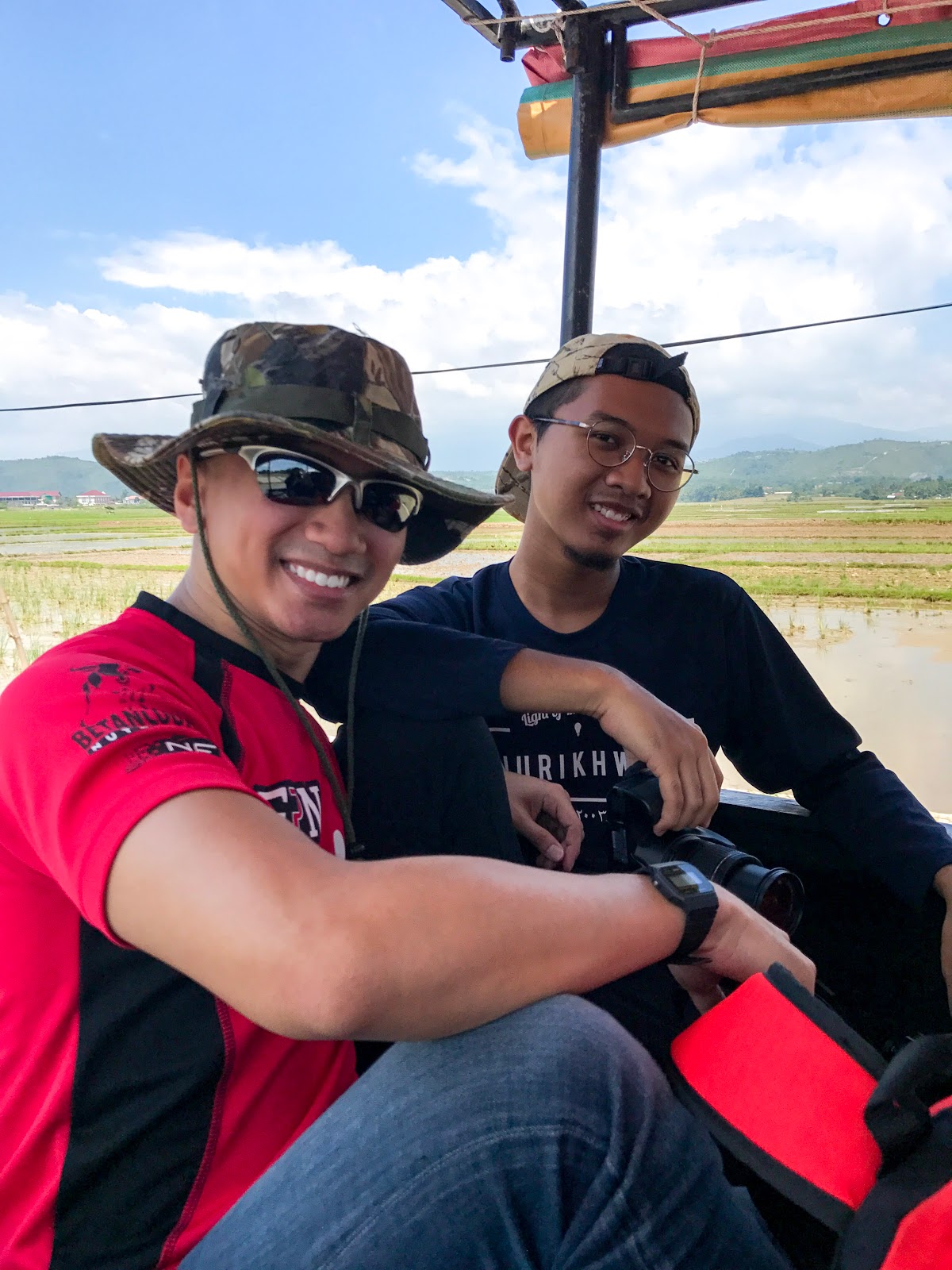 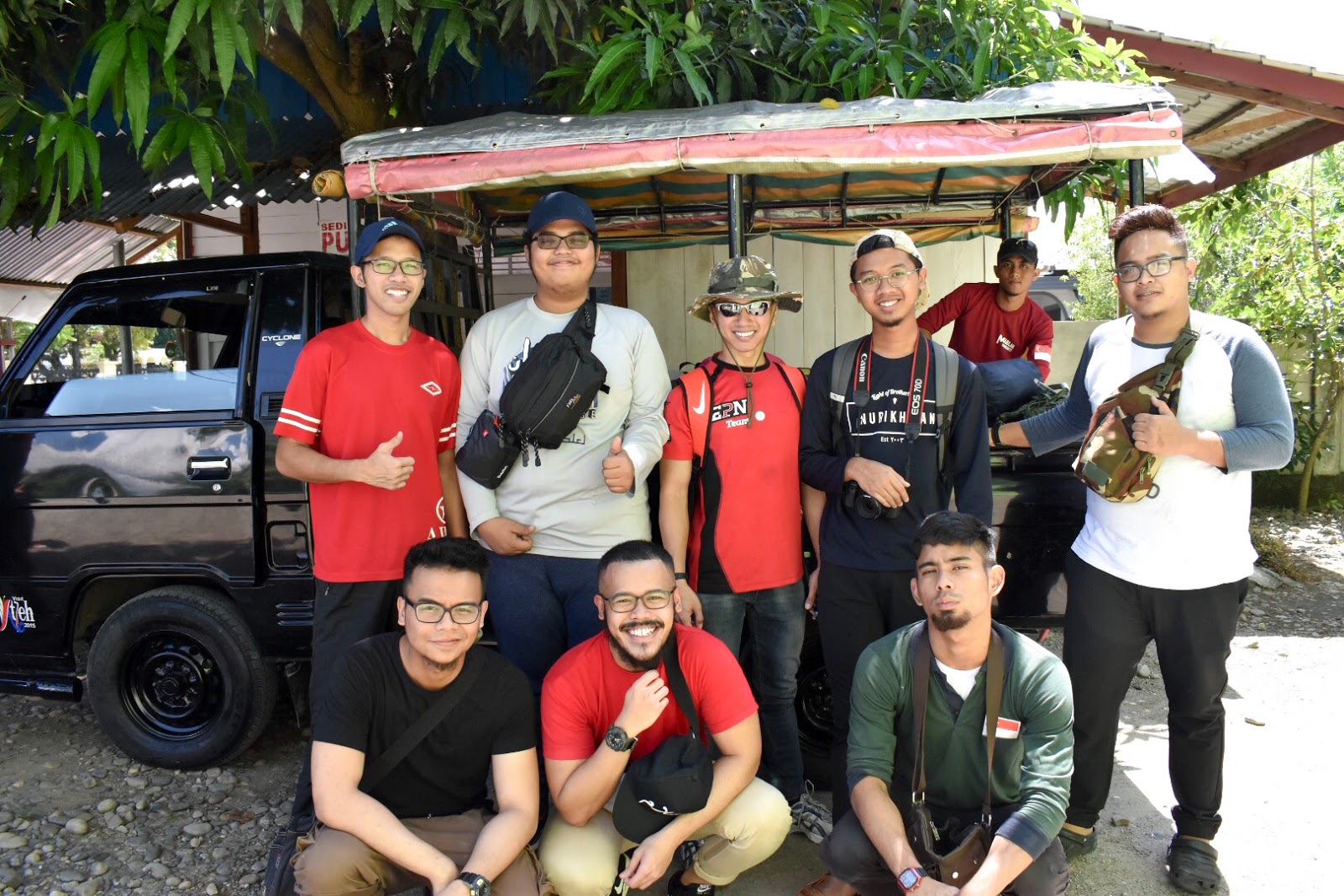 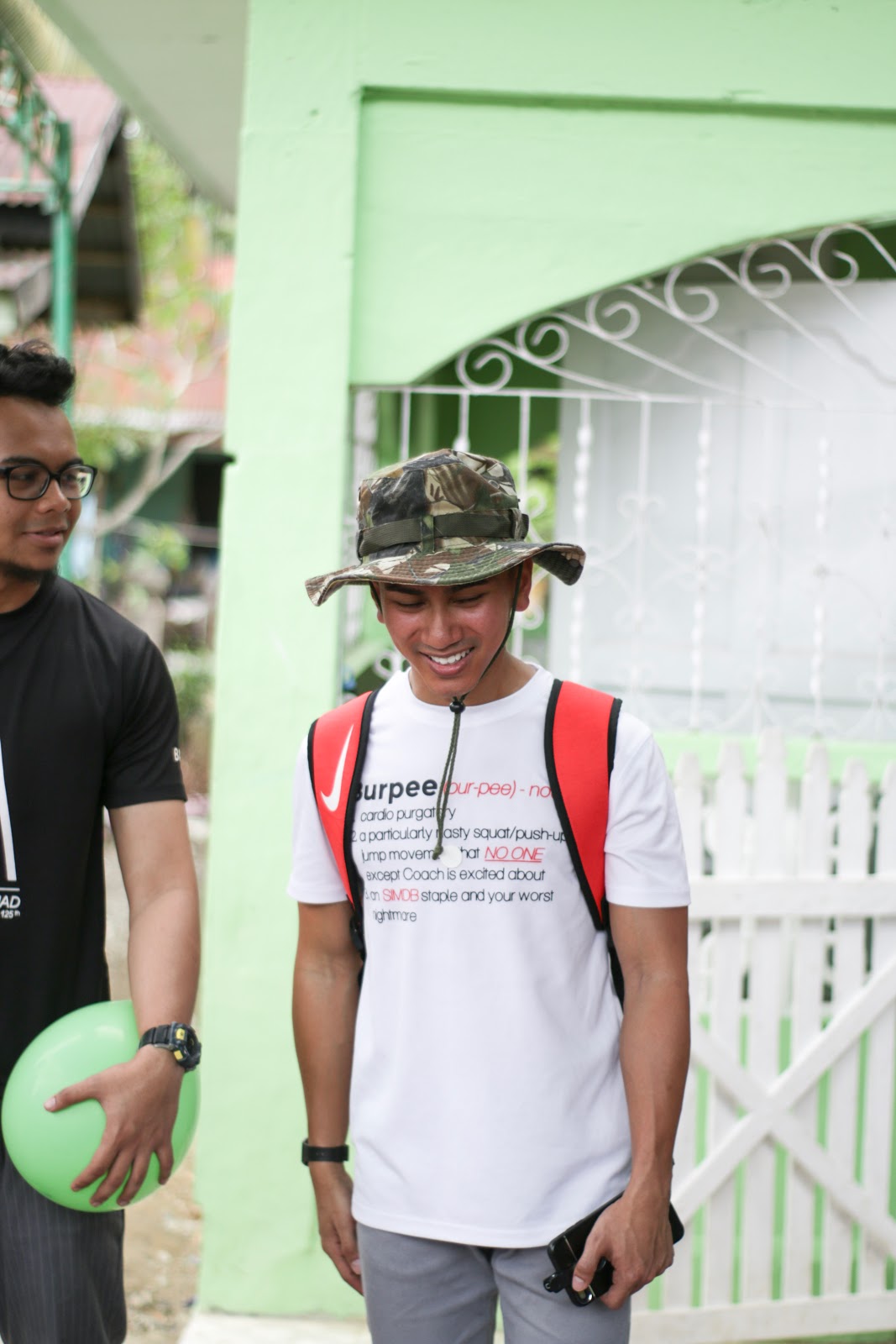 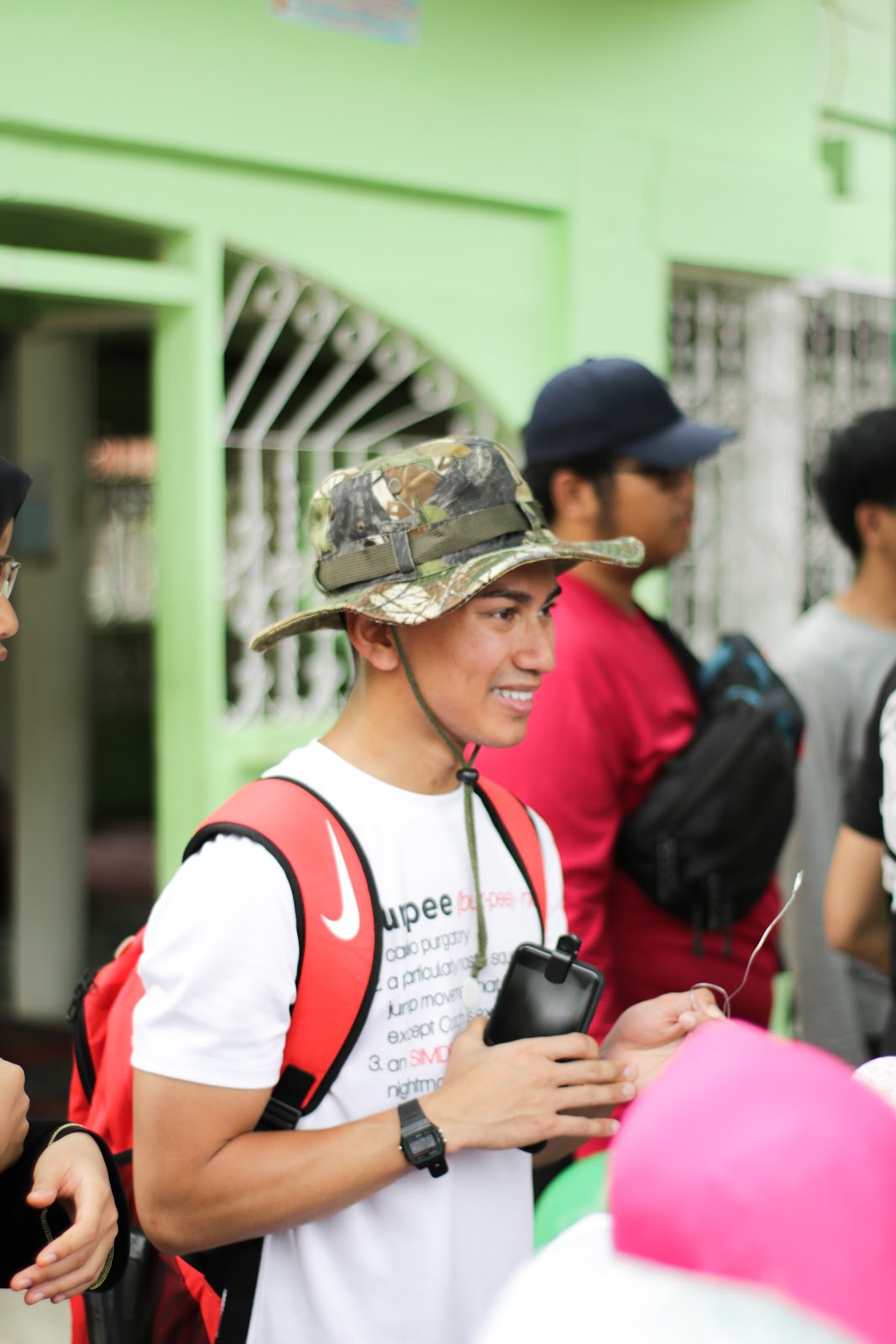 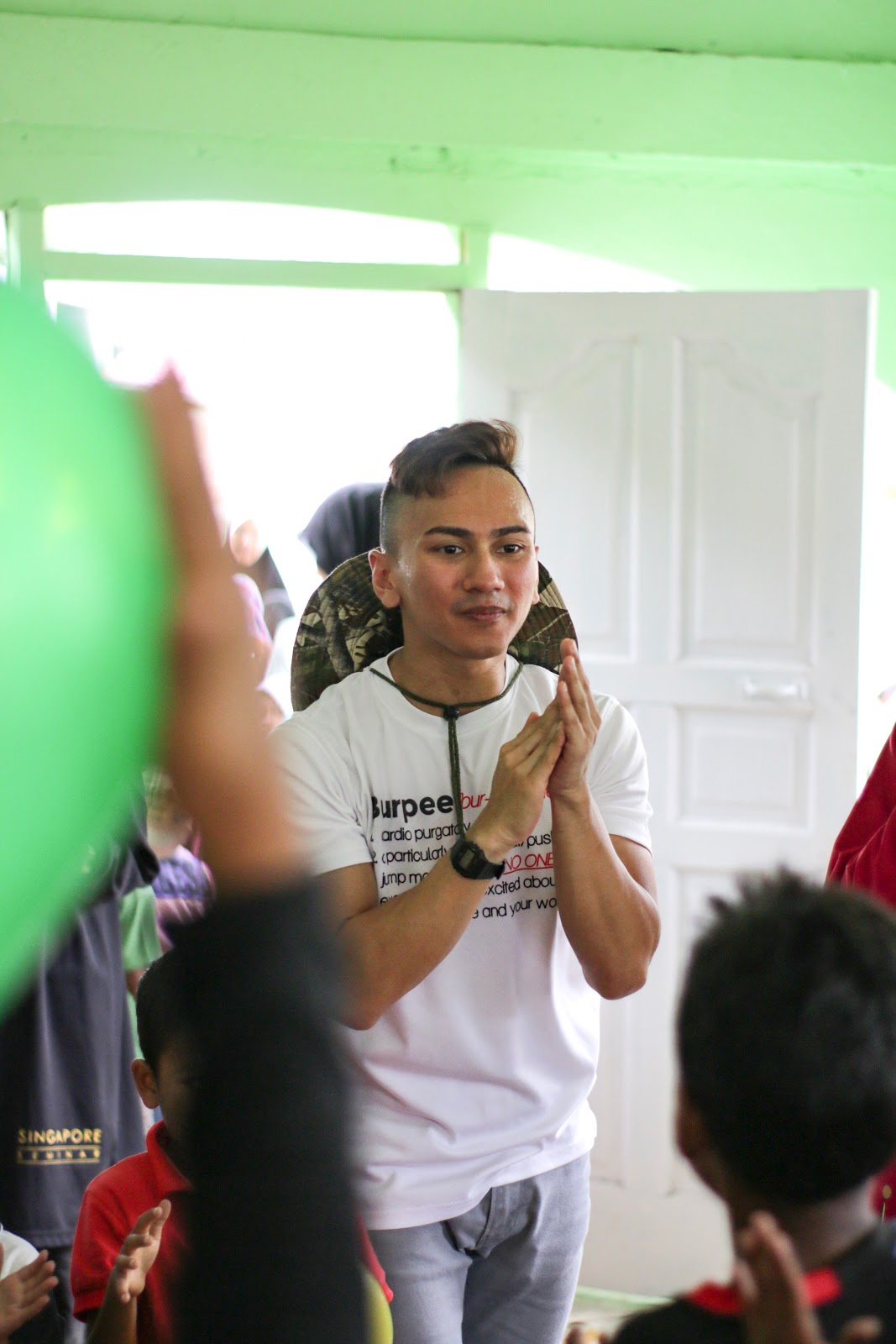 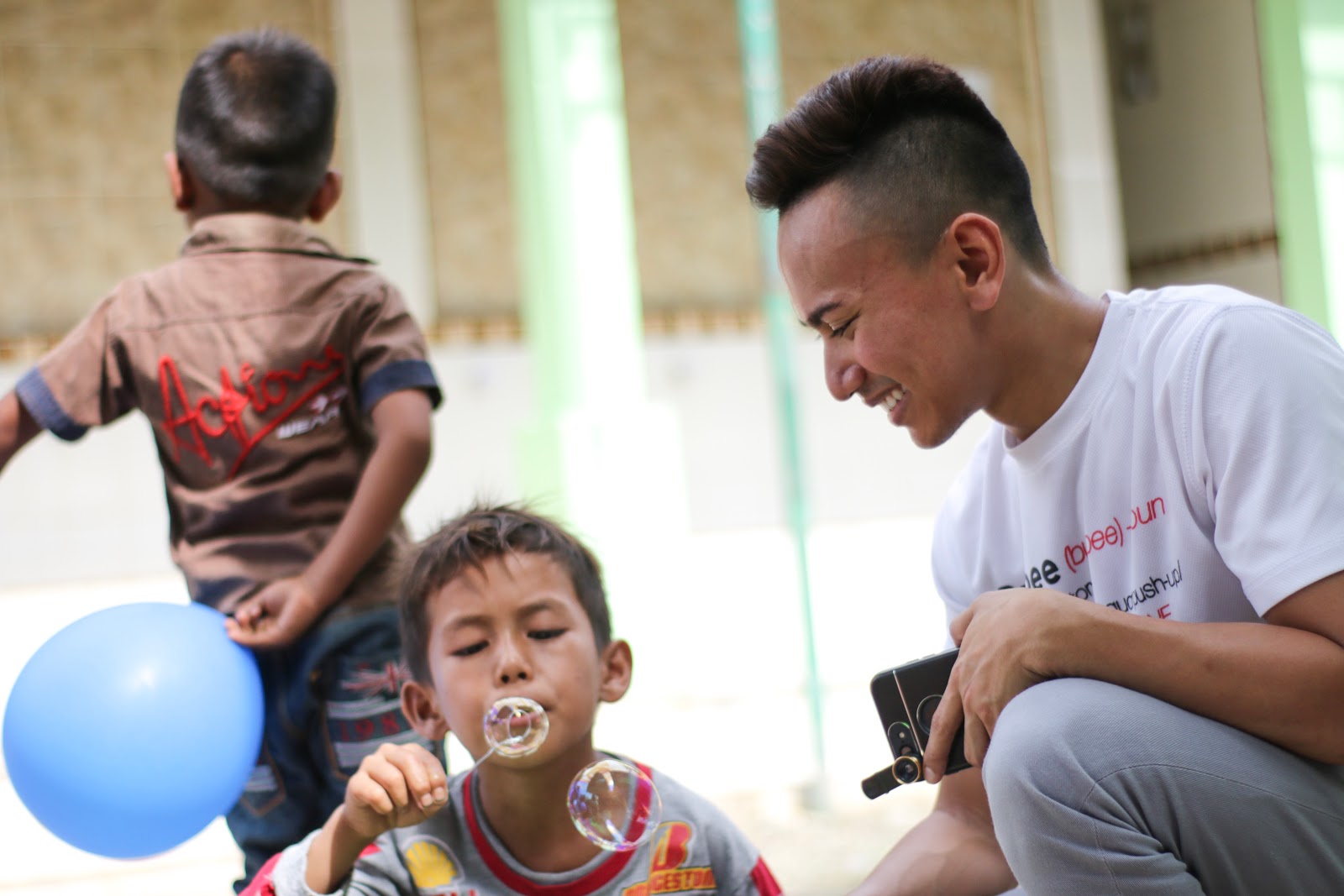 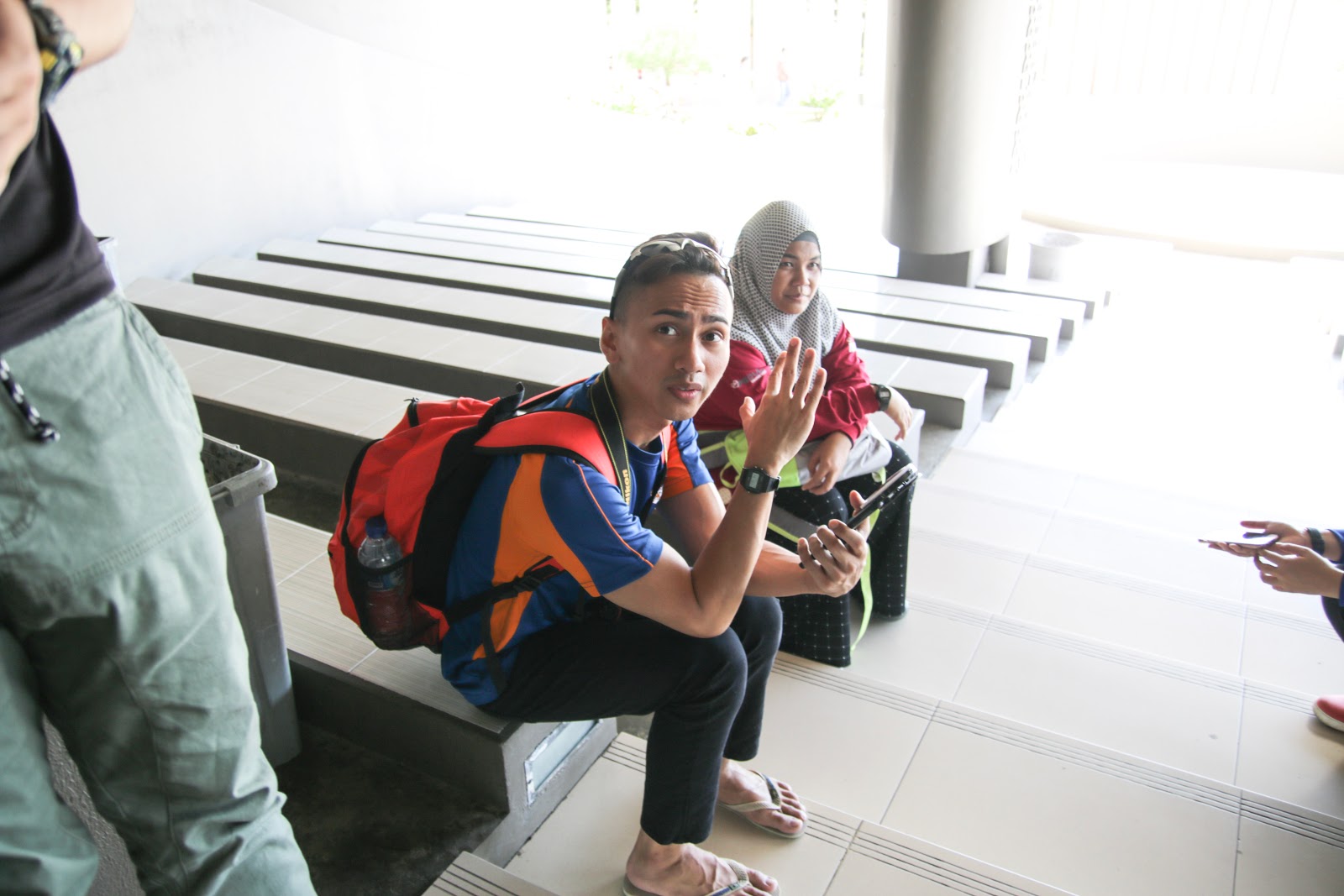 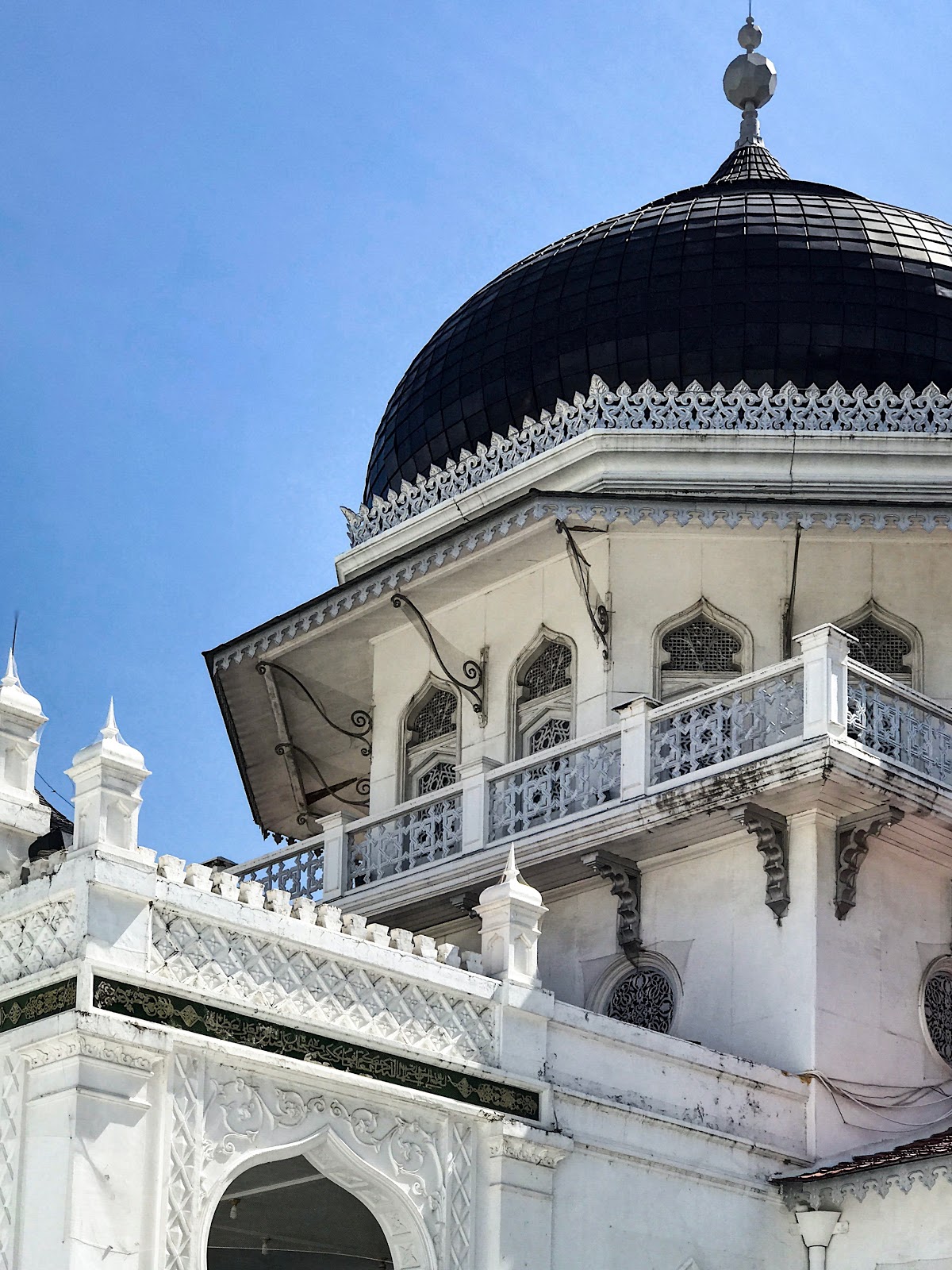 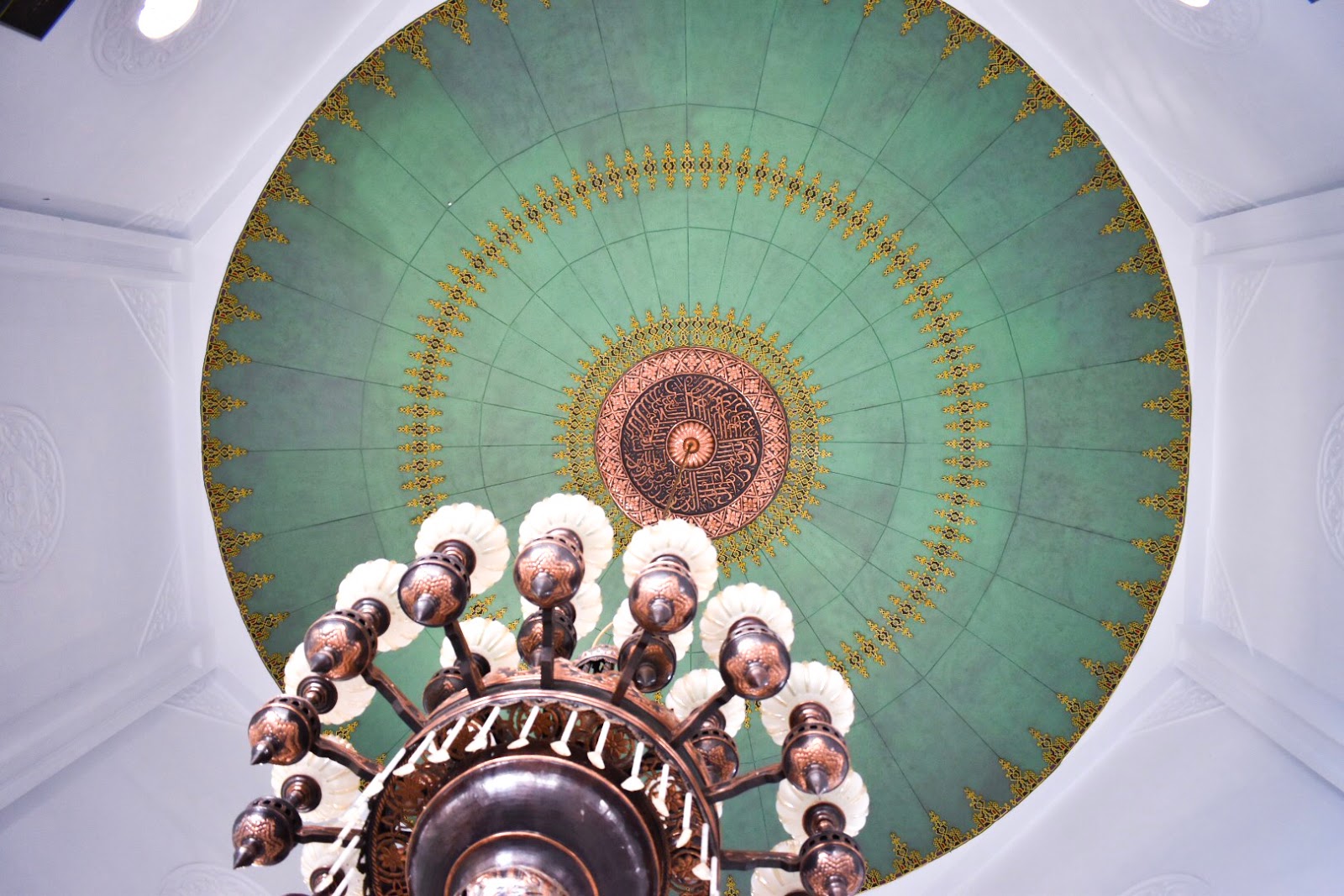 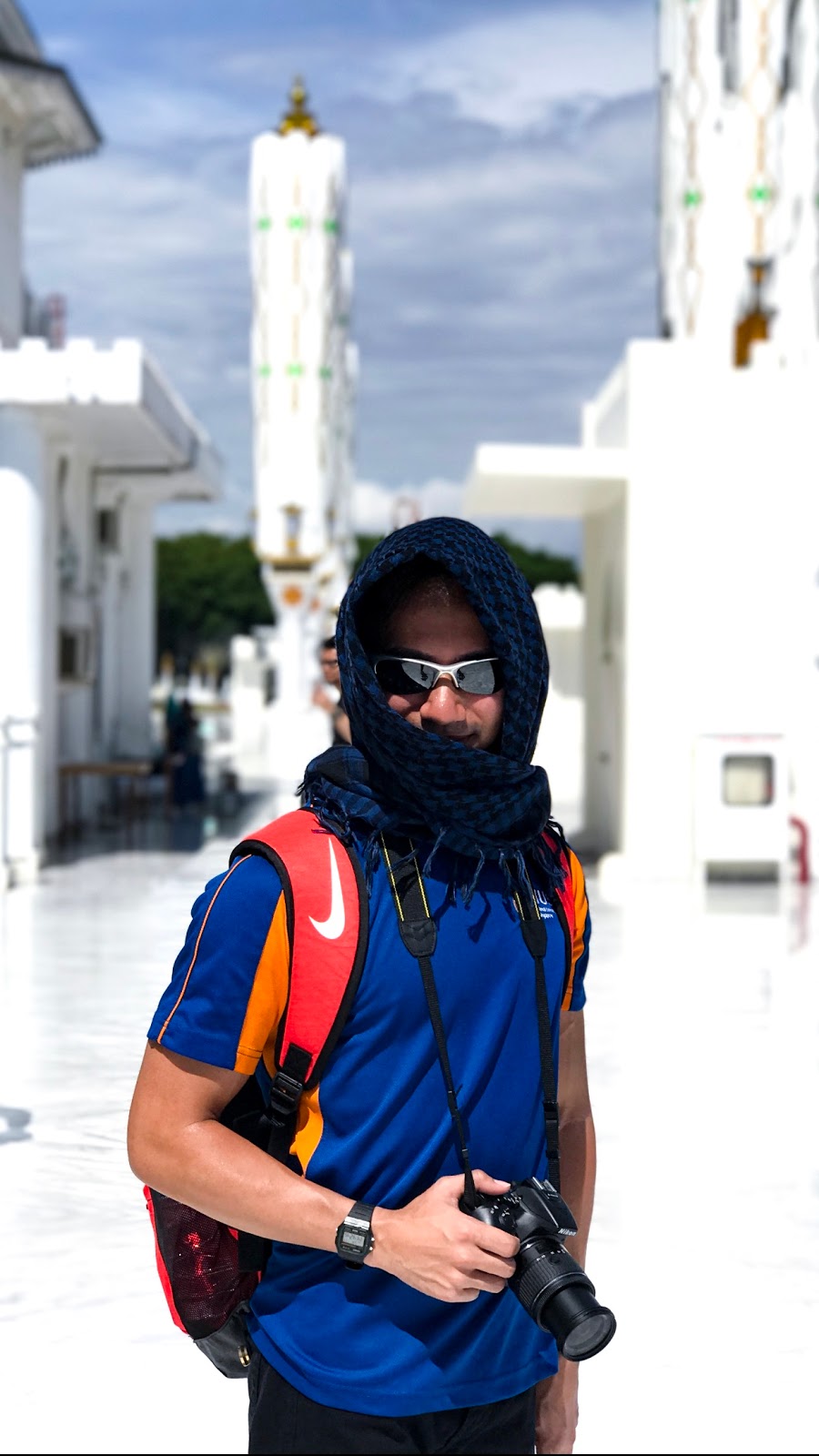 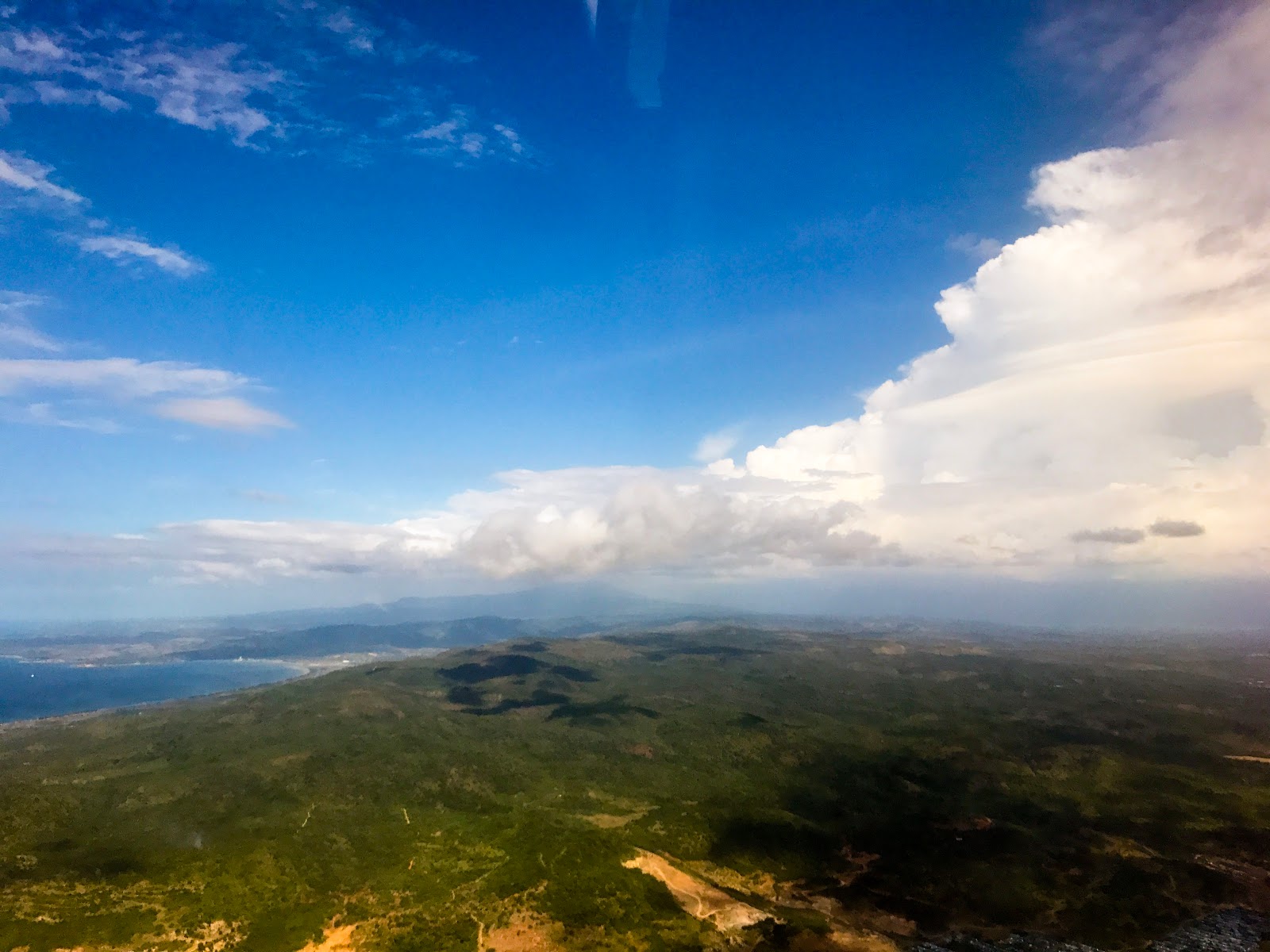 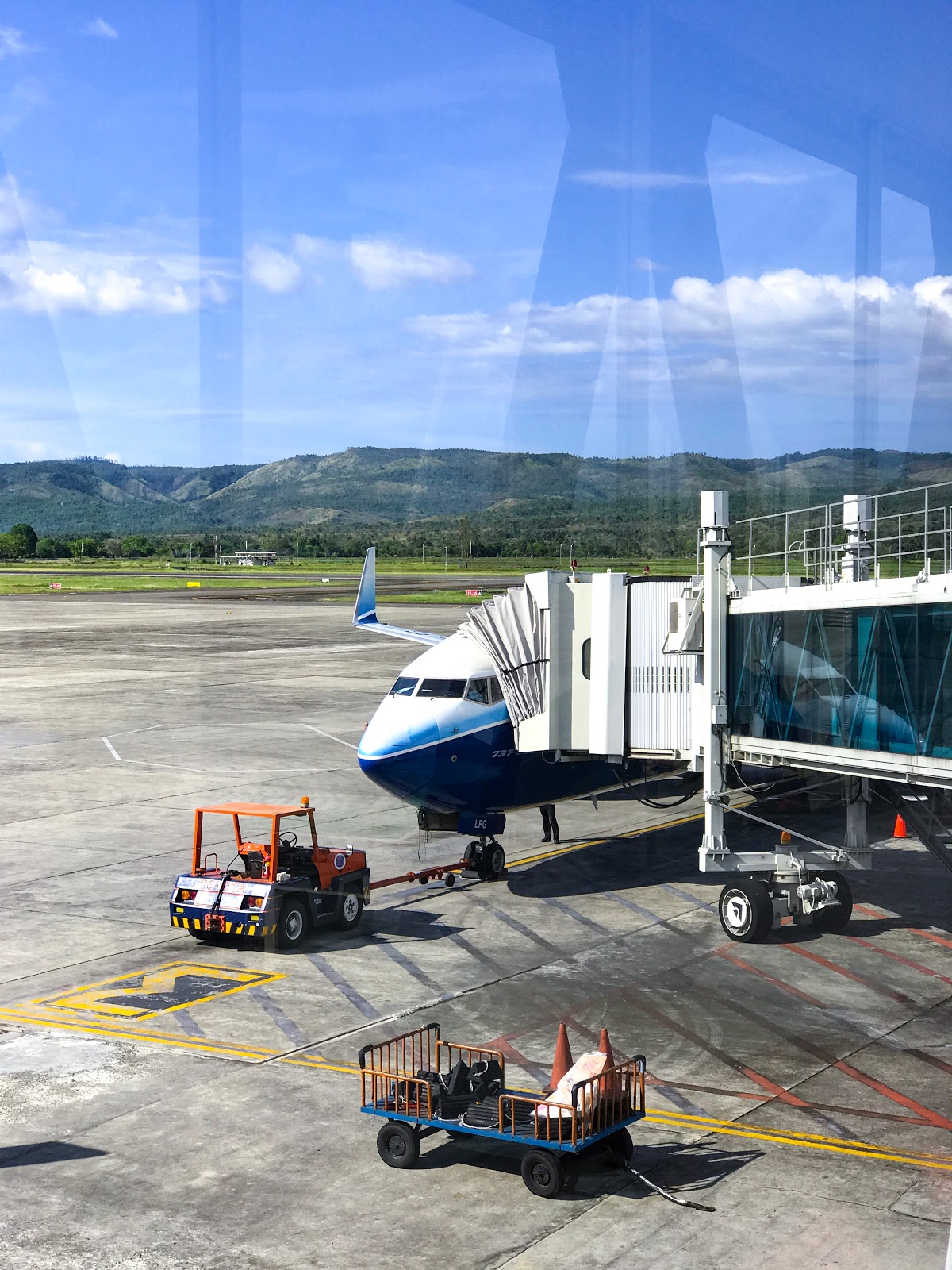 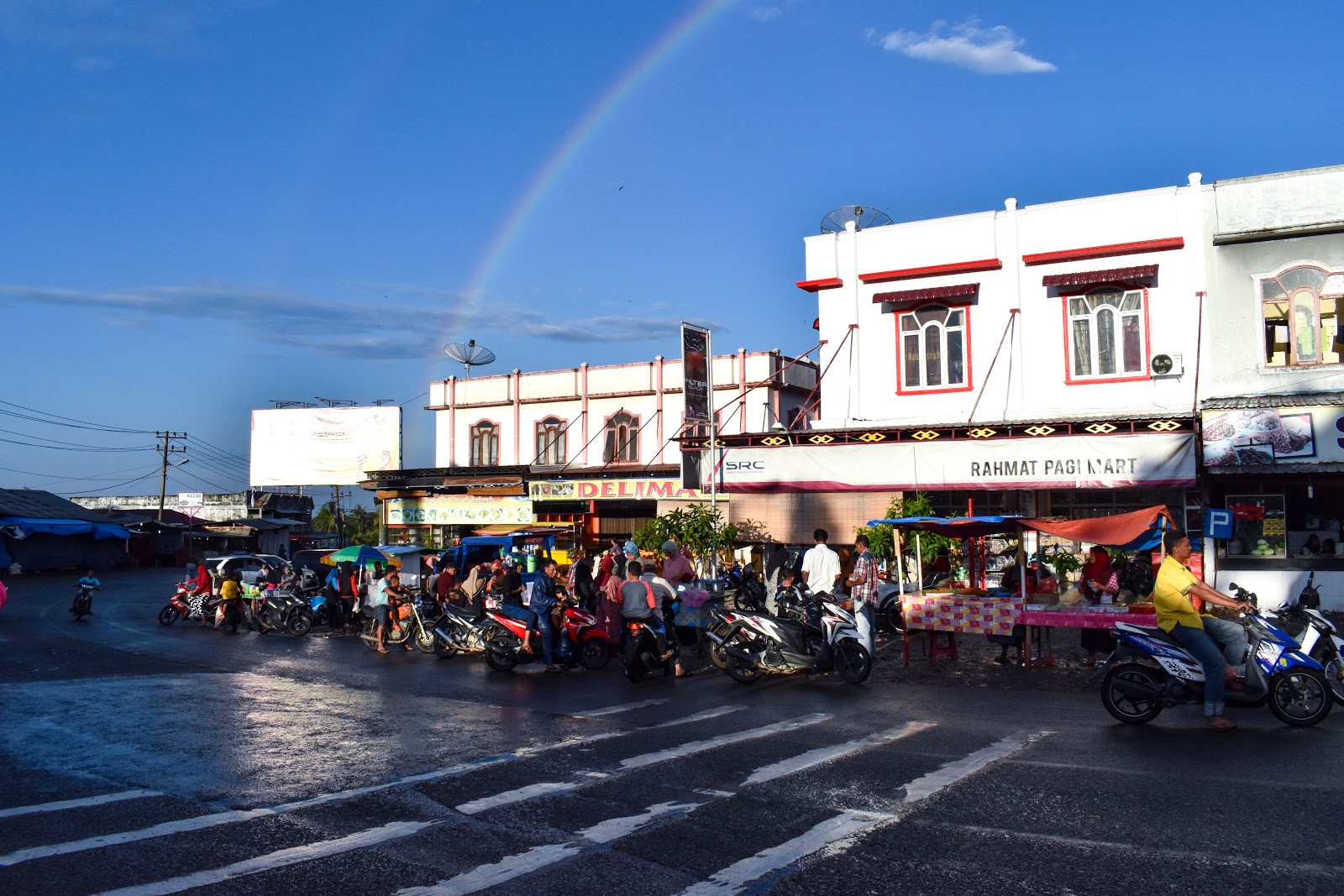 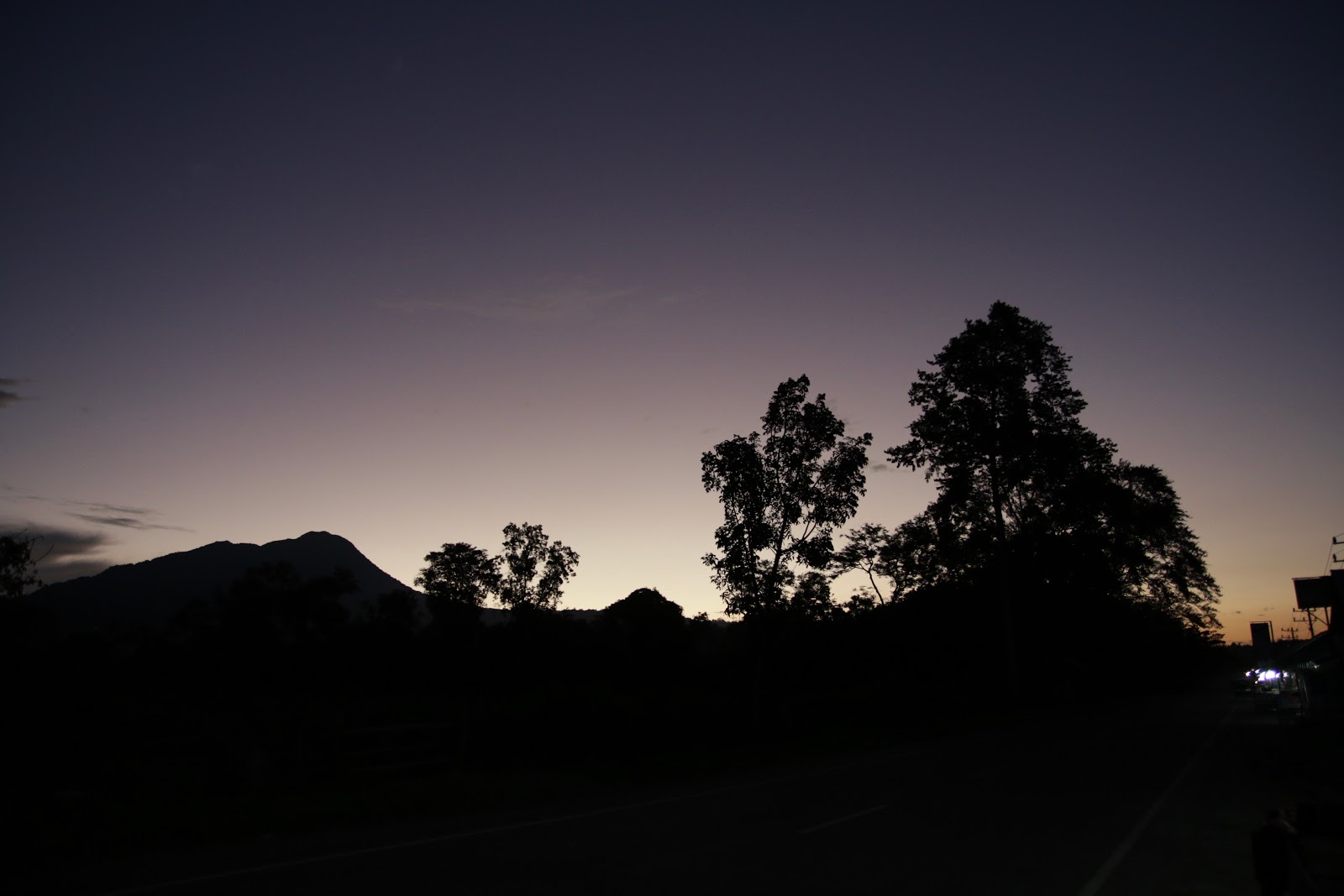 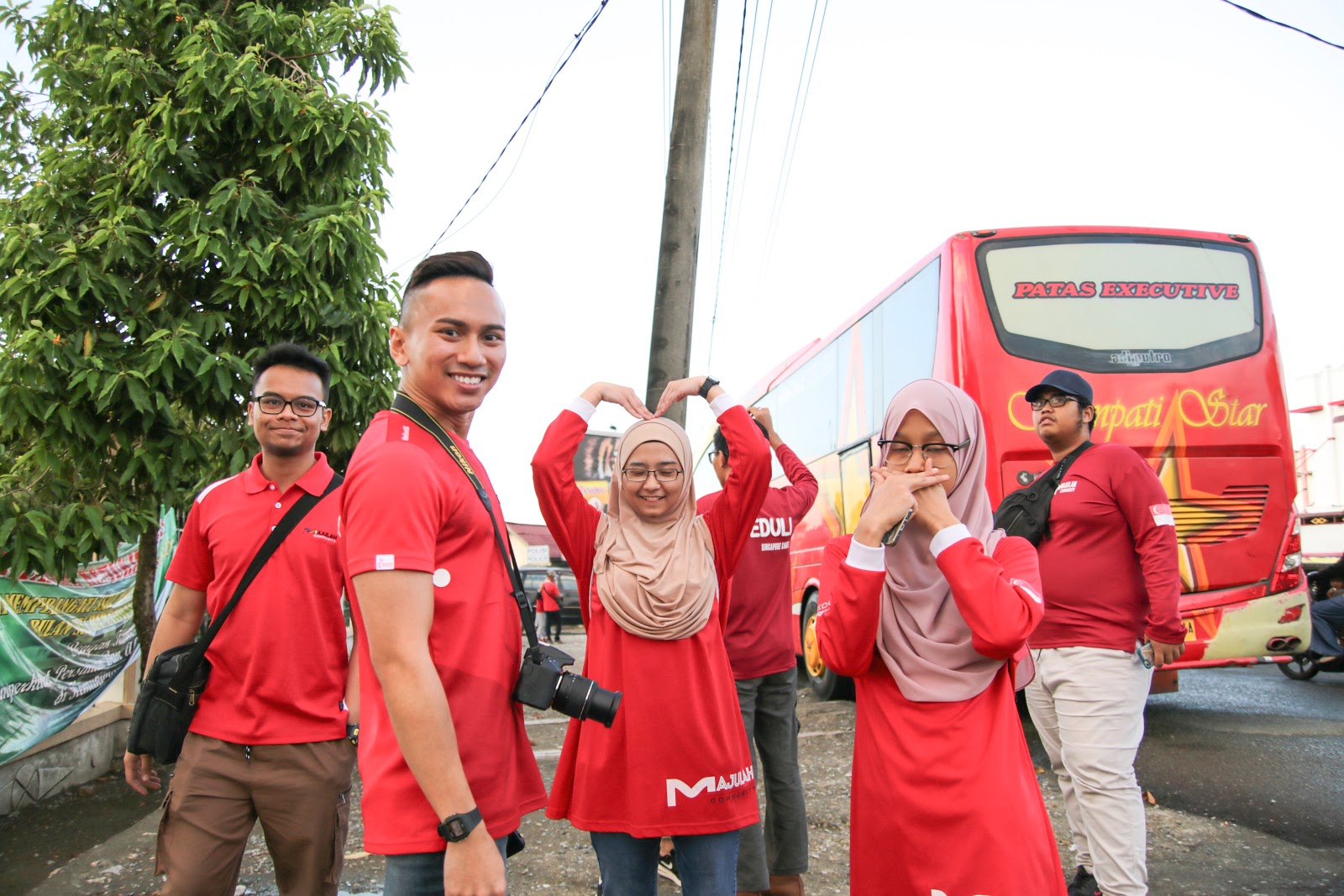 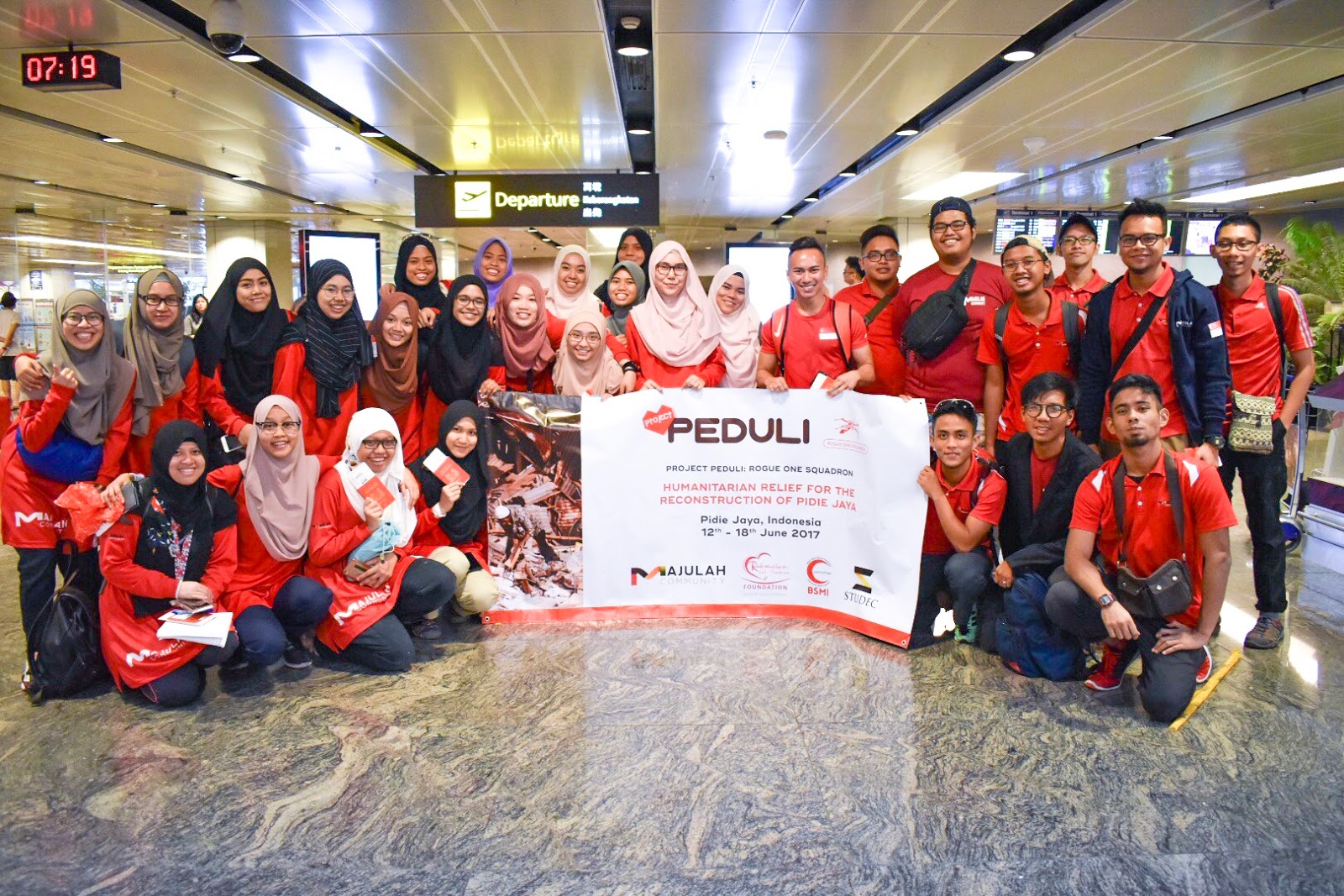 Photos by Fateh and me.
Labels: Personal