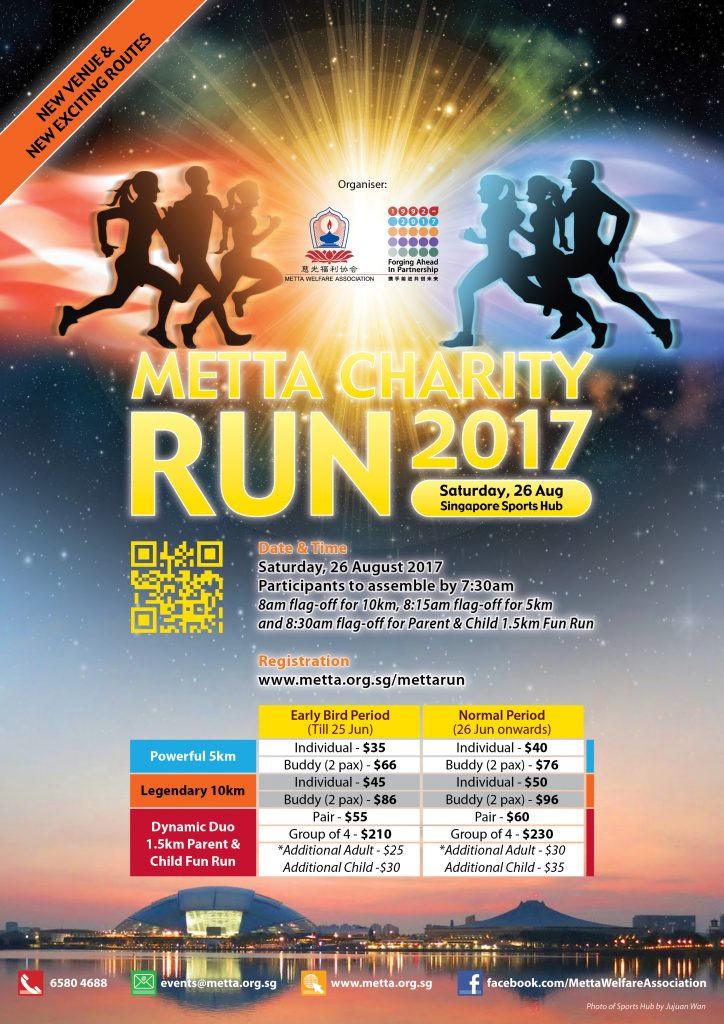 You can expect a refreshing and scenic superhero running experience at the OCBC Sports Hub. The Run consists of a dual league of ‘superheroes’: a squad of heroic beneficiaries who live their lives fully despite their disabilities and their pool of magnanimous supporters – basically, people like you and me!

MP for Marine Parade GRC and Chairperson of GPC for Social and Family Development, Mr Seah Kian Peng will grace the event as Guest-of-Honour and be among the superheroes running in the 5km league.

Metta will not be where it is right now without these superheroes unstinting support.

Metta Charity Run 2017 continues to hold non-competitive 5km, 10km run categories as well as the parent & child 1.5km fun run. This fundraising event, targeting to raise S$180,000, provides runners with the opportunity to be amongst like-minded participants in a gathering to go the distance for a good cause and celebrate healthy living.

The fun does not just end there. A mini carnival awaits you! Get lucky with their Super Draw and win exciting prizes while you’re there!

This annual community event organised by Metta aims to raise funds for the disability care, medical care, special education and early intervention programmes that Metta provides in aid of some 1,000 beneficiaries from across various races and religions.

Registration for the Metta Charity Run is open and available at:
https://www.metta.org.sg/mettarun