Do you remember the famous number by Frank Sinatra - Fly Me To The Moon?

A few years ago when I was in command school there was this cadet who has the deepest voice. It was so deep no way on Earth I could match. It does give him the sexy edge and guess what, he is a fan of Frank Sinatra. All in his playlist were Frank Sinatra's songs. For someone of the same age, it is rare to find someone who likes those classics - making him a treasure in my list of friends! If it were not for him, I would not have known Frank Sinatra!

Thanks to British Theatre Playhouse for bringing in The Definitive Rat Pack here to Singapore, Kuala Lumpur and Dubai! Got to thank the universe for having them in my favourite cities!

I am very hopeful to hear Fly Me To The Moon and That's Amore! That's Amore, (Amore means love in Italian) music resonates well with me because I love things that are Italian ranging from the sexy language vibe, sunny sceneries and of course, its palaces adorned with Baroque designs and their Cappuccino brown skin. 😍 Besides, That's Amore gives a sort of jumpy tune which is very apt for anyone feeling happy or in love! 💓


The Rat Pack epitomised ‘cool’ in the 1960’s. Their impromptu sell out shows caused a stir and attracted the rich and famous. It was a musthave ticket to see the three artists (Frank Sinatra, Dean Martin and Sammy Davies Jr) joke and sing some of the finest songs ever written.

Having premiered in London’s West End, where it earned an Olivier Award nomination, the British Theatre Playhouse is bringing the original cast to Singapore, Kuala Lumpur and Dubai in June and July 2018.The production has subsequently toured Europe and the USA and driven by UK performers and musicians.

The Definitive Rat Pack are undoubtedly some of the world’s finest interpreters of Frank Sinatra, Dean Martin and Sammy David Jr. The three British artists, Stephen Triffitt, Mark Adams and George Daniel Long are best known for performing these roles in London’s West End, including the USA, Canada and Europe.

They have faithfully re-created that era for more than 10 years. These guys are the “The Definitive Rat Pack” and have been seen by more than 10 million people worldwide. They also regularly appear on television in the UK and overseas on BBC, ITV, Channel 4, Channel 5, Rai TV, Channel 7 in Spain, FOX, CBS and PBS in the USA. They have performed with major orchestras such as BBC Concert Orchestra and the Metropole Orchestra in Amsterdam.

Songs include the ever-popular I’ve Got You under My Skin, Fly Me to the Moon, Come Fly with Me, Sway, That’s Amore, King of the Road, Ain’t That a Kick in the Head, Mr Bojangles, Something’s Gotta Give, What Kind of a Fool Am I, The Lady is a Tramp, Mack the Knife, My Way, New York, New York and many more.

Joined onstage by special guest Nancy Sinatra played by an acclaimed West End performer and the finest U.K. musicians in the industry, take a trip back to a golden era and sit back and watch undoubtedly some of the world’s finest interpreters of Frank Sinatra, Dean Martin and Sammy Davis Jr. 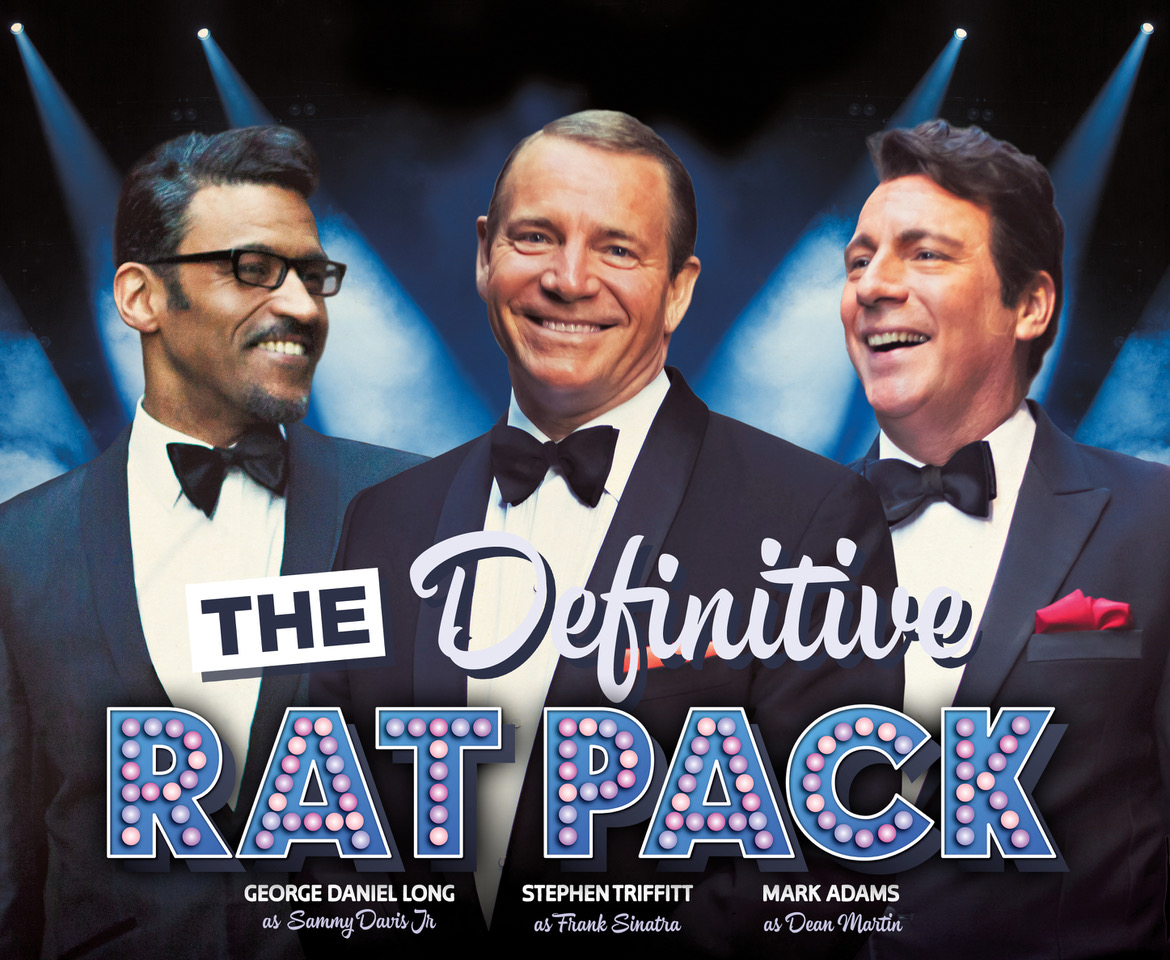 The British Theatre Playhouse is a theatre production company based in Singapore. The Patron of the British Theatre Playhouse in Singapore is the British High Commissioner H.E. Mr Scott Wightman, and in Malaysia is the British High Commissioner H.E. Ms Victoria Treadell. The company has produced many highly successful plays and musicals in Singapore, Malaysia, Thailand, Indonesia, Sri Lanka and the UK, such as Agatha Christie’s The Mousetrap and Yes, Prime Minister, as well as it has presented music performances such as Salute to Sinatra and lately, Stars of The West End, Leo Sayer in Concert and Let's Dance - Paul Roberts Sings David Bowie. Also, when HRH Princess Anne attended a charity event on 3 November 2016 for two charities of which she is the Patron, The Mission to Seafarers and Riding for the Disabled, Paul Roberts also performed there, after the respective arrangement of the British Theatre Playhouse.

Finally, the British Theatre Playhouse itself organises an Art for Charity Gala with each show to raise money for a charity. This year the aim is to raise money for The Business Times Budding Artists Fund which supports 16,000 needy children and youths across Singapore through a variety of programmes including a structured arts training programme, arts camps, workshops and signature events.

The aim of the British Theatre Playhouse has always been to inspire and bring world class live entertainment shows from London to Singapore and the region, as well as to organise charity events for those who need them the most.

The Definitive Rat Pack is such a world class production to look forward to, and the related charity gala will raise money for the charity The Business Times Budding Artists Fund. Arts can transform society and has the power to change the world. Thus, it would be nice if as many of you as possible could both come to the show and consider the charity gala as well!

If you are a fan of British arts, and around town, or probably English and miss a part of home, this is the finest yet!